A digital tool from Coldwell Banker gives insight on where people are looking to move, and what we know so far bodes well for the Bay State. 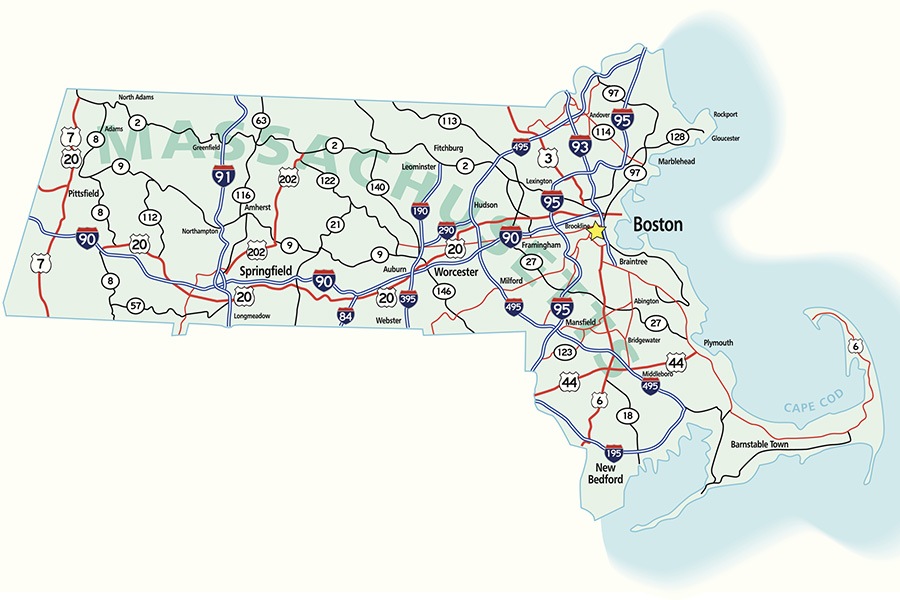 Surely, you’ve done it: Gone on Zillow or another real estate site to look at what life might be like if you moved to a place with a lower cost of living, like, say, Dallas, or Cincinnati. You’ve looked at the listings, maybe shed a few tears over how much cheaper housing is almost anywhere else, but chances are you came to the same conclusion: You’d rather weather the high rents and enjoy the high quality of life in Massachusetts.

Most proud Bay Staters agree, according to data from Coldwell Banker’s new Move Meter, an online tool that shows potential homebuyers how a move could change their life. Launched earlier this year, the site allows you to input where you are and where you’d like to be to see the differences in affordability, quality of life, and the job markets between two places. Basically, you get to further envision your life when you’re looking at a geodesic home you can’t afford in a small rural town where you probably will never live.

Since launching the tool, Coldwell found that most people were using it to look into moving out of state. The place that had the biggest proportion of movers looking to stay? Good old Massachusetts. According to Coldwell, 40 percent of all searches from Massachusetts were from people looking to move in-state, a higher proportion than any other part of the country. Take that, Florida (the state with, perhaps understandably, the highest number of people from out of state looking to move there).

Despite our legendarily pricy housing market, it’s not that shocking so many people want to stay in Massachusetts. After all, Boston was just ranked as one of the top places to live by U.S. News & World Report. There’s the access to high-quality education, easy access to healthcare, and a booming job market, things that draw in people of all ages, according to Ilene Solomon, a leading agent out of Coldwell’s Newton office. “There’s a lot of satisfaction in the state,” she says, noting she’s seen baby boomers, a generation that once sold their homes here to move South, now opting to keep ties here with a home on the Cape or in the Berkshires instead of selling their homes entirely. “Many did not want to give up their places and do a permanent move…They love Massachusetts and really don’t want to leave there.”

While the Boomers might be scrambling for vacation homes, Coldwell’s data shows the towns most people are using the tool to look at are actually Weston, Hopkinton, and Newton, as well as the city of Springfield. While that last one may be surprising (it’s the only city on the list, though far more affordable than Boston), the rest are pretty much on par with the trend of people swapping the city for the suburbs in search of more room over the last few years. And in fact, many weren’t looking to move far at all, with the highest number of people browsing Newton options from Brookline and Belmont.

Solomon says while many city house hunters wanted out of their cramped apartments, they also wanted to stay close by in case they needed to get to the airport or a new restaurant…and thus the spike in these bedroom communities’ popularity. “If (city dwellers) didn’t have any porch or outdoor space, they just got claustrophobic,” she says. “They just came rushing out of the city. They wanted the suburbs, and most of them came to Newton.”