A Charming Antique Kitchen Gets a 21st Century Update

A kitchen in this early 20th-century home is accentuated by antique fixtures, modern fittings, and luxe finishes. 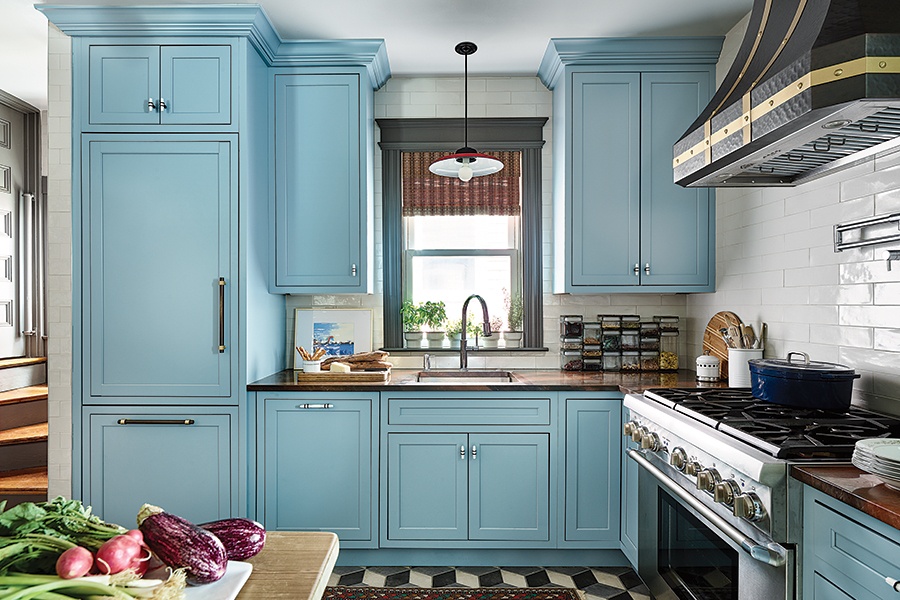 Interior designer Dane Austin’s redesign plans for the kitchen of his 1905 gambrel shingle-style residence in Dorchester initially included a reconfigured layout. But ultimately, he scrapped those ideas. “It was a good use of space,” Austin says. “We wanted to honor the architecture of the home.”

However, if you saw a before and after comparison of the cramped, dated kitchen, you’d hardly recognize it now. Austin and his team brightened the room by raising the ceiling and painting it a high-gloss white, adding a mirror to reflect the light from a newly added window, and installing floor-to-ceiling tiles.

An oversize custom wood island (inspired by those used in Provence kitchens) and an ornate sculpture-like hood over the new Thermador range emulate the antique charm the house is brimming with while bringing the kitchen into the 21st century. And Austin took care to preserve some of the home’s original design features, including the crown molding and service stairs that lead to the parlor. “We were good stewards of the property,” he says. “[We] created something that will be appreciated for years to come.” 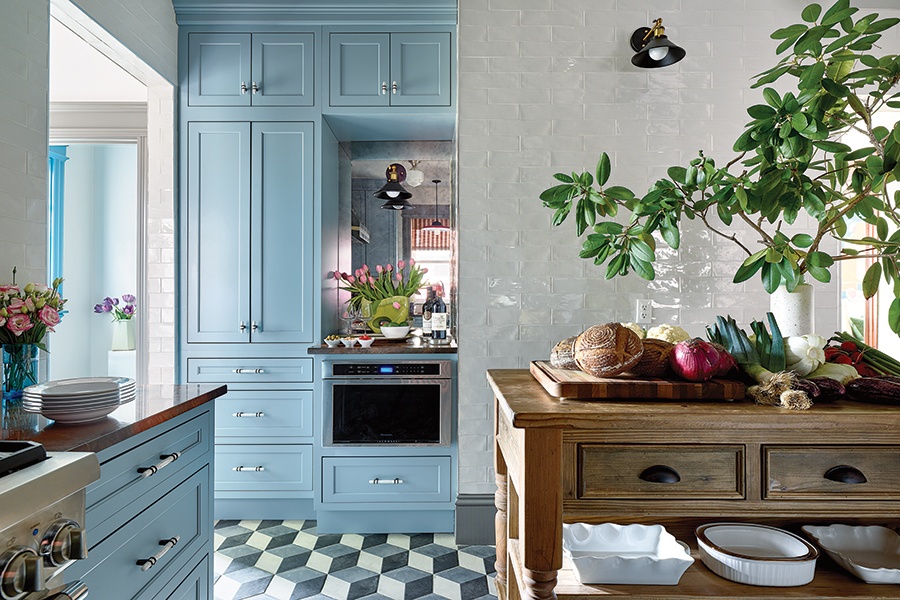 “Any color can be a neutral if it’s used in the right way,” says Austin of the robin’s-egg blue cabinetry. The charcoal tones of the tiled floor temper the whimsy a bit. “I didn’t want the space to feel saccharin,” he adds. / Photo by Jared Kuzia 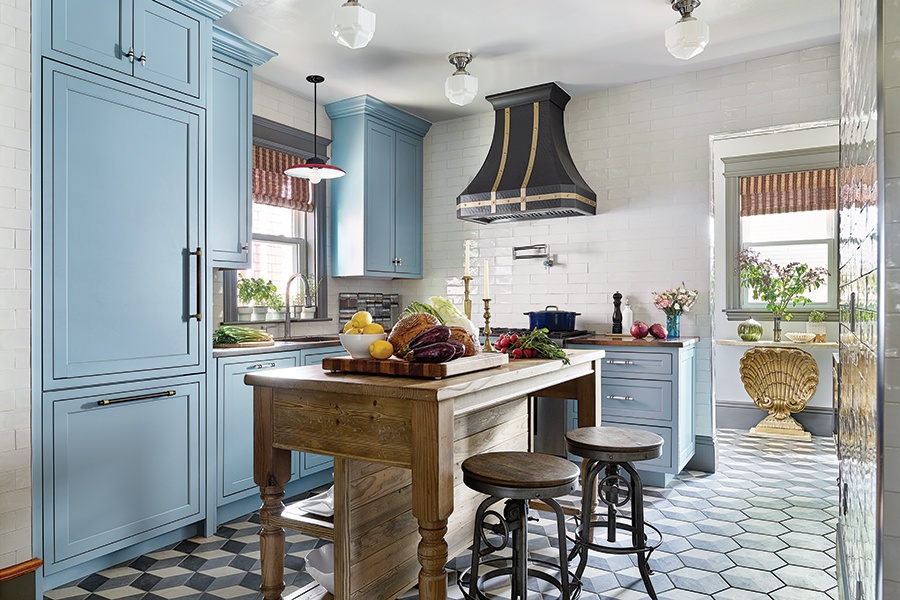 The harsh, unflattering recessed lighting was replaced with art deco–style globes. “There are so many more sophisticated ways to light the space,” Austin says. Here, the overhead semi-flush fixtures are as decorative as they are functional because they “emit light from every direction,” he adds. / Photo by Jared Kuzia

See the rest of the Kitchens Guide 2022.