The Residences at 471 Hanover in the North End offer a new European-inspired twist on an 1900s-era building. 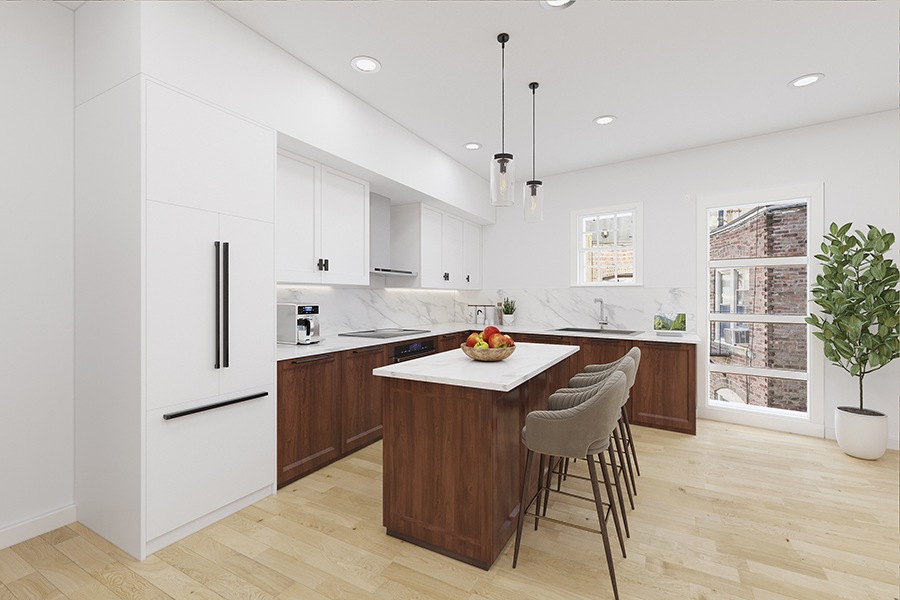 Each Boston neighborhood has its own appeal, and the North End’s is that it feels like a European city. It’s not just the Italian fare and culture that makes you feel like you’re revisiting your semester abroad in Florence, but the cobblestone streets and brick buildings. Long story short: aesthetics are an important part of what makes the North End what it is.

So when an affiliate of Rhino Capital Advisors bought a formerly family-owned building on Hanover Street,  they, along with architect, Embarc, knew they wanted to create a space that fit the look and feel of the neighborhood with modern touches. They turned to the Gilardi Group of Gibson Sotheby’s, which worked with the family to sell them the building, for advice. Three years and a pandemic later, they’ve crafted a six-unit building that maintains the European flair of the neighborhood while meeting the needs of contemporary home buyers.

The new Residences at 471 Hanover has six units total, with a range of sizes from a one bedroom unit to a three bedroom duplex. The homes range in price from $977,000 to $2,049,000, and are now opening up for hard hat tours for potential buyers.

The building, which was originally constructed in 1900, had to undergo a complete renovation under the new owners. Toni Gilardi, principal and executive broker of Gilardi Group Gibson Sothebys, which is exclusively selling the units, says architects took advantage of the renovation to modernize the structure, but also add nods to the era in which it was built and to the neighborhood’s roots.”The North End is the oldest and most historic neighborhood in all of Boston,” Gilardi says. “We most definitely wanted to pay attention to the European flavor of the neighborhood.”

When visitors enter the lobby of the brownstone, there will be a historical mural in the front entryway. The tile floors will be black and white octagons, common in buildings across the pond. The six high-end condos all boast a neutral white color palette with splashes of warm natural woods, also influenced by European design. This is displayed prominently in the gourmet kitchen in each unit, which all boast white quartz countertops, high-end appliances, and lacquer white cabinets—a popular choice in Italy.

The same neutral palette is used in the bathrooms where Carrara marble countertops, subway tile floors, and frameless glass showers add to the sleek feel created by the neutral color palette. Each unit also has light wood flooring and an abundance of tall windows for letting in natural light and offering glimpses of the streetscape below. “It captures that modern aspect for people who might not want (the more common) brick and beam,” says Lauren Newton Primiano, vice president of the Gilardi Group. 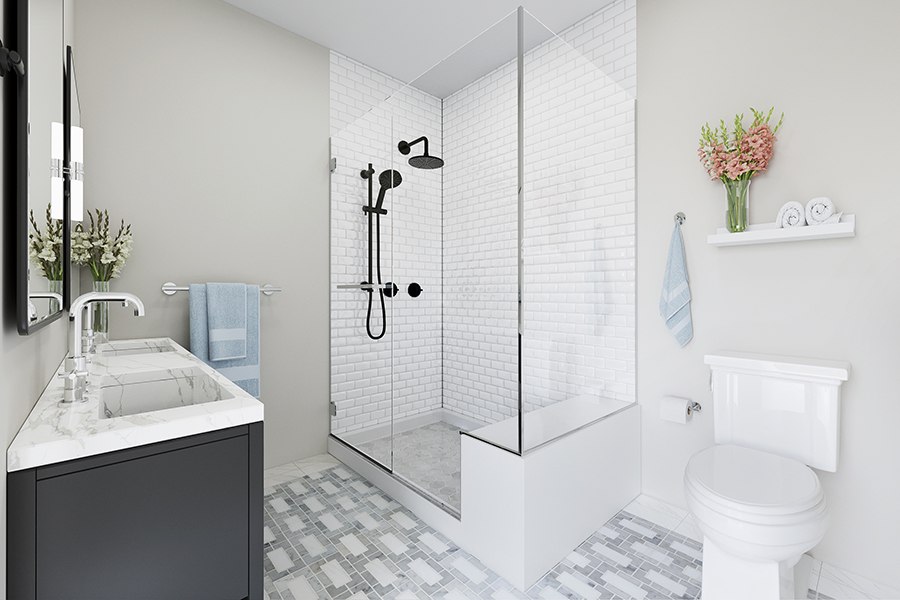 The process of completing this building has been a long time coming, says Gilardi. COVID delayed the process, but the unintended extension meant more time to craft units that meet the shifting needs of buyers. This included adding outdoor space (a hot commodity in 2020 and beyond) to every unit. “We found people (felt) claustrophobic in apartments and smaller condos,” she says. “The people who didn’t feel that pressure were people who had some amount of outdoor space.”

Gilardi says there’s been a lot of interest in the homes from people who sold their places during COVID and want a pied-a-terre now that the city is back up and running. Adding to the appeal is the walkability, proximity, and culture of the North End—the cherry on top drawing in buyers eager to stake a claim in the resurgent social scene here in Boston. “We developed this very high end but affordable property that checks all the boxes and is very manageable cost wise,” she says. “It’s giving people the option to get luxury in a bigger building without condo fees and concierge.” 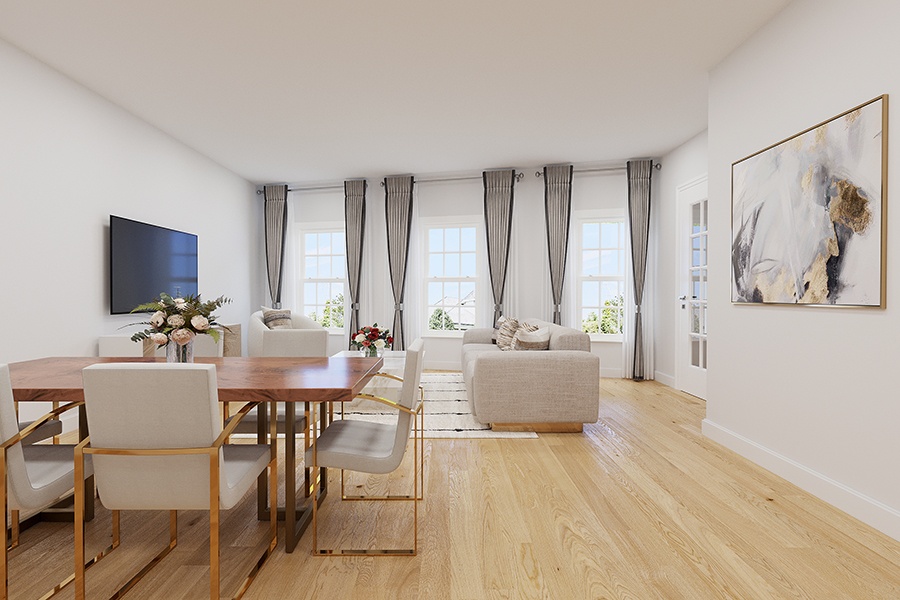 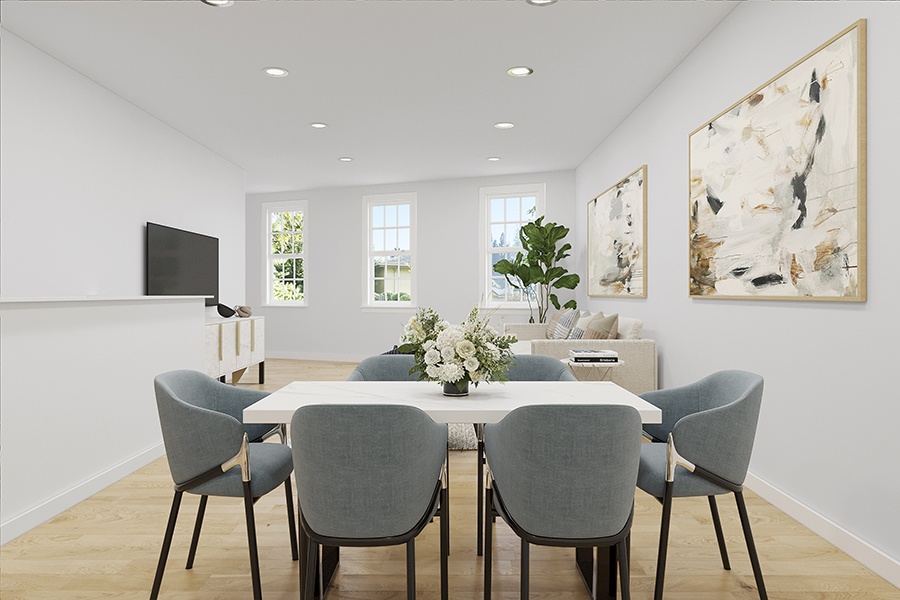