A tiny roof deck in the middle of the city gets an awe-inspiring makeover. 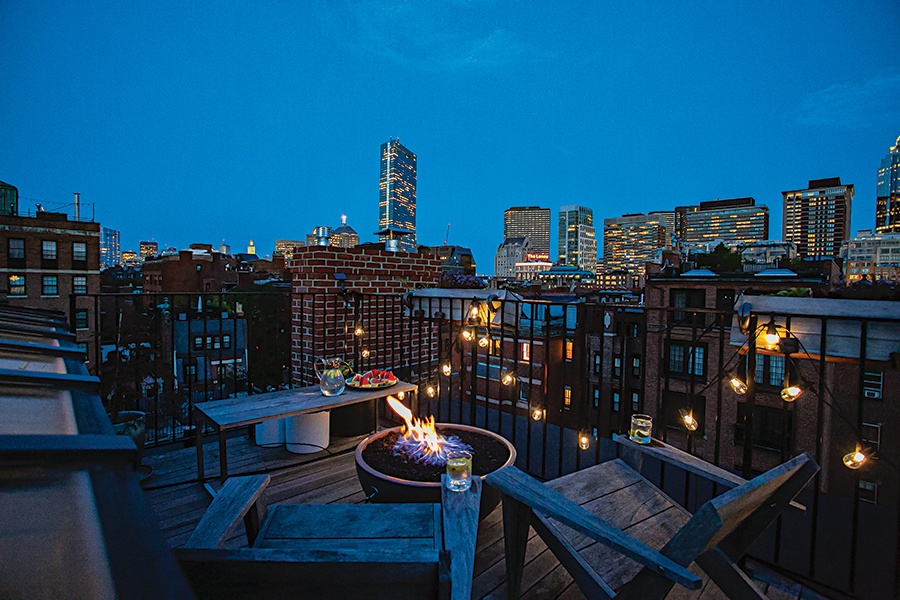 A two-story condo in a Back Bay brownstone had a highly coveted private roof deck, accessed by a head house in the center. Yet the space was cramped thanks to a large skylight that took up most of the roof: Views could only be seen from the front of the head house, overlooking the neighborhood, and not the back, which boasted an unfettered view of the glittering skyline.

The homeowners asked Frank Shirley Architects to reimagine their outdoor space during a renovation of the property. “The original deck claimed about 25 percent of the roof, while the other 75 percent offered front-row seats to the Prudential and Hancock buildings,” says Frank Shirley, who called for the replacement of the head house’s low plaster ceiling with a pyramidal glass roof; he also made the interior stair landing glass. Because light from the ceiling and stairway could not filter down into the home’s living spaces, Shirley was able to convince the homeowners to remove the roof’s skylight. Now the deck encompasses the area behind the head house as well as in front of it. “The brownstone is taller than all the row houses around it. So the roof deck is very secluded, and now they can really use it,” Shirley says. “It’s one of the neatest spaces we’ve been able to create on a project.”