A new chapter for Beacon Hill

Beacon Hill Books & Café not only fills a niche in the market—its layered aesthetic appeals to design enthusiasts and book lovers alike. 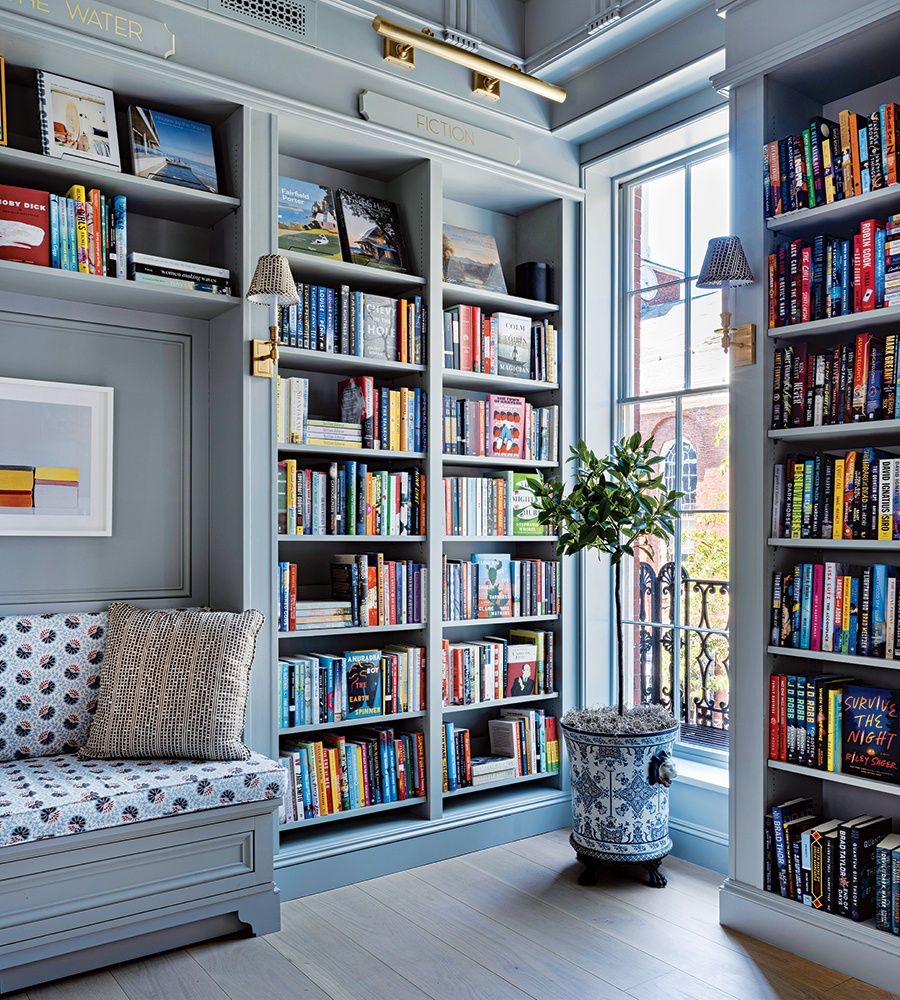 After relocating to Beacon Hill from Texas in 2019, Melissa Fetter was struck by the fact that there were no bookstores in the neighborhood. Fetter and her husband had lived in the area in the 1980s. “During that time, there were a few bookstores in Beacon Hill, but they were all gone,” she reflects. “It didn’t feel right to me that there wasn’t a bookstore here. After a while, it started to occur to me that maybe I was meant to open one.”

By early 2020, Fetter had purchased a narrow brick Greek Revival on Charles Street, the first step in turning her inkling into a reality. Five stories tall and one of the street’s first townhouses built in the 1840s, the building retained some of its original detail. However, broken down into a warren of tiny apartments, it was in poor condition and required a major overhaul. But Fetter, having restored several homes over many decades, was undaunted.

“I love design and architecture. It was very natural and exciting for me to work on a project like this,” she says, noting that creating a distinct vibe for the shop was one of her core goals. “All businesses must be compelling these days to be competitive. I wanted the experience of being in the shop to be very special, a point of attraction animated with lots of design details.” 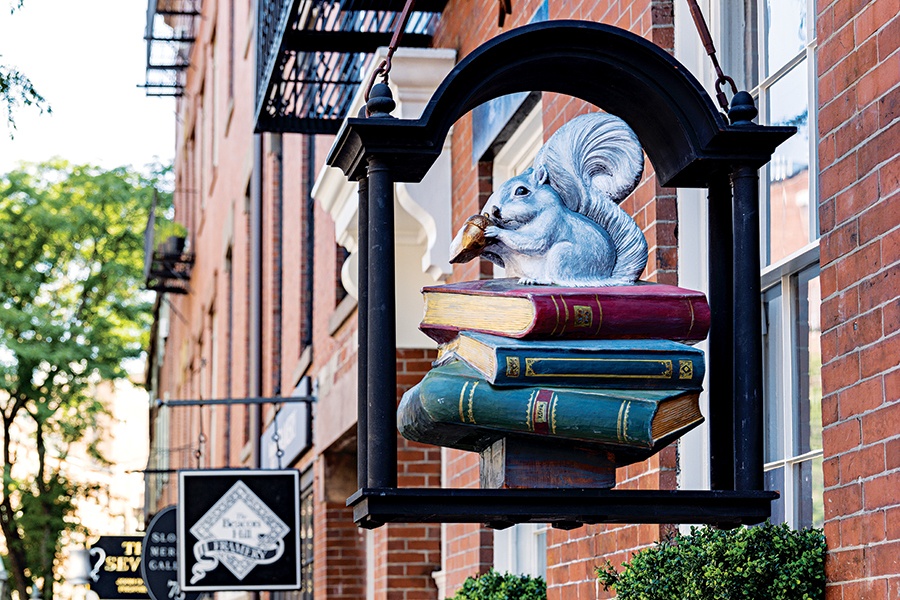 To draft plans to unify the building and update its infrastructure, which included making it ADA compliant and replacing all systems, Fetter tapped local architect Monika Pauli of Pauli & Uribe Architects, who appreciated her vision immediately. After the building was taken down to the studs, construction started in January 2020, only to come to a halt as the pandemic took hold; it resumed gradually that fall and was impacted by numerous COVID-related delays and supply chain issues. Yet the project prevailed. Monika Pauli says, “It has been an absolute joy to work with Melissa on this because of her vision. She has paid incredible attention to detail—every doorknob, every nook and cranny—and we have been on the same wavelength about everything.”

To refine the color palette and fabric selection, Fetter consulted with acclaimed designer Cathy Kincaid, whom she worked with on multiple design projects in Texas. “Melissa has a wonderful eye for design, and she is very organized,” says Kincaid, who assisted in the selection of the Farrow & Ball paint colors used throughout the space and suggested that all the fabrics and wallcoverings be made by American heritage brand Sister Parish Design, run by the family of the legendary decorating doyenne Sister Parish. 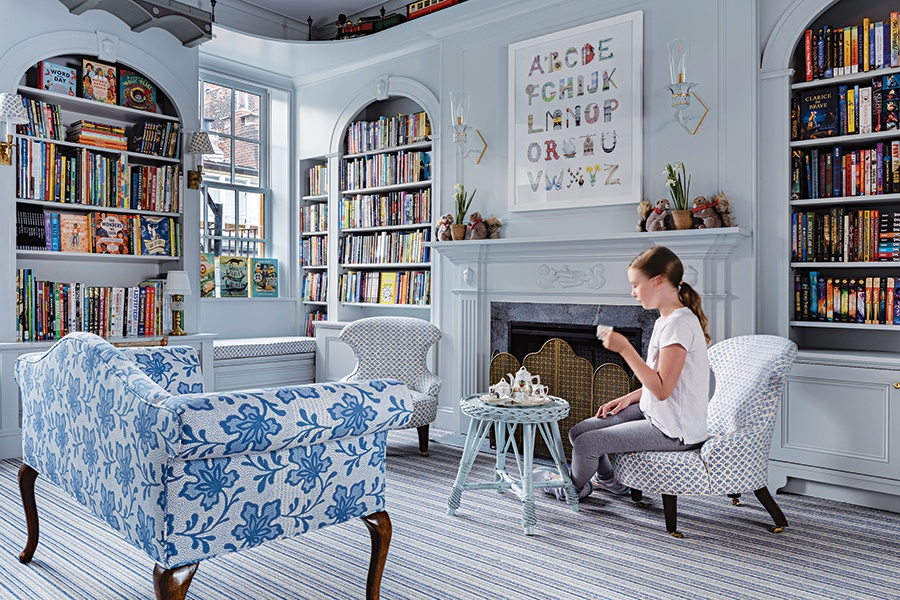 In the Children’s Room, two small chairs flank a tea set, and just beneath the ceiling, a model train chugs around the perimeter of the space. / Photo by Sarah Winchester 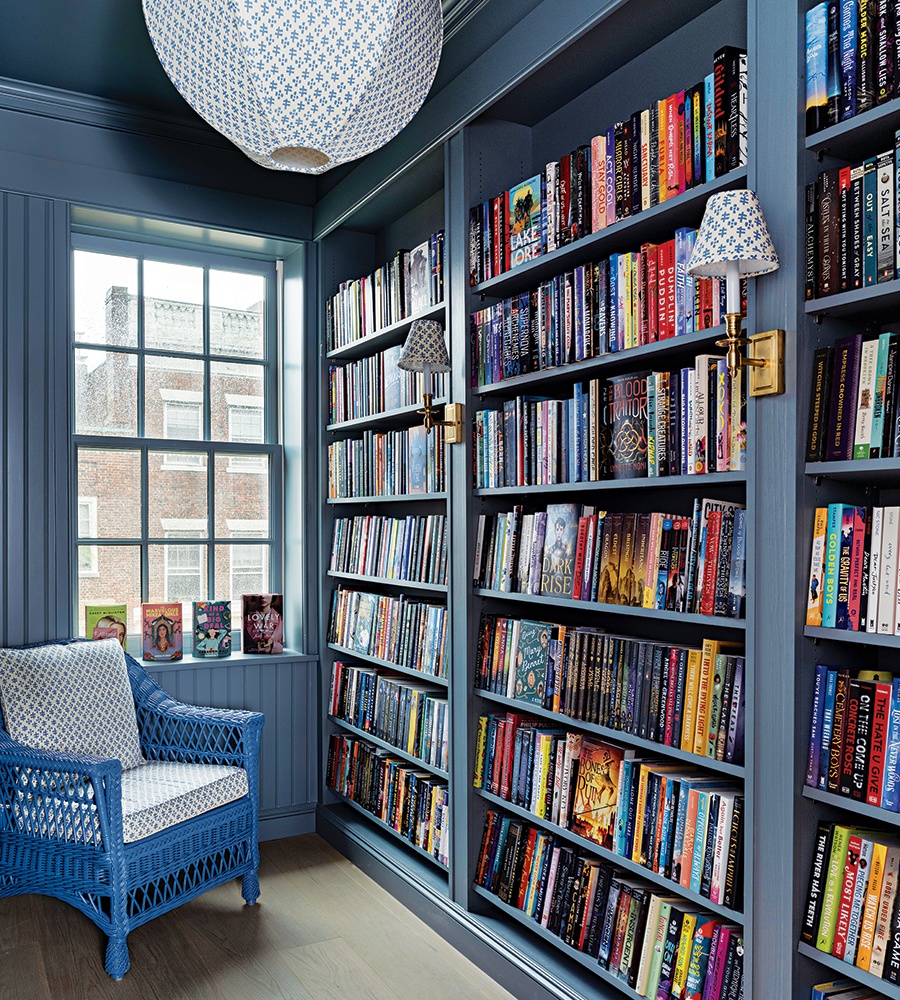 The Young Adult section has one of the most robust collections in the city. / Photo by Sarah Winchester

The team at Sister Parish, run by Sister’s granddaughter and great-granddaughter, was eager to be part of the project. “Sister Parish seemed like the right fit. It’s a fourth-generation company. The brand has an Americana look with a contemporary spin,” Fetter says. “And that’s how I want this space to be, grounded in the past but with a nod to the future.”

The building’s original fireplaces—built for Gilman Joslin, one of the most prolific globe makers of the 19th century—were restored, and historically accurate paneling and trim were installed. Countless creative touches abound, including hand carvings in the ceiling moldings that relate to Arts and Letters along with acorns, which nod to the shop’s mascot, a fictional squirrel named Paige.

The three floors of books start on the main level, where new fiction and non-fiction are showcased, followed by sections devoted to art, design, and international affairs. There’s a special room devoted to young adult readers, and the ample children’s section takes up the plush carpeted fourth floor. A large selection of cookbooks is stocked on the ground floor café, which has an outdoor terrace and is overseen by chef Colleen Suhanosky of Brookline’s Rifrullo Café. 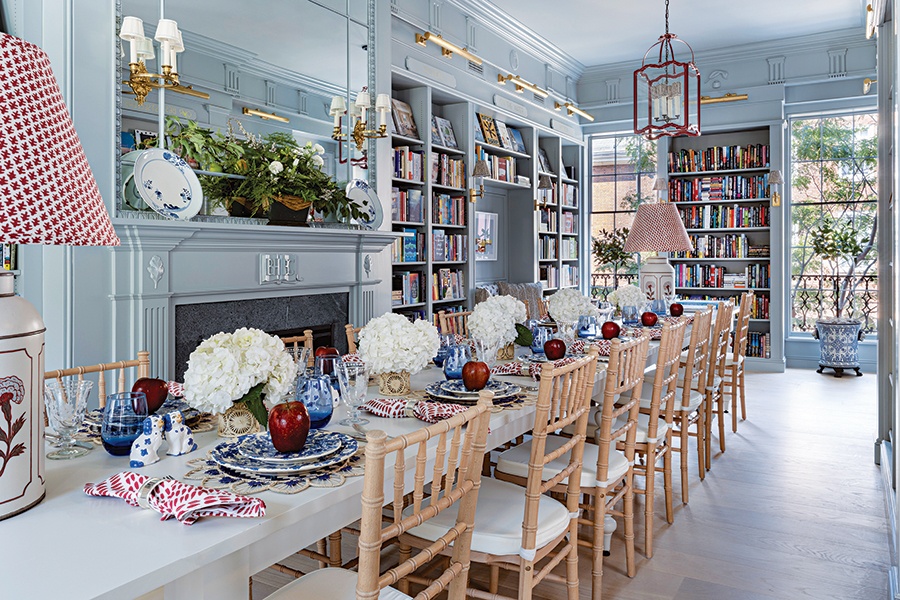 Shades of red, blue, and white, paired with Staffordshire and Sister Parish lampshades, create an artful scheme atop the custom table. / Photo by Sarah Winchester

Fetter’s intent is for the shop, which opened in October, to be a community hub—a lively spot for conversations with authors, a place for small groups to gather in the café over tea in the colder months and on the terrace with glasses of wine on summer evenings. The space is also available to rent for small events: On the third floor, a large table was designed to accommodate private parties of 20.

Fetter hopes customers will seek out the shop as a destination, and she encourages them to linger in the shop, to take their time perusing the vast selection of volumes. “Too often bookstores are cramped, and you are climbing over people looking for a place to sit,” says Fetter, noting that all the window seats, chairs, and benches in the shop are meant for sitting.

“The way Melissa has fashioned the space is very witty and creative. It has so much variety; I think it will compel people to visit,” says Kincaid, a sentiment Pauli echoes: “The bookstore and café have all the elements of a beautiful business that everyone in the neighborhood wants and needs.”