It’s a new frontier in one of the country's tightest rental markets. 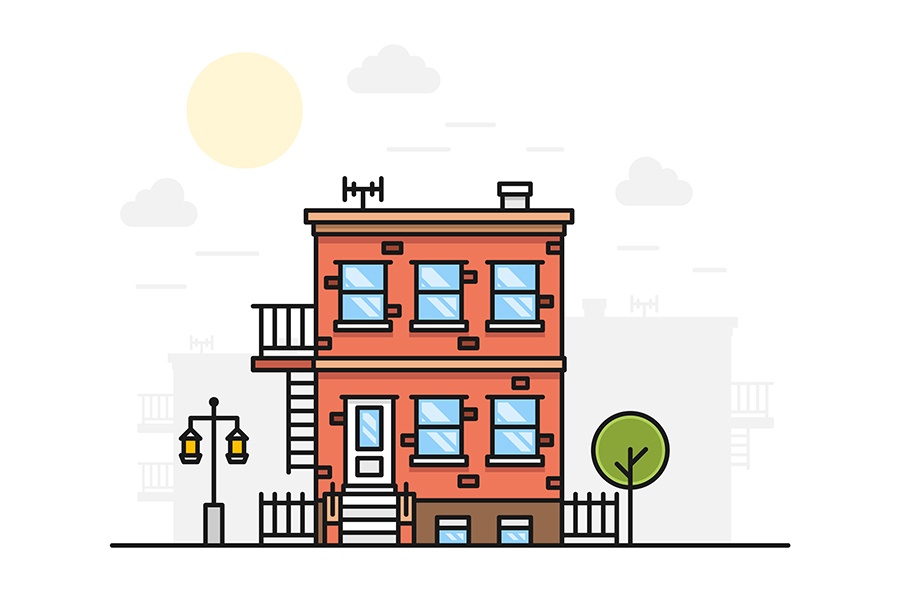 With Boston area rents at a near record high and vacancies at a low, landlords are pushing the boundaries as some take advantage of market woes by raising rents significant amounts. But a group of renters in a Somerville tenants’ union experienced something unusual even by today’s current realities: a lease renewal with a non-disclosure clause requiring them to keep the terms of their agreement confidential and preventing them from publicly disparaging the building’s ownership.

In the spring, residents living within a block of residential buildings on Summer and Laurel Streets in Somerville received their annual lease renewals from property management (all the buildings in this block are owned by Broadsum TIC Manager, an affiliate of the Grossman Companies, and managed by Senne). Many tenants expected increases, but not more than a couple hundred dollars a month. Still, according to Sam Geheran and Leo Barba, a couple living in one of the buildings, rent hikes varied from 14 percent up to 33 percent and amounted to some people paying more than $400 in additional rent per month.

Geheran and Barba say they were asked to pay $400 more each month (a 24 percent increase) for a one-bedroom unit so small that they claim it couldn’t even fit a full-size fridge. Teddi Parsons, another tenant, says she received a $425 monthly rent increase (a 28 percent hike) after 29 years of living in a 400-square foot unit that hadn’t been upgraded since before she moved in. And Alicia Pritchard says she was asked to renew for $450 more a month (a 27 percent increase) for a water-damaged apartment that sometimes loses heat in the winter.

While some tenants were able to negotiate their rent increases down from the original proposals, others weren’t, and it didn’t appear to Geheran and Barba that there was much rhyme or reason behind who was able to catch a rent break, and who wasn’t. The couple had begun working to form a union in the months leading up to the proposed rent increases, in order to address ongoing maintenance issues; their effort gained new steam after the tenant renewal contracts arrived. “One of the factors that galvanized us and made us want to organize [was when] one of our neighbors that we were close to was forced to move because she got a rental increase,” Geheran said. “We were like ‘Wow, we don’t want that to happen to our other neighbors.’”

With help from Community Action Agency of Somerville (CAAS), which describes itself as an anti-poverty group, tenants formed the Castle Tenants Alliance. The union included renters from 22 units across the buildings owned by Broadsum, which acquired the properties in December 2020. The Alliance worked with CAAS to organize and to send letters to the Grossman Companies and property manager Senne asking for more moderate rent increases and uniform lease terms. The Alliance, according to Geheran, also asked for repairs to be made to the buildings and its grounds, such as fixing the concrete on the backyard pathway and fixing broken communal laundry machines, as well as addressing erratic heating in some units during colder months. In response, a representative from Grossman and Senne stated in a letter that “maintenance problems…historically brought to our attention have been consistently responded to as soon as possible,” and offered “to have a dialogue about rental calculation” with members of the union.

In the summer of 2022, the tenant’s group, along with at least two Somerville city councilors and a member of CAAS, met with representatives from Grossman and Senne. When the meeting began, they were hopeful that the two sides could find common ground. According to Geheran and Barba, who were present at the meeting, tenants shared why the rent increases affected more than just their wallets: they’d built a community with their neighbors now threatened by rent increases outside the norm historically seen in the building.

Then, according to Geheran, a Grossman representative at the meeting shifted the focus to what city councilors were doing to support tenants, saying that Somerville politicians should provide rental subsidies. Geheran says the Grossman rep also “put the burden” on the tenants to find a solution to the problem. “I felt we weren’t seen or heard,” Geheran added. A representative from the Grossman Companies declined to comment on what was said during the meeting, adding “the purpose of the June 10, 2022 meeting was to resolve tenant concerns specific to 29 Laurel and we have reached a resolution.”

Then came the leases. The tenants in attendance at the meeting, who were part of the union and had not yet resigned their leases, were offered new written agreements with terms that would limit their right to speak out. According to a copy of a lease, reviewed by Boston, the new agreement would require tenants to “keep the terms of [the] agreement confidential” and “not disclose its terms or allow this agreement to be provided to any third parties.” The lease also contained a provision stipulating that the tenant would “not take any adverse action or make disparaging statements” against the Grossman Companies, Broadsum TIC Manager, and Senne. The tenants who received proposed leases with this language say they were offered lowered rent rates in them as well.

In response to a request for comment about the language in the lease renewal, Senne, the Grossman Companies, and Broadsum TIC Manager sent a joint statement asserting that tenants in 19 of the 22 apartments at the Laurel Street building re-signed leases for the next year, representing an “above-average retention rate.” It’s a testament, they stated, to the companies’ “thoughtful renewal process, the quality of the property and the competitiveness of our rents.”

The statement went on to say, “We are always happy to work with our tenants––individually or as alliances––to address their concerns and needs. We value each of our residents and work hard and in good faith to find solutions for their individual situations, while gradually keeping pace with market conditions which include increasing costs of operation like real estate taxes, materials and labor.” A representative from the three companies also stated that the maintenance issues tenants raised have since been resolved, saying “there are currently no open tenant or maintenance issues at this property.” When asked specifically about the non-disclosure clause in the lease, they stated, “these are privately negotiated legal agreements with individual tenants, so it is not appropriate to disclose contract details.”

As a tactic to hinder concerted action among tenants, non-disclosure language in leases is not exactly new, according to organizers from City Life/Vida Urbana, which helps Greater Boston tenants unionize. But state organizer Ronel Ramy, who’s been with City Life/Vida Urbana since 2014, says landlords’ more frequent tactic is to offer reduced rents to tenants who leave the union or abstain from negotiations. When NDAs are added to the mix, says Nicole Eigbrett, director of community organizing for CAAS, landlords can achieve a two-fer: discouraging unionization while also offering preferential rents to cooperative tenants, without anyone noticing. “We’re really concerned this is going to set a dangerous precedent,” Eigbrett added.

Somerville City Councilor Kristen Strezo, who was present at the meeting between the Castle Tenants Alliance and Grossman and Senne, put forward a City Council order in July asking a city attorney to examine whether non-disclosure clauses should be allowed in leases. She, too, is concerned that residents might fear retaliation if they don’t agree to the non-disclosure language. “The goal is consumer protection,” she says. “I’m gobsmacked that an NDA was even presented.”

Back inside the buildings at Summer and Laurel streets, tenants—who say they hoped to build a more collaborative and transparent relationship with building management—were left to grapple with whether to accept lower rents at the expense of their ability to share the details of their lease with one another. “I was extremely uncomfortable with keeping any offer made by the landlord secret from the others in the union,” says Pritchard, one of the affected tenants.

While many of the union members did ultimately re-sign their lease after negotiating the terms of their renewals (including eliminating the non-disclosure language), some, such as Teddi Parsons, renewed with the intention of finding another place to live. While the 68-year-old personal organizer was able to negotiate her rent increase down by $100 a month, she says it’s not enough to keep her in the building. “I totally get it that property owners need to increase the rent,” she says. “It is legal for property owners to charge whatever they want. But there is something wrong with this picture.”