So You Want To Live in the Back Bay?

Five things to know if you’re considering a move to the city’s most cosmopolitan—and convenient—neighborhood. 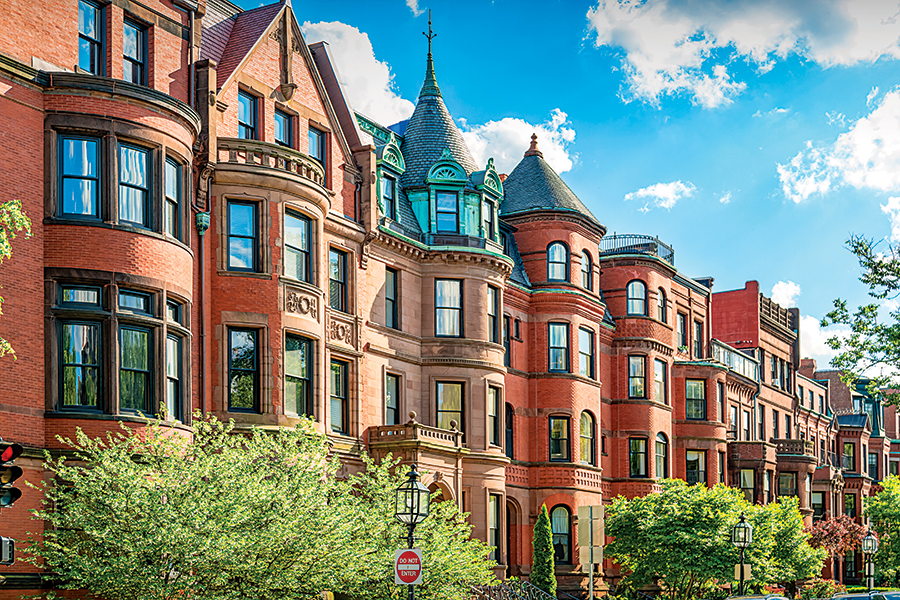 The Back Bay’s brownstones were built during the Victorian era to house Boston’s elite—and they remain in high demand today. / Photo via Benedek/Getty Images

It certainly ain’t cheap to live in the Back Bay: The median sale price for a condo in 2021 was $1,299,000, up 12 percent since 2020. But from cozy one-bedrooms with Charles River views to multilevel brownstones big enough for a family, the neighborhood actually does have a little something for everyone, and while there’s never enough to go around, the limited inventory has insulated it from the dramatic price fluctuations of the past few years.

You’re in the city, so there won’t be much of one (duh!). It’s just a quick stroll to the Financial District, Beacon Hill, and the South End, and only a tad longer to hoof it to Fenway and Brookline. From Back Bay station, meanwhile, you can pick up the Orange Line and the commuter rail, and there are several Green Line stops to choose from throughout the neighborhood.

It’s all about the brownstones, baby: They’re among the best-preserved examples of 19th-century architecture in the United States, and the neighborhood is listed on the National Register of Historic Places. They’re not the only thing luring new residents, of course: Anchored by two of Boston’s most stunning architectural icons—the Boston Public Library and Trinity Church—Copley Square is typically teeming with activity, from farmers’ markets to festivals.

4. Check out the Culture

With restaurants showcasing virtually every cuisine imaginable, you won’t have any trouble finding a good takeout spot or neighborhood hang. The locals have their favorite tucked-away gems, including Casa Romero—where you can linger over margaritas on the back patio—and the recently opened Little Whale Oyster Bar, which nods to New England’s coastal clam shacks and oyster bars with classic yet elevated seafood from chef Michael Serpa.

5. Scope out the Schools

The Back Bay is in the Boston Public Schools system—a district that consistently ranks below the state average in student achievement—so some parents opt to send their kids to private schools just outside the city. If you’d like to school your kids in the neighborhood, the Learning Project on Marlborough Street and Exeter Street’s Kingsley Montessori are good elementary options. For middle and high school, the Newman School offers an International Baccalaureate program and encourages students to use the city as their campus. You can always hold out for admission to a public exam school, but entrance is governed by a complex lottery.

First published in the print edition of the January 2023 issue.