How to Do a Proper Bone Marrow Luge 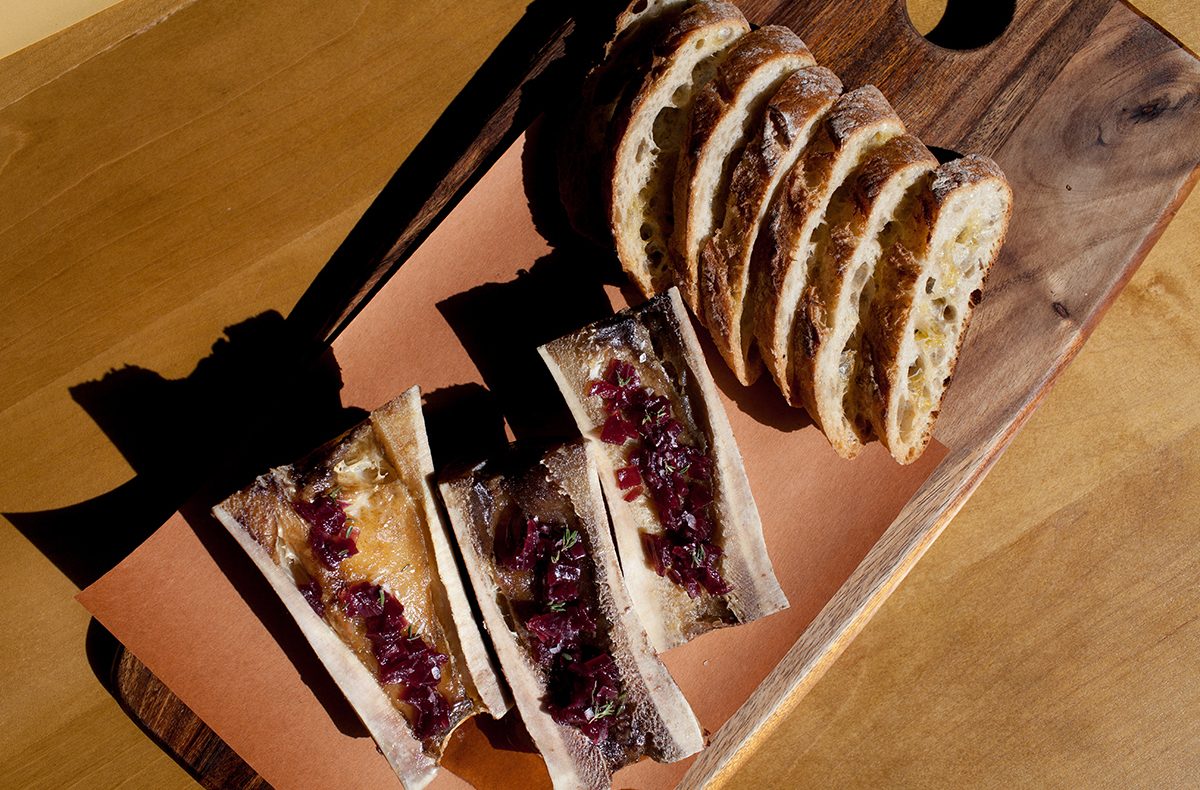 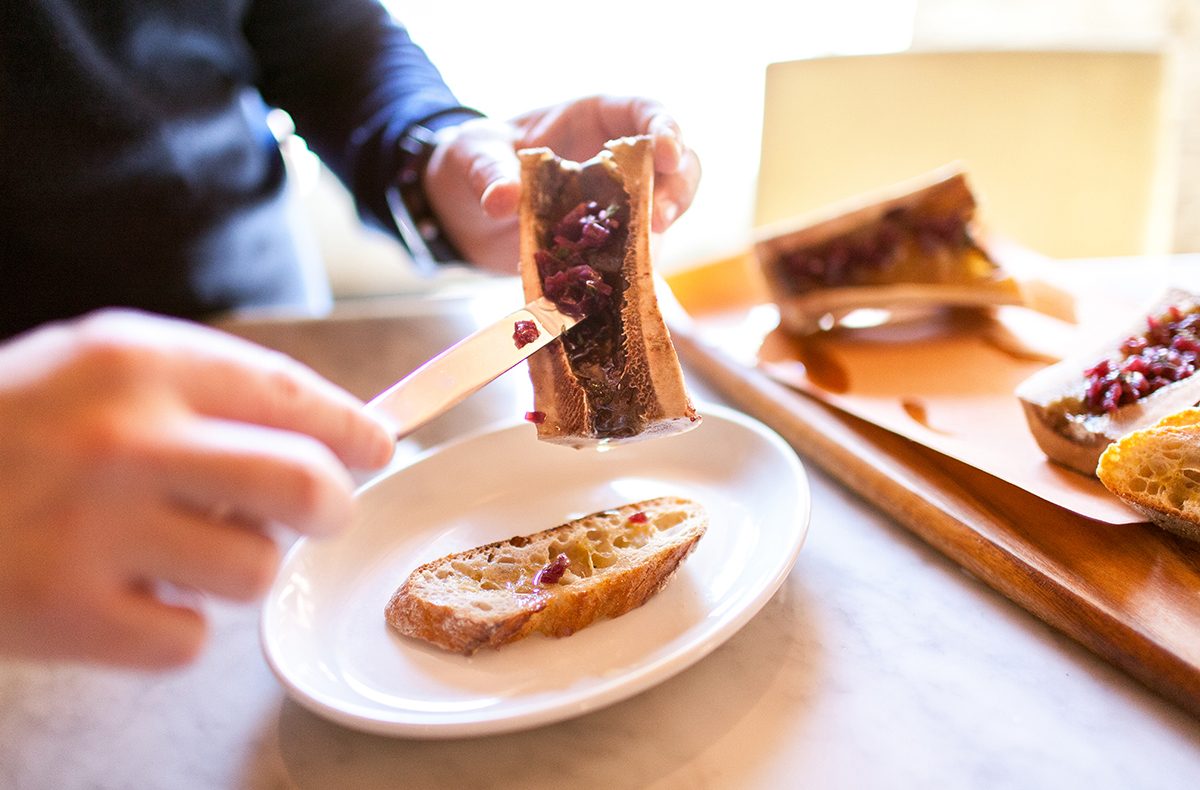 Scrape as much fat and marrow meat onto toasted rounds of rustic bread.Photo by Alex Lau 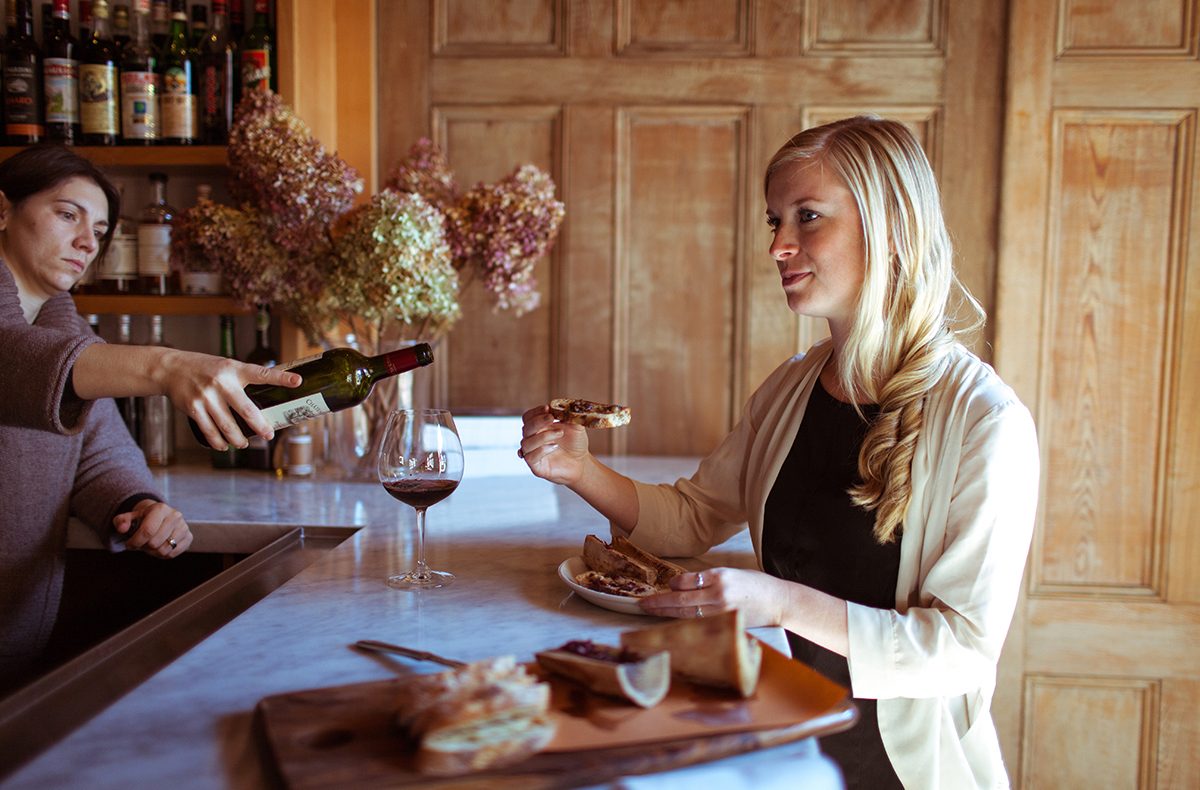 Marrow is inherently messy. Eat over a plate, as if it were a greasy slice of pizza. Photo by Alex Lau 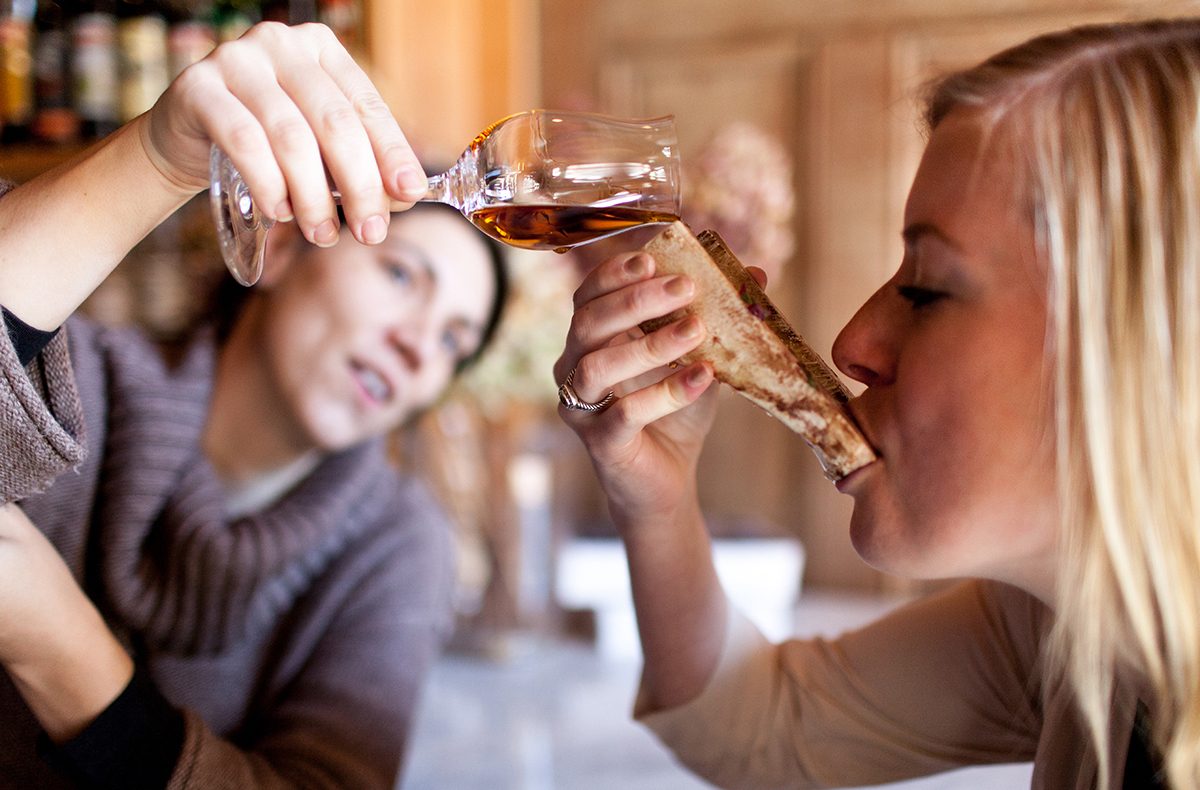 Put the tapered end of the bone in your mouth and have a friend pour your favorite spirit slowly down the center. Above, Liz Vilardi (left) and Mary Concannon show you how it's done.Photo by Alex Lau 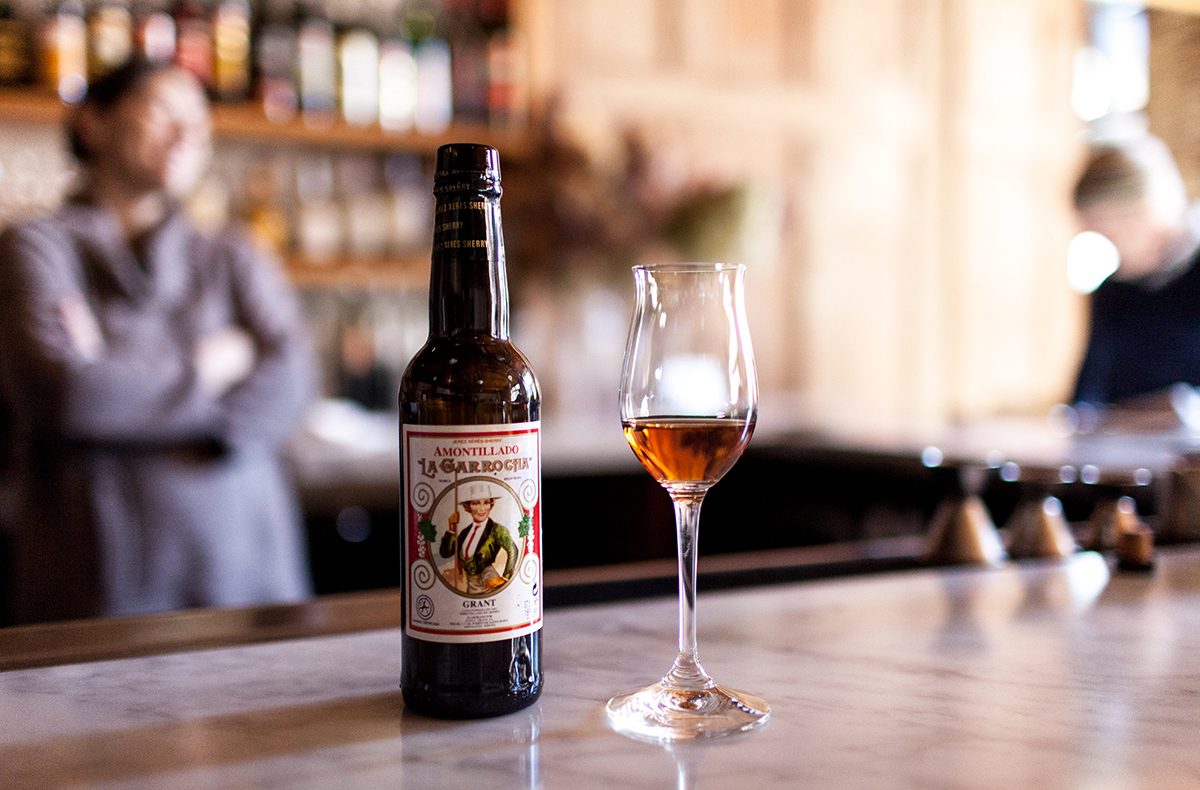 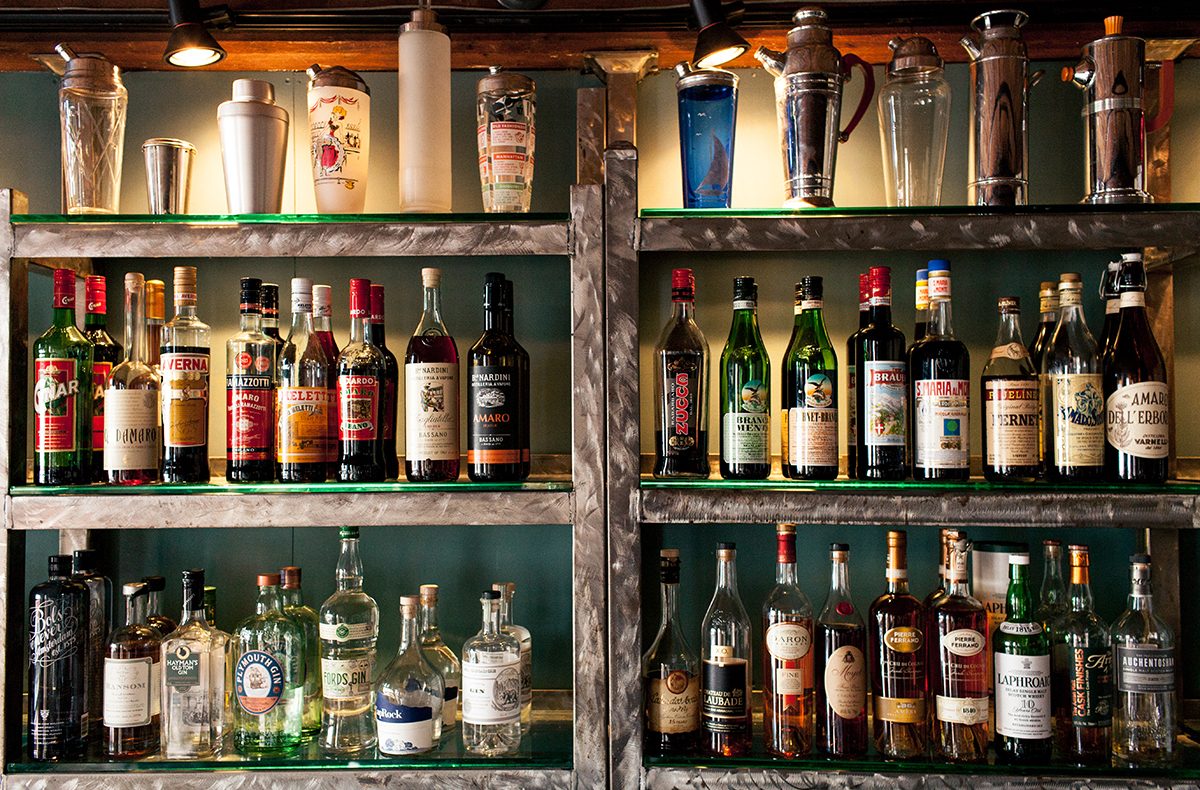 6. Try With Amaro or Cognac

Not interested in the wonders of sherry? No problem! Check out Belly's incredible selection of amaros like Averna, Nonino, or Montenegro. "If a guest orders bone marrow, we're up for pouring anything," says Vilardi.Photo by Alex Lau

When Liz Vilardi and Nick Zappia opened Belly Wine Bar in the summer of 2012, the husband-and-wife duo sat around with their newly hired staff and contemplated some ways to make wine seem “less stuffy.” Somehow, the conversation got around to their college years, and an underground tradition was born.

“Before we opened, Fanny [Katz, Belly’s former general manager] and I were throwing out random ideas for the menu,” says Vilardi. “We wanted to do something reminiscent of being a kid and doing stupid stuff. I wasn’t bad, even in college, so I was living vicariously through everyone else’s experiences of doing shots and beer-bonging. It was all very sorority girl, very ‘bro.’ Fanny ran with it and suggested doing shots of sherry funneled through beef bones.”

Although Vilardi says she had no knowledge of “luging” prior to putting it on her menu, Portland, Oregon, bartender Jacob Grier has been credited with its conception back in 2010 at Metrovino. Now restaurants in New York, Los Angeles, Denver, New Orleans, and Oklahoma City have all introduced the practice, and there’s even a fan website touting its carnal pleasures.

Besides the obvious novelty of adults downing shots of posh liqueurs and digestifs through an emptied-out shank bone (in the earnest surroundings of reputable dining spots, nonetheless), bone luging actually serves a purpose. The combination of viscous sherry and marrow, which is filled with the amino acid L-glutamate, is an umami overload. The alcohol helps dislodge every last bit from the porous interior and the meat actually warms the sherry, which subsequently helps release hidden aromatics.

“For regulars,” says Vilardi. “We make them do it. Or if we see some rowdy table eating bone marrow, we’ll go by and sort of coyly tell them about luging. We advertised it at the beginning, but now it’s on a need-to-know basis. At the time we created it, we had a huge sherry list and a ton of intimidating things on the menu at Belly. We wanted to introduce something that let people know we don’t take ourselves too seriously.”