Inside the 50 Best Restaurants

From unusual ingredients to peerless playlists, take a behind-the-scenes peek at what makes the city's finest restaurants tick.

Taking inventory of a few of the unique Middle Eastern and Mediterranean ingredients at chef Cassie Piuma’s disposal. —Leah Mennies 1. Smoky black cardamom adds warmth to braised beef, and is infused into syrup for cocktails.

2. Piuma accents seafood dishes with mastic, the piney resin from a tree that grows in Greece.

7. Membrillo, or jellylike quince paste, is melted down and used to lacquer crispy pork belly.

A Tale of Two Kitchens

One is a massive, state-of-the-art showpiece commissioned by Barbara Lynch. The other is essentially a shoebox. Yet both produce food that, though wildly different, is exceptional in its own right. Below, a closer look at these two kitchen extremes. —L.M. Spoke: “One of my favorite moments is the look on people’s faces when they come up to the window and look into the kitchen, and it’s this mixture of horror and amazement. They say, ‘You’ve been doing that out of this little space?’ I smile and I say, ‘It’s not the size of the boat, it’s the motion of the ocean.’” —John DaSilva, executive chef At tapas-bar-meets-record-shop Tres Gatos, music is the soul of the experience. Below, store manager Phil Wilcox shares a dozen of the most requested albums and songs in the dining room. —L.M. 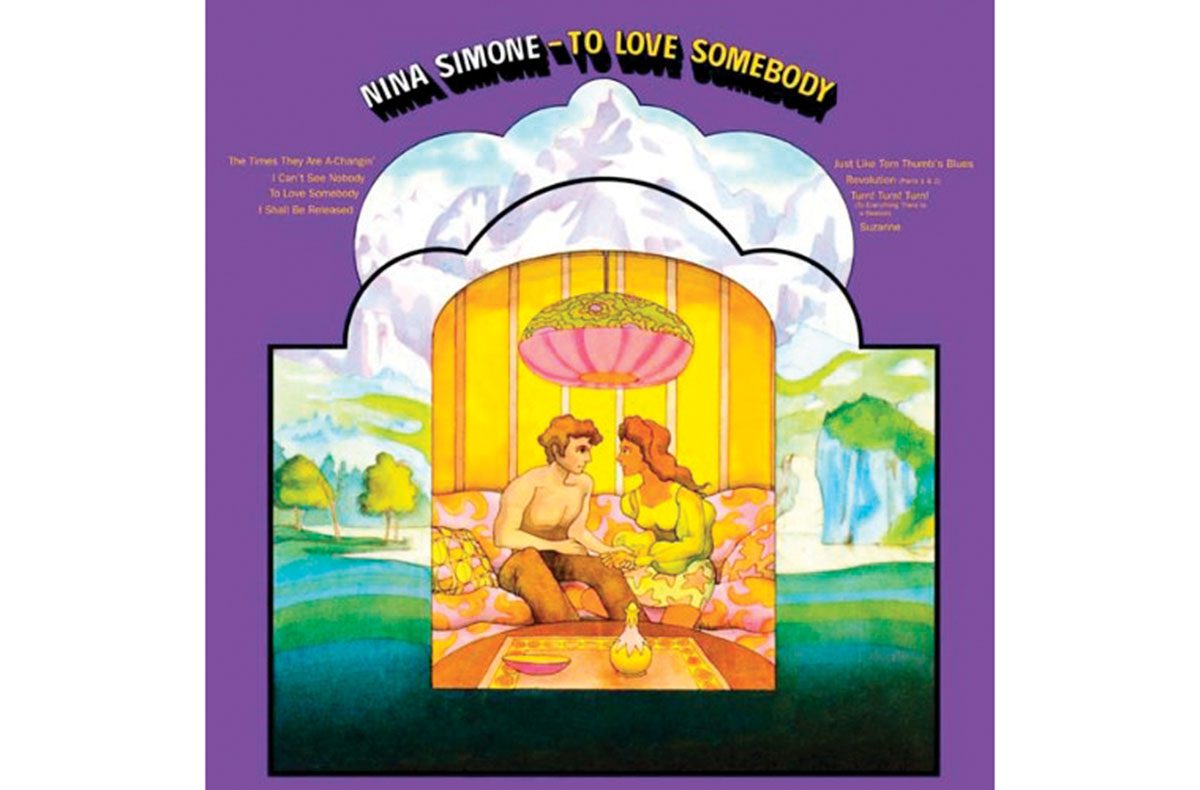 Nina Simone: Somebody to Love

“A little bit of a record-connoisseur thing. Requesting her, and especially this album, is like knowing about a secret drink that isn’t on the menu. You’re an insider.” 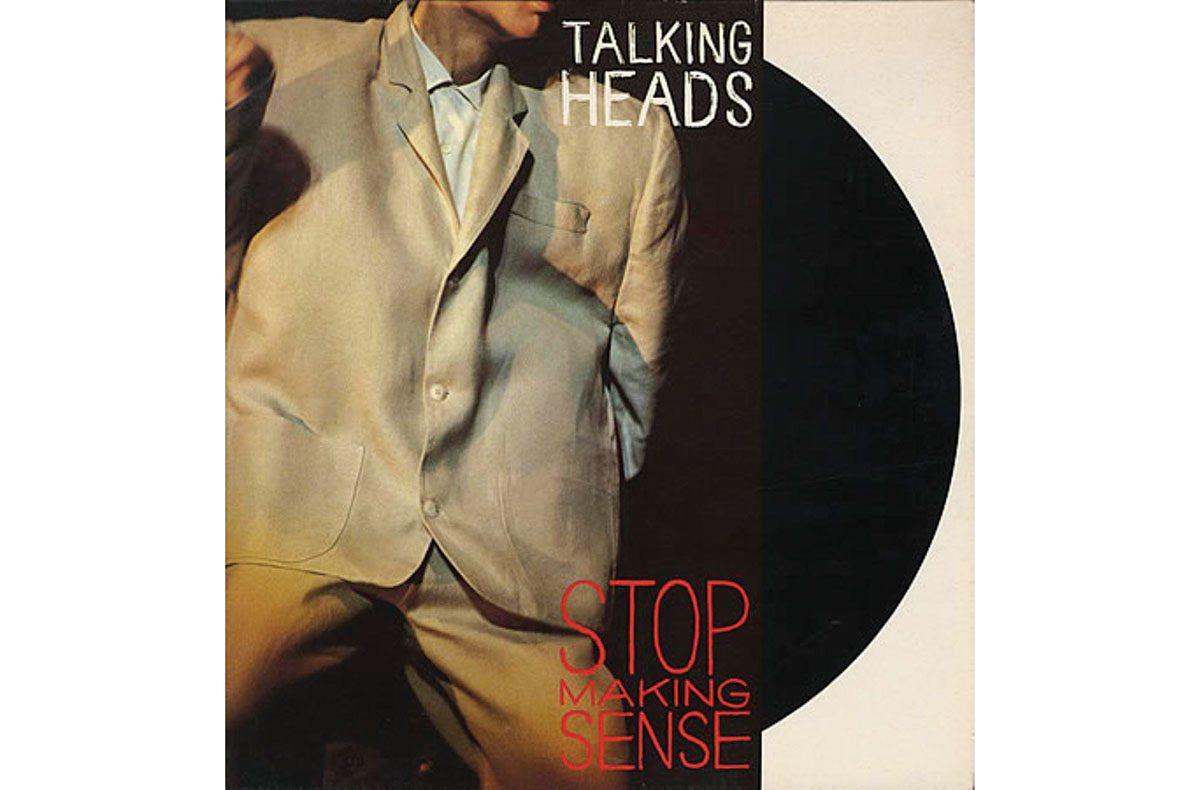 “One New Year’s Eve, a dance party to ‘This Must Be the Place’ reached such lengths that it fogged all of the windows to the place, and you couldn’t see in.” 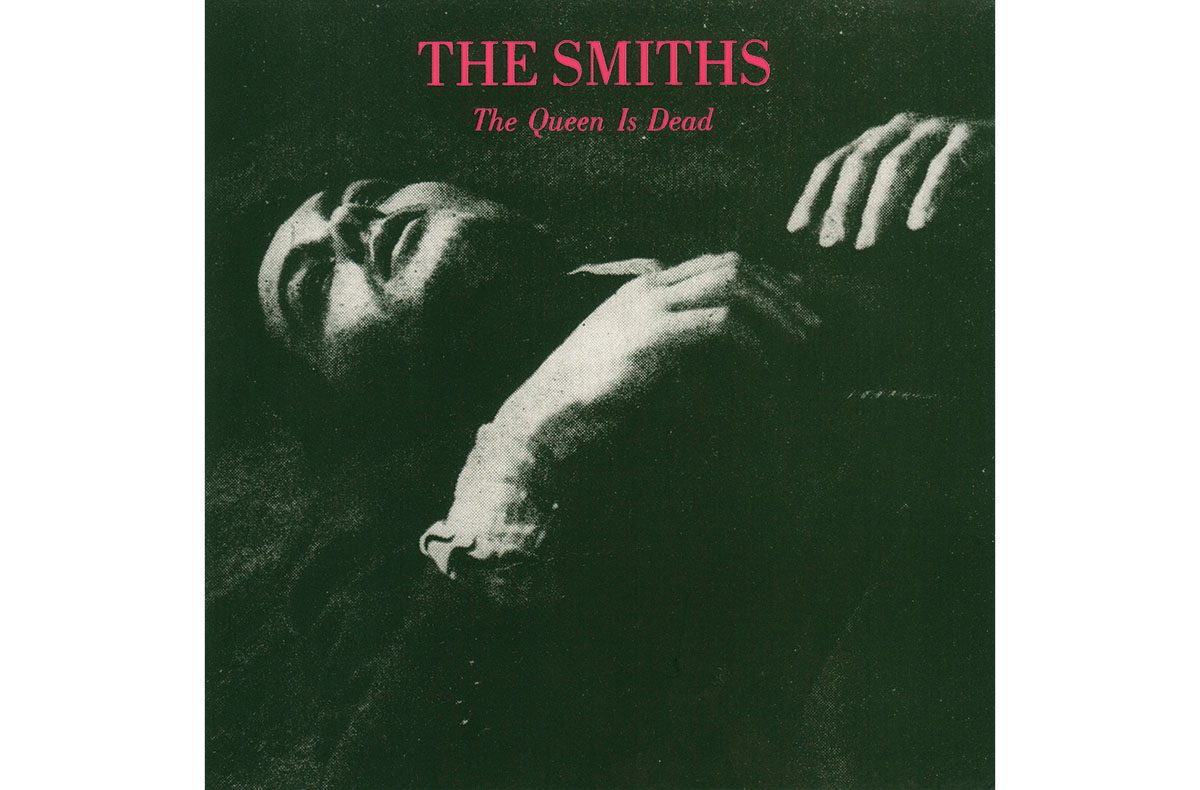 The Smiths: The Queen Is Dead 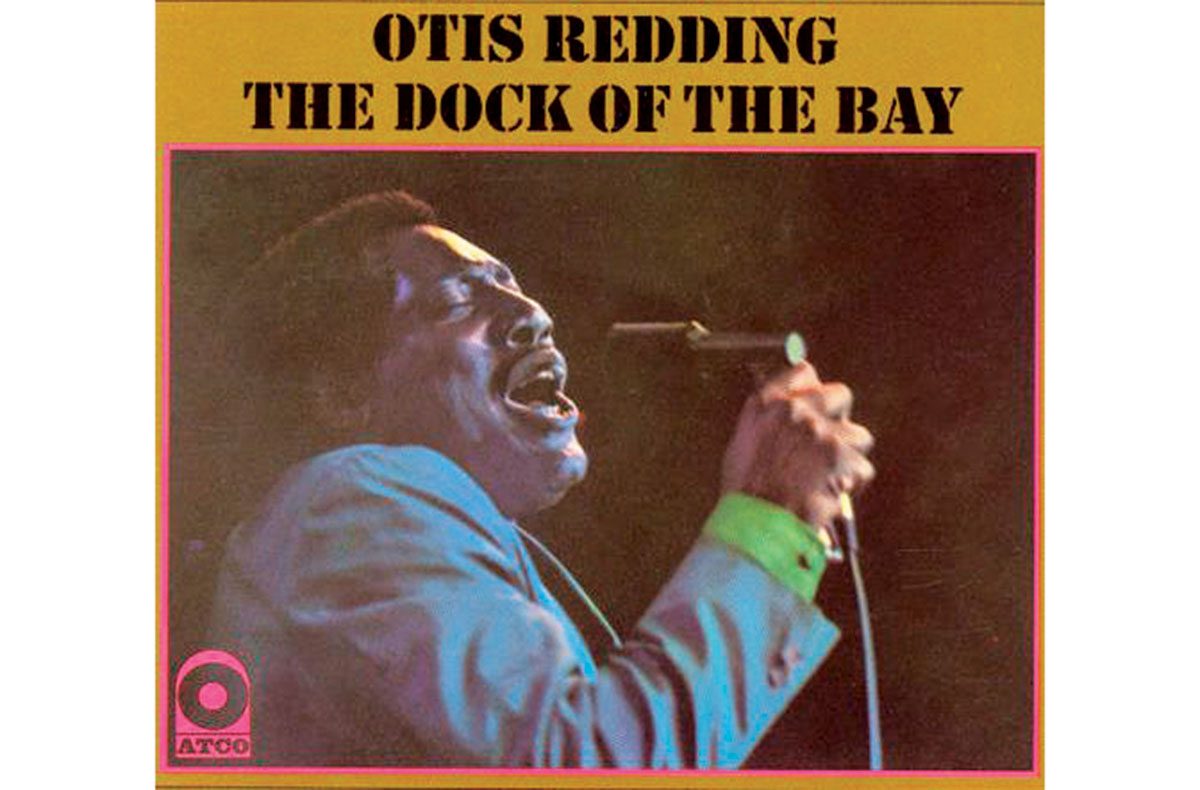 Otis Redding: "Sitting on the Dock of the Bay"

“It’s great small-bar beer music, whether it’s a date or a night out with friends. It’s dirty and soulful and pure.” 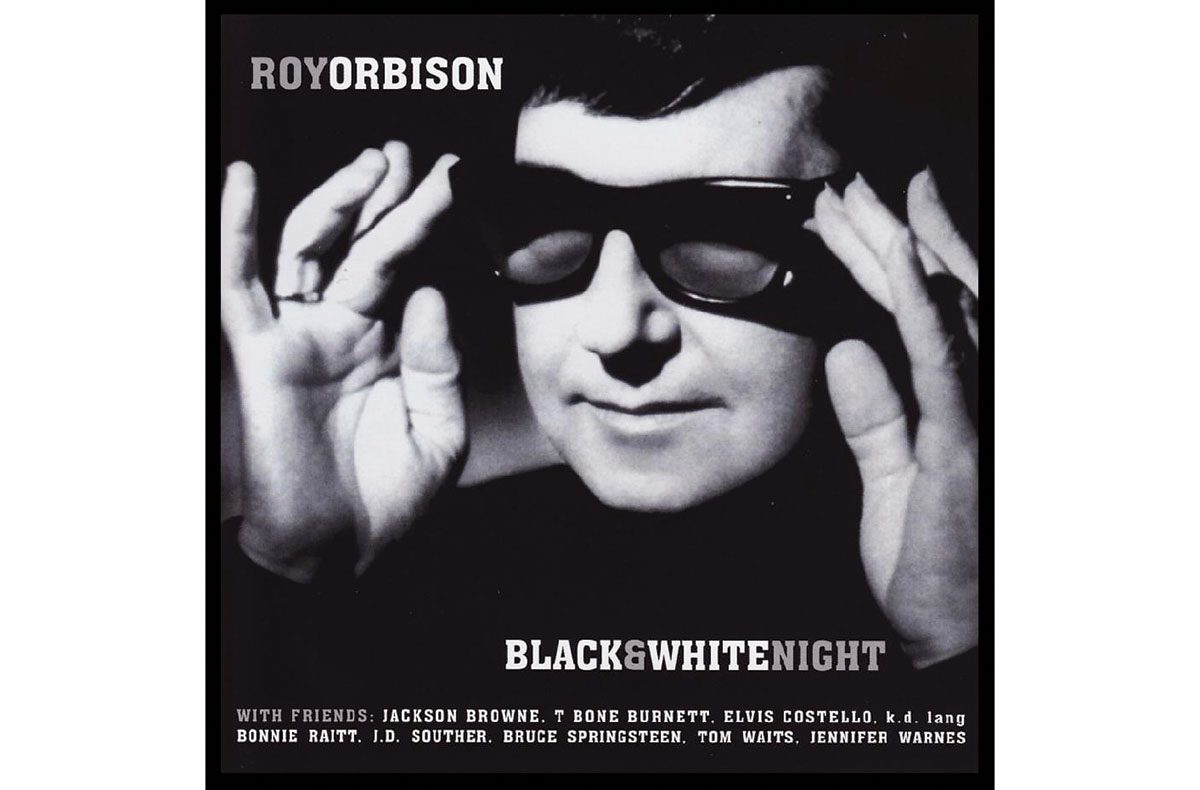 “We have a server who loves Roy Orbison, and when she works, I don’t need to be asked. Just put it on.” 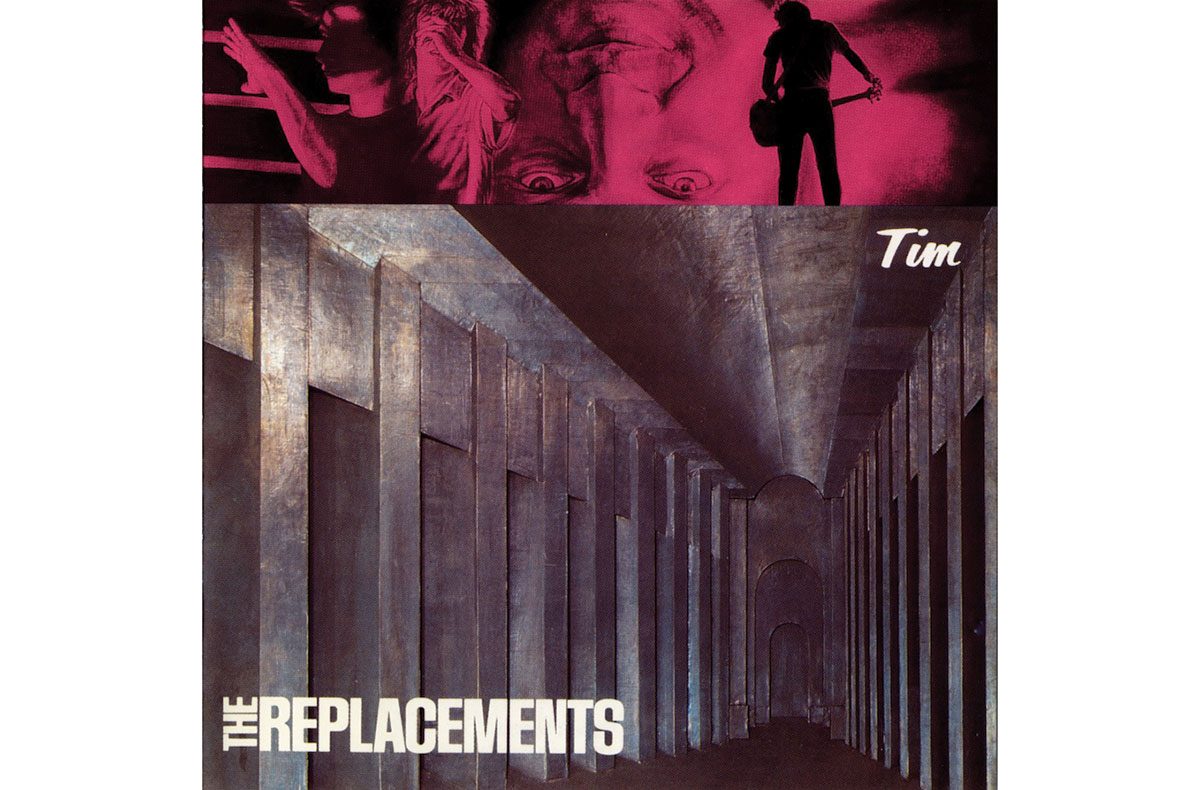 “We had a sous-chef who would air-drum the entire album during service.” 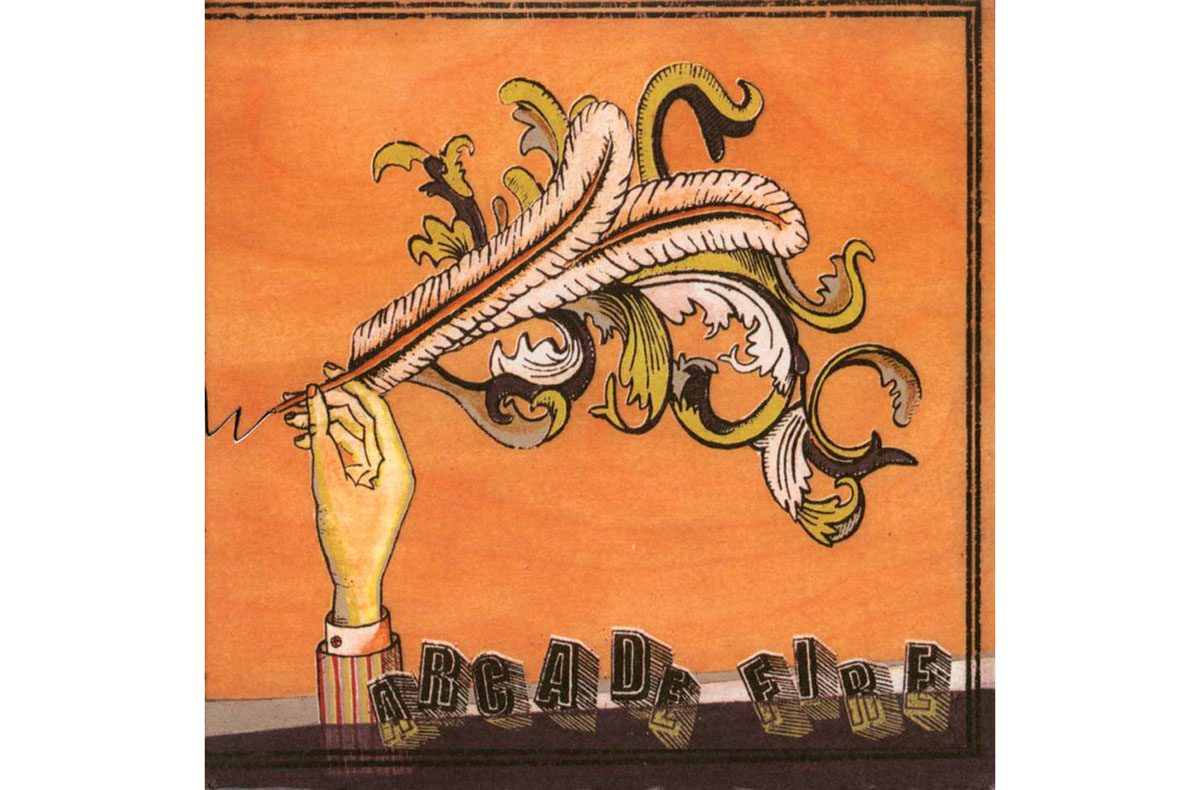 “[The album] just turned 10, and the staff of the place—and a lot of our clientele—are Millennials for whom it holds a special place.” 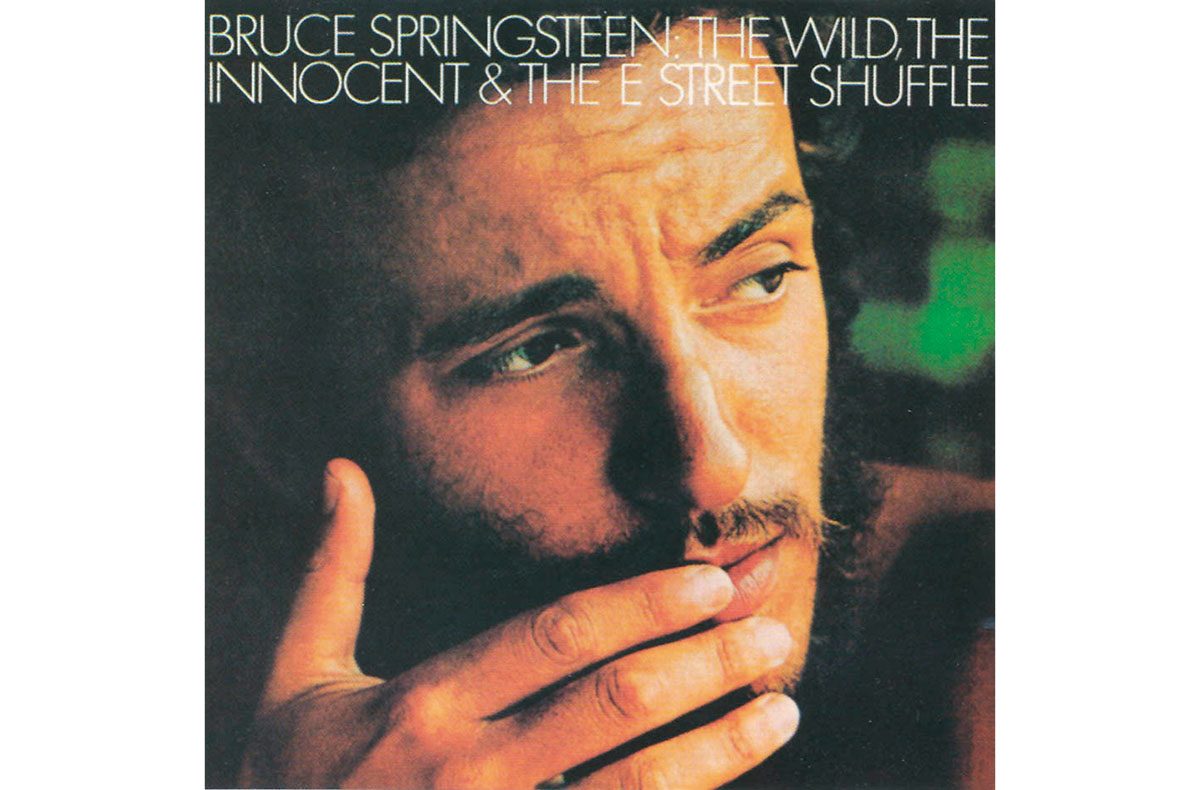 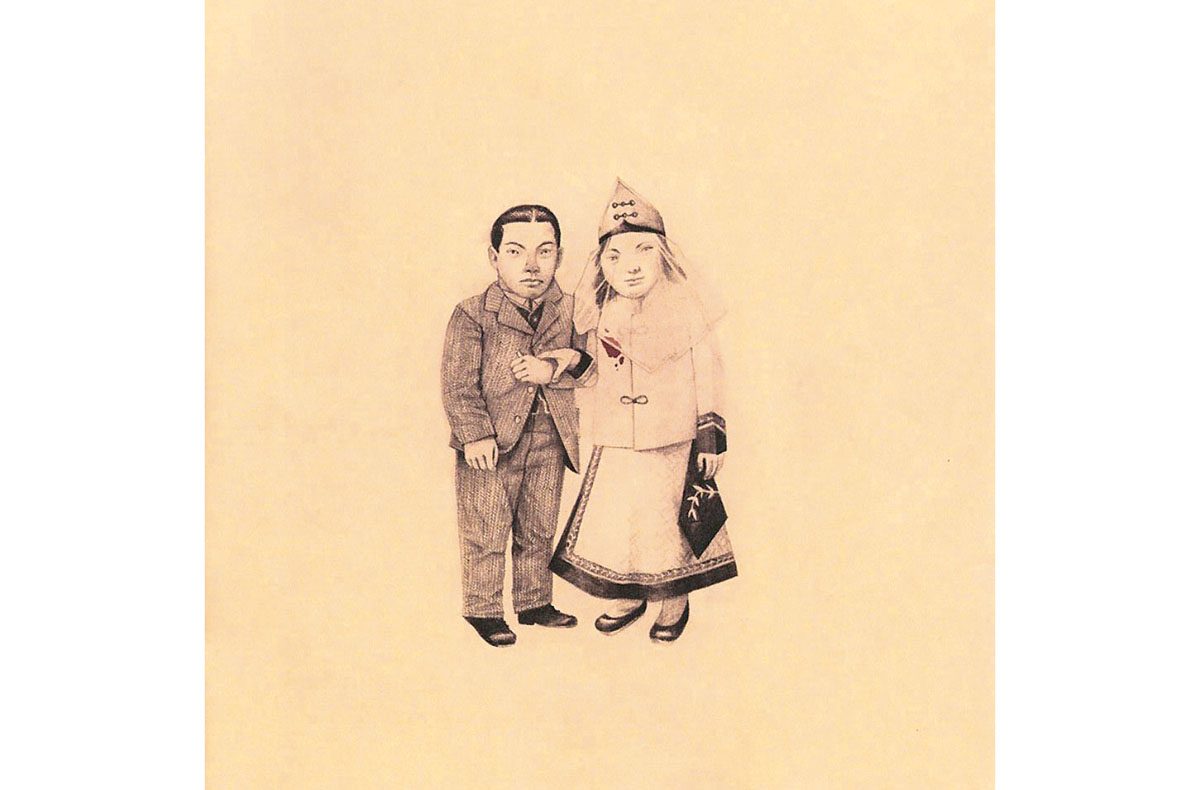 The Decemberists: The Crane Wife

“One couple asked for the Decemberists every time they came in, to the point where when I saw them walking up the steps, I’d throw it on without being asked.” 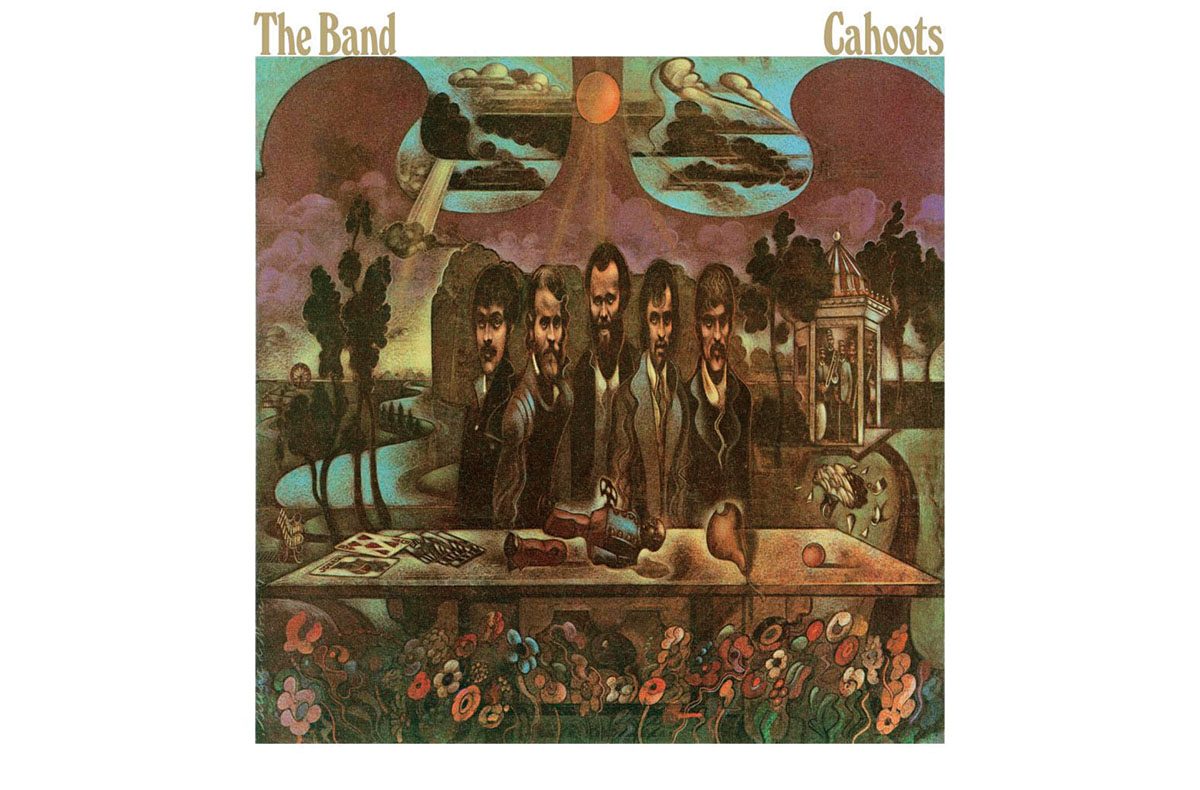 The Band: "When I Paint My Masterpiece"

“A lot of nights end with kitchen cleaning and closing down while singing ‘When I Paint My Masterpiece.’” 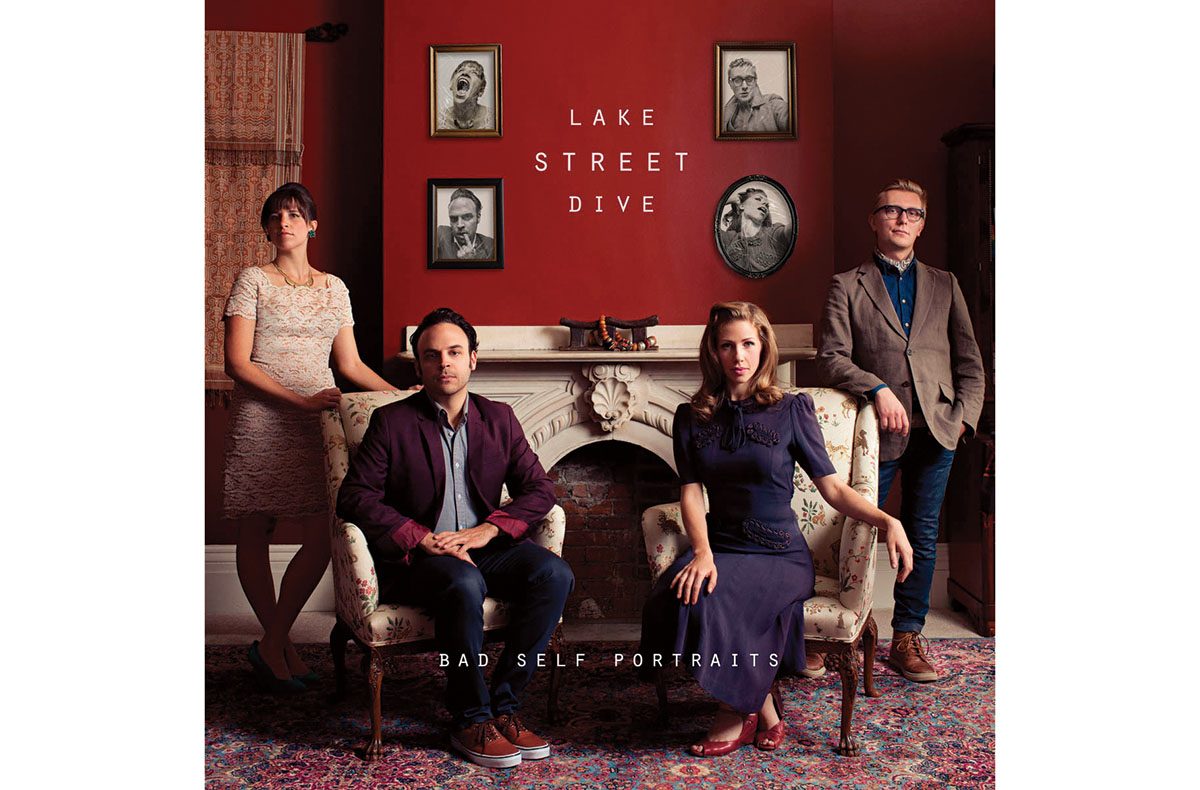 “[They] are friends of the store and restaurant. We had a listening party for their new album.… I can say I’ve sold Mike Olson Graceland on vinyl. That’s pretty cool.” 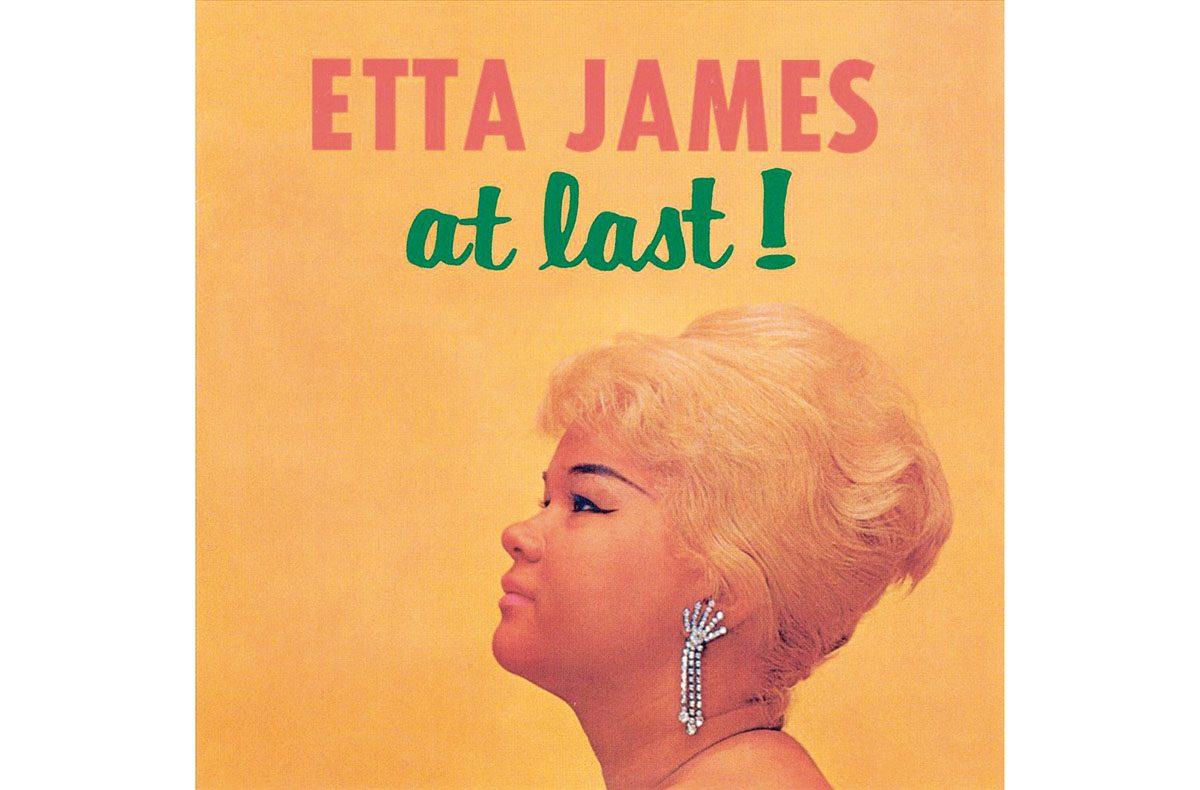 “We once had an old couple on a busy Friday night slow dance to ‘At Last’ in the dining room. It was beautiful.”

“Industrial chic” may be somewhat of a cliché in restaurant design these days, but Dan Kerrigan and chef Chris Parsons had legitimate reason to explore the style for their vast, 7,000-square-foot restaurant in Milton. Occupying the former garage of Fallon Ambulance Service, the space was directly inspired by its past life. “Every material we picked out would be appropriate to put in a garage: steel, raw lumber. But we tried to present it in a more-refined manner,” Kerrigan says. To pull off their vision, Kerrigan and Parsons collaborated with local designer Brendan Haley (Parlor Sports, Fairsted Kitchen, La Brasa); craftsman Jason Hoynash, a violin and cello maker who dabbles in metalwork (see: La Brasa’s custom grill, Asta’s nifty silverware drawers); and electrician Chris Lucas to create a paragon of the form. Here’s how one of the area’s most visually arresting spaces came together. —L.M. 1. Plants evoke the idea that “someone built this garage a long time ago, didn’t finish, and stuff was kind of growing up through the walls,” Haley says.

2. Kerrigan bought the central I-beam on Craigslist for $500 and rented a 24-foot U-Haul to drag it back to the restaurant.

3. These pendant lights feature arched steel brackets and pullies that were custom-built by Hoynash.

4. The wine cellar was fashioned from “a bunch of raw plywood” that the team cut in various ways to create geometric patterns, Kerrigan says.

6. The metal lattice ceiling “pretty much inspired everything,” Haley says. “The light coming through it creates amazing shadows on the concrete [floor].”

7. “What does every garage have in it? A workbench and a vise,” Haley says of the idea behind the handsome plywood bar top and intricate back bar.

8. The team purchased new vises, then distressed them by throwing them into a bonfire. The pieces now support the back-bar shelving.

Our three favorite restrooms all have one thing in common: some seriously creative reading material on the walls. —Caroline Hatano 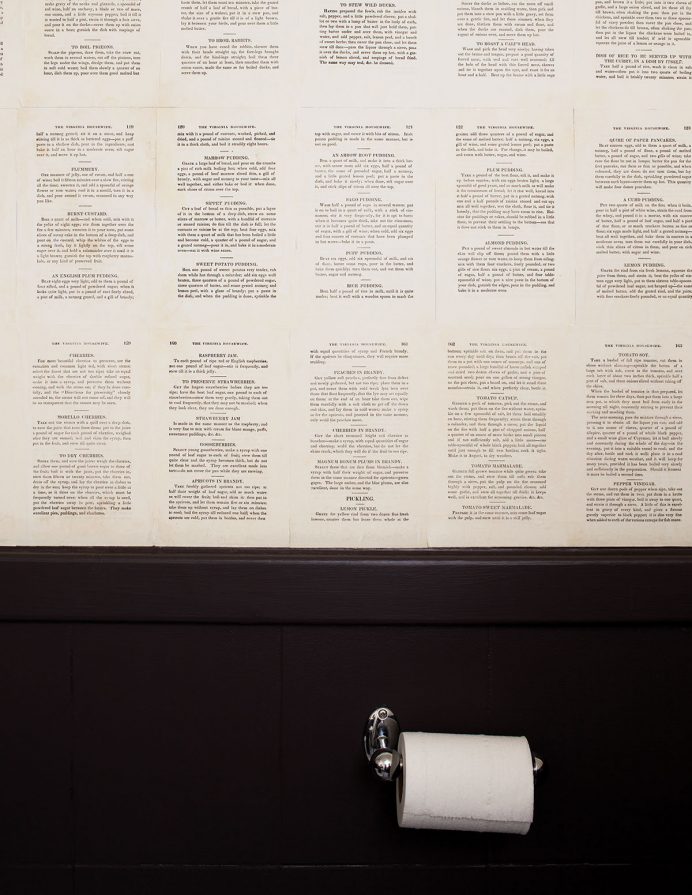 The Texts: Mastering the Art of French Cooking; The Virginia Housewife

The Confession: “I totally ripped off the idea, and I will give credit to Delux Café, in the South End,” says co-owner Rachel Miller-Munzer.Photographs by Adam Detour 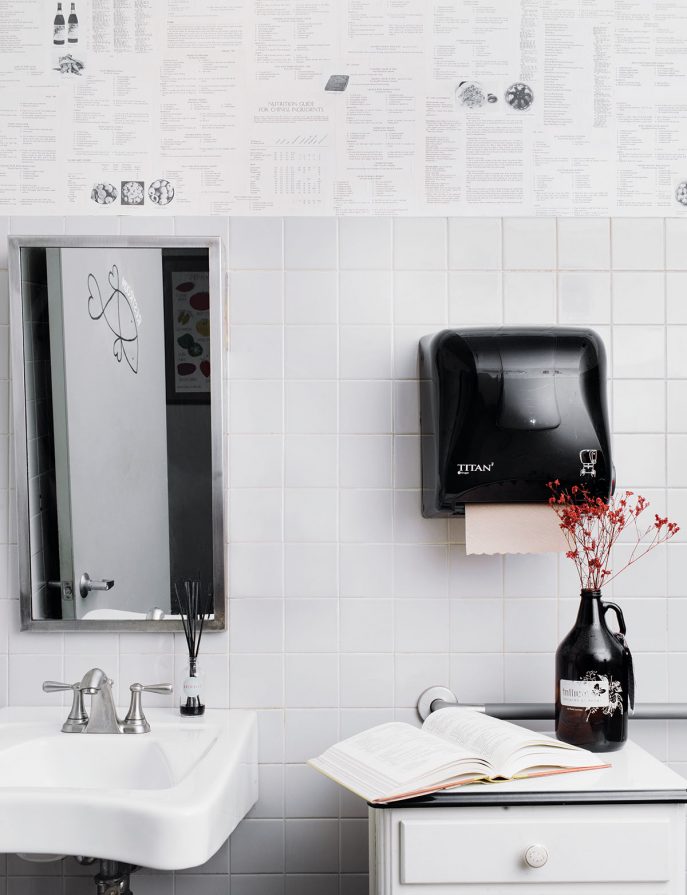 The Text: An Encyclopedia of Chinese Food and Cooking

The Family Ties: The owners’ grandparents consulted on the cookbook in the ’80s. “It’s a time capsule of how food, lighting, and photography used to be,” says co-owner Mei Li.Photographs by Adam Detour 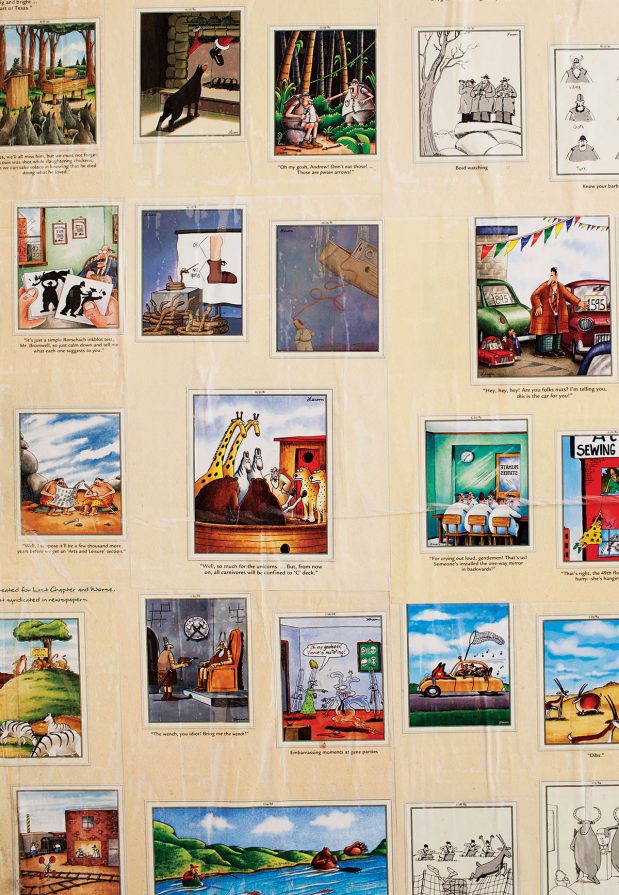 The Location: The Salty Pig, Back Bay

The Text: The Far Side comics

The Unforeseen Consequence: “The owners complained that people were in the restroom for a lot longer than usual,” says the space’s designer, Shelley Cates.Photographs by Adam Detour

Getting Personal at Sweet Basil

With vibrant artwork, strategically draped string lights, and air that’s essentially one thick cloud of garlic, Needham’s Sweet Basil has been a cozy home away from home for diners for nearly 15 years. This is thanks to the tireless efforts of chef-owner Dave Becker, who has been putting his personal stamp on the space from the very beginning. “All in all, to have a good restaurant is to figure out how to not over-romanticize it,” he says. “No matter how cool you think it is, don’t rest on your laurels. You just show up and try to fix it all the time.” Here’s what went into creating Sweet Basil’s wonderfully quirky ambiance. —Brittany Jasnoff 1. The vibrant walls are complemented by easy-to-clean corrugated galvanized steel wainscoting. “If you get tomato sauce on it, you can just scrub it off,” Becker says.

2. Becker made many of Sweet Basil’s serving platters (more than 1,000 total) from local Massachusetts clay. “Even if they’re wonky and unbalanced, it’s cool to see homemade plateware,” he says.

3. The menus at Sweet Basil are fashioned from aluminum sourced from Boston Fabrication Solutions.

4. On any given night, you’ll find Becker wearing many hats. “I have a hard time sitting still,” he says. “I’m not a bad delegator, but it’s not like it bothers me to be the one washing dishes.”

5. Artwork made by Becker’s late grandfather, the print-maker Fred Becker, adorns the walls. “The crazy abstract prints and etchings are my favorites,” he says.

Back to The 50 Best Restaurants in Boston »