To rate Boston's finest crusts, we geeked out with the former pizza editor of Serious Eats, a commercial baker, and a Cook's Illustrated dough nerd. 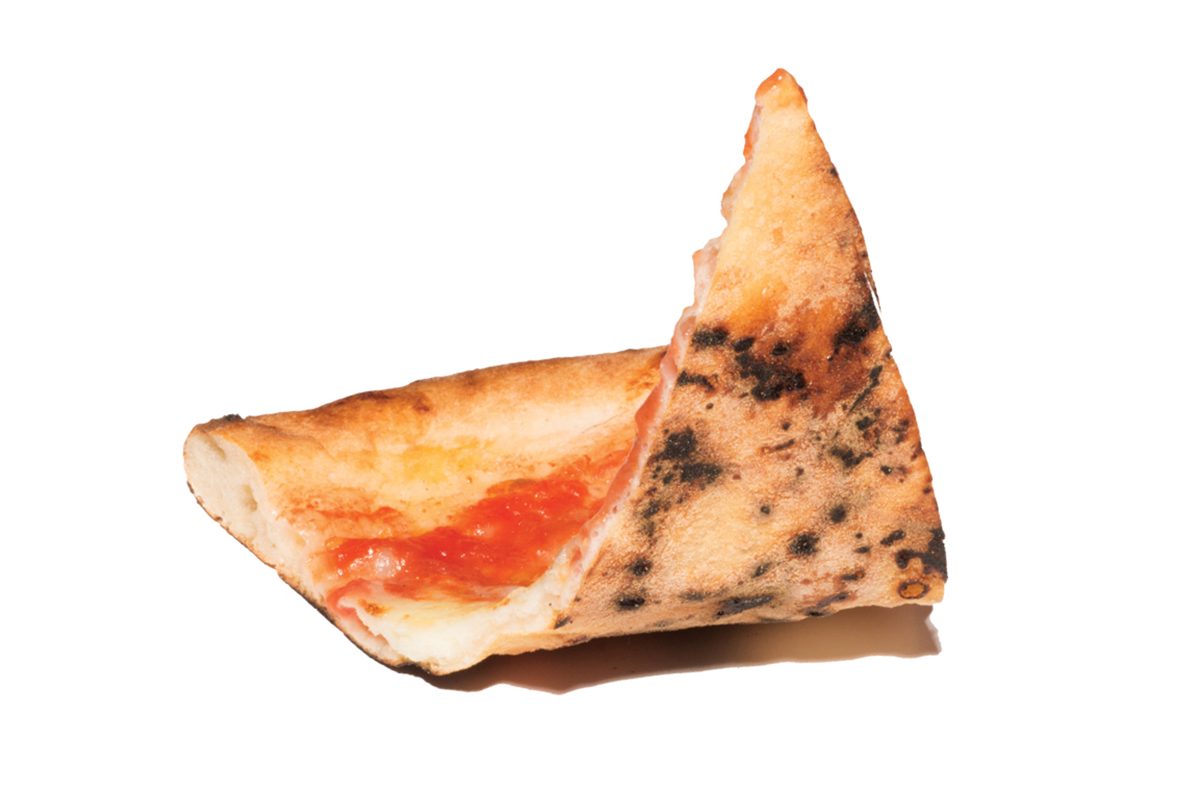 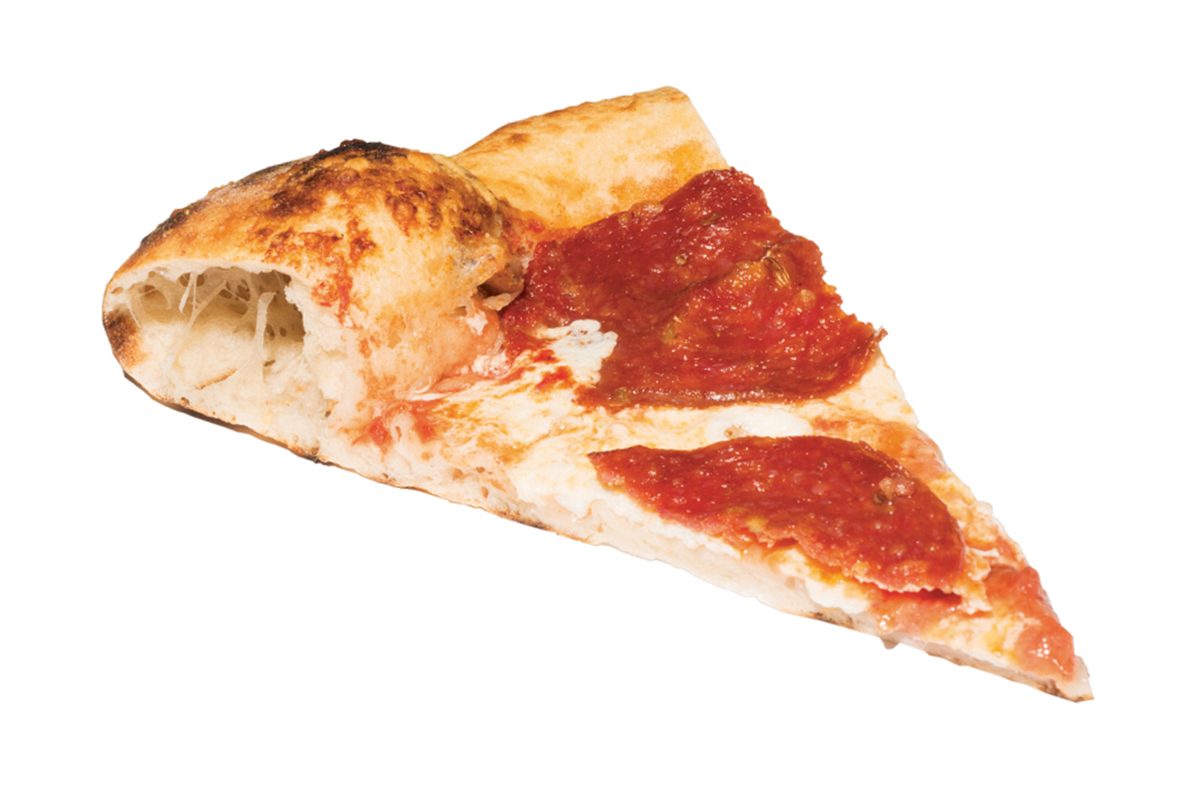 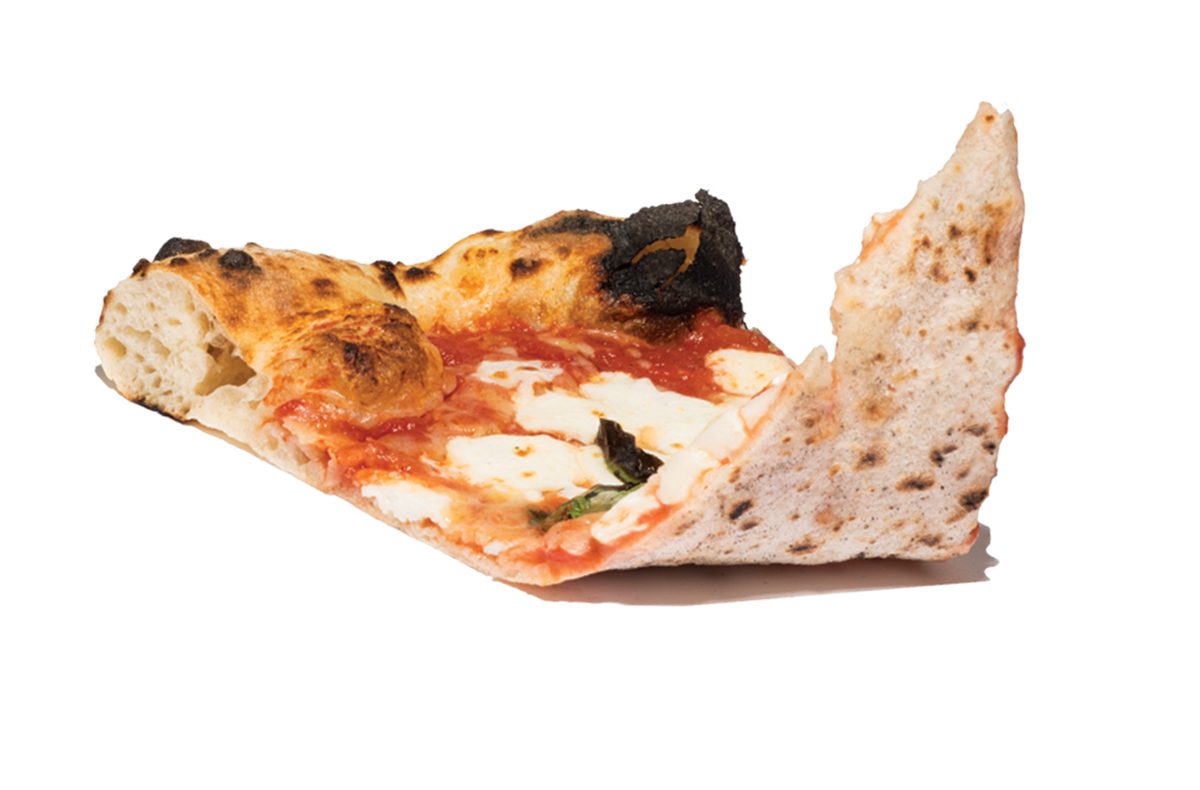 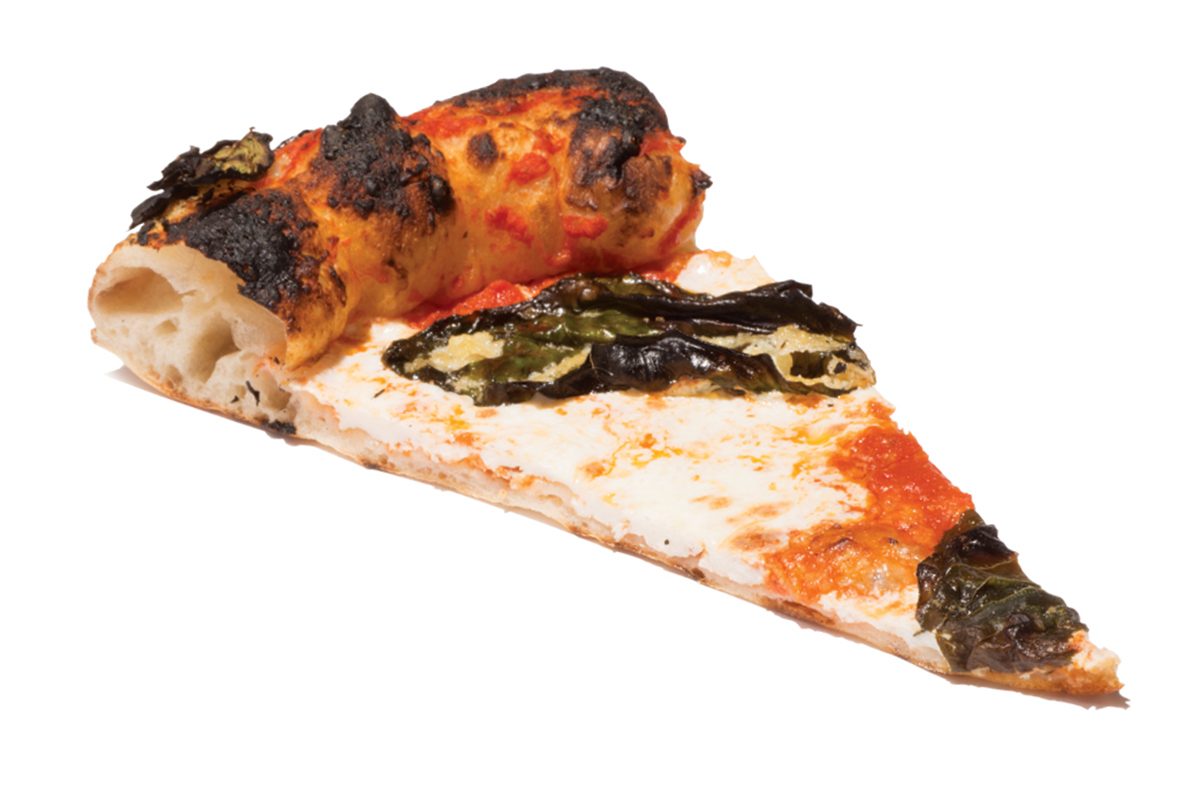 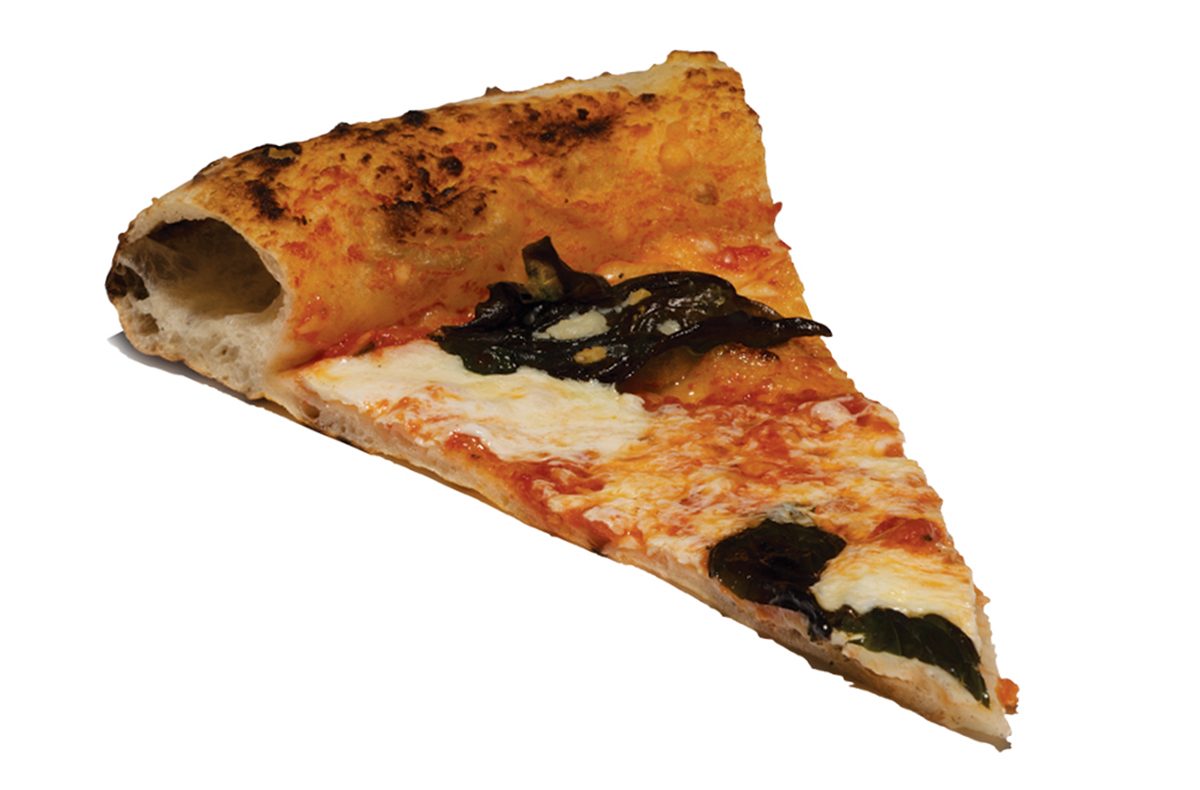 This smoldering contender emerged from the Valoriani—the Ferrari of ovens—with a pockmarked lip and the blistering only fiery heat can impart. Promising. The interior: fluffy, but less elastic and hole-y (like a well-made ciabatta) than ideal. “Salt, some yeast…bitterness?” A peek under the hood told us everything: This Ferrari had overheated. “That’s beyond even my threshold,” said char fiend Adam, eyeing the overblackened bottom. “Address that hot deck [oven floor], and this one could be a spoiler for ’16.”

A pair of sweet, micro-blistered rims dispatched from the 900-degree Marra Forni landed tableside in minutes. Ripping into the cornicione, Adam nodded approvingly at the tiny baguette-style bubbles—evidence of strategic tinkering. “Looks like someone’s been slowing down yeast formation with a cold ferment,” he said. “Beautiful tang,” Andrew chimed in. “That flavor had a long time to develop!” Lifting a slice for closer inspection sent the toppings slumping to the plate. Adam looked crust-fallen. While soft centers and burnt spots are hallmarks of true Neapolitan, the diminished portability can be a handicap for this breed. But so far, it was the one to beat.

Not one but two Neapolitan experts making the finals? Unprecedented in this town. With hopeful caution, we lifted a slice. Lo and behold, the architecture held up! “Definitely a stiffer dough,” Adam confirmed. “And look at that undercarriage,” he exclaimed, pointing out the excellent black-and-brown leopard spotting. “A perfect specimen.” It was also the first contender to take on assertive smoke from the wood fire, which had transformed the dough from sticky disk to burnished bliss. Did we have our champ? “But where’s that subtle sour tang?” Andrew asked. Undetectable, we had to admit, as fantasies of a Posto-Pastoral merger danced in our heads.

Back in tang territory! This pizzeria touts its 36-hour fermentation time and 14-year-old starter—and boy, did it show. The wider, puffier, char-popped rims also meant hydration levels were off the charts. “A wetter dough means more-active yeast,” Adam explained. With good top char, great elasticity, sturdy thickness, and pronounced sour flavor, this one felt close. Until Adam blindsided us with undercarriage paleness. What happened? Andrew suspected the Wood Stone’s cooler deck—the oven burns 200 degrees lower than other finalists’— had proved too gentle for the thicker, wetter dough to set properly.

And the winner is… A4 Pizza

R.I.P., A4, which shuttered in 2015. We have found Area Four Boston and Cambridge to help ease our pain.

The same dough we loved at Area Four is employed at its sibling restaurant, A4, but cooked in a hotter, all-wood-burning, custom-made Le Panyol oven. A4 also stretches the same amount of dough thinner. After a couple of minutes of paddle-wielding by the active pizzaiolo, our pies arrived. A slight crackle of the bubbly, charred exo-crust yielded to a springy, pliant interior, the tanginess wantonly mingled with heady wood smoke. Wide-eyed, we looked to Adam. Could it be? On the bottom: brown and black spots appeared in precisely the right measure. Score paddles went up: 10, 10, 10. And just like that, we had our winner.

PLUS: The List | Best in Crust | College Pizzas | Hall of Misfit Pies