The Somerville development will get new places for Greek gyros and burritos, a hipster bowling alley and gastropub, a brewpub, and more. 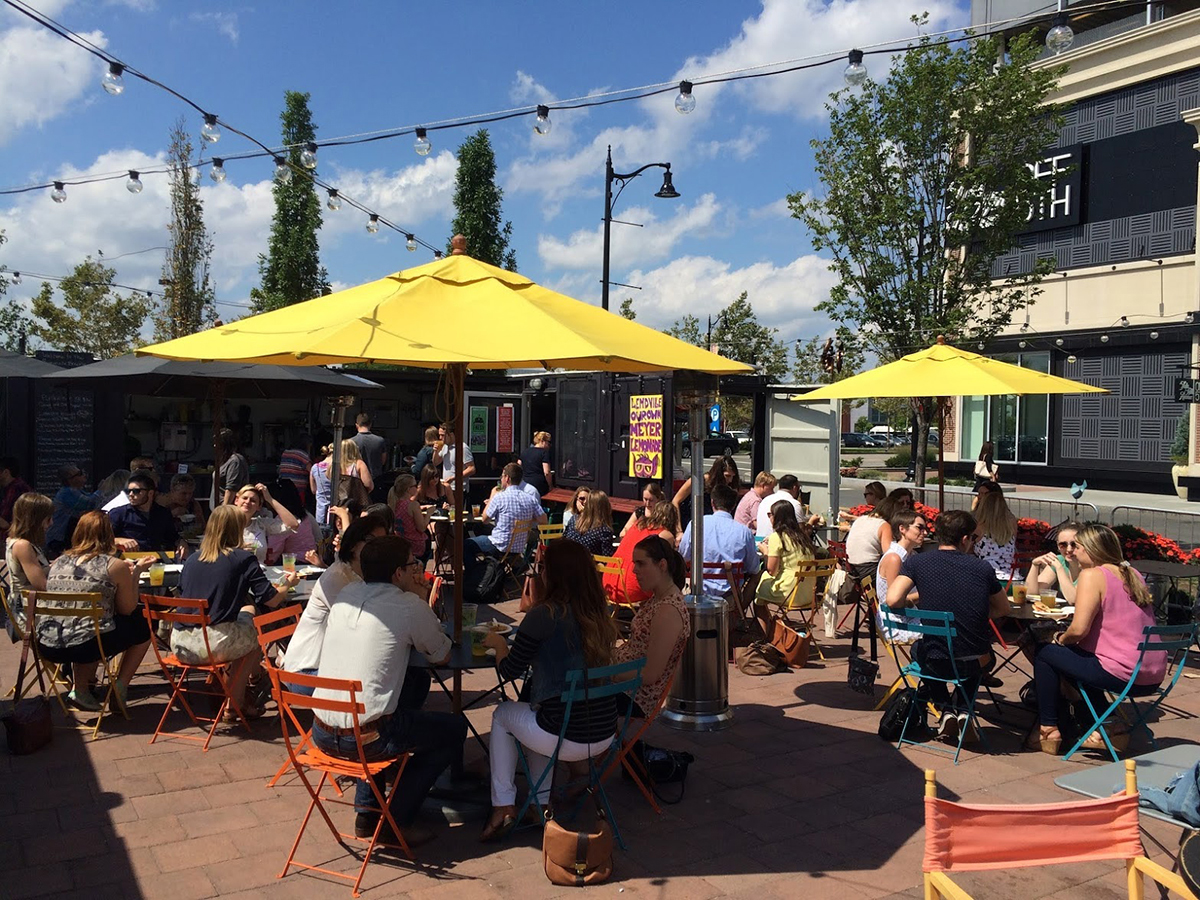 Assembly Row is officially in Phase 2 of development, and that means a lot more beer is headed for the burgeoning ’hood.

The shopping and residential complex announced new details today about its 2017 expansion plans, which include several new stores, amenities, and eateries. Among them: A full-scale restaurant from Somerville Brewing Company, the makers of Slumbrew, called the American Fresh Brewhouse. The indoor restaurant and brewpub will debut late this spring, says co-owner Caitlin Jewell.

In 2014, Somerville Brewing opened the American Fresh Beer Garden at Assembly Row. That place is sticking around through September 30, Jewell says. The facility is open-air in warmer months, with about 60 seats for pints of Slumbrew beers and light fare, like charcuterie and cheese boards, beer hall pretzels, soups, salads, sandwiches, and more. The family-friendly spot, which is tented and heated on days like today, hosts live music, trivia, and a bocce league. Jewell promises more details about the brewpub’s offerings in the near future, she says. Somerville Brewing Company also has a brewery and taproom at Boynton Yards (15 Ward St.) in Somerville, which opened in 2015.

This spring will also see the third outpost of Mike’s Pastry open at Assembly Row. Coming this fall on the restaurant front: Caffe Nero continues its Boston-area expansion; Zo, a Greek gyro shop with locations in Faneuil Hall and Government Center, will open a third, as well an of its Sabroso Taqueria concept, a burrito food truck that parks in the Financial District. Waxy’s Modern Irish Bar + Kitchen, a pub chain which recently opened a location in Brookline, is also headed for Somerville, as Eater Boston reported last week.

Additionally, Phase 2 is bringing a hipster bowling alley to Assembly Row. Lucky Strike Social, which has lanes, arcade games, live music, and a gastropub in Albany, is opening its second location. The Somerville hangout will also have a gastropub-style menu, plus craft beers and “Victorian inspired cocktails,” a live music venue, video games, ping pong, court shuffleboard, and Lucky Strike lanes. The team hasn’t announced a target opening date for that venue just yet.

This year will eventually see more than two dozen dining options at Assembly Row. Overall, the new phase of construction will bring the store count up over 100, with new openings like an Ann Taylor Outlet, Yankee Candle, and more slated to open in 2017.

Two new apartment complexes will grow its population to 1,000 residents. And those people will finally have a grocery store to call their own: Trader Joe’s previously announced its 19th Massachusetts location will be at Assembly Row. The development will also get a hotel this year.

And it’s not all brick-and-mortar. A new outdoor space, called Assembly Line Park, will increase the green space just off the newest Orange Line stop. Residents and visitors can also get active at the new FitRow, an expansive “fitness paradise” with five different, boutique studios all under one roof.

Whew! Anyone else need a beer after taking in all that information? Later this year, you’ll have more options at Assembly Row to do just that.