Three Boston Chefs Explain Why They Support “A Day Without Immigrants”

Erbaluce and Doretta Taverna are closed for the strike, while Mei Mei is fundraising for an immigrant-friendly cause. 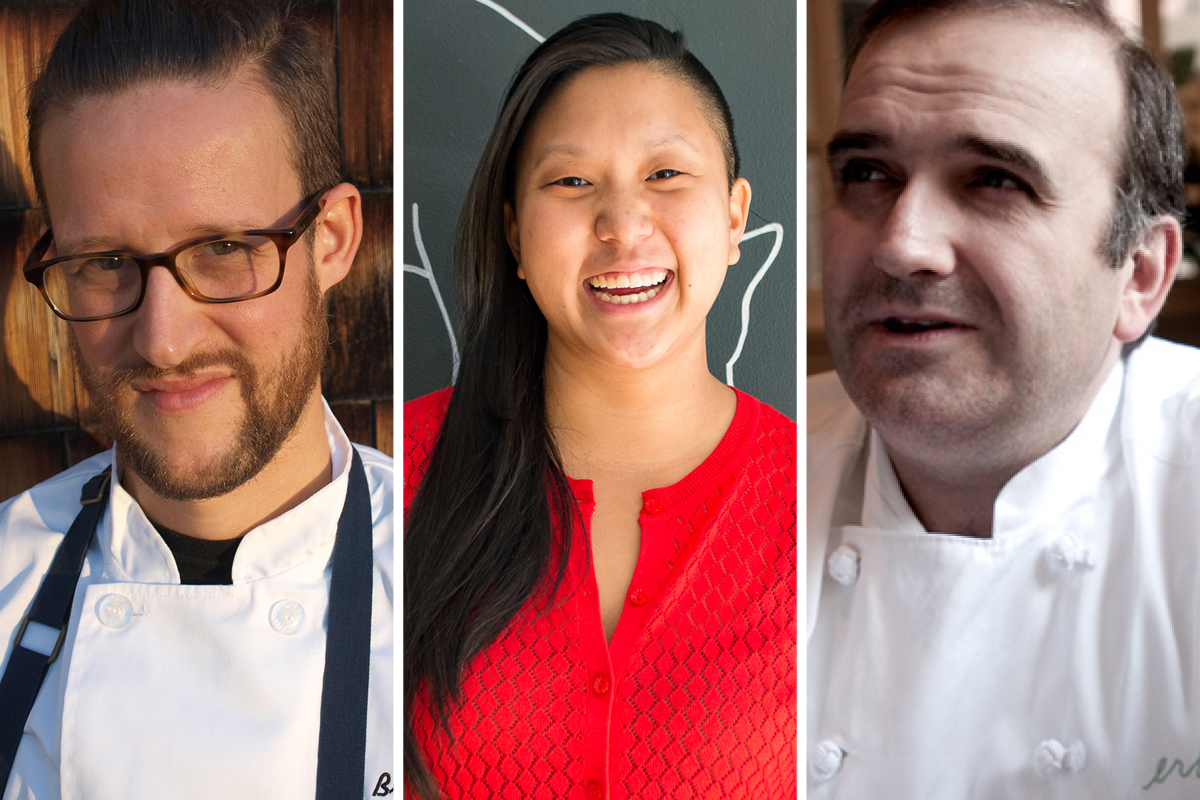 Brendan Pelley’s kitchen at Doretta Taverna & Raw Bar is a little bit lonely today. The executive chef told his employees—many of whom, like many kitchen workers overall, are foreign-born—to take the day off in solidarity with A Day Without Immigrants.

“We are closed today. It would be impossible [to open],” Pelley says. He is at work today baking pita bread, making desserts, and prepping for the weekend, but the door will remain locked until Friday.

“I’m not, and the business is not, trying to make a political statement, but our workers are,” he says. “It’s about the employees. It was their decision to make, and there won’t be any repercussions.”

This is what a day without immigrants looks like in a professional kitchen. They are my friends and coworkers and I hope their voices are heard today…

Pelley is one of a dozen-plus Boston-area executives who made the decision to shutter their restaurants today, in solidarity with the national strike in response to the new presidential administration’s priorities toward tighter borders and restricting travel into the U.S.

Nationally, celebrity chef José Andrés is among the group, too, closing his five spots in Washington, D.C., for the day. The Spanish-born U.S. citizen happens to be embroiled in a lawsuit with Donald Trump after the chef backed out of opening a Spanish restaurant at a Trump hotel, in light of the then-presidential candidate’s disparaging remarks against Mexican people.

Twenty-three percent of restaurant employees are foreign-born, versus about 18.5 percent in the overall economy, says Bob Luz, president of the Massachusetts Restaurant Industry, citing national statistics. He adds that 29 percent of restaurants and hotels nationwide are immigrant-owned. “We believe [the restaurant industry is] the land of hope and opportunity for immigrants.”

At Charles Draghi’s Italian gem, Erbaluce, all seven of his kitchen staffers are immigrants, he says. That’s why his restaurant is closed tonight.

“There’s a huge Italian community in Brazil,” Draghi says. “A lot of Brazilian cooks who work with me grew up cooking risotto, polenta, gnocchi. A lot have Italian surnames. First their parents were immigrants to Brazil, and then they were immigrants here,” he says.

Draghi started his restaurant career cleaning the hoods and ovens, overnight, for chef Chris Douglass. He says American young people “never” apply for such entry-level jobs he is constantly posting. That was the subject of a Facebook post he wrote this morning, which was tweeted by Universal Hub and shared widely among restaurant industry affiliates.

But he says not too many guests have complained about his decision to close tonight.

“For every one complaint, we get 100 people cheering us on,” Draghi says. “It’s not going to not hurt. With Valentine’s Day as a Tuesday this year, this is a busy week. But you have to fight the good fight.”

Mei Mei Street Kitchen won’t shutter tonight, but the team is “fighting the fight” in a different way. All proceeds from dumpling sales will be donated to Greater Boston Legal Services, supporting free legal services for low-income locals, including immigrants.

“It’s a way to help people feel like the way they spend their money means something,” says co-owner Irene Li (who also represents Boston as a Rising Star Chef of the Year James Beard Award semifinalist). “In general, it can foster more thinking about where your money goes when you buy something in a restaurant. Every day that people eat at Mei Mei, it goes toward paying for amazing ingredients, and paying our incredible staff, and this day in particular, it goes toward this awesome cause.”

Li, whose father was an immigrant, and whose four grandparents all immigrated to the U.S., says the Mei Mei staff probably has fewer recent immigrants than an average restaurant, but “many of us have lived some aspect of the immigrant experience,” she says. “The history of the exclusion of Asians, especially Chinese, in our country is something we’re cognizant of here and in our family, so in terms of looking at the ways that these complicated issues are intersectional, and affect everybody, is definitely a part of that for us.”

Whether it’s starting a dialogue around the immigrant experience tonight, or conspicuously closing in solidarity, the restaurant industry will not be silent around an issue that deeply affects it.

“Some of my cooks have been with me for 25 years, through three or four restaurants,” Draghi says. “I’m going to work with them every night, and when they need a night of support, I’m going to give it.”