Ivan Ramen Is Coming to Uni in March

After a one-night-only pop-up with Ivan Orkin, the Tokyo and New York City chef will lend a recipe to the late-night menu all month long. 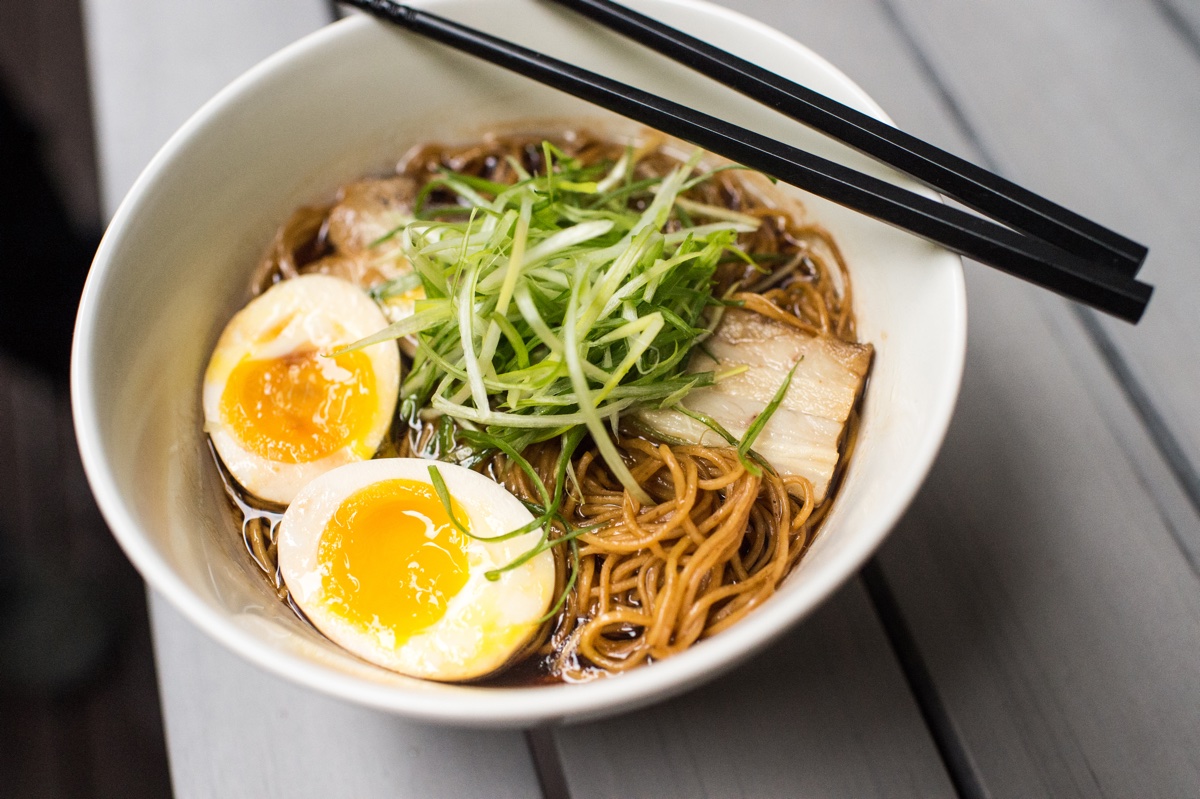 If you’ve been meaning to check out Uni’s late-night menu, it’s really about time. Ramen legend Ivan Orkin is joining forces with the freshly James Beard Award-nominated Uni partners Tony Messina and Ken Oringer on Monday, March 6, and after he leaves, his flavor-packed Triple Pork, Triple Garlic mazeman ramen will stay on the weekend late-night menu throughout the month.

“It’s a big bowl of umami. With a name like that, you have to expect something rich,” says Messina. It’s pork-belly based, and while Uni does a pork ramen, this bowl will be very different from theirs, he says.

For the pop-up, Orkin is also preparing his classic shio ramen, his wagyu beef katsu sandwich, and a raw shellfish dish. The Uni team is doing sushi and sashimi, too, but their regular street food menu won’t be available that night.

The partnership came about because Oringer is a regular at Ivan Ramen when he’s visiting New York City to tend to the Toro there and other business. He got to know Orkin, whose story is greater than fiction: A Japanophile, he first moved to the country after college, then back to the U.S. to get a culinary degree. Then, he returned to Tokyo and set up a ramen shop—and became one of the highest regarded chefs on the crowded noodle scene there. He now has two shops in Tokyo, as well as two in New York.

Without very much hype around the pop-up when it was announced last week, save for a couple news hits, the main dining room is already sold out that night. But guests who want to try the full spread from Orkin can kick it old school late-night style: “Lower Uni,” as the original sashimi bar space is now called, will be reserved for walk-in guests all night, Messina says.

And the event is also just the first of what Messina hopes is a regular guest series. He has a verbal agreement from fellow Best Chef Northeast semifinalists Andrew Taylor and Mike Wiley of Eventide Oyster Co. to pop up at Uni before they open in Boston (more details TBD), and Messina hopes to bring in other local and national friends in the industry in the coming months.

“The whole idea of doing late-night ramen was to bring in people who were out later at night and give them something decent to eat. It’s also a way of hosting other industry people—we work late and we don’t get to go out much, so it’s fun to have a place to go and crash for a good drink and a bowl of noodles,” Messina says.

When Uni expanded into a pan-Asian dreamland last year, the late-night menu grew proportionally. From 10:30 p.m.-1 a.m. every Friday and Saturday, hungry fans can find select maki and nigiri options, as well as a selection of street food-style small plates and their notable noodle bowl. The triple pork, triple ramen will be available in addition to that lineup on Fridays and Saturdays from March 10-31. Stay tuned for details on guest chef pop-ups in the future.

“It’s not about us trying to attract different types of food. It’s about us having fun with our friends in the industry,” Messina says.