Take a Look Inside By Chloe’s First Boston Restaurant

The company's largest storefront has subtle nods to its Seaport location. 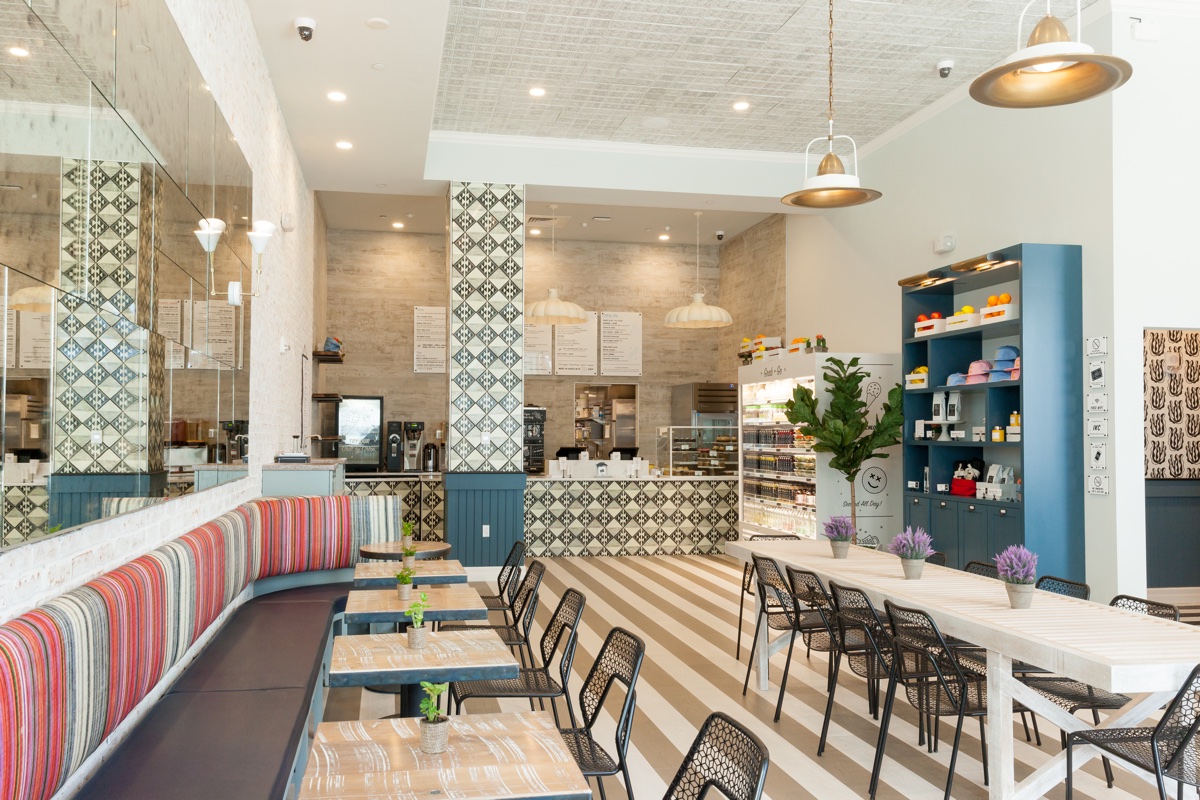 Lunch in the Seaport is about to get even more Instagrammable. By Chloe opens its first Boston location in the nascent neighborhood on Thursday, February 23, and while all of the millennial-minded, meatless meccas are driven by design, this restaurant is the company’s largest yet, with lofty ceilings and floor-to-ceiling windows letting in lots of light.

“Our managers who are there now say it’s their favorite space so far,” says Samantha Wasser, co-founder and president of the vegan fast-casual cult favorite.

To pay homage to its specific location, the bathroom hallway is wallpapered with an abstract seaweed motif. This spring, By Chloe will open in Fenway, where there will be—you guessed it—baseball themed wallpaper.

“We really tried hard to make the space as similar as our New York locations as possible, but we definitely want to honor where we are,” Wasser says.

When By Chloe opens this week, the menu will nod to Boston as well: Amid signature dishes like the black bean guac burger, mac and “cheese” with a sweet-potato-and-cashew-cheese sauce, and pesto “meatballs,” there will be some locally specific menu items, including a Boston cream pie flavor of Chill by Chloe. The fact that the cup of dairy-free ice cream looks a bit like a Hoodsie cup was unintentional, but it’s another fun nod to New England, Wasser says.

The Boston market is a desirable one for the young company (the first restaurant opened in New York in 2015). By Chloe is actively looking for more properties in the area, but besides Fenway, has nothing else to report at this point, Wasser says.

At the new 101 Seaport development, the new restaurant is 2,400 square feet with 12-foot ceilings, making it the largest footprint for the company so far. It will seat 43, and will expand with a few seats outside come springtime. It will be open daily from 11 a.m.-10 p.m. (10 a.m. on weekends). 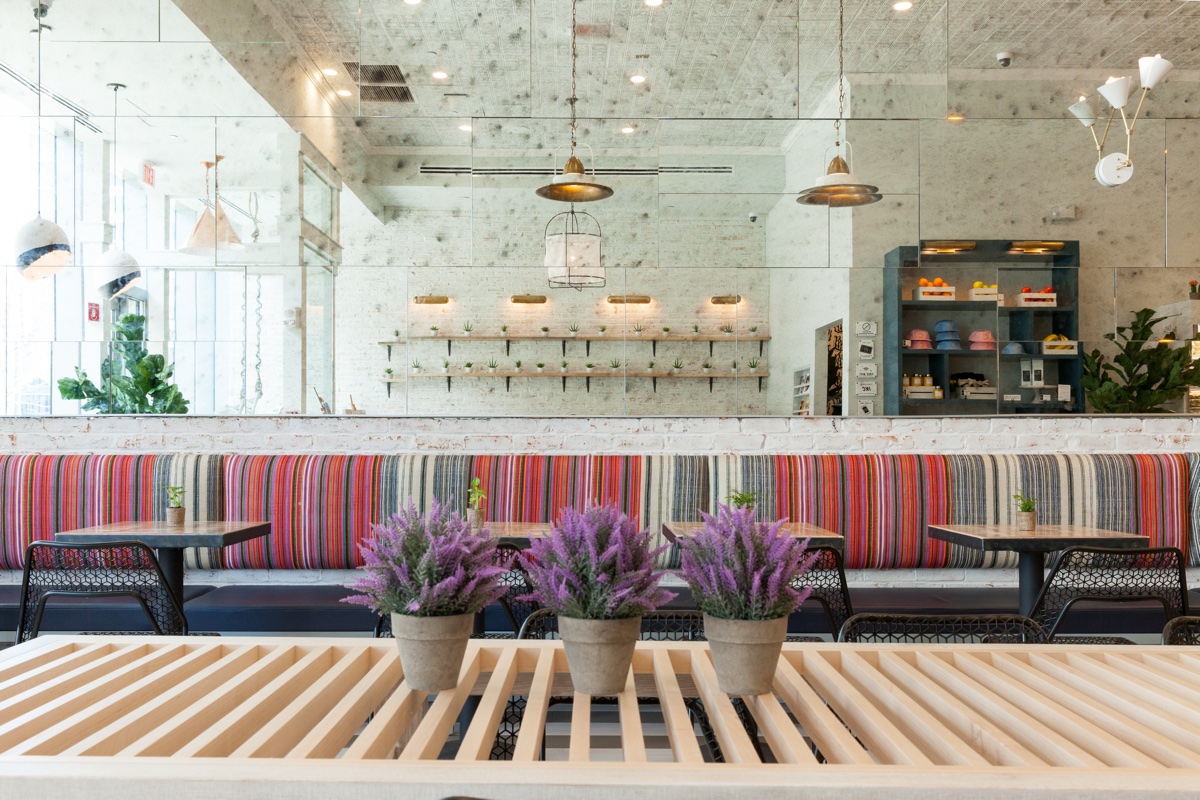 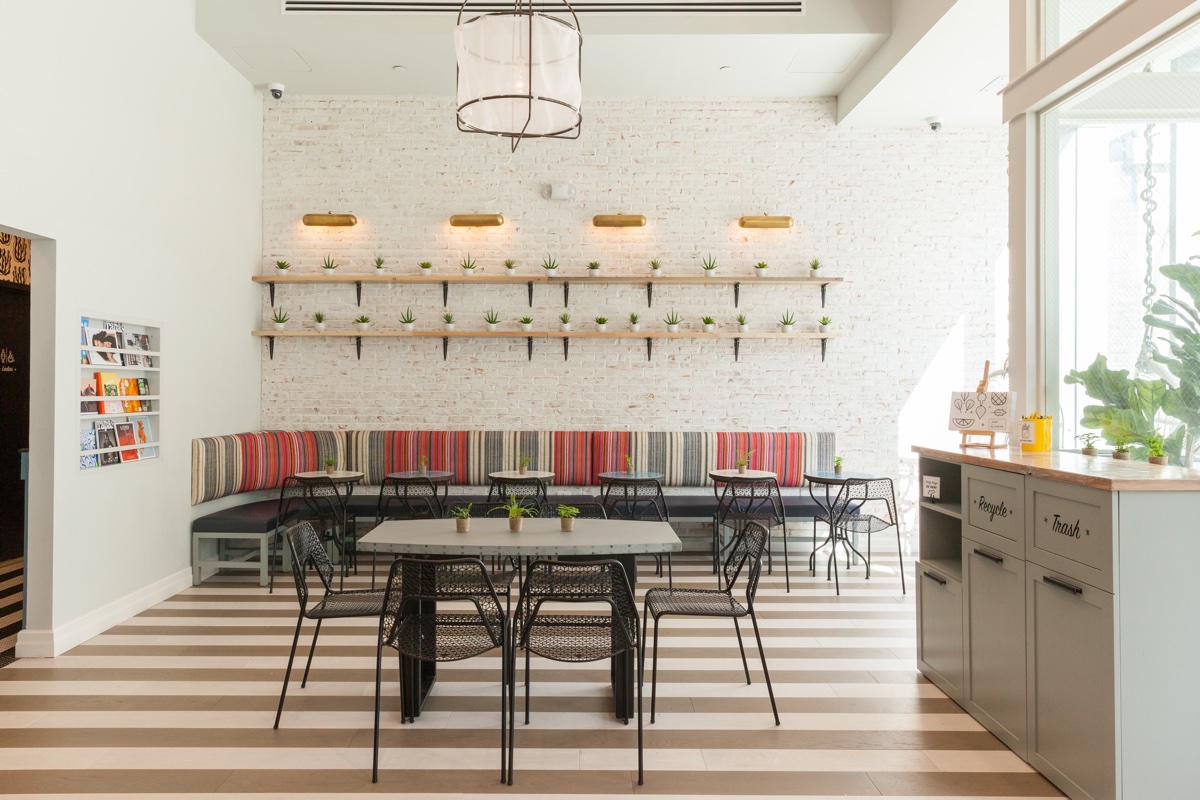 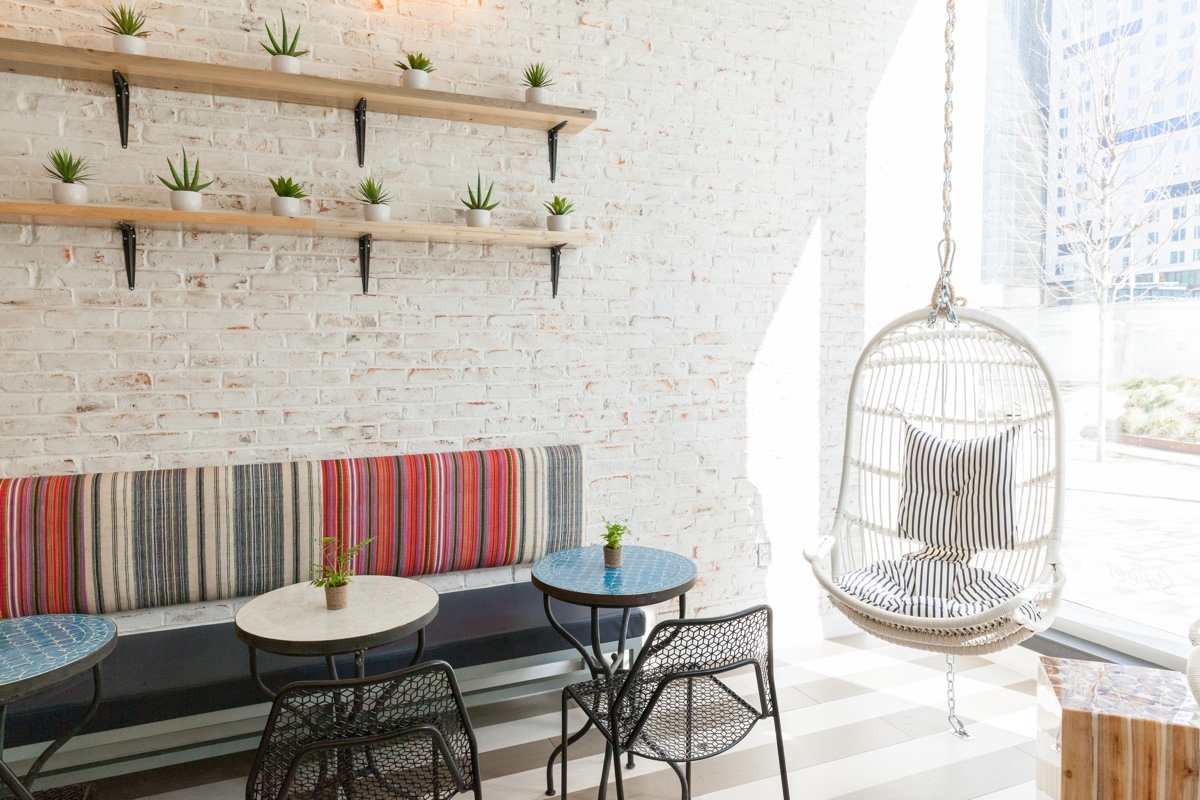