And it's quintessentially New England. 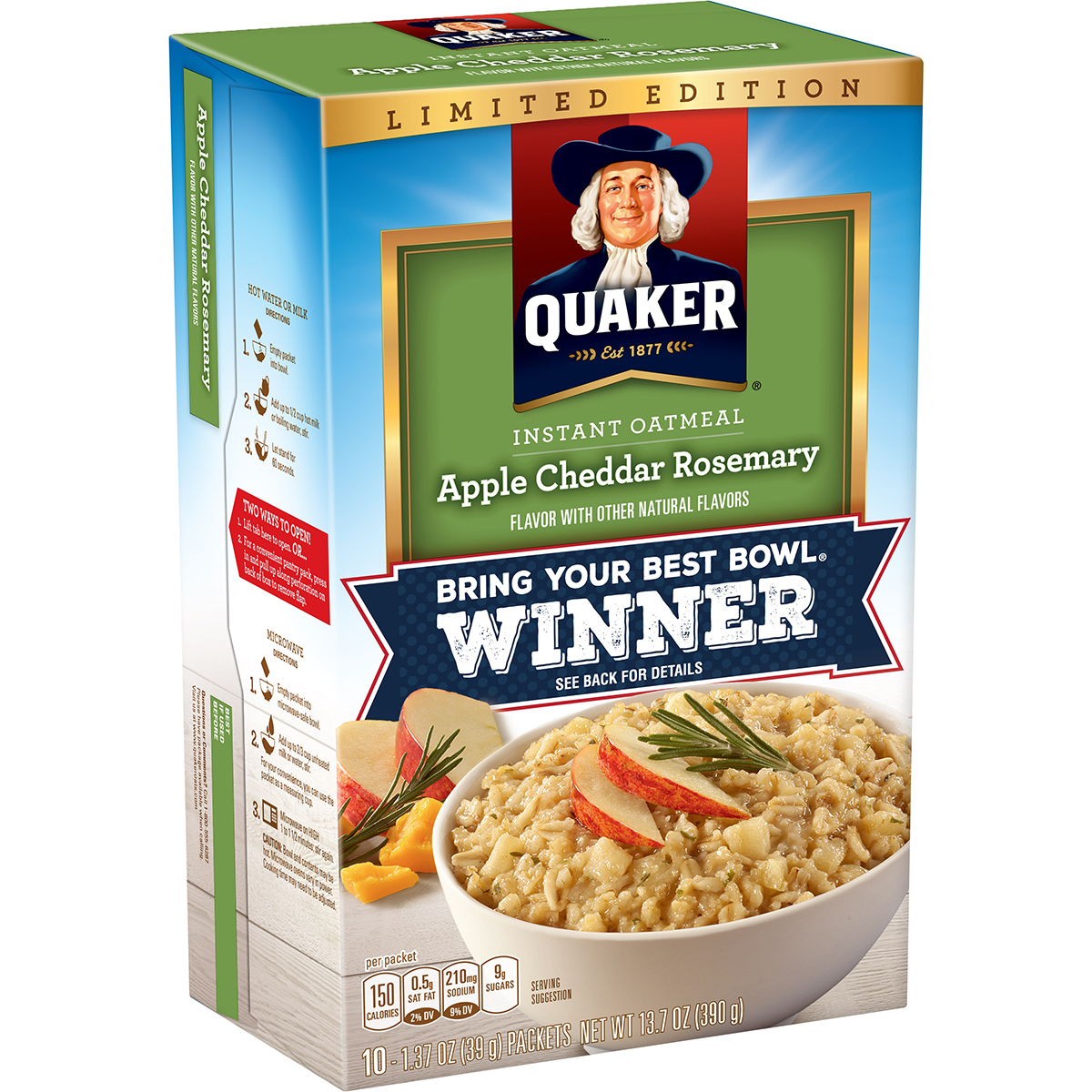 The new go-to New England breakfast is… oatmeal? It is now, thanks to a Bostonian named Karen. The Massachusetts native’s apple cheddar rosemary recipe was selected as the newest instant oatmeal offering from Quaker, the company announced today.

Last year, the breakfast behemoth set out to find America’s next hit oatmeal flavor through a contest dubbed Bring Your Best Bowl. The competition asked Americans to pitch their ideas to the company for a grand prize of $250,000. More than half a million people submitted their recipes, and that bulk was narrowed down to three finalists, who had their ideas debut on shelves over the fall for all to judge.

After some deliberation, Karen edged out the competition with her very New England creation. Her entry beat out runner-up flavors lemon ricotta pancake, and vanilla chai.

“We created the Bring Your Best Bowl contest to inspire people to think about the versatility of oats, and that’s exactly what our winner Karen delivered with her unique flavor combination,” a representative for Quaker Foods North America said in a press release. “For 140 years, Quaker has been committed to bringing the whole grain goodness of oats to more people in more ways, more often, and we are so excited to continue to do so with this new savory oatmeal.”

Karen’s winning flavor came about after her fiancé had surgery and had to stick to soft foods, she told Quaker. To keep dinner from going flat, she would make oatmeal based on a household favorite—her cheddar, apple, and rosemary flatbread. Oatmeal had already been a vehicle for experimentation in her kitchen—like it is at the newest breakfast-and-lunch spot in Davis Square, the Oat Shop.

“I have a passion for cooking and love developing new, unique recipes that use everyday staples from my pantry, especially oatmeal because of how versatile it is,” Karen said, via Quaker’s press release.

Well, she now has plenty of resources to keep the oatmeal R&D going. Keep an eye out for her winning flavor this month when it starts rolling out onto store shelves nationwide.