Big-name companies and local favorites are turning to the Boston contract facility to help with production. 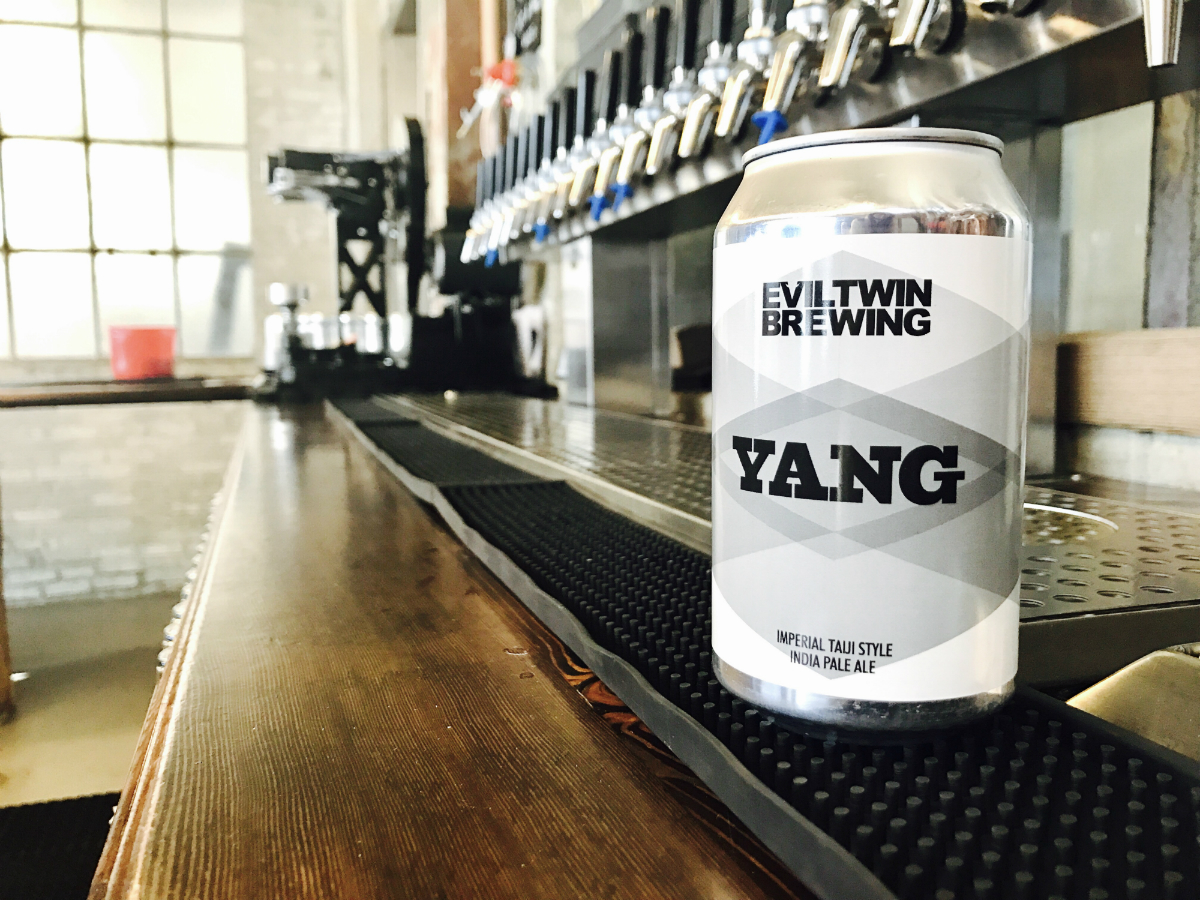 Jeppe Jarnit-Bjergsø is doing well for himself. His contract brewing company, Evil Twin, was named the ninth best in the world for 2016 by RateBeer, and it will soon have its own brewery in New York to boot. The founder is a James Beard Award semifinalist (again), and he’s on the cusp of launching a line of beef jerky—because, why not?

But all that success has led to an increased demand for his beer. To help mitigate that, Jarnit-Bjergsø is expanding his operation into Boston: Evil Twin has joined forces with Dorchester Brewing Company to package, market, and brew a number of its beers.

Jarnit-Bjergsø has been involved with DBCo since July, CEO Matt Malloy says, and has “several” projects in the works. First up: an IPA called Lemonade, made with lemon purée and brewed in collaboration with Sweden’s Omnipollo.

“He is just one incredible person and brewer,” Malloy says. “By having our world-class brewer [DBCo. brewmaster Todd Charbonneau] working with another world-class brewer, they can create these wonderful beers and bring them to market that much faster.”

Evil Twin’s collab with Omnipollo is no happy accident. The Swedish brewery is also a brewing partner at DBCo. now, and cofounder Henok Fentie is turning to a Somerville favorite for his first locally brewed act.

“There was a call for marshmallow, and I said to Henok, ‘There’s this great product in Massachusetts called Marshmallow Fluff, what do you think?,'” Malloy says. “He sent back, ‘Oh my God, perfect.'”

“We’re doing everything from sours to IPAs,” Malloy says. “As the beers come out of our facility, we’ll be working with Jeppe and others to make sure we have those beers here as well for customers.”

Malloy says a few brews from Evil Twin will likely make it onto house tap lines and hit stores as soon as April. According to the beer blog Tenemu, one of those beers may be an IPA called Lost Souls. Another website, mybeerbuzz.com, lists an upcoming gose named A Is For Apricot as being brewed at DBCo. Jarnit-Bjergsø wasn’t available to confirm his plans with Boston.

While Evil Twin does have a devoted brewery on the way, Jarnit-Bjergsø has built Evil Twin on the idea of contract brewing. He mostly brews at East Coast facilities like Westbrook Brewing in South Carolina, and Two Roads in Connecticut. He’ll likely continue those partnerships after his New York site opens, he told Good Beer Hunting, so expect his brand to stick around DBCo. for the foreseeable future.

DBCo. has quickly become the collaborative beer mecca it set out to be. Many Boston-area breweries have also turned to the new facility: Down the Road Beer Co. is brewing there while its Everett taproom is being established, and Backlash Beer Co. just hopped aboard before it lands in Roxbury.

Even Barrel House Z recently signed on as a partner to brew its unaged, “In The Buff” beers in Dorchester. An unaged version of the Weymouth brewery’s Townie Irish ale is up first, which will be released in 16-ounce four-packs—a first for Barrel House Z—this March.

Malloy says a few national breweries will be unveiled as brewing partners in the next few weeks, too, bringing the number of active brands at the facility up around 11. That’s capacity for the Dorchester team right now, he says, but they hope to add to their roster soon.

Whatever is brewed in Dorchester will also be available on draft there. The brewery just tapped Evil Twin’s Yang IPA, and soon plans to offer black-and-tan-style four-packs made with Yang and a stout called Yin.