Notch Brewing Is Building Out More Taproom Space in Salem

And that means more space to sit and sip session beers. 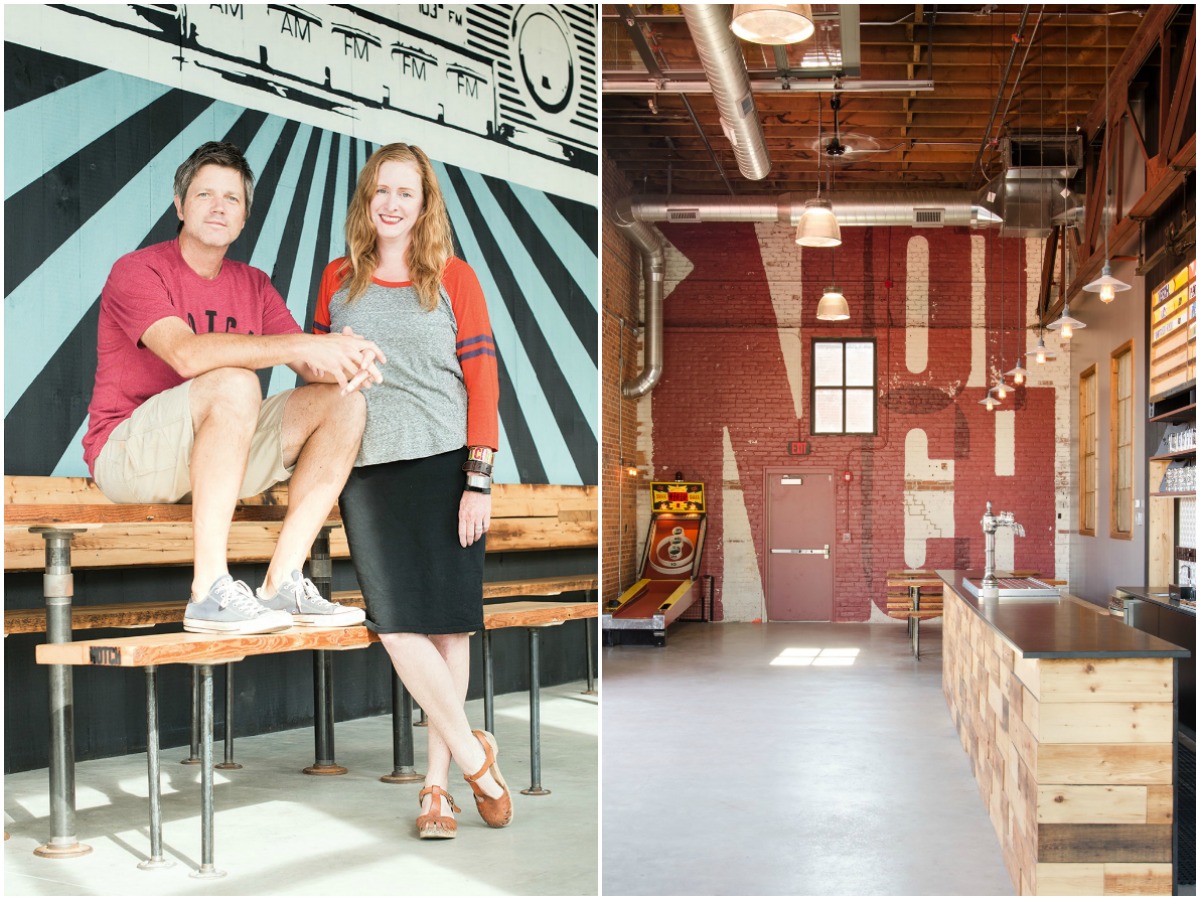 CHRIS LOHRING AND MARY ELLEN LEAHY INSIDE NOTCH’S TAPROOM. / PHOTOGRAPH BY TOAN TRINH for “Moving Up a Notch” / Where the main taproom and expansion share a wall / Photograph by Tamara Flanagan provided

The welcoming, industrial atmosphere at Notch Brewing—complete with fresh, hot pretzels; a riverside biergarten, and live accordion tunes on Saturday afternoons—makes it seem like the taproom has always been a part of the deal with this session beer originator. But in reality, Chris Lohring and Mary Ellen Leahy debuted their Salem home just last summer.

Notch had built up a following that made its German-style beer hall a hit from the outset, after six years of contract brewing the flagship Session Pils, low-alcohol hoppy pale ales, and other German and Czech lager styles. Unfortunately, that also meant occasionally uncomfortable crowds in the beer hall.

“The pain, for me, is when we get busy and I see people excited to come to the taproom, and then all the communal seating is just jammed and we have like, 40 or 50 people just standing,” Lohring says.

Come springtime, he hopes that problem will be solved. On January 1, Notch took over 2,500 more square feet of contiguous space on Derby Street, which frees up some current production and office space for a taproom expansion. The team is currently beautifying a new, 40-seat room for beer hall overflow and private events, on track to open in April.

Overall, the addition won’t increase Notch’s 180-person capacity, it will just allow more people to take a load off. “As it is now, we only have seating for about 80-plus people, depending on how communal people want to get,” Lohring says.

When Notch was getting its South River-side space zoned as a production brewery and taproom, the bar area was initially allowed to be about a third of the footprint. Lohring went back to city officials and was eventually granted 50 percent occupancy, he says, but by that time, the team was already building out the taproom as we know it today. But that said, more seating area has always been part of the plan. During renovations, the team built tables and benches with wood reclaimed from the building’s ceiling, and they made extra furniture in anticipation of creating more seating space, Lohring says.

“[The addition] has the same look and feel: Red brick, communal benches. But a really nice element is a 1914, industrial skylight, which is massive. It has a lot of nice light,” he says.

Though, the taproom expansion won’t have its own bar, nor skeeball machines or any other games, Lohring adds. Jamaica Plain-based Best Dressed Signs, which is responsible for the larger-than-life radio motif and brewery art, has been on site painting the latest mural, inspired by Notch’s branding.

The new room shares a wall with the main taproom, and will be accessed from the corridor where the bathrooms are. Two, opaque windows overlook the addition from the rear of the main bar, near the skeeball machines (see the photo above for a little orientation). Notch will also continue to occasionally use the smaller seating area off the left side of the taproom for group reservations, too.

For now, the freed-up production space will be used for storage, but eventually, Notch will bring in some packaging equipment, Lohring says. As the brewery embarks on its first full year in Salem, he anticipates producing three times more beer there, he says. Expect to see the Single Series beers—a monthly, draft-only release—get canned this summer, and Lohring hints at a new, year-round pint can hitting the lineup in August.