The duo behind the cult favorite pie shop will open Ciao! Market and the Winnisimmet Lounge. 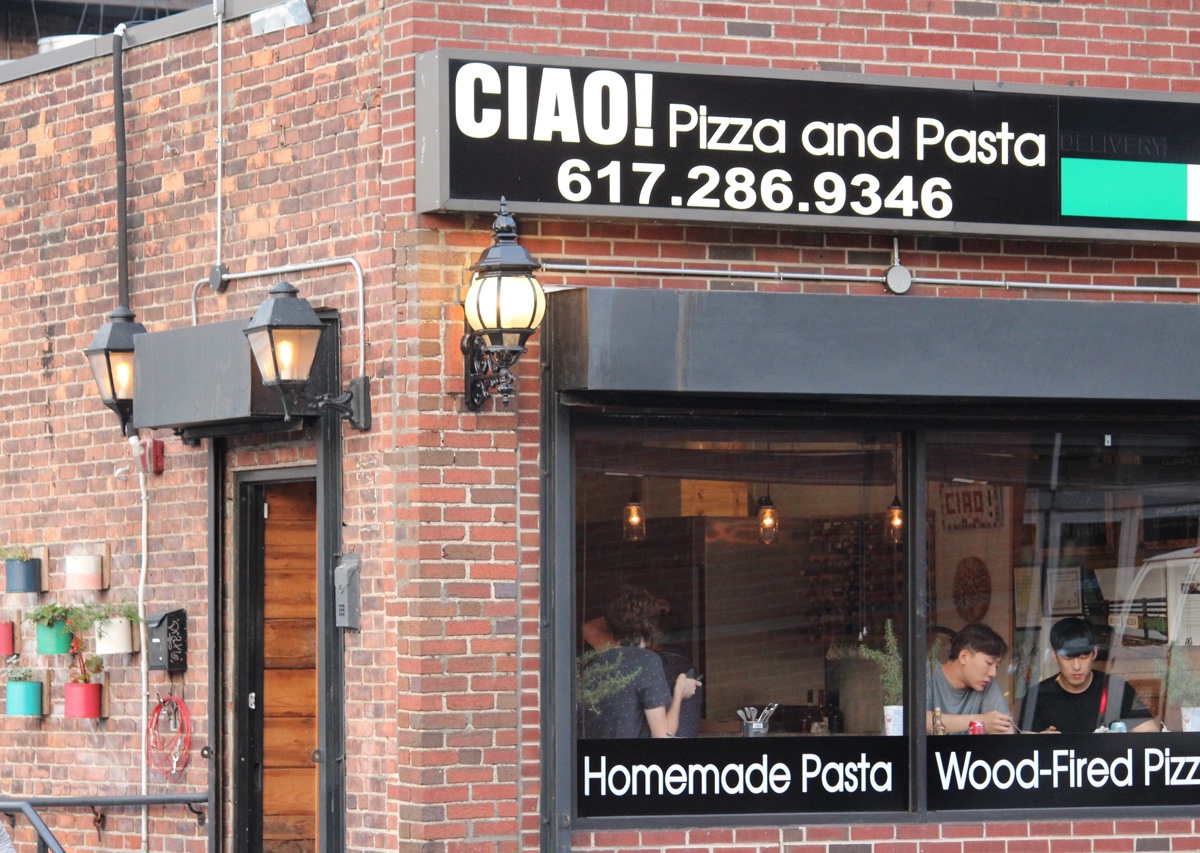 If you haven’t ventured into Chelsea in a while, it’s time to revisit the city across the Mystic River—for the pizza.

The pocket-sized Ciao! Pizza and Pasta debuted in fall 2015, and the area is better for it. Co-owners Edson Coimbra and Marvin Posada, who met while working at Mistral, are making it so, not just with wood-fired pies and hand-rolled pastas with fresh toppings, but also with a demonstrated commitment to hospitality. Coimbra himself, for example, hand-delivers menu items to folks ordering from nearby Mystic Brewing Company, which has a Ciao point-of-sale system and offers its guests the whole menu in the taproom.

And now the duo is proving its commitment to Chelsea: Coimbra and Posada are developing two new ventures in the city. Ciao! Market is headed for 212 Broadway, a former convenience store, where they’ll move fresh pasta production and offer retail. And in a new development just around the corner from the pizzeria, the Winnisimmet Lounge will bring piattini (Italian small plates) and a refined, yet casual full bar to the neighborhood.

Coimbra’s Chelsea home is just about a block from the pizzeria. When he and Posada were initially planning a business together, Coimbra was bullish on his city.

“‘I’ve been here 14 years, and there’s nothing bringing what we’ll bring here [with Ciao],'” he recalls telling his business partner. “Long story short, it’s been fantastic. We’re not only serving great food, but we’re serving an underserved community.” 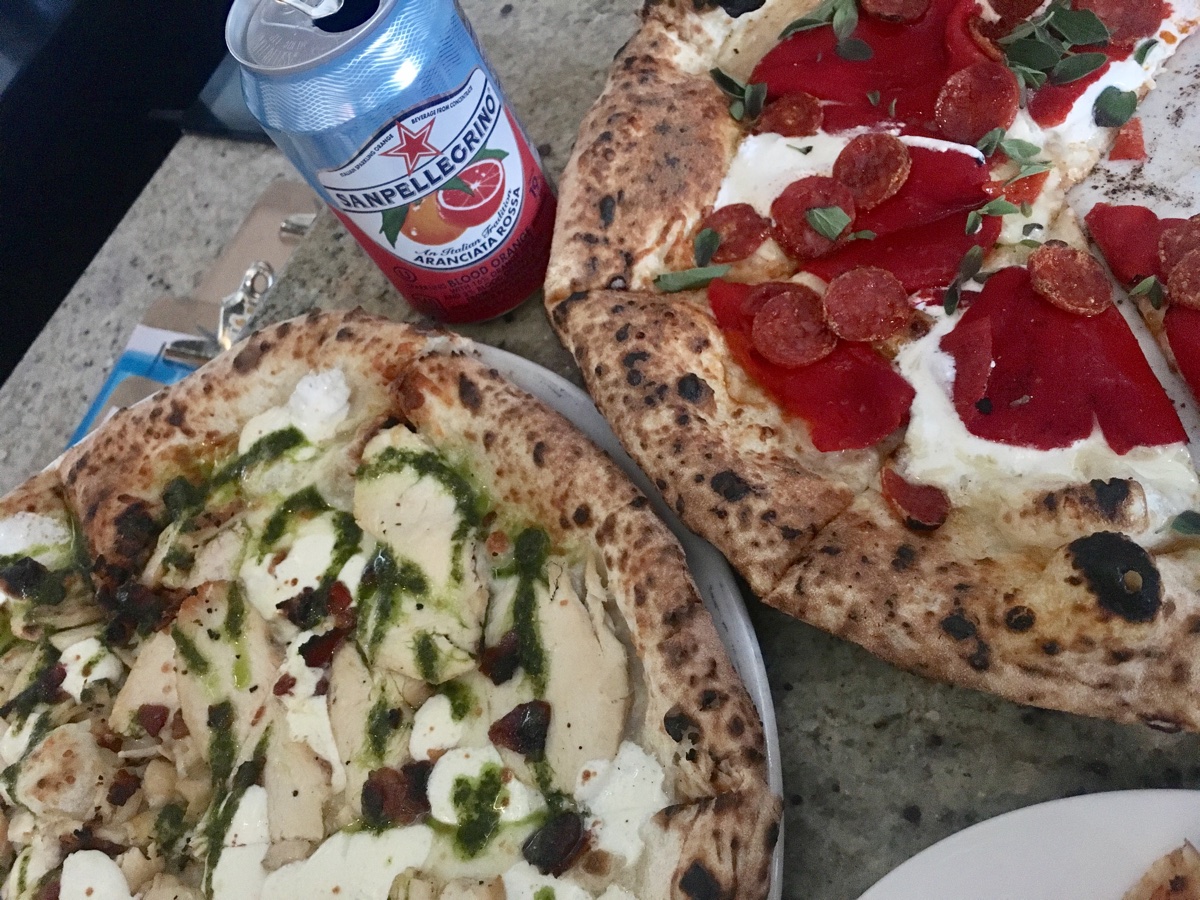 Pies at Ciao! Pizza and Pasta / Photo by Jacqueline Cain

That’s part of the reason the duo is already planning their next move. While working behind the Ciao counter one day, Coimbra was chatting with a regular about plans to open a bar and lounge someday. He happened to be talking to be a developer, who wanted a commercial anchor for a lot he was eyeing at 73 Winnisimmet St. in Chelsea.

Within a couple days, Coimbra says, the developer bought the lot, and was working with the city to knock down the dilapidated, vacant former home of Parrotta’s Alpine Lodge and develop four residential units above a future restaurant.

The project has been approved by the Planning Board, and Coimbra is attending a zoning hearing this month to get the hours and occupancy approved, he says. “Based on what we’re doing here in Chelsea already, we’re hoping people will show up to show their support.”

The Winnisimmet Lounge is named for its street, the original name for Chelsea, Coimbra explains. It’s also the name of the country’s first-ever ferry, which shuttled people across the Mystic River to the North End from the 1600s until the early 1900s. The restaurant will be about a block from the river.

The ground-floor restaurant will be about 1,700-square feet. Coimbra says he’s hoping for about 65 seats, between a dining room, and a bar and lounge area. It would be great to have outdoor seating, but he says they’ll take it one step at a time.

“It will have great food, a great cocktail list, a great beer list, but it’s community-focused more than anything,” Coimbra says. “Having a place to hang out—right now, I think that’s missing here, and I think being able to provide it is absolutely huge for us.”

It’s the early stages of this project, but the Winnisimmet could open within 18 months, Coimbra says. The Ciao! Market is much closer on the horizon: The owners are finalizing their lease with the property’s current landlord, Coimbra says. As soon as he has the keys in hand, renovations will start, which he expects will take two months.

The shop doesn’t need a full kitchen with hood vents and the like, just space for pasta production, an espresso counter, a retail display case for gelato, pastries (freshly made in the Ciao kitchen up the road), and fresh pasta to-go, and potentially some seating. Coimbra hopes it will open this summer.

Before opening Ciao, Posada was executive chef at L’Andana in Burlington. Coimbra was the general manager there, and also worked at Sorellina. He knows Chelsea doesn’t have a fine reputation—let alone one for fine dining—and he definitely faced skepticism before Ciao debuted, Coimbra says.

“To be able to bring in something small and special here, and within a year and a half plan a new project a block away, is very exciting. I’m very passionate about it,” he says. “I live this.”