SpikedSeltzer Is Expanding Nationally in 2017

The original hard seltzer brand was born in Connecticut from a Boston brewing lineage. 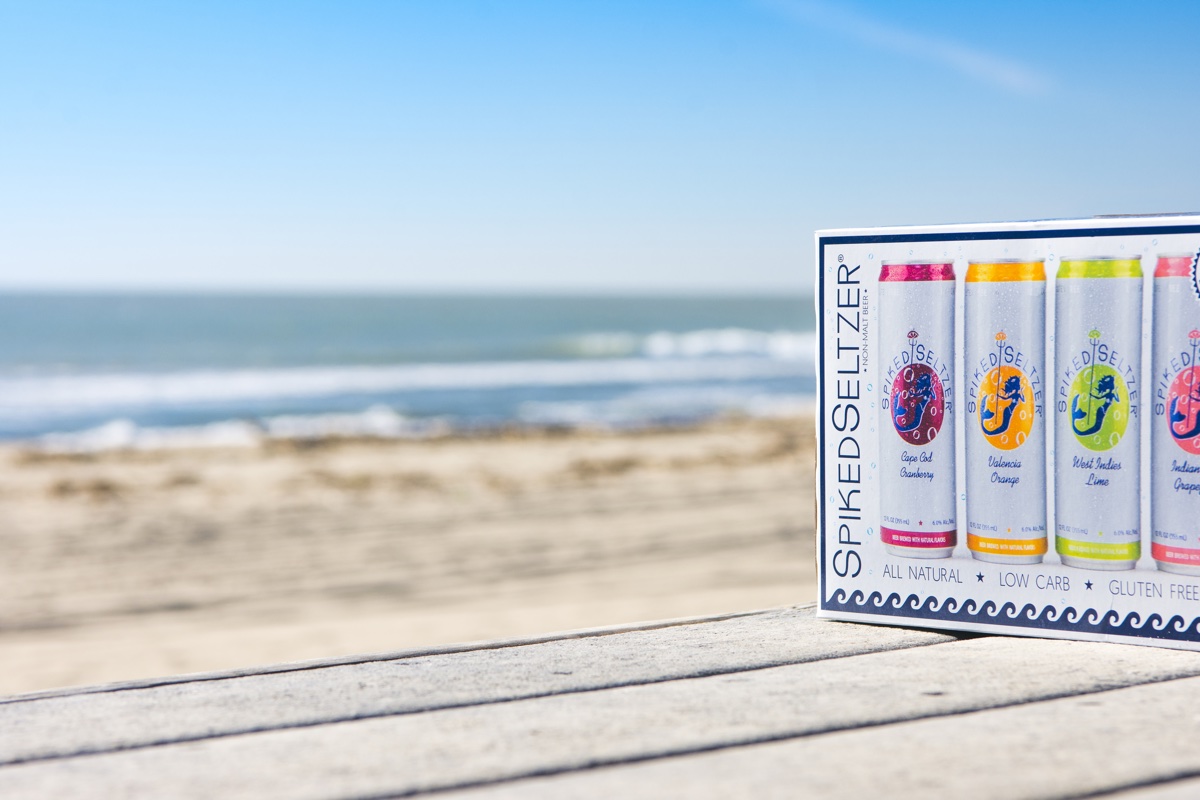 With shiny cans and sparkling bottles of several different hard seltzer brands on the shelves—and even the forthcoming resurgence of its sweeter predecessor, Zima—it might be hard to remember that boozy, fizzy water just recently became a thing. It wasn’t until 2013 that Connecticut company Boathouse Beverage introduced SpikedSeltzer on the Northeast U.S. market.

And it was just the beginning. This spring, the entire United States will have access to the original. SpikedSeltzer expanded into the Mid-Atlantic at the end of January, and as of March 6, it will be available in 48 states. Florida and Texas will get their own deliveries by the end of April, Shields says.

“I’ve never even been to Alaska or Hawaii, so I’m interested to hear about the product getting there ahead of me,” he says.

Shields, a Massachusetts native, has spent his life in the beverage industry. His grandfather, T.C. Haffenreffer Jr., was the third generation operator of the legendary Jamaica Plain brewery, though he ceased its operations before the 43-year-old Shields was born.

A Cornell food science master and U.C. Davis brewing science alum, Shields spent most of his career in flavor development, with stints at a young Nantucket Nectars, and at PepsiCo developing Gatorade flavors for international markets.

“I brought to the brewing industry this desire to take back some of the lost ground to wine and spirits by making something similar to what people are demanding,” he says. “When I looked down a bar in Westport, Conn., where I’ve lived for 11 years, you see vodka soda after vodka soda being poured. That’s the drink people want, with a twist of lime. So that’s where I started: Let’s make this as clean and light as people are requesting, and bottle it up for convenience.”

“There was a buzz in the crowd. That was our market validation,” he says. The product hit shelves the next month, and since then, SpikedSeltzer has sold more than 500,000 case equivalents.

Much of that has been in Massachusetts: Boston, the South Shore, and Cape Cod are among SpikedSeltzer’s biggest markets. Shields says the company actually couldn’t keep up with demand last year—which was among the factors that led to selling to Anheuser-Busch’s High End portfolio.

Competition was another reason. The national brands beat the original SpikedSeltzer to the market in many states.

Anheuser-Busch has “a world-class distribution network with just over 600 wholesalers across the country,” Shields says. “We’re now in the process of going from 30 distributors in five states, to north of 500. There’s no way to make that [leap] yourself as a small company.”

“Wholesalers and retailers are already bursting at the seams with line extensions of current products,” Shields says. “[We’ve] got four major flavors that can work in a lot of different ways.”

But they will introduce a new, “wintertime cocktail-inspired” flavor around the holidays, Shields says—and it won’t be pumpkin spice.

SpikedSeltzer’s variety 12-pack cans and canned six-packs of Indian River Grapefruit and West Indies Lime will be available nationwide by May 2017.