His proposal is meant to fuel development in neighborhoods like Mattapan, Roxbury, and East Boston. 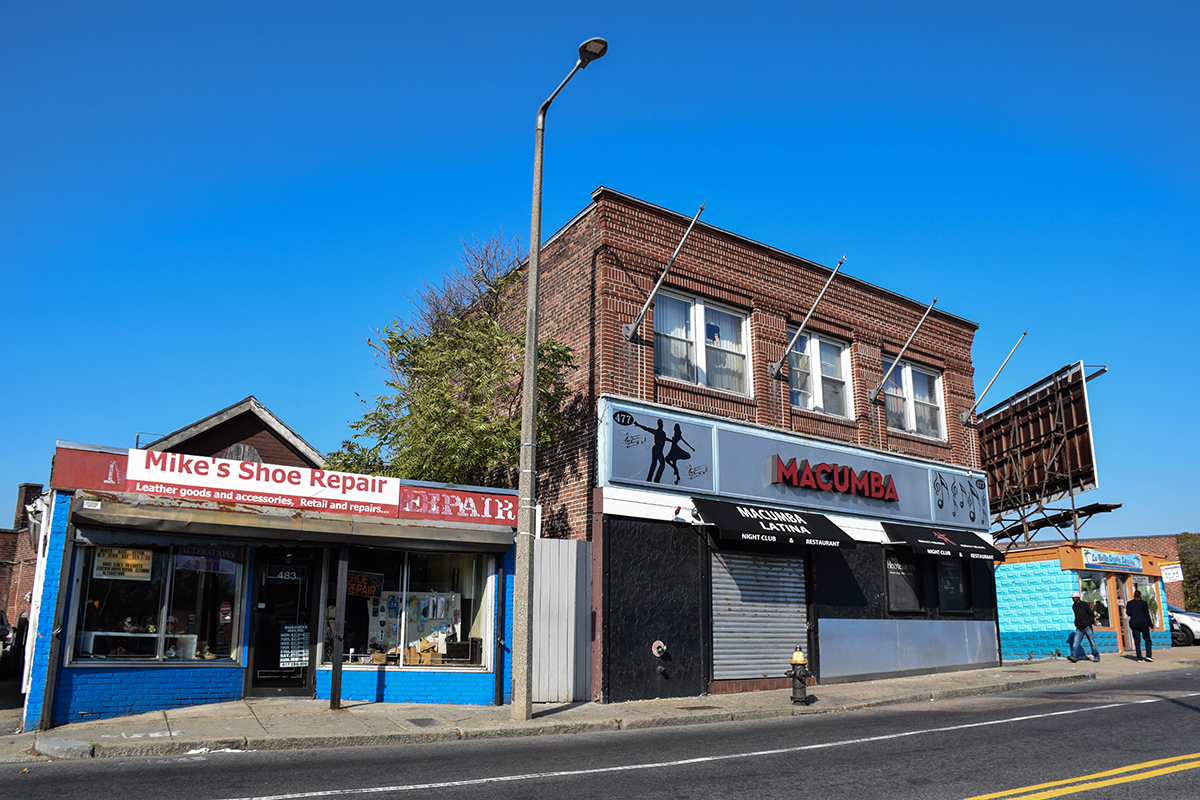 MACUMBA LATINA nightclub, one of only TWO Mattapan VENUES WHERE ALCOHOL CAN BE SERVED. / PHOTO BY LLOYD MALLISON for “Why Boston Needs Liquor License Reform”

The city of Boston is well overdue for some updates to its archaic liquor laws, and Mayor Martin J. Walsh apparently finally agrees. On Monday, the mayor proposed to make 152 new alcohol licenses available over a three-year period, targeting neighborhoods that are historically lacking in the nightlife department, the Boston Globe reported.

Dorchester, East Boston, Hyde Park, Jamaica Plain, Mission Hill, Mattapan, and Roxbury would each get three all-alcohol licenses, and two beer and wine permits, every year through 2019, per the proposal. It would also limit the number of the new licenses awarded in active ’hoods, Back Bay and the North End, though it would award five licenses a year to other community business districts. Another aspect of the measure is to grant full liquor licenses for the Lawn on D, and the South End’s Boston Center for the Arts, the Globe notes.

The number of licenses allowed in this proposal is more than double the amount granted under a 2014 law, which previously marked the biggest move toward liquor reform in Boston since Prohibition.

It would also improve on that law, which didn’t earmark the licenses for each specific underserved neighborhood. Mattapan still has zero restaurants that serve alcohol, the Globe notes. The new proposal would keep the licenses available to each neighborhood, even after the three-year period. So, if Mattapan business owners again miss out on claiming the licenses in the allotted timeframe, the Licensing Board would hold onto its 15 permits, and keep them earmarked for Mattapan.

“This balanced approach to licensing ensures neighborhoods historically disadvantaged by the liquor license process will receive their fair share of licenses, while also providing an option for larger establishments to receive licenses without hurting our small businesses,” Walsh told the Globe.

The proposal is subject to the approval of Boston City Council as well as the State Legislature, but at this point, it’s nice to see the city trying something to improve the liquor license situation.