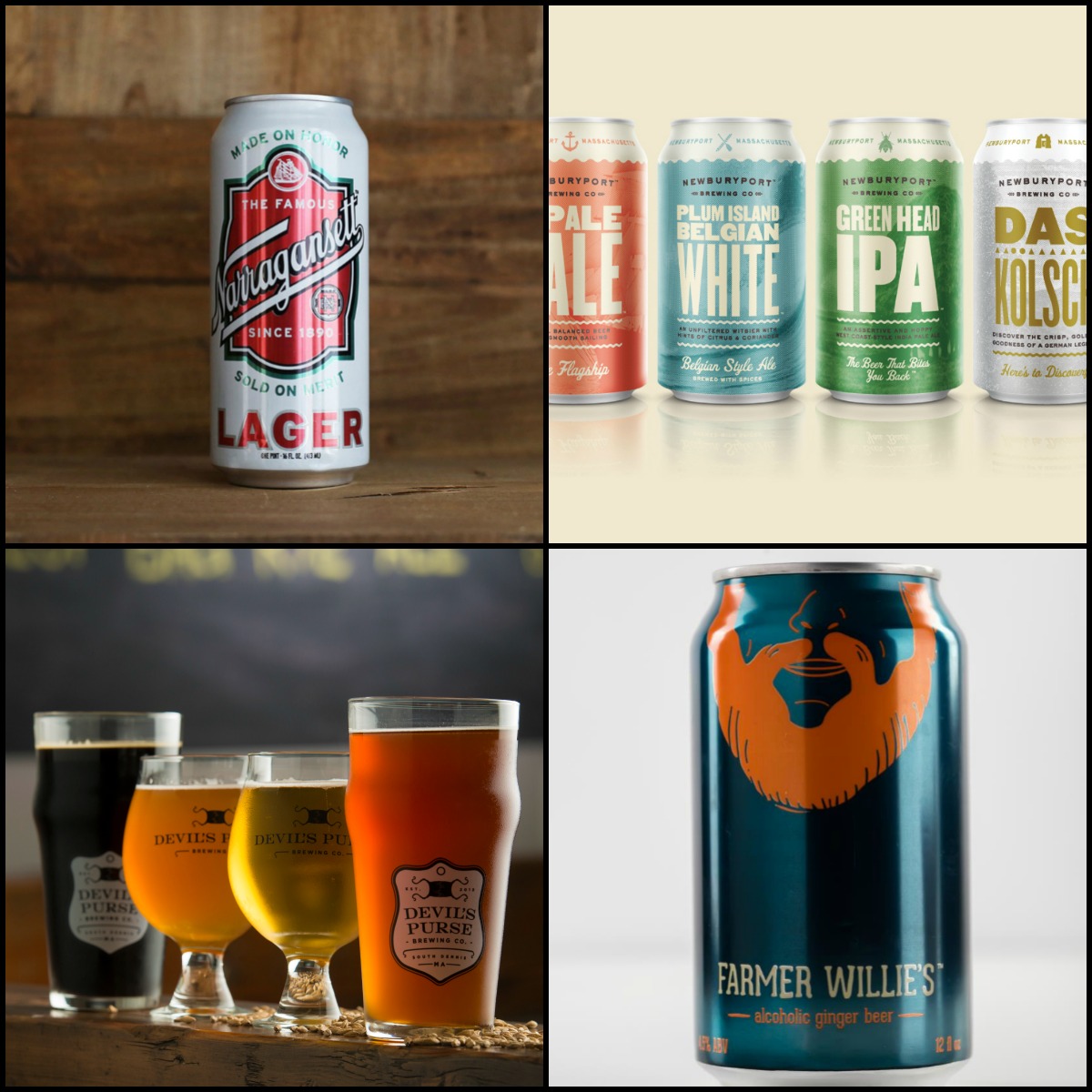 By the end of March, Isle Brewers Guild will officially open its taproom in Pawtucket. The $12 million brewing mecca not only marks a move home for historic Rhode Island brand Narragansett, but it also attests to a need for contract brewing space. Companies like Newburyport Brewing simply can’t keep up with demand with their current operations, and facilities like Dorchester Brewing Co. and now, IBG, offer a second space to those that need it.

Last week, the 130,000-square-foot campus announced the addition of two such companies: Devil’s Purse Brewing Company of Cape Cod, and Farmer Willie’s Ginger Beer. Both will begin production there this month, and will have their beers on draft when the taproom debuts.

For Farmer Willie’s, it gives the company a more permanent space for the first time. Cofounder Nico Enriquez previously brewed his gluten-free, low-ABV ginger beer out of Foolproof Brewing’s facility in Pawtucket. The move to IBG will ramp up the company’s annual production from 700 barrels to around 3,000, he announced in a press release. The added space will also allow the ginger beer-makers to focus on sales and marketing, while the craft cooperative helps get beer out the door.

“It’s pretty awesome that we can call the Guild our new home,” Enriquez wrote. “Now, with our own space, we have the ability to brew alongside some of New England’s most respected breweries.”

Guild cofounders Devin Kelly and Jeremy Duffy have built their campus around that shared idea. IBG will be eventually be home to seven breweries, including Narragansett, Newburyport, Farmer Willie’s, and Devil’s Purse. Even though the latter operates its own brewhouse and taproom in South Dennis, cofounders Mike Segerson and Matt Belson joined the Guild to take some pressure of their brimming production demands. 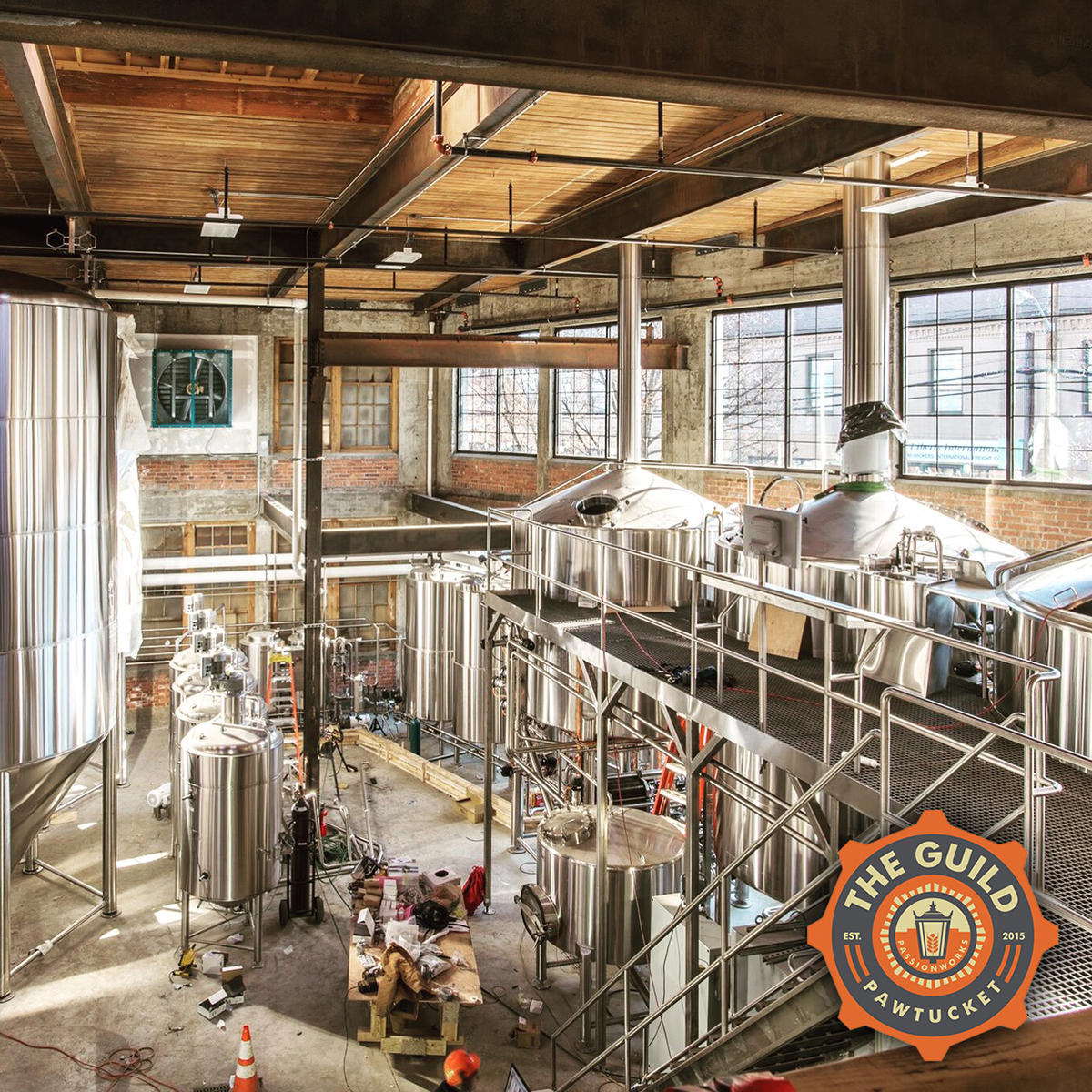 “We’re quickly approaching maximum capacity at our brewery,” Belson wrote in a press release. “Now, we have the ability to scale up our production without the expense of ordering more equipment and looking for a new space, which is a major incentive. And, when we met with IBG and saw the depth of talent and brewing experience they’re putting together, we knew this would be a great partnership for both of our companies.”

Devil’s Purse will brew two of its beers at the Pawtucket space: Surfman’s Check ESB, and Handline Kölsch. As a partner at the new space, the brewery plans to get into new packaging options—mainly, 16-ounce cans—and expand its distribution footprint.

Duffy says the other three Guild partners are under wraps for now, but he did share that they are all New England-based companies.

“I’ve really given them the option to lead the announcement,” he says. “I want to leave it up to them.”

In the meantime, tenants are getting settled in the brewhouse. Duffy says the Guild is in the midst of producing Narragansett’s first beer made in Rhode Island since 1983. It’s a new IPA, fittingly called It’s About Time. He says Newburyport will begin brewing in the next few days, with other partners soon to follow. The IBG roster can also take advantage of a barrel-aging space, cold storage, and more that the campus offers.

Anything that is produced at the Guild will be on tap there, too. Duffy says the taproom will open with six beers to start, ranging from Newburyport’s Green Head IPA to the Devil’s Purse Kölsch.

“We’ll be adding other components, and food and beverage entities, on campus,” Duffy adds. Eventually, the owners hope to launch classes on brewing and fermentation, too. “We’re still working on the academic side and building that up, but that probably won’t happen until the fall.”

The massive craft cooperative has been a venture years in the making, and Duffy says he’s really happy with the mix of breweries that are now part of the team. It’ll just be a few weeks until we can begin tasting the fruits of those labors in Rhode Island. 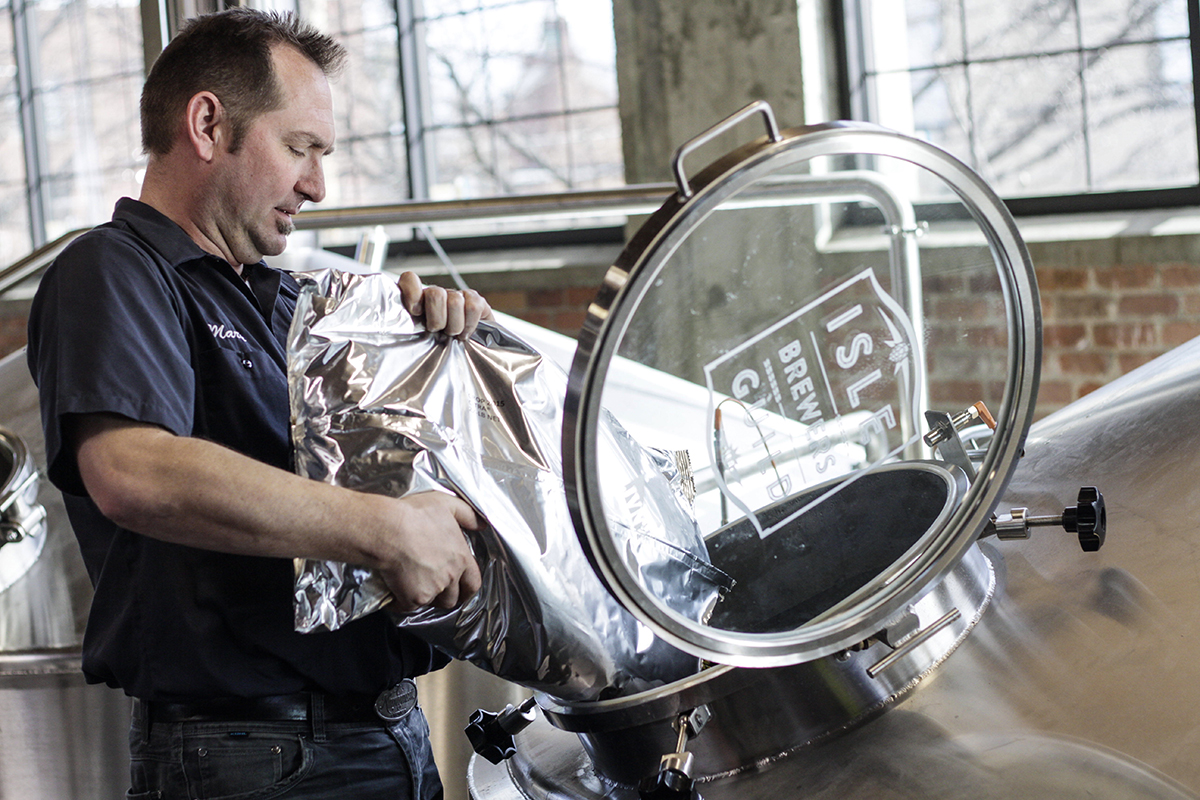