The new lobby lounge has more than 60 types of wine-distilled spirts, and a menu from Bambara chef David Bazirgan. 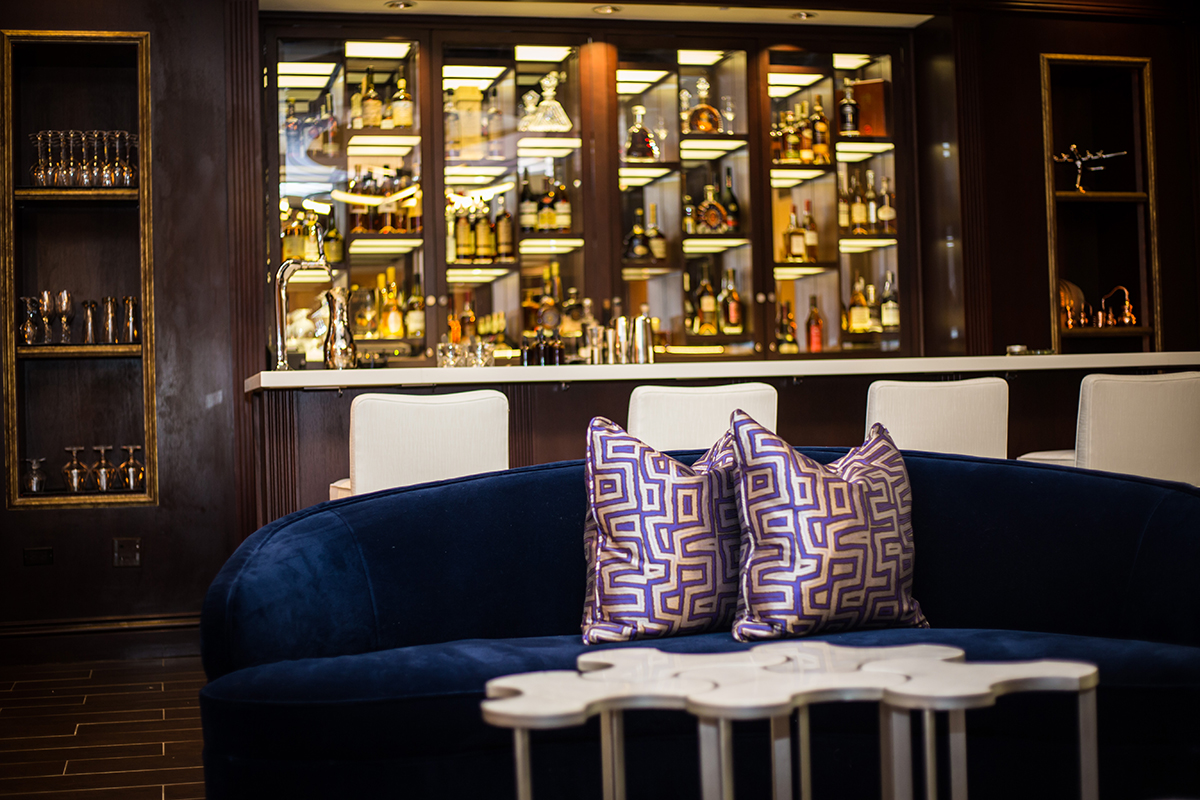 Brandy is the catchall term for liquors distilled from wine—classic French Cognacs, brandy de Jerez, from the Andalusian “sherry triangle;” American apple brandies, and other varieties. A brand new bar in the lobby of Cambridge’s Hotel Marlowe celebrates all of them.

Now open at the Kimpton property, the brandy bar has a selection of more than 60 different types of brandy from Europe and the U.S. Try them out in half-ounce, single-ounce, or two-ounce pours from the “Taste of the Good Life” menu, or sip one of a half-dozen classic brandy cocktails, like a Vieux Carré with Pierre Ferrand 1840 Cognac. Lead bartender Dennis Cargill, who helped open Michael Schlow’s Radius, Via Matta, and more before joining the Kimpton group, populated an extensive list of American fruit and grape brandies, French styles, and select Spanish and Italian varieties. There is also a handful of wines by the glass, and a few beers.

David Bazirgan, executive chef at Marlowe’s Bambara restaurant, culls form his dinner and bar menus for the lobby’s food options. Mediterranean-influenced small plates, like pumpkin falafel with spiced yogurt and pomegranate; and choreg bread with za’atar and whipped honey butter, join house-made charcuterie, a burger, and more. Check out the full food and bar menus below.

The Hotel Marlowe brandy bar has four seats, plus lounge seating and communal tables for 30. It is open weeknights from 4-10 p.m. 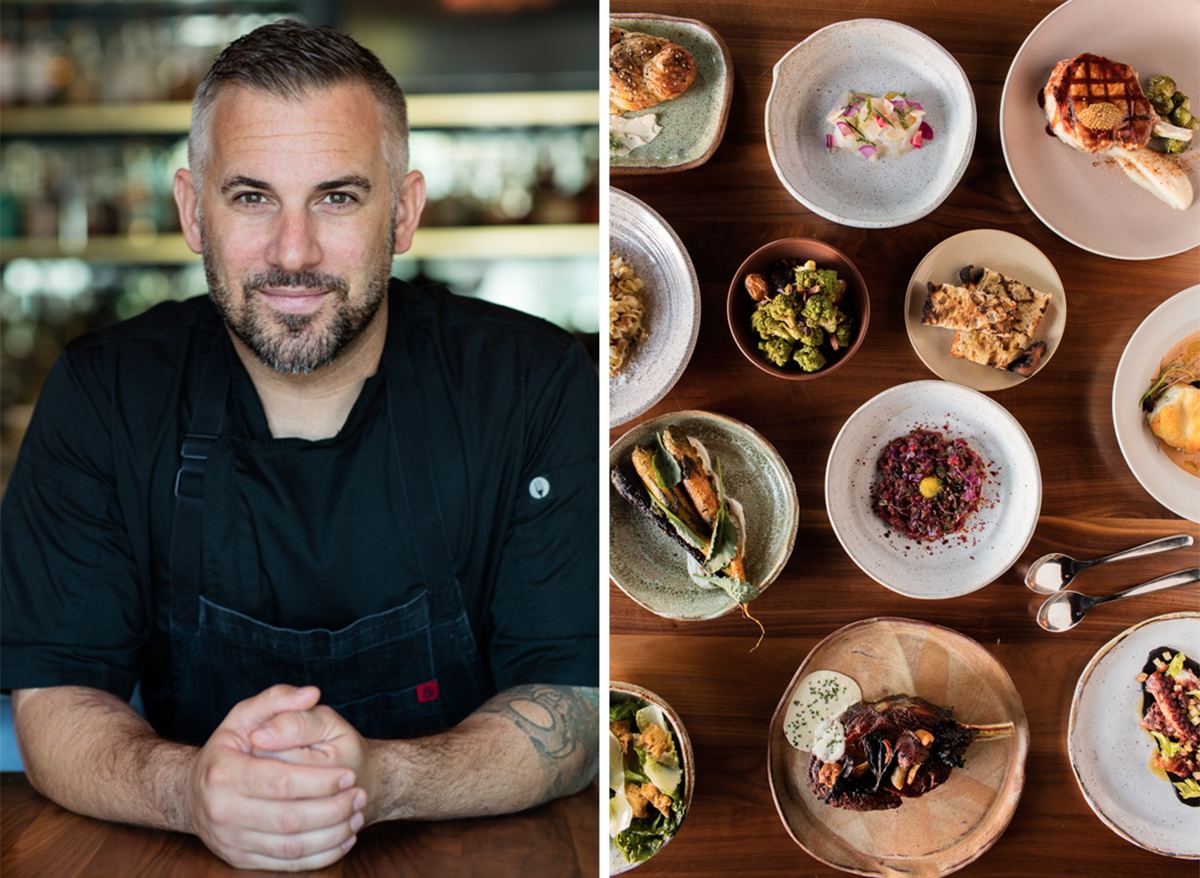 Chef David Bazirgan and dishes from his menu at Bambara in Cambridge. / Photos by Scott Gardner provided