Small Bite: The Dutch Baby at Freepoint and Superfine

Matthew Gaudet's come a long way since the signature "egg in a jar" at West Bridge. 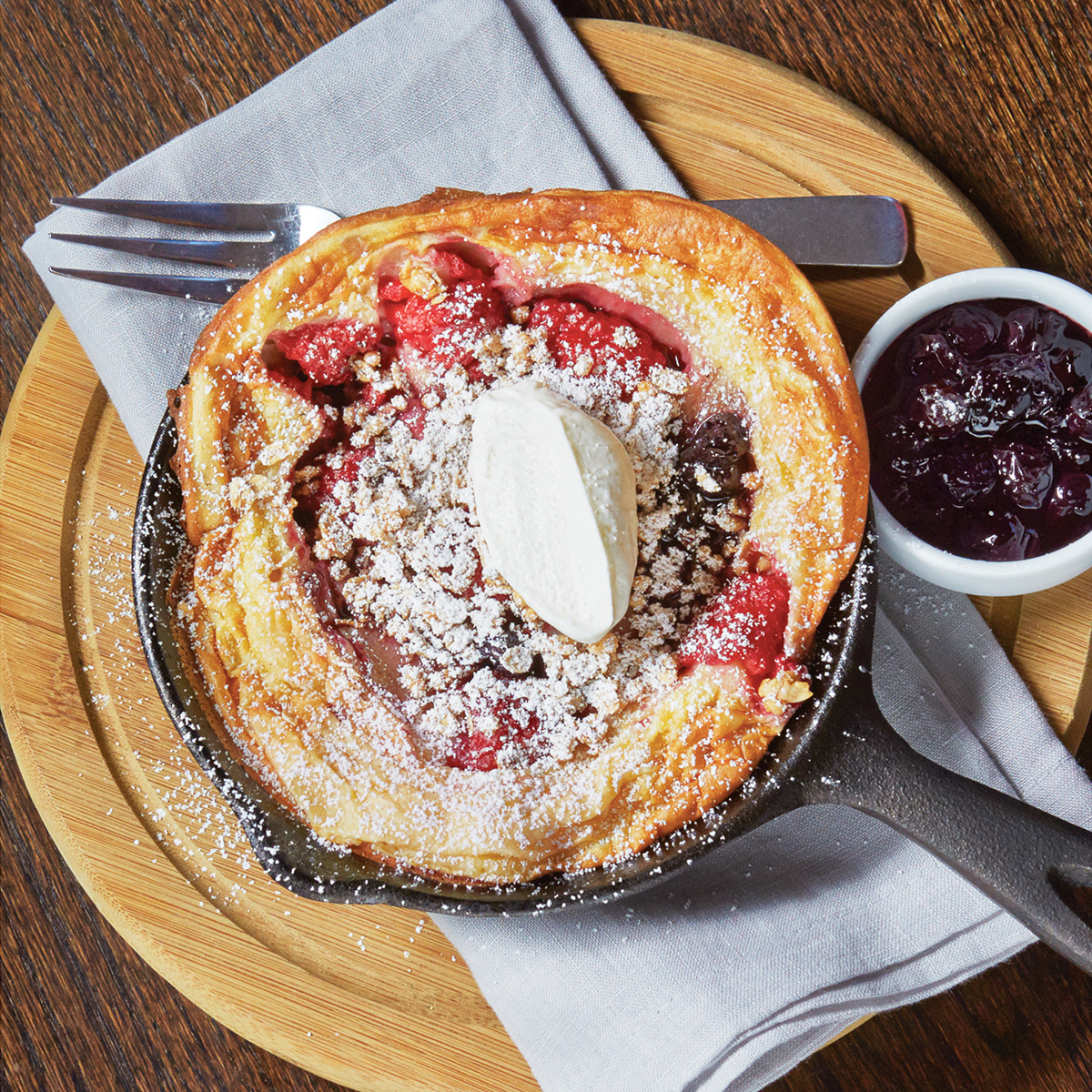 Not long ago, Matthew Gaudet was collecting accolades for his signature “egg in a jar” and other finicky, French-influenced dishes at West Bridge. But since closing the restaurant in 2015, the chef has shifted his focus to casual, craveable fare, from ribs and sandwiches to breakfast favorites such as the Dutch baby (pictured). You’ll find this puffed pancake at his Manchester-by-the-Sea spot Superfine and Freepoint Kitchen & Cocktails, opening April 19 in Cambridge’s new Freepoint Hotel. “Years ago, I was trying to revolutionize what we thought of as cool food, and I kind of grew out of it,” Gaudet says. “At Freepoint, I’ll have a grilled cheese on the menu. Why? Because it’s awesome.”