The cofounder of the Everett company on spirit trends, his go-to cocktails, and more.

Welcome to Table Talk, a new series where we get to know your favorite local food industry professionals. 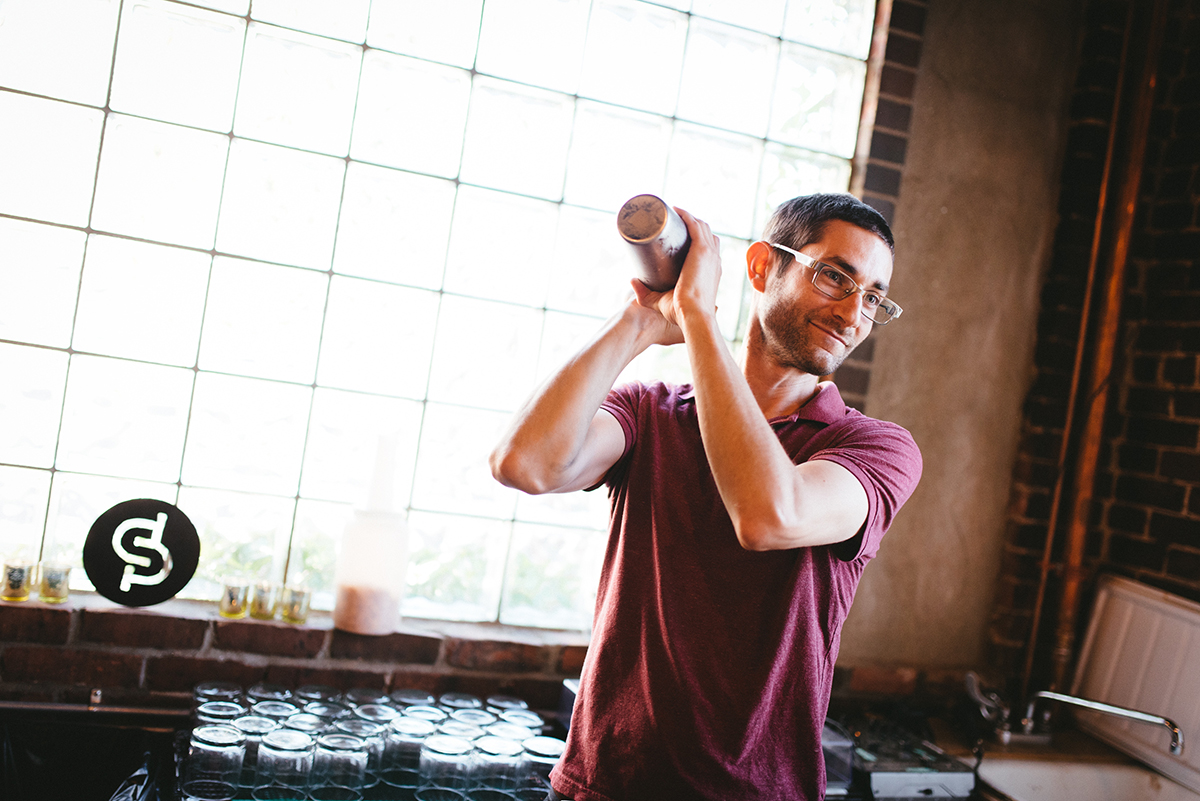 A few years ago, few would have guessed that a slice of Everett would be the budding “Fermentation District” it is today. But before our eyes, the blocks hugging Santilli Highway are now home to a triad of craft producers: Night Shift Brewing, Bone Up Brewing Co., and Short Path Distillery. (Down the Road Brewing’s forthcoming taproom will be a mile… down the road.)

The distillery—cofounded by Jackson Hewlett, Matthew Kurtzman, and Zachary Robinson—combines a love of the sciences with old-world techniques to produce a range of rums and gins, and soon, even whiskey. Robinson is the chemist of bunch, and holds a master’s degree in organic chemistry from Northeastern University. Pharmaceutical research didn’t quite suit him, though, so he has spent the last few years putting his background behind something a little more spirited.

What are some of your hobbies outside of Short Path?

That’s kind of tough, since I’m always at Short Path working [laughs]. I do like photography—nothing super fancy, I just like taking pictures and doing simple post-processing on my computer. I’m big into hiking as well. Growing up in Maine, [near] Acadia National Park, we used to hike all the time, so it’s been an ongoing passion of mine.

How did you get into spirits?

It started five or six years ago, when the three of us [cofounders] started a Scotch club. Around 8-15 guys would get together, everyone would throw in $30-$50, and then the host would buy a collection of expensive scotches. We also did Irish whiskey and Japanese whiskies. And we really, really got into it. We were doing this on a monthly basis, and did like 17 months of these nights in a row. It opened us up to how different whiskey could be across all the different types. From there, it started as a joke where we said, “Wouldn’t it be cool if we did this ourselves?” Suddenly, we’re two years into owning a distillery.

What’s your favorite spirit to work with?

My favorite to make, and drink, is our apple brandy. I really love apples, for one thing. It’s a fun spirit to make: starting with raw, unpasteurized, local apple cider, and seeing it go from that—which is great on its own—to fermenting a hard apple cider, to distilling it, and getting the clear, un-aged apple brandy at the end. Then, putting it into barrels and seeing how it changes over time. You’re starting with something that’s pretty awesome and ending with something that’s sublime.

What trend in the alcohol industry would you kill off if you could?

[Laughs] We’re not here to judge other people. If people want to drink their spirits in a certain way, or drink certain spirits, that’s their decision. I don’t get too worked up over what other people are doing, at least in a negative way. The only thing that annoys me are some state laws that can be frustrating. There are a lot of things that beer and wine can do, that spirits can’t.

What’s on the horizon for Short Path?

We’re going to have a patio. I don’t know exactly when, but we’re slated to get the space [in] March. As far as products, we have two new products that will be released in the next two months. [One is] Pommeau, where we take our apple brandy and blend it with unfermented apple cider, and then place it into bourbon barrels for a year. It’s got caramelized apple notes from the apple brandy, sweetness and tartness from the cider, and then you get vanilla from the barrel, as well as this nice whiskey finish. And our Ouzo, an anise-flavored spirit. Our goal is to launch that on Greek Independence Day.

We did just buy a whiskey still that arrived from Portugal, so our goal is to get that running mid-summer.

Spirits are going to follow the same trends that craft beer did. Before craft brewing, it was just all pilsners and lagers, and now it’s expanded into IPAs and sours. Nobody wants just an ale anymore: they want something more to it. Once you establish that class, it explodes into all the different possibilities within that. Craft spirits are still in the process of establishing classes. Whiskey is the spirit of the moment right now. There’s a lot of different takes, and we’re just starting to say, “This is a good craft bourbon.”

Fruit brandy is [also] going to become more a thing. If you go to every single part of Europe, there’s a different brandy for whatever fruit grows there, be it pear or cherry. That’ll be coming down the pipe here.