The brewpub is the city's first full beer production operation. 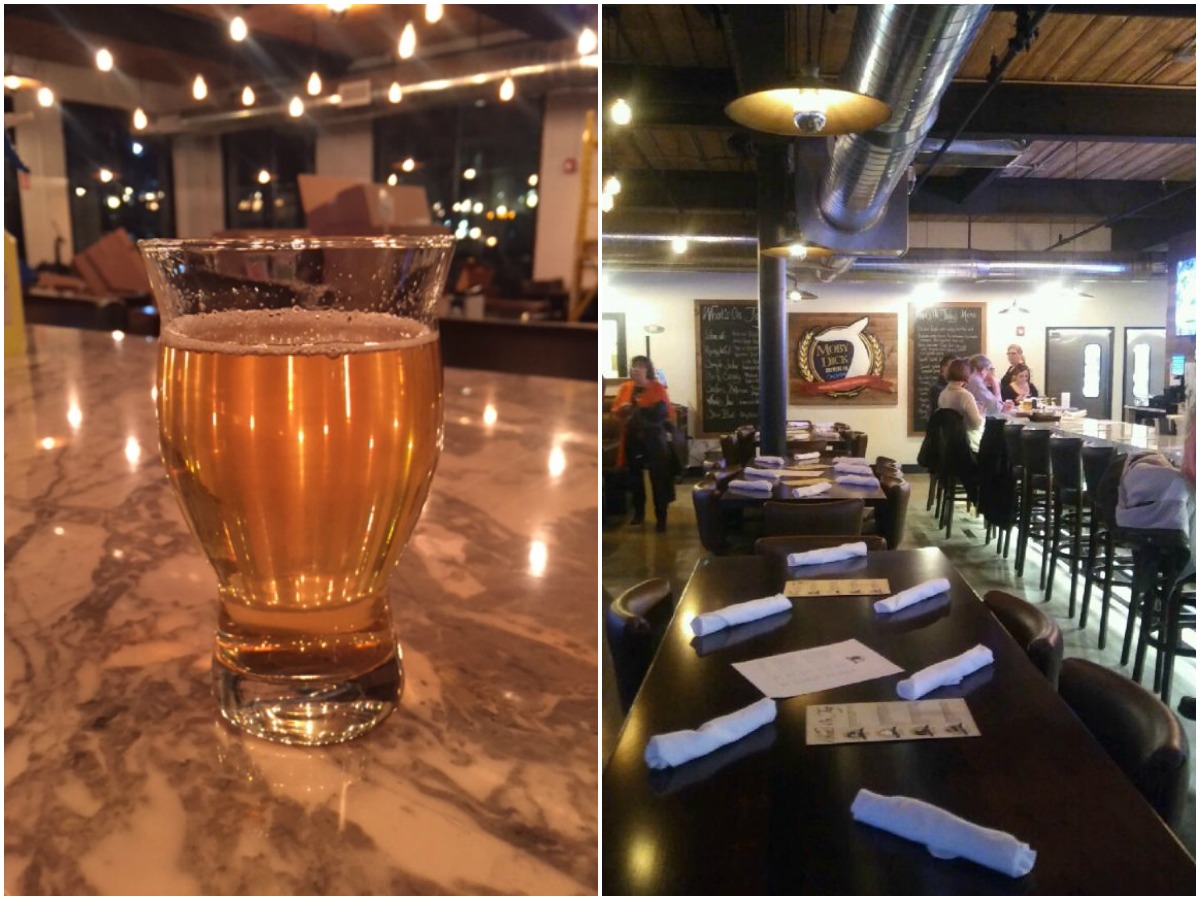 Among other spots, Cleland previously operated three Boston-area locations of the chain Rock Bottom Brewery, which is where he met Moby Dick brewmaster Scott Brunelle more than a decade ago, he says. The executive chef is Tom Mackley, a Maryland native who recently returned to the East Coast from Seattle, where he worked for the James Beard Award-winning restaurateur Tom Douglas as executive chef at Lola.

“Our menu is going to be locally sourced and sustainable,” Cleland says, noting that the local red snapper wasn’t available during Wednesday’s friends and family service. The fishing boats didn’t get out in the blizzard, so Mackley improvised with monkfish.

The menu spans pub-style comfort food; hand-cut fries with beer cheese have been popular, as well as the hanger steak. The kitchen reflects a bit of Southern influence—Carolina Gold seafood rice, cornmeal-fried oysters, a Nashville-style hot chicken sandwich—as well as Portuguese flavors that are prevalent on the South Coast, like salt cod chowder with Madeira and charred leek relish, and linguiça in the beer-steamed mussels. There are also brewpub-worthy snacks, like malted barley trail mix, and crunchy corn nuts dusted in smoked paprika.

The bar has a full liquor license, so there is a cocktail list and a wine selection alongside Brunelle’s brews. There are seven draft beers to start; the cask offering isn’t quite ready for opening day, Cleland says. Three core beers, Simple Sailor American-style lager, Ishm-ale Irish-style amber, and Quick Eternity West Coast-style IPA, will always be available. Moby Dick also opens with a few seasonals and experimental beers, like Stove Boat dry Irish stout, and Whale’s Jaw white ale.

“The beers will also have some variety and rotation to it, to appease the craft beer community,” Cleland says.

The full-production brewery joins Greasy Luck on the New Bedford beer scene. That brewery opened in December with a fairly unique, semi-automated SmartBrew system. The South Coast is also home to Buzzards Bay Brewing in Westport (which is, in turn, home to a cool cat).

Moby Dick seats 99 on the corner of Union and South Water streets, including 12 in a private dining room that overlooks the 10-barrel brewhouse. It is open Tuesday-Sunday for lunch, and dinner until 10 p.m. Sunday-Thursday, and 11 p.m. on Fridays and Saturdays. Monday hours will likely come in the future, Cleland says.