This roll will happily shock your taste buds, and it's healthy. 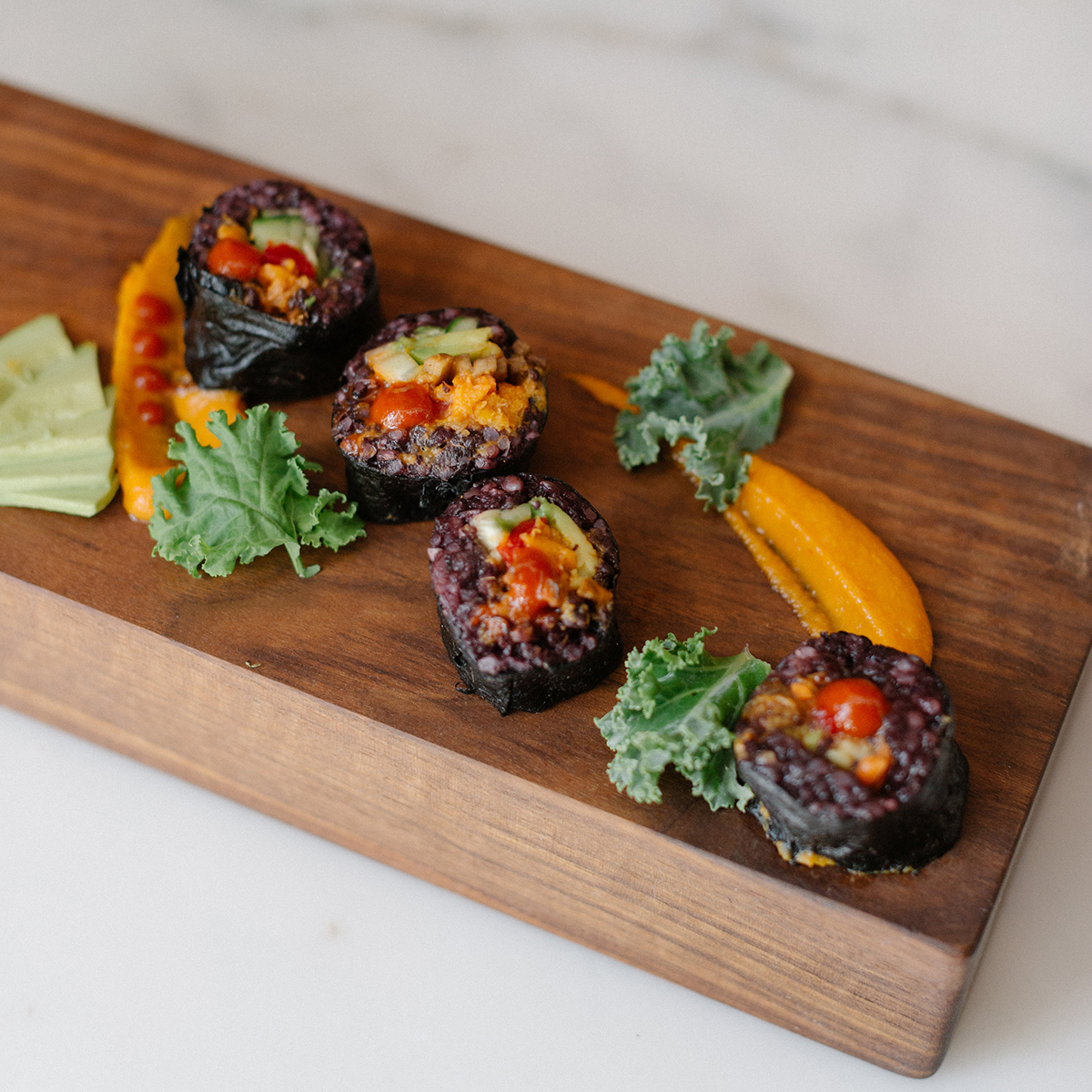 Kick the spicy tuna roll to the side for Pressed Boston’s take on the traditional Japanese dish: superfood sushi. Made with intense black rice, silky sweet potato, creamy avocado, crunchy burdock, yacon root, and house-pickled vegetables, co-founder Ashley Gleeson has reinvented what it means to eat a plant-based roll.

Since opening in Beacon Hill doors in 2015—and then expanding to the South End in 2016—Pressed Boston has created a reputation for on-the-go, plant-based cuisine.

“I think a lot of people sacrifice taste for health, and that was one thing that we really didn’t want to do,” Gleeson says, “Sushi is something that everybody loves and it is healthy, but for plant-based sushi, there really aren’t a ton of options out there.”

Gleeson and her fiancé, David Clendenin, were inspired to open Pressed by a lack of healthy to-go options around. They sought the expertise of their friend, New York City chef Joya Carlton (The Butcher’s Daughter), to bring their plant-based menu to life.

From those brainstorming sessions, they’ve made their sushi more fulfilling and substantial than a regular roll, Gleeson says, and accompany it with a creamy umami plum sauce for dipping. On top of this, the roll is  full of nutrients. “You know, white rice is fine. Brown rice is better, but black rice would be the best. It has a ton of amino acids in it and it’s just really good stuff for you,” she explains.

The purple-black rice isn’t the only do-good ingredient. The umami sauce also contains a lot of vitamins and minerals—the superhero of sauces adds a tangy and salty punch without the sodium of soy sauce. According to Gleeson, the sushi also contains protein, vitamins A and E, and healthy fats.

Although the restaurant’s menu is seasonal, the dish has been so popular that Gleeson has no plans on changing the ingredients. “We have talked about doing maybe a second type of plant-based sushi, and change up the flavor profile a little bit,” she says.

Other popular items from the grab-and-go menu include the savory avocado toast topped with pumpkin seeds, hearty vegetable root pad Thai with zucchini noodles, and the Calm shake with house-made chai.

These fan-favorites, along with the rest of the innovative menu, are available at both Pressed restaurants. Keep an eye out for three more locations, however, as Gleeson plans on spreading her healthy menu in the Boston area.