Have “A Proper Drink” With Cocktail Writer Robert Simonson in Boston

The New York Times scribe and author celebrates his latest book over modern classics at the Hawthorne. 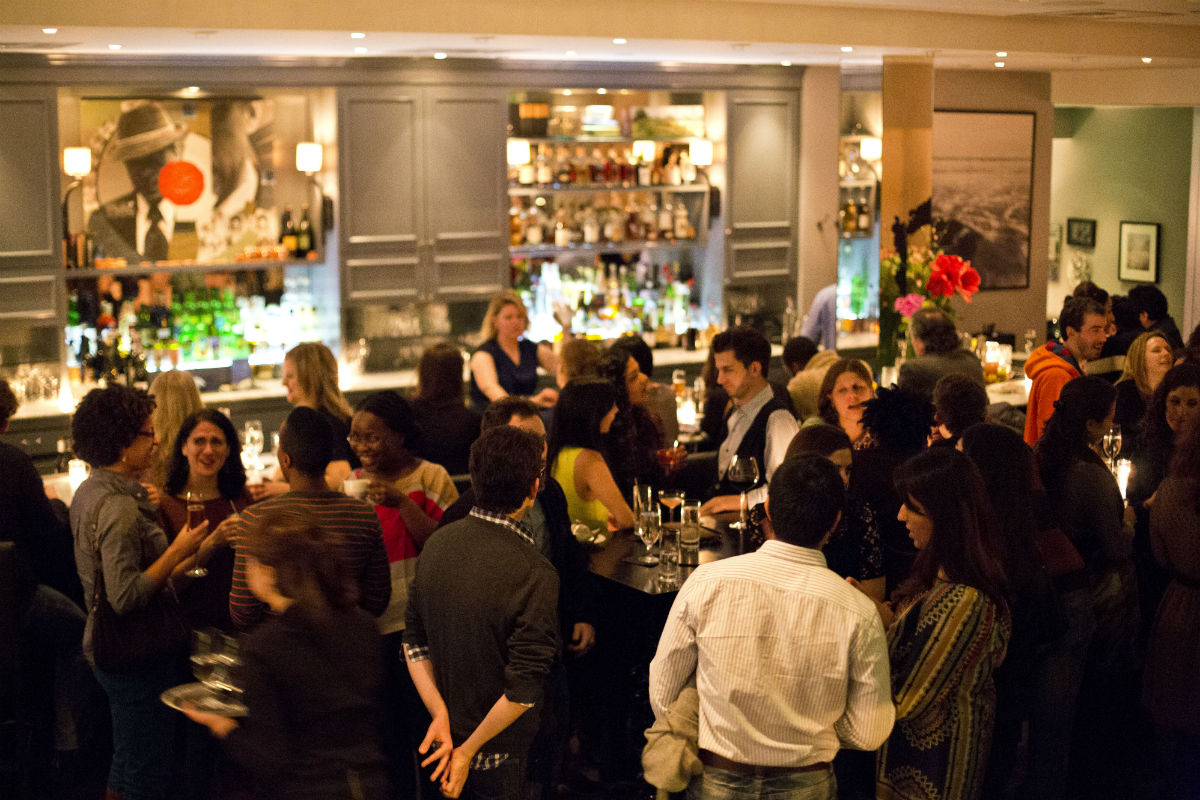 These days, it’s almost a given that a new restaurant will open with a bespoke cocktails program, that bartenders will experiment with spirit infusions, that juices and syrups will be perfected in-house from real ingredients. But it wasn’t that long ago when Boston—and most U.S. cities—didn’t have a cocktail culture at all.

It was the late 1990s when the famed B-Side Lounge opened in Cambridge—it “became the place where scattered cocktail nerds of Boston found each other,” writes drinks scribe Robert Simonson in his latest book, A Proper Drink: The Untold Story of How a Band of Bartenders Saved the Civilized Drinking World.

Simonson, who has written about cocktails for the New York Times, GQ, Imbibe, and other publications, didn’t actually get into spirits himself until about 2006. He was writing about wine at the time, and by chance, he met a woman named Ann Tuennerman, who, in 2002, had founded a drinks convention called Tales of the Cocktail.

“I had no idea that this cocktail revival was going on, even though it had been happening in New York for about five years,” Simonson recalls. He took Tuennerman’s offer to go to New Orleans for Tales that year, and “Suddenly this whole world opened up to me. There was a small, but very intense, passionate group of people, who were trying to get America and the world to drink better.”

There were many pieces to that puzzle: First, bartenders started taking themselves more seriously—their job became more of a respected profession, rather than somebody’s placeholder gig. These people, in turn, started rediscovering classic drink recipes.

“Pre-Prohibition recipes had been lost, bar manuals were out of print, there were no mentor figures to teach them how to make a proper Corpse Reviver No. 2,” Simonson says.

And they also got more discerning about ingredients—and glassware.

“Every single element of the drink, they had to rethink,” he says.

All of this was happening in London, San Francisco, Boston, and beyond.

“It was fascinating,” Simonson says.

After his first Tales, Simonson returned to New York and decided to switch his focus from wine to cocktails—there was certainly a lot of opportunity there, he says.

It wasn’t long before the names of Boston innovators Brother Cleve, Jackson Cannon, Misty Kalkofen, John Gertson, and Patrick Sullivan came up in Simonson’s line of work. The group feature prominently in a chapter of A Proper Drink, called “The Jack Rose Club.” For a while, right after the B-Side Lounge opened, Cannon, Kalkofen, and Cleve were living in the same Somerville house, and called themselves the Jack Rose Society.

“They would bandy about ideas and throw parties,” Simonson says, recounting the research from his book. “They would take one drink and make all the different versions of it from all the old recipes they could find; that was unique that really didn’t occur in any other city.”

The Jack Rose Society was named for the drink that Cannon set out to master when he was vying for a position at Eastern Standard, Simonson recalls in the book—a story which was documented by Boston magazine “Liquids” columnist Anthony Giglio in back in the early ’00s, though that story is not available online.

Tonight, the gang gets together to celebrate Simonson’s new book at the Hawthorne, the Cannon-founded craft cocktail lounge next door to Eastern Standard. The author will talk about researching and writing the book, and take questions, and Cannon’s bar team is taking care of the drinks. The perfected Jack Rose is on the menu, of course, along with other classics, modern classics, and Hawthorne originals in homage to the drinks Simonson chronicles in A Proper Drink.

A Proper Drink at the Hawthorne