More than 120 minors were found with booze near Quality Mart on Mass. Ave. 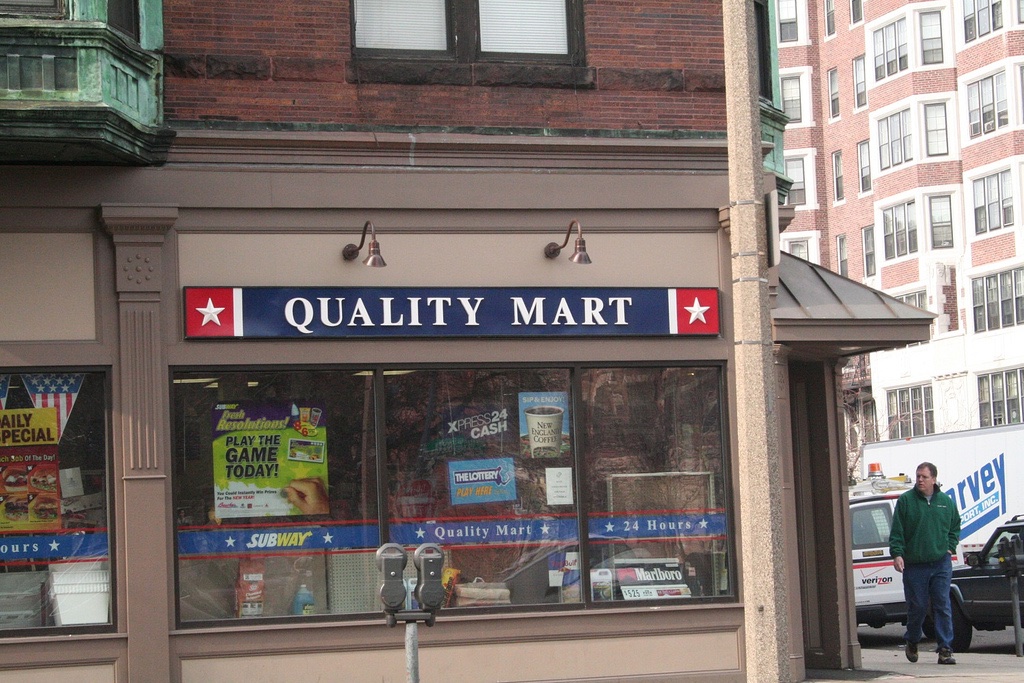 The Alcoholic Beverages Control Commission celebrated St. Patrick’s Day as it is wont to do—by staking out certain neighborhoods in an effort to reduce underage drinking. “Operation Safe Spring,” as the regular enforcement campaign is called, was especially successful in Back Bay: Quality Mart will face “numerous charges” of sale to underage people after ABCC officials confiscated 112 fake identification cards there over the weekend.

ABCC investigators staked out at Quality Mart in the evenings of Thursday, March 16; Friday, March 17; and Saturday, March 18, says a spokesperson for the office.

Despite it being a well-known enough place for students to buy beer that it was satirized in the Boston University Bunion, this is the store’s first set of underage sale citations, the spokesperson says. They selected the area as a hotbed of student activity, with a location convenient to MIT, BU, Berklee College of Music, Northeastern, and more. It was one of several areas targeted over the St. Patrick’s Day weekend “Operation Safe Spring.” The enhanced enforcement efforts will continue around graduations, proms, and other times of spring revelry.

“Stepped-up monitoring and enforcement can save lives and prevent tragedies before they happen,” said State Treasurer Deb Goldberg, whose office oversees the ABCC. “Operation Safe Spring takes immediate and effective steps that result in the direct prevention of underage drinking and acts as a long-term deterrent to bar and package store owners serving and selling to underage individuals.”

While officers were nearby—inside the store and outside, in the vicinity—they observed 122 minors, ages 18-20, in possession of, transporting, or attempting to buy alcoholic beverages. They confiscated 49 cases of beer and 134 bottles of other alcohol, according to a press release.

The actual number of citations Quality Mart will have to answer to is still being calculated, the spokesperson says, though it will be “significantly fewer” than 122. After observing the instances that will result in citations, the focus of the police action shifted from penalizing the store to deterring underage purchases, the spokesperson explained.

Quality Mart is entitled to a hearing before the ABCC before it will face any repercussions, such as loss of its license to sell alcohol. That hearing has yet to be scheduled.

Besides booze, Quality Mart carries snacks, groceries, and coffee, and it has a full-service deli.