An Anchorman-Themed Pop-up Bar Is Coming to Boston 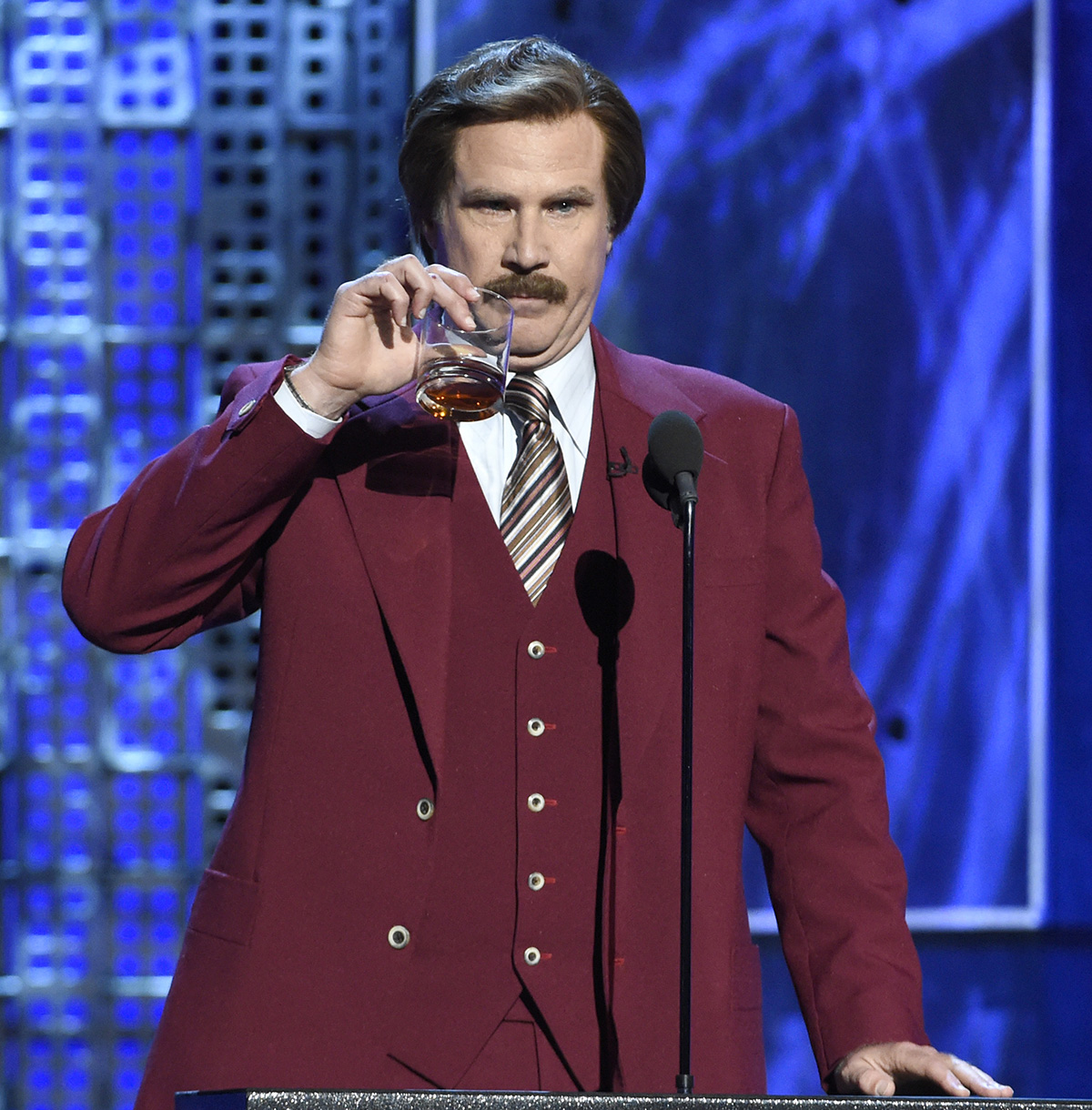 Will Ferrell appears in character as Ron Burgundy from “The Anchorman” films at the Comedy Central Roast of Justin Bieber. / Photo by Chris Pizzello/Invision/AP

From April 14-23, the Stay Classy bar will take over Umbria to pour themed cocktails like the Throne of Lies, Glass Case of Emotion, and, well, probably a ton of scotchy scotch. There will also be food, like the Ma’s meatloaf burger. To land a table, assemble your news team and comment on the bar’s Facebook page with a desired reservation date and group size.

The concept comes from Brian Link and Zach Neil, the co-owners of New York’s Tim Burton-inspired Beetle House bar. The team first introduced this Will Ferrell tribute bar in New York, and also brought its aura of rich mahogany to California. Boston has been blessed by the beard of Zeus to not only be the team’s next stop, but the first to serve food.

“Boston is going to be so much better,” Neil told Metro. “We ended up being a 12-month run [in NYC] because it went really well, but the problem was, we wanted to offer more than just drinks. We wanted tapas and small bites, but the space wasn’t able to accommodate. And L.A. was really cool, but it was the same situation—just drinks.”

At the 150-seat space in Boston, prepare yourself for a KVWN selfie booth, tunes from Ferrell’s films, and a flood of expected movie references. There will also be Anchorman impersonators on site. And don’t worry, Neil has just the man for the job.

“He’s the guy who works corporate parties impersonating Ron Burgundy,” he told Metro. “He reached out to us, and now he’s just coming. We can’t even say we’re hiring him, because he just told us, ‘I’m coming. I’ll be there.'”

Keep an eye on social media for menu details leading up to the pop-up. And make sure you hitch a ride on the nearest furry tractor and snag a reservation while you can: things will likely escalate quickly.