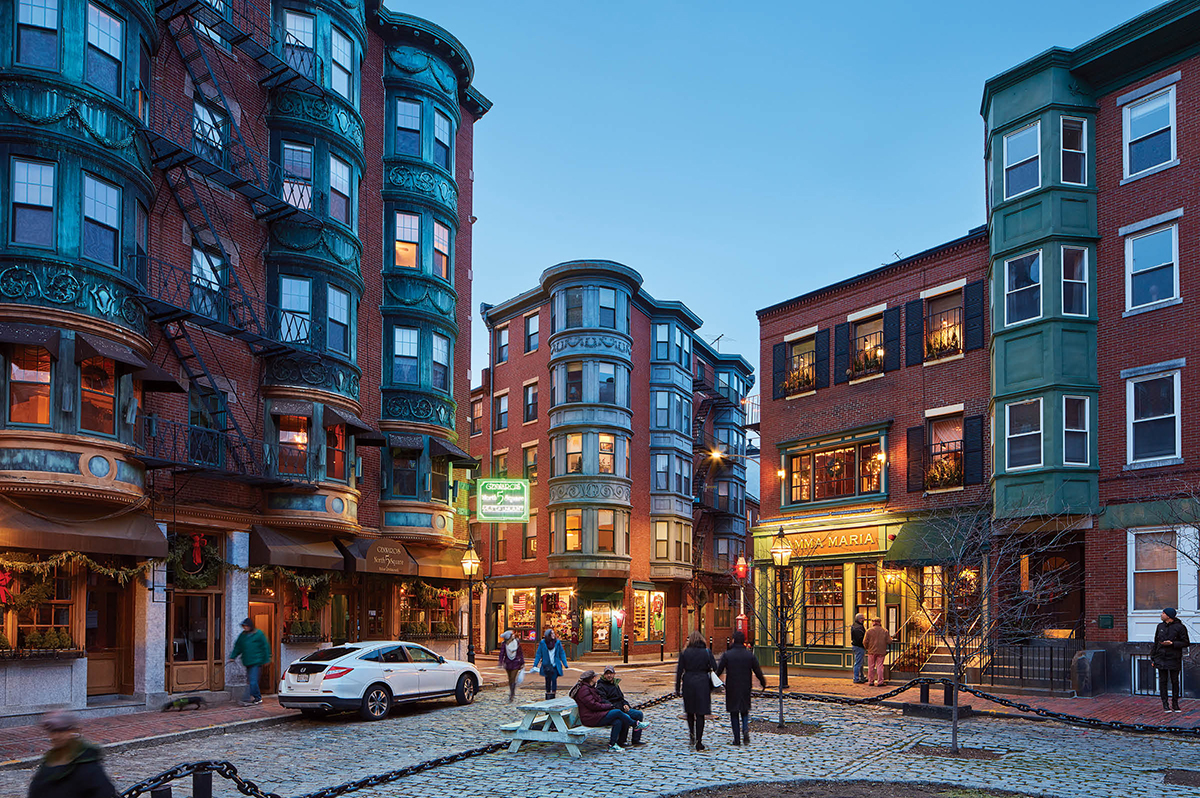 A picturesque corner of the North End will soon become the historic neighborhood’s latest seafood hotspot. North Square Oyster is in the works in the former Gennaro’s 5 North Square space, and it’s latest from Ward 8 owner Nicholas Frattaroli.

Frattaroli took over Gennaro’s all-liquor license back in December, the North End Waterfront News reported. His new restaurant and bar is licensed to stay open daily until 1 a.m.

The two-floor restaurant has tin ceilings, antique tile and dark wood floors, and large windows overlooking a cobblestoned section of the Freedom Trail outside. North Square is the oldest public square in the country,  and was, at one point, home to Paul Revere. The new oyster bar is kitty-cornered to Mamma Maria.

Douglas Rodrigues, a Scituate native, is developing the seafood-centric menu with New England seasonality in mind. A former protégé of Ken Oringer’s at Clio, Rodrigues was most recently executive chef at Liquid Art House. On Instagram, the chef has been sharing glimpses at potential menu items, like hamachi crudo with black truffles and blackberries, and a rustic-refined Scituate lobster pie. The menu will also have a take on a lobster roll, sea urchin pasta, and more.

The raw bar will offer other crudo, a seafood tower, and both East Coast and West Coast oysters, alongside five house mignonettes. Other standard accoutrements: Wasabi, horseradish, and a Japanese-inspired kosho cocktail sauce.

Mike Wyatt, general manager at Ward 8, is developing the restaurant group’s latest bar program, too. It will center on a throwback: Martini service. The spirit selections will skew local, with a variety of New England-made choices. North Square Oyster will have a list of seafood-friendly wines, plus a few craft beers, too.

Both floors will have full bars. The cozy, upstairs dining room will be a little more formal, with an exclusive, romantic vibe. Downstairs will be a livelier café area. Justin Power, an interior designer behind the now-closed Pioneer Goods in the South End, is working with Frattaroli to design the space.

North Square Oyster is heading for a late April debut. It will serve lunch and dinner daily, as well as weekend brunch. Follow along on Instagram to keep an eye on the progress.