Save room for philanthropy in your cup with We the People Coffee and Tea. 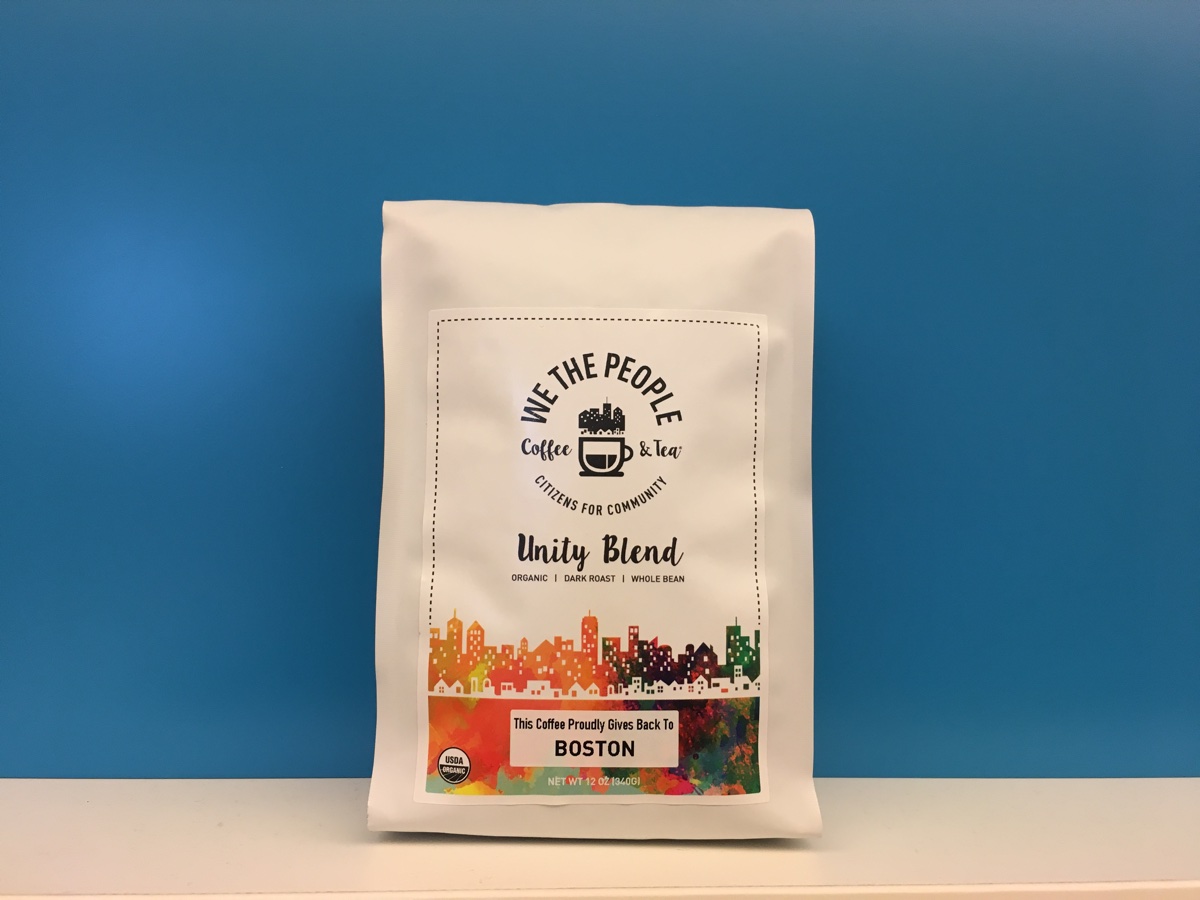 When Nicole Reihl-Molloy steps inside a cafe, she’s filled with positive energy. She loves coffee, tea, and the convivial atmosphere that develops around them. But with her startup, We the People Coffee & Tea, she’s making those good vibes even more tangible: The online retail company donates 10 percent of each sale to a local charity of the buyer’s choice.

The Plymouth native was living in Las Vegas when she decided to brush up on her caffeine knowledge. She signed up for classes at the American Barista Coffee School in Portland, Ore., to learn more about the industry. She has a background in business, and like many young entrepreneurs, a desire to have a good impact on the world. When she decided to start her own coffee company, she wanted to make sure it mattered. But also, “Whatever I create has to fit seamlessly into people’s daily routines,” Reihl-Molloy says.

In other words: Make it easy for people to do good.

“You can feel helpless when you think about trying to solve the problems in the world,” she says. She noticed people feeling frustrated by this, even before 2016. “I felt like we were so disconnected. Fast-forward to the election, it shined a light on how divided our country really is, and I think people are ready to do something to come together again.”

Since launching We the People in December, this has proven true. The response to the action-based business model has been great, Reihl-Molloy says, with the company nearly out of its initial inventory. Most of the customers have been first-time buyers, and since she’s done little advertising, it’s word-of-mouth that has brought them to her site.

We the People Coffee & Tea is launching in the 100 most populated U.S. cities, but so far, its network of charities is limited to about 30 different groups in Boston. Since she lives in the area, those are the groups Reihl-Molloy is most familiar with. We the People is definitely taking recommendations for groups from other cities. Reihl-Molloy wants to know what matters to local people, as unity is a driving mission, she says.

The online retail shop can be a tool for groups to get exposure to a new audience, too: Reihl-Molloy’s small team researches suggestions, and writes a bio on the site for each non-profit. Users can explore by category—education, animals, women’s health, environmental, etc.—to find a worthy beneficiary.

And also, she wants them to enjoy a fine cup of coffee or tea. Since the business developed on the West Coast, Reihl-Molloy’s organic coffee and tea suppliers are both based in Oregon. While brick-and-mortar operations aren’t in the business plan just yet, that is something Reihl-Molloy would like to explore down the road, she says. In the meantime, users can make one-time purchases, or sign up for a monthly subscription to donate regularly, and never run out of coffee.

“Not for nothing, if you start your day by giving back, it sets a positive tone for the rest of the day,” she says.

Reihl-Molloy created a discount code for Boston magazine readers: If you spend $50 or more at wethepeoplecoffee.com, enter FREESHIPBOSMAG317 at checkout for free shipping.