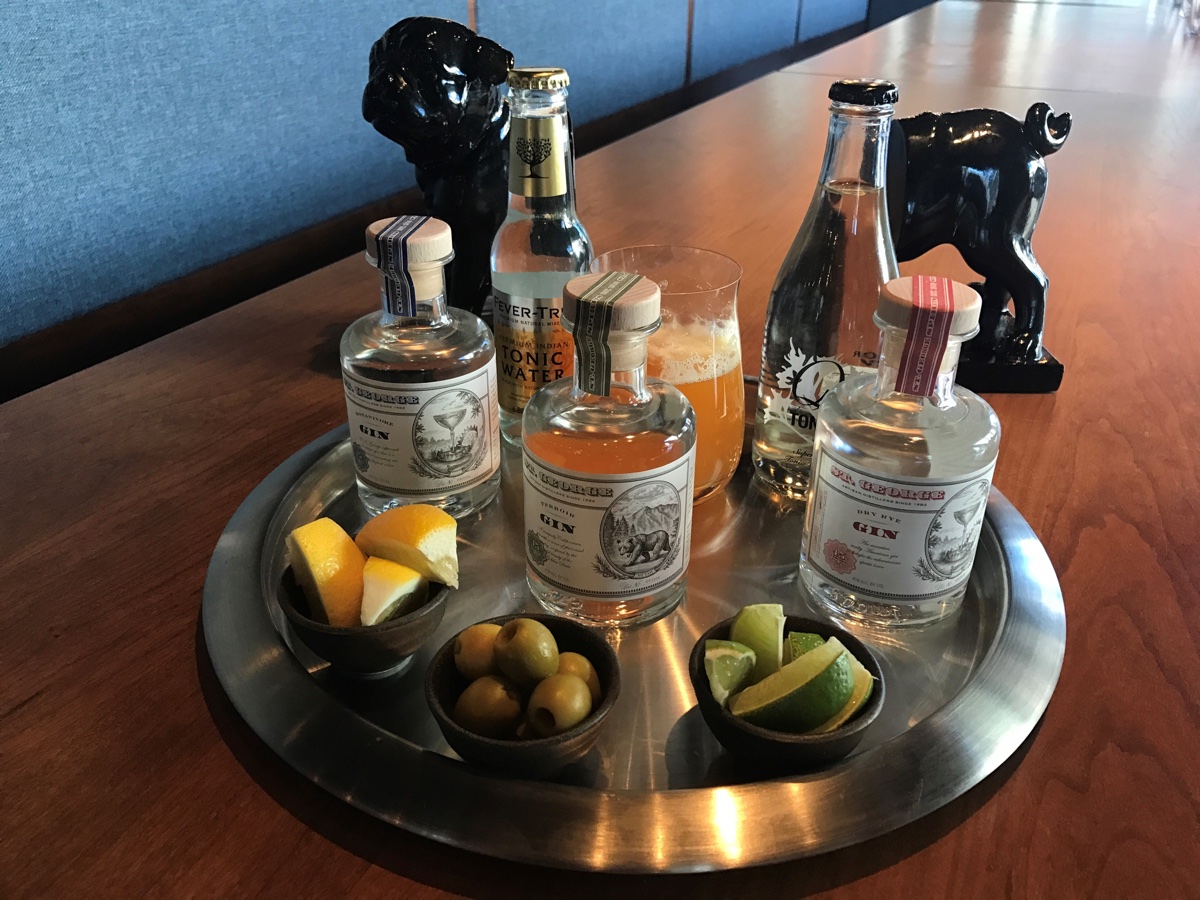 “Tracy is incredibly focused, detail-oriented, and thoughtful. That comes out in the vast majority of the restaurant,” says Tom Schlesinger-Guidelli, a good friend of the chef’s and a cocktail consultant who developed Pagu’s bar program.

Her thoughtfulness definitely extends to the drink menu: Take the dozen or so cider options sprinkled throughout the wine list, denoted by an asterisk; in Spain, particularly the Basque country, which has a strong cider-making and drinking tradition, ciders aren’t grouped with beers, the way they are on many American drink menus. Like the grapes that make wine, cider apples are “an agriculture product that really can express a sense of location, terroir, in a way that grains can’t,” Schlesinger-Guidelli explains.

It’s also why Spanish sherry and Japanese shochu play roles in many of the bar’s cocktails. And it’s completely the reason that Pagu offers four bespoke gin and tonics—a section of the cocktail list is dedicated to the simple drink—including the newest, a DIY gin and tonic tasting for four guests to share.

“Throughout Spain, you’ll see these amazing bars that have 50 gins in them and 12 tonics, and they’re suggesting each gin with a separate tonic that is garnished particularly. We wanted to put our own spin on that concept,” Schlesinger-Guidelli says.

If you’re surprised Spaniards have a strong connection to gin, you’re not alone. Most of the world’s top brands are produced in Great Britain or the U.S., not Spain. But the spirit plays well with Mediterranean cuisine—its light, somewhat salt-washed flavors are a refreshing complement, Schlesinger-Guidelli says.

And like wine and cider, different gins can have very different expressions. When the artisan distiller St. George did a tasting with Schlesinger-Guidelli and Chang before Pagu opened, the rep brought in three different gins in 200-milliliter bottles. Schlesinger-Guidelli knew he was going to have the gin and tonic list, as well as a section dedicated to large-format cocktails. Seeing the sample-sized bottles inspired him: “Let’s strip it down, the way the Spanish would,” he says. “We’re just going to let guests play with that.”

Three different gins, three different tonics, and basic garnishes come on the tasting tray. The idea is to try out the flavors for yourself. St. George’s flagship Terroir gin is inspired by its home in California; it’s an earthy, aromatic spirit with with Douglas fir, California bay laurel, and coastal sage. Botanivore—“botanical eater”—has 19 botanicals for an herbaceous, fresh, and elegant expression. And Dry Rye is a gin for whiskey fans: spicy, structured, and rich.

“So often in dining these days, you’re expected to be reverent to the bar manager or kitchen crew. This is an opportunity to remove that pretense,” Schlesinger-Guidelli says. “We’re giving [the guest] an insider’s edge.”