The Texas-style smokehouse serves up slow-cooked brisket, chicken, and more. 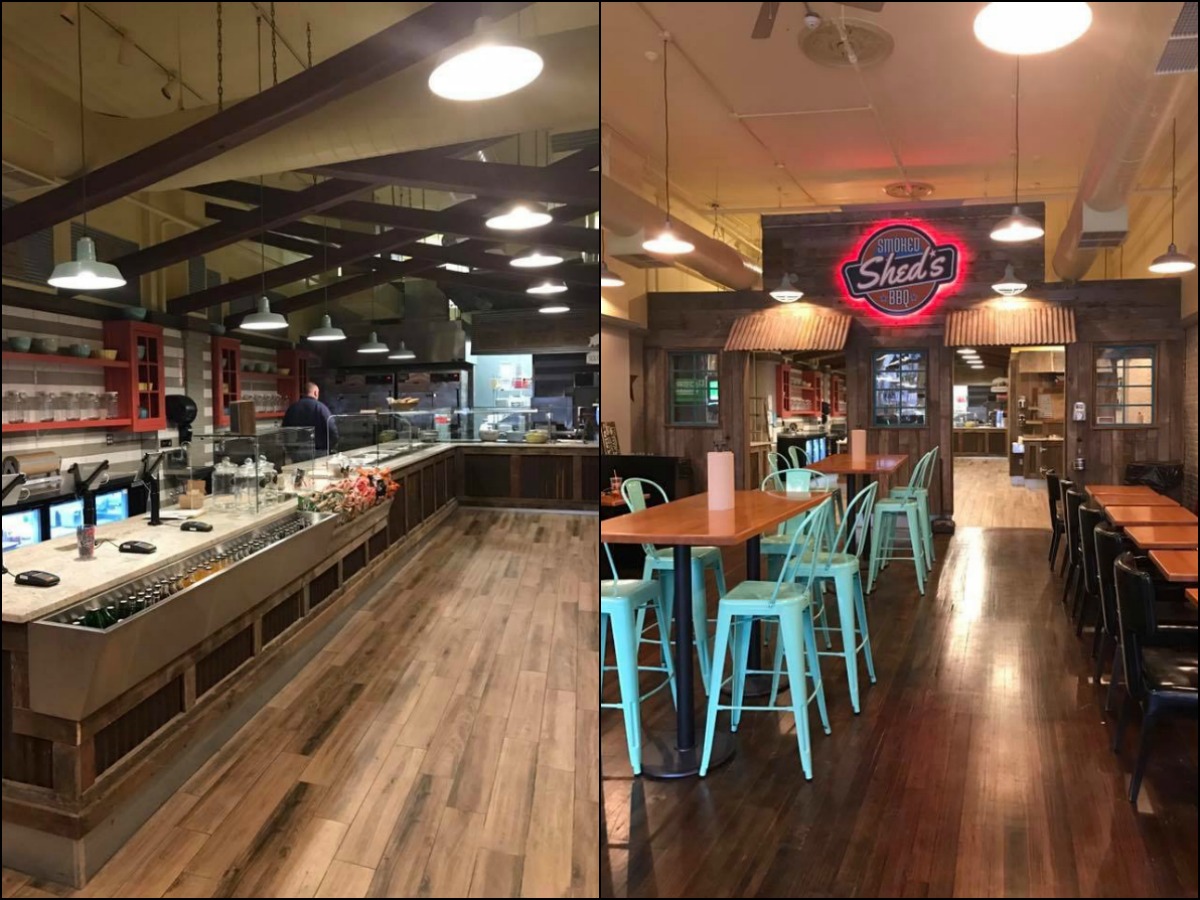 Boston is about the get a little more Texas. Shed’s BBQ, a new venture from a local restaurant family originally from the Lone Star State, opens for lunch on Wednesday, March 29.

The Texas-style barbecue shop is the latest from Edward Wilson and his sister, Shawn Wilson. The duo also own four locations of the Italian restaurant Viga (one is private), Eater Boston reported. The smokehouse is a plan they’ve had in mind for years, says Edward’s wife Kathryn, who is handling communications for the group.

The menu—brisket, pork ribs, pulled pork and chicken, smoked turkey, and more—is derived from the style of cooking Edward and Shawn’s grandmother made them while growing up in San Antonio, Texas, supplemented by recent trips to Charleston, S.C., Nashville, and even Brooklyn.

“They’ve been trying to get a good handle on where barbecue is today, seeing how people are keeping things traditional, where they’re imparting more modern things in barbecue. It’s a great community, it’s been very helpful and welcoming. It’s surprising how many people invited them back to see the smoker,” Kathryn says.

In Downtown Crossing, the meats are executed slow and low on a couple of Southern Pride smokers, each with a 400-pound capacity. The Wilsons have developed a couple different rubs for each protein, and the menu of sides includes cornbread, macaroni and cheese, collard greens, a salad with black-eyed peas, and more. Guests can order barbecue plates with a choice of meats and sides, and Shed’s is doing sandwiches, as well.

“One of the things we really thought about is having an option for someone who wanted to experience barbecue but want something a bit lighter, so we’re doing bowls,” Kathryn Wilson adds. Quinoa is the base of a grain bowl, but a heartier option comes atop mac and cheese. “You can pick a couple of toppings and add your protein.”

Shed’s will join the likes of Fenway’s Sweet Cheeks, a couple suburban locations of Blue Ribbon BBQ, Pit Stop in Mattapan, and the Smoke Shop in Kendall Square in the Boston area’s pantheon of Southern smokehouses.

Like Viga, Shed’s will do a lot of catering and takeout in addition to dining in. It does not have a bar or liquor license, at least at this point. The space, formerly Pizzeria Rico, seats about 60. To start, Shed’s is open just for lunch from 11 a.m.- 3 p.m.