Tapestry’s Expo Kitchen Is Doubling Down on the Pizzeria Vibes

With Detroit slices, table games, and a little help from the Ninja Turtles. 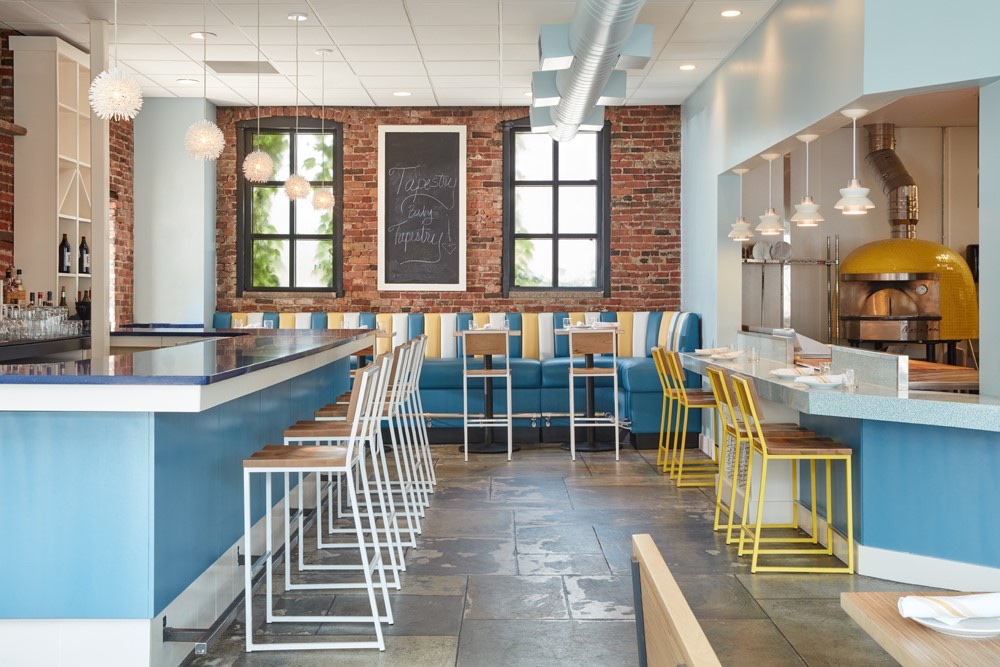 A trip to Detroit—or Brooklyn—is no longer necessary to get ahold of a trendy square of pizza. Tapestry has been slinging crispy, cheesy, Detroit-style slices for about a month, and later this week, a revamped Expo Kitchen will be a prime place to take down a few pieces.

The less-than-a-year-old Fenway destination is revamping its more casual dining room to hone in on pizzeria vibes. Since opening last May, a raw bar and wood-fired oven have anchored the bar-style menu on that side of the restaurant. The Club Room next door is where guests are encouraged to have more of a formal meal, like crudos, maltagliati with eggplant pomodoro and rock shrimp, and Korean-spiced porchetta.

“We’re responding to what the neighborhood vibe seems to be,” says co-chef and owner Meghann Ward (Coppa), who opened the dual-concept spot with her husband, Kevin Walsh (Clio), and her stepmother, Marlena Ward. That means they’re darkening it up—complete with a new mural of the Teenage Mutant Ninja Turtles eating pizza, painted by a local bartender and artist friend of the couple’s.

Plus, they’re picking up vintage table games, like a shuffleboard, and potentially a bumper pool table if CraigsList comes through, as well as a dart board.

“Being a little more relaxed in there will make it feel like a pizzeria, with fun snacks, like the Detroit slice,” Ward says.

Walsh, the baker of the team, uses his focaccia dough as the base of the new sheet. It bakes in olive oil inside the wood-fired oven, which gives it a satisfying crispness beyond any slice of Sicilian you’ve ever had. Four different cheeses—mozzarella, cheddar, Parmesan, and Jack—comprise the first layer of toppings, and they caramelize over the edge for added crunch and flavor. 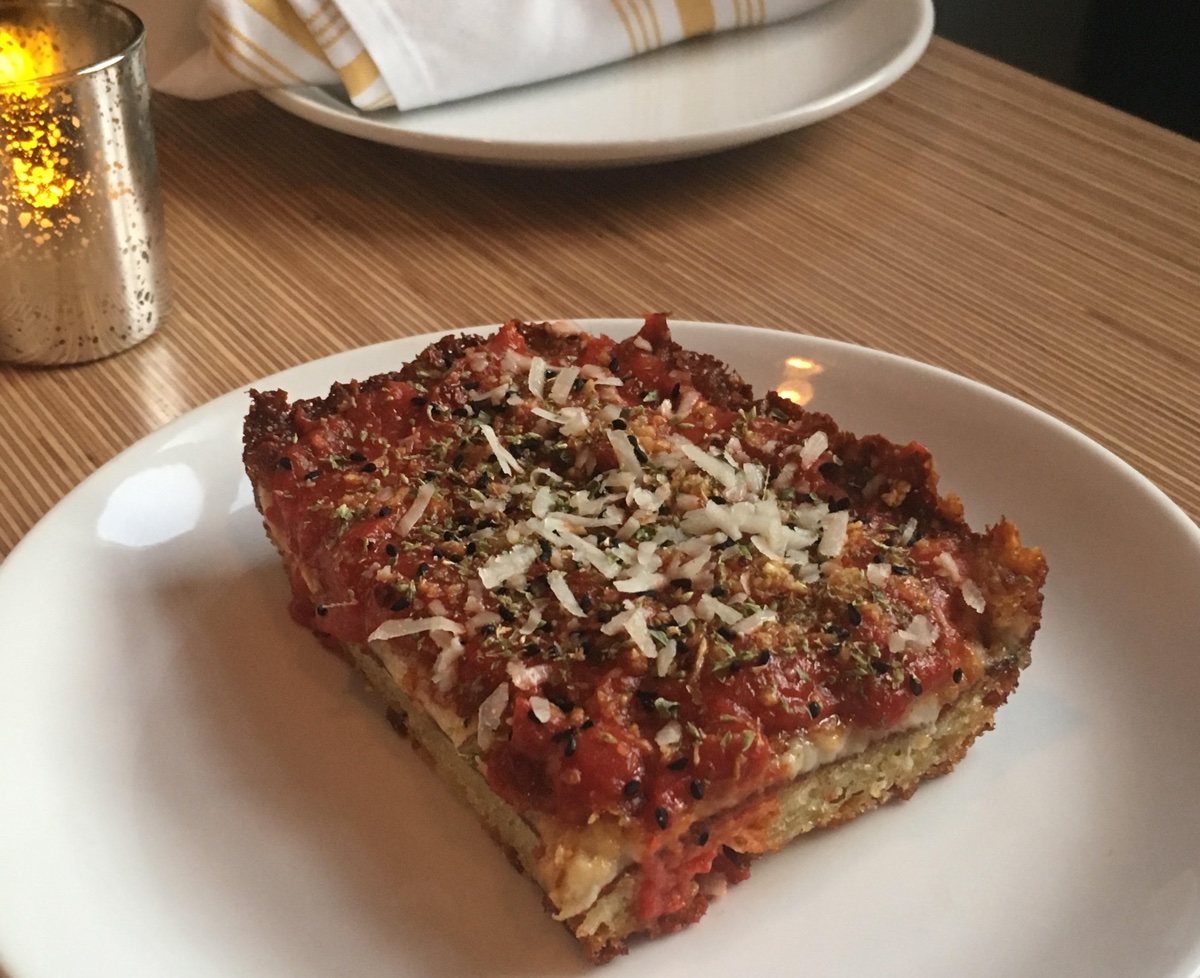 A Detroit slice of pizza at Tapestry. / Photo provided

“We love pan-baked pizza, so this is a cool version of that. It’s kitschy, and fun way of treating it differently,” Ward says.

Of course, they’ll continue to dish up Neapolitan-style pizza, as well as oysters on the half-shell, an In-N-Out inspired cheeseburger, a giant turkey wing, Peruvian crispy potatoes, and more fun snacks.

The Expo Kitchen is closed tonight as Ward and Walsh make these changes, but they’ll reopen Wednesday, March 29, at 6 p.m., whether the mural is finished or not.

“We’re shooting for everything to be done for the beginning of Red Sox season,” Ward says.

On opening day—which is this coming Monday!—Tapestry is debuting its 36-seat patio for the season (don’t worry, there’s radiant heat out there) with the first of a series of parties ahead of daytime home games. Big Party Orchestra is playing covers starting at noon, with special beer kegs flowing, and complimentary upscale, stadium-inspired snacks. There’s no cover.