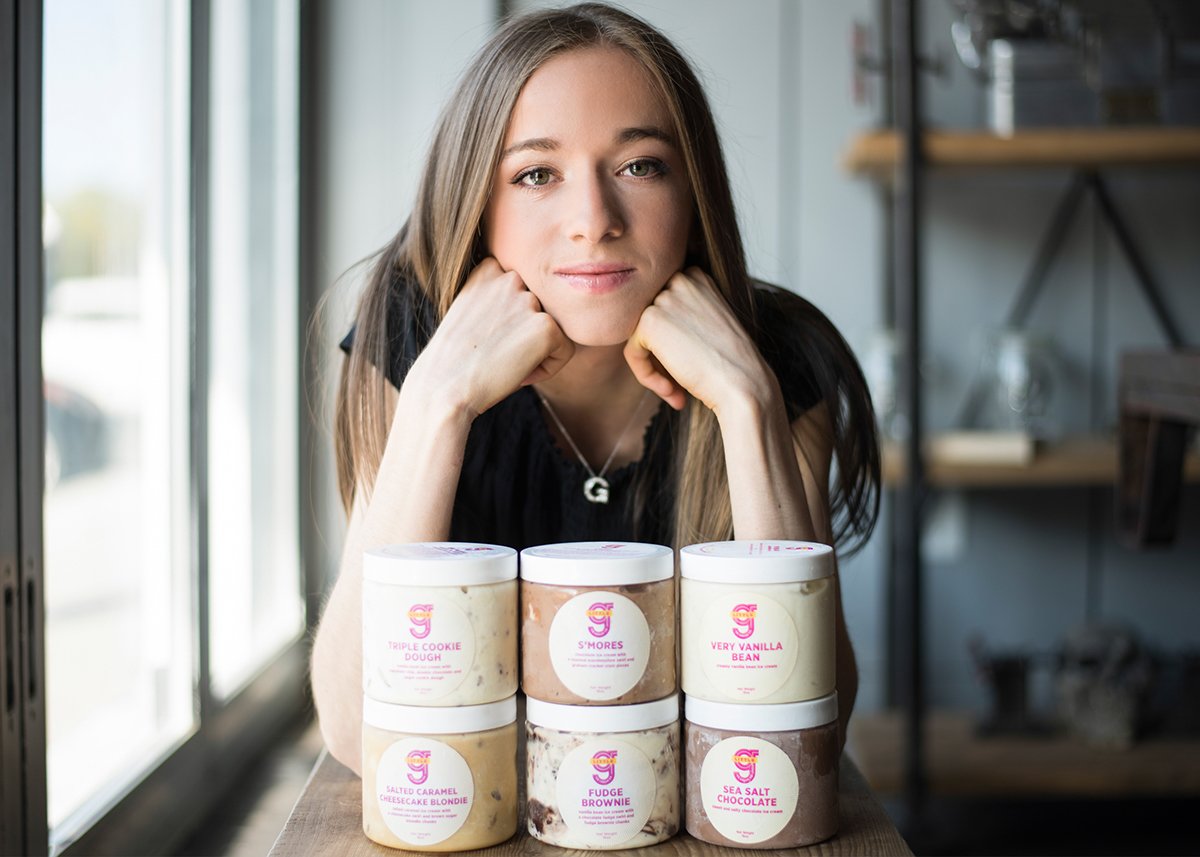 Not long after Parlor Ice Cream Co. turned to Kickstarter to fund its Boston expansion, another local ice cream brand is crowdfunding its next move—to New York City. Little G Ice Cream has launched a quarter-million-dollar campaign to help open a brick-and-mortar scoop shop in the West Village.

Founder Grace Connor, a senior at Milton Academy, wasn’t old enough to utilize Kickstarter for her company until her 18th birthday.

“I started Little G using my (minimal) savings, and have never taken a loan or gotten an investor,” she wrote on Facebook announcing the campaign. “Now, I’m hoping you will invest in me to support this dream.”

Connor launched Little G out of CommonWealth Kitchen in Dorchester at 16—just a few months after doctors discovered a tumor at the base of her brain.

“Recovery was an arduous trek involving multiple emergency room trips and I still require daily medication. However, I chose to channel my frustration into starting little g and this company has been the best therapy,” she writes on Kickstarter. She’s also shared that story on the Rachael Ray Show, and with People Magazine, Teen Vogue, NBC Nightly News, and more. Little G is on the “O List” in the March 2017 issue of of O, the Oprah Magazine.

Her pints are currently available at more than 40 retail locations. Flavors like the cinnamon-infused Coffee & Donuts, and Snack Attack, loaded with pretzels and potato chips, seem to have struck a chord with her fanbase: the $250,000 campaign has already raised more than $12,000 from more than 30 pledged backers.

Connor has scooped ice cream and donated money to Dana Farber’s Jimmy Fund Pediatric Clinic, she she will continue to use some of her profits “to support the research and treatment of children’s cancers,” she says on Kickstarter.

There are frosty treats in it for those backers, too. Rewards range from free scoops at the future storefront, to free pints sent to your door, and even the chance to invent your own ice cream flavor with Connor. If any of those sound cool, act fast: Little G’s campaign closes on April 27.