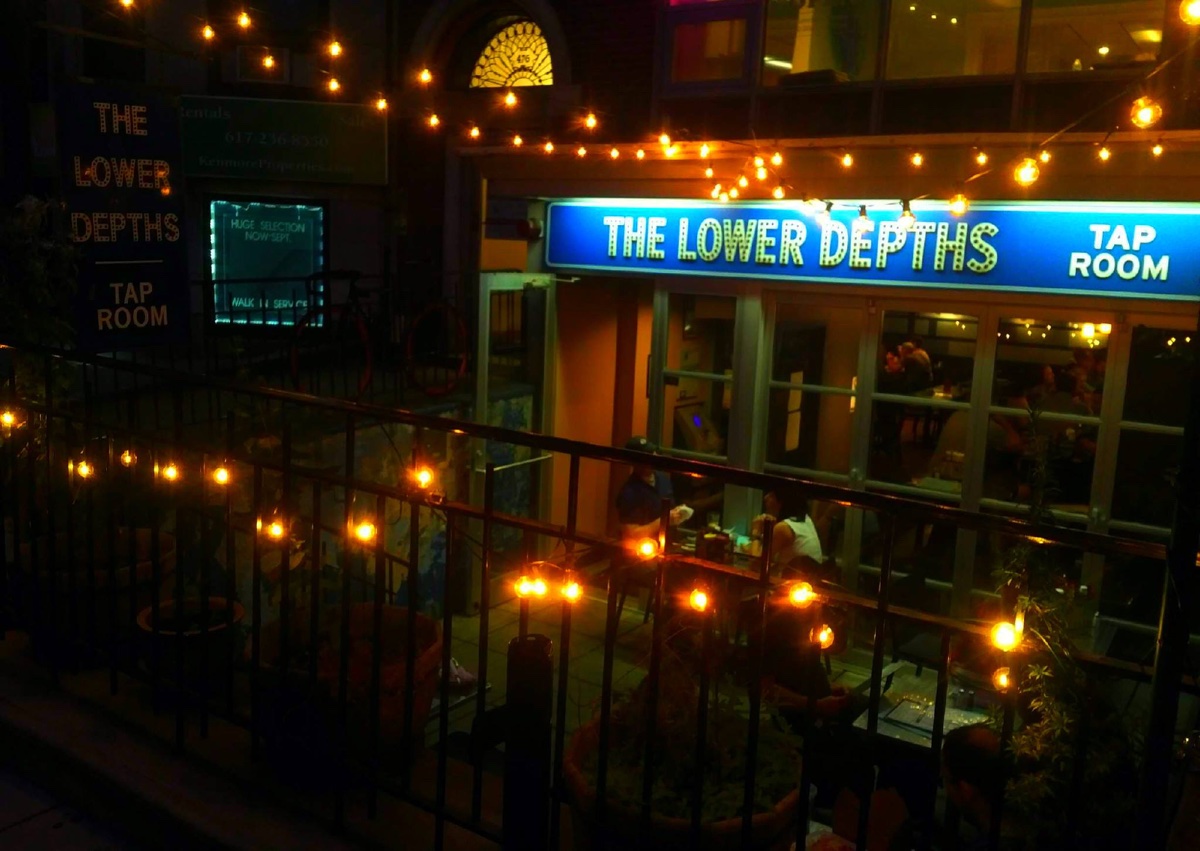 UPDATE, Monday, April 3, 11 a.m.: Tots fans who ventured to the beer bar formerly known as Lower Depths this weekend didn’t find their beloved piles of potato. The Poe’s Taco Cielo menu rolled out on Friday, with six double taco baskets, chips and salsa, nachos, and sides. But chef Brian Poe heard your lamentations: He’s now “working on a tot taco,” and tots—and hot dogs—are available by request, per a rep for the restaurant.

Chef Brian Poe and the Wilcox Hospitality Group are revamping Lower Depths Tap Room, a beer bar best known for loaded hot dogs and tots, into a taco joint. A new menu will debut on Monday at the so-called Poe’s Taco Cielo at Lower Depths.

The taproom has been around since late 2006, a subterranean stop prime for pre- and post-gaming in Kenmore Square. Lower Depths has 16 draft lines and a cask, a deep bottle and can selection, and until this week, a pub grub menu of tater tot plates, like the Mexicana, with jalapeño, salsa, and cheese; and the Kenmore, with bacon, chipotle aioli, and cheddar. It also served burgers, grilled chicken sandwiches, and more, plus franks on a butter roll with optional toppings like spicy pepper relish, the house “mackin’ cheese,” guacamole, and other “Stuff you Can’t Do at Fenway.”

The “taco heaven” menu is still in the works, and it remains to be seen what Lower Depths menu items might stick around, says a rep for the company. But cotija-topped taco baskets are definitely on the way, as Poe hinted at last night. A few definite new items include flour tortillas with red chili-rubbed, smoked Jalisco pork, lemon cabbage, and chimichurri crema; corn tortillas filled with charred cauliflower, drizzled in a citrus cumin vinaigrette; and grilled, ancho chili-rubbed Rocky Point shrimp with cucumber, a tomatillo-mint salsa, and chipotle aioli in flour tortillas.

Poe and his Lower Depths partners, Gordon Wilcox and Suzi Samowski, also own Bukowski Tavern in Cambridge. The chef and Wilcox are also behind the Tip Tap Room, and they recently shuttered Poe’s Kitchen at the Rattlesnake.

The trio is still debating whether they’ll update the exterior signage to reflect the new name. At this time, there are no plans to change the interior decor. The new menu roll coincides with the Red Sox home opener.