The burrito shop is taking over the former Real Deal Deli in Cleveland Circle. 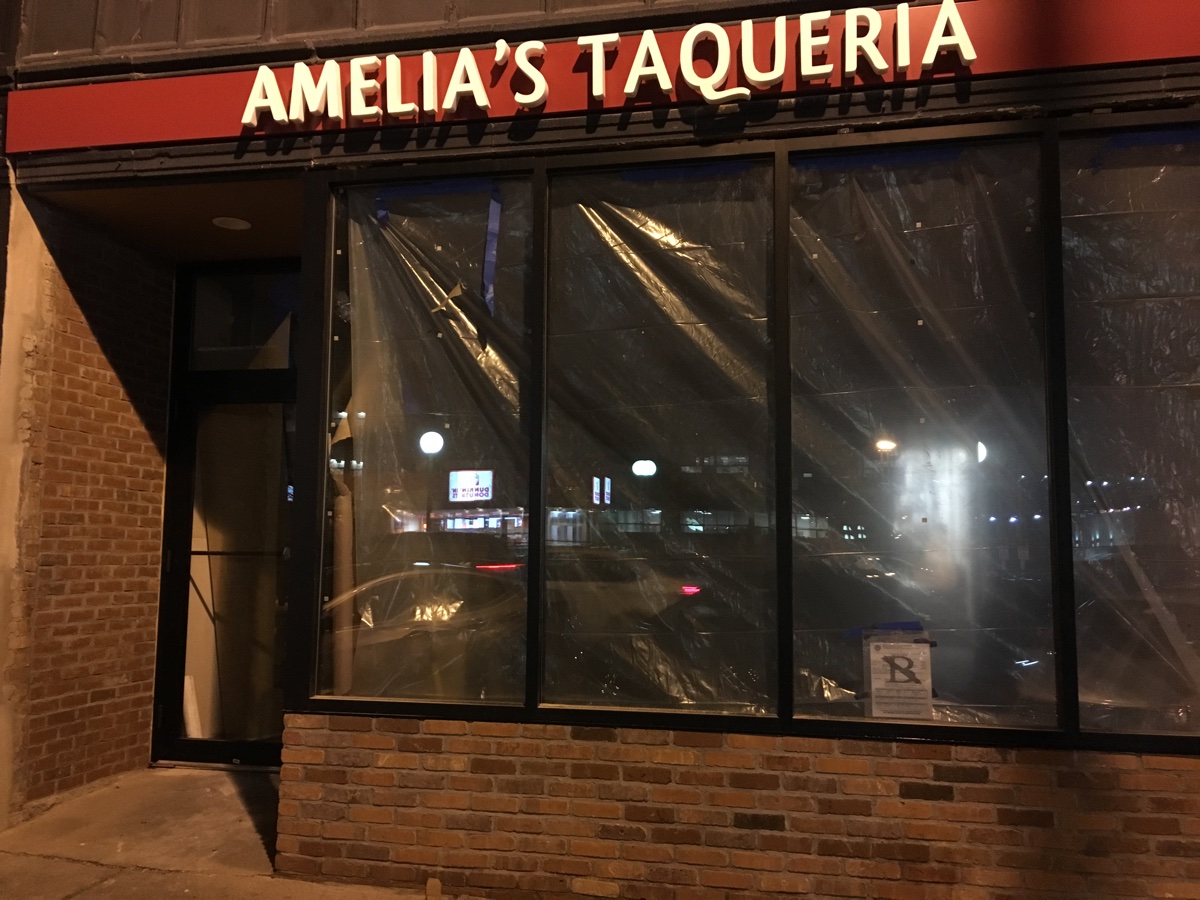 Signs are up for AMelia’s Taqueria in Cleveland Circle. / Photo by Kyle Clauss

A burrito shop beloved among college kids is opening a third location. Signs have gone up for Amelia’s Taqueria in Cleveland Circle, and it’s on track to open next month, says owner Amir Shiranian.

Amelia’s first counter-service spot opened in 2013 in Allston, and expanded a year later onto Huntington Ave., near Northeastern University. Both locations satisfy late-night cravings, and they serve breakfast. The latest location is on Beacon Street, in the former Real Deal Deli. It will join a rather infamous Chipotle in the neighborhood. The Cleveland Circle Boloco, which was the longstanding neighbor to Real Deal, shuttered last spring.

Still mainly a takeout place, Cleveland Circle will be the largest location yet at about 1,200 square feet. The Amelia’s team gutted the former deli and updated the utilities, including installing an additional accessible bathroom. Shiranian is hopeful that last addition will help Amelia’s increase the capacity to about 30 seats, he says. The restaurant will have tables, chairs, and benches, as well as a counter with stools. It will stay open until 1 a.m. on Friday and Saturday nights.

Barring any “hurdles,” Shiranian is eyeing April 15 as the opening date for the latest Amelia’s Taqueria—just in time for Marathon Monday.