Here’s Your First Look at Terra at Eataly Boston

The verdant restaurant space lives up to the name. 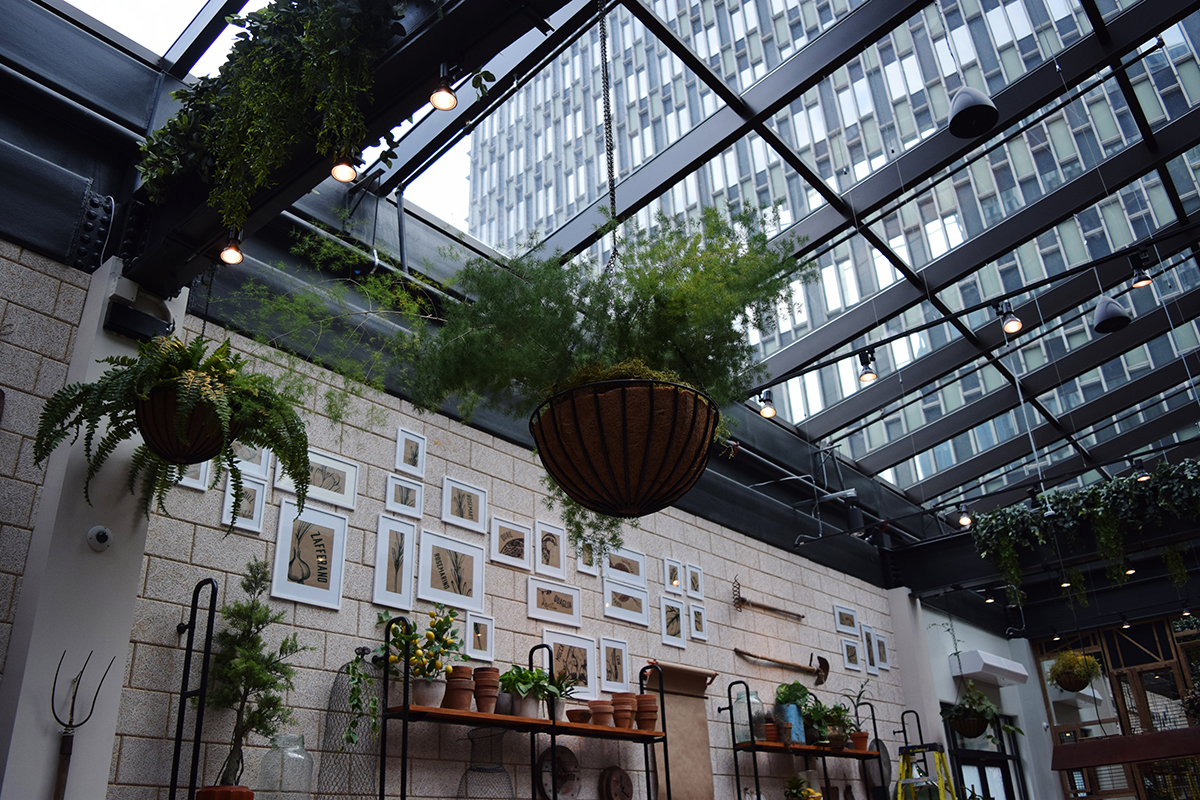 Eataly Boston has plenty of full-service restaurants ready to serve up some Italian-leaning grub. Now, the fourth member of that squad is finally ready to fire up the grill: Terra debuts this Tuesday, April 4, with an array of seasonal, wood-fired plates, wine-tinged beers, and its own little forest to call home.

True to its namesake (“terra” is Latin for “Earth”), the space is adorned with a number of decorative vines, plants, and greenery. The restaurant is situated on the third floor of the Prudential food emporium, too, which makes for some cool skyline views. 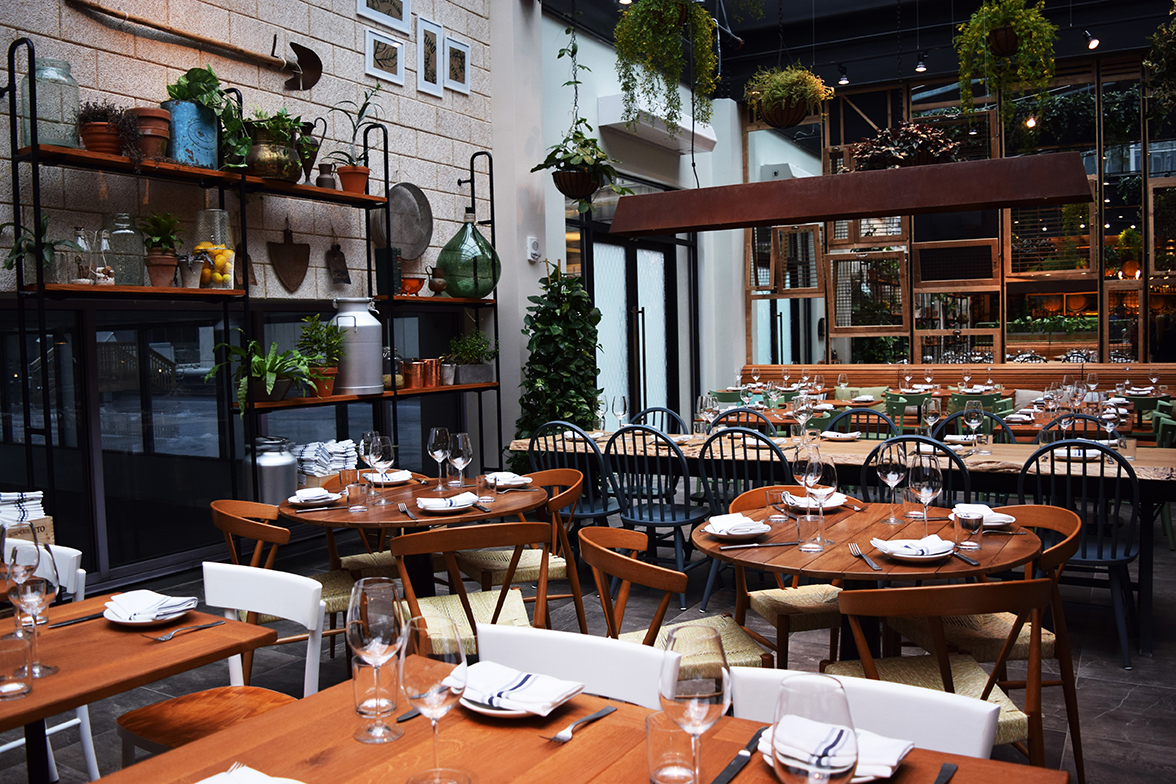 The rustic interior complements the seasonally inspired dishes from chef de cuisine Dan Bazzinotti. Expect a slew of grilled plates like lamb, calamari, and pork sausage. The menu will also feature a selection of seafood and pastas.

“With Terra, we want to rekindle that very fundamental connection with Mother Earth that somehow we lost along the way,” Eataly USA CEO Nicola Farinetti wrote in a press release. “And cooking by fire—letting the very simple flavors of great raw ingredients, American or Italian, shine through—does exactly that.” 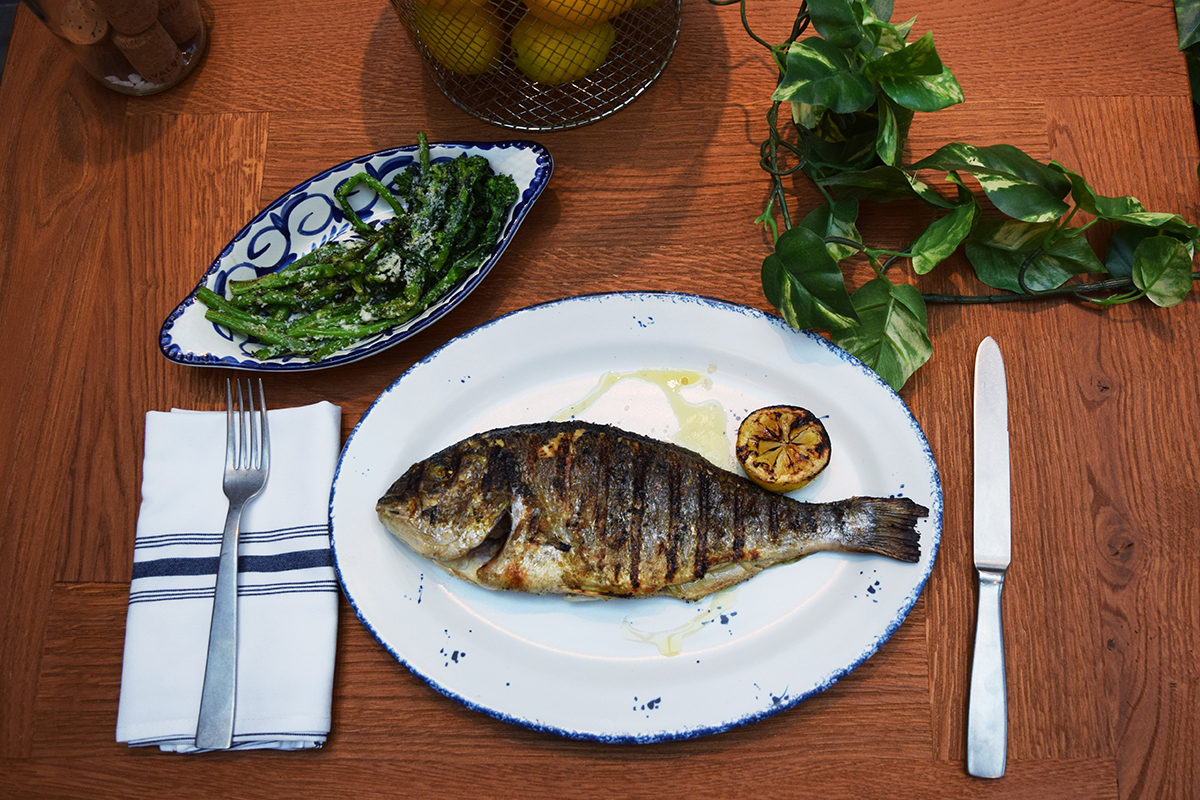 Guests will have some interesting brews to sip, too, courtesy of beer and barrel manager John McKusick. Terra’s beverage program has the first-ever Rack AeriAle draft system, which will pour beers from Cambridge Brewing Company, Dogfish Head Brewery, and more, directly from wine barrels. The idea was thought up by Dogfish founder Sam Calagione, who previously told Boston that the system would let bartenders choose on the fly to pour with traditional CO2 carbonation, nitrogen, or a mix of both. The beers will also continue to evolve as they rest in the barrels behind the bar.

Terra will also have beers poured from normal stainless steel kegs, as well as herbaceous cocktails, and an expansive wine list.

“Terra will be a very sensory experience: the aroma of the grill throughout the restaurant, the taste of the barrel-aged beer on tap, wood burning and popping,” Bazzinotti wrote in a press release. “[It] will have a vibe all its own.”

Get excited about the skylit dinners that await. 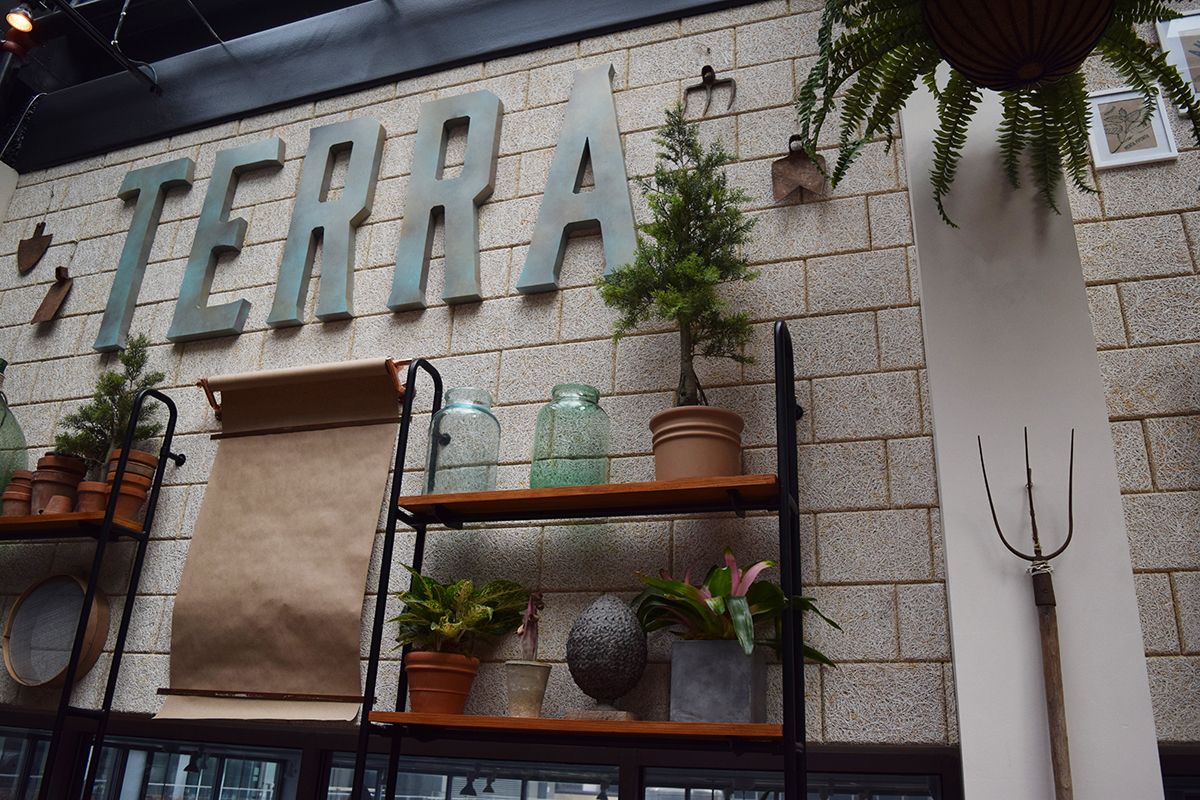 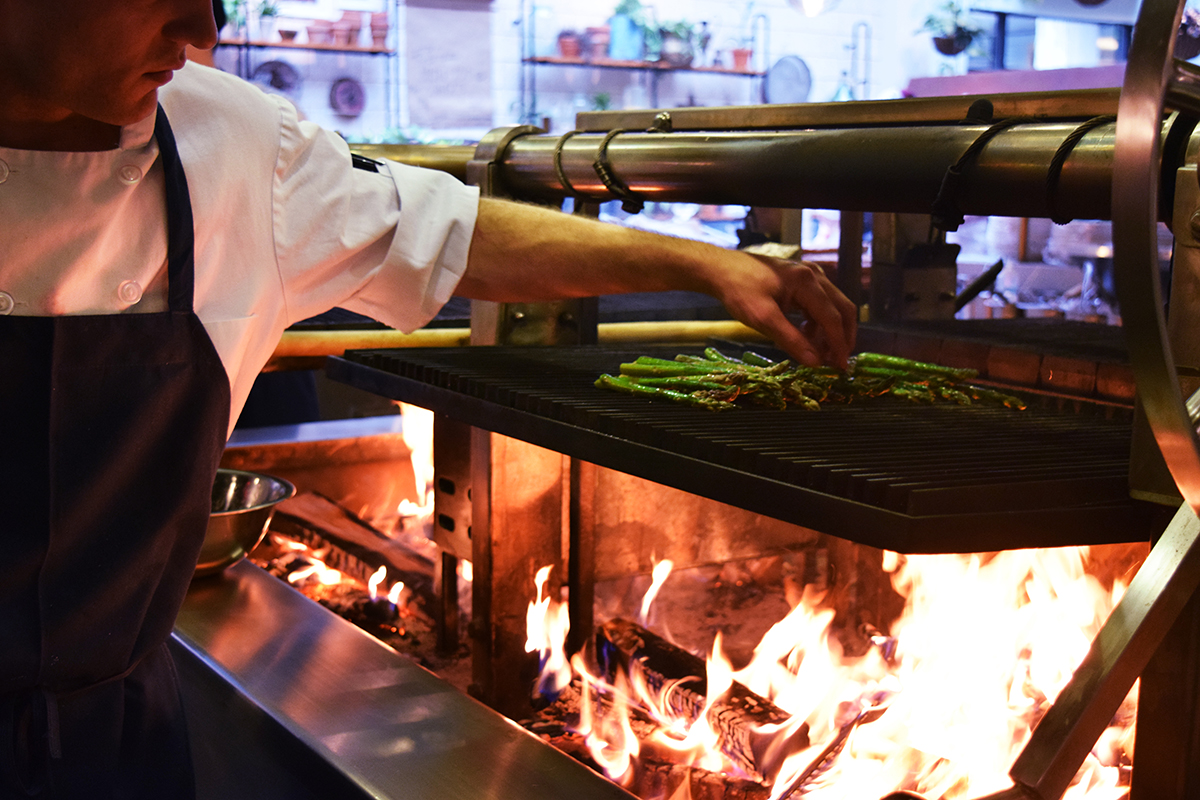 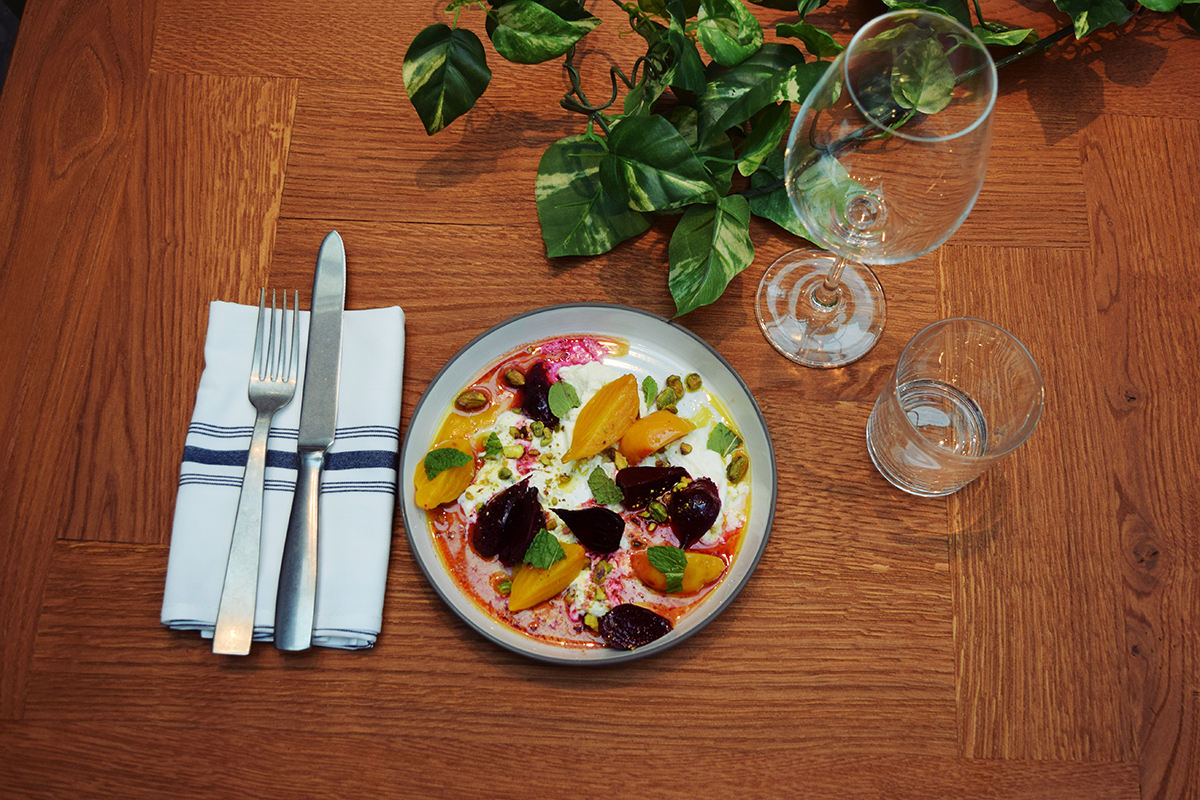 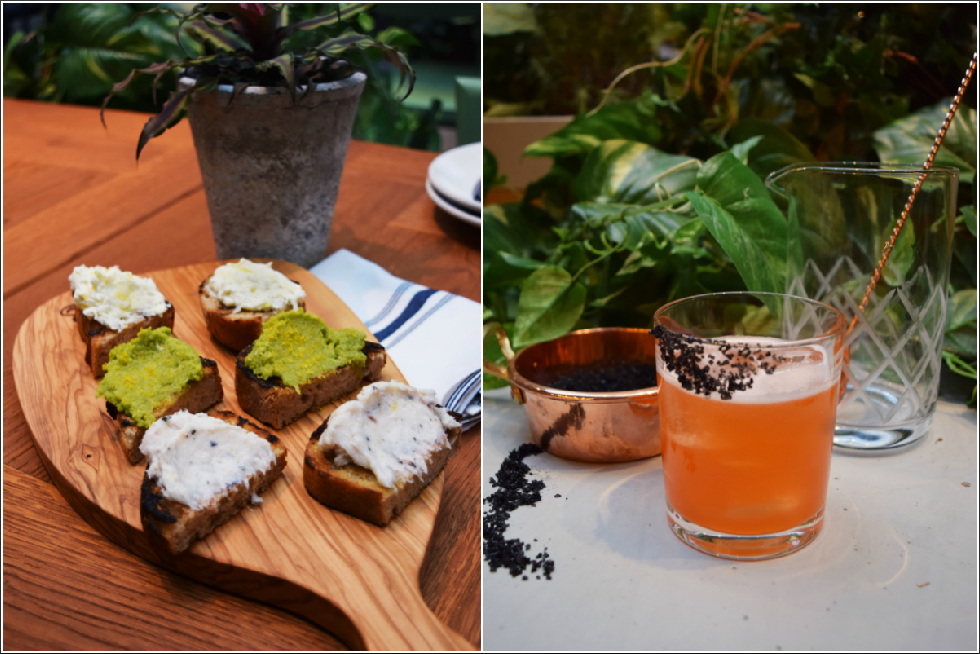 Bruschetta and a cocktail at Terra. / Photos provided 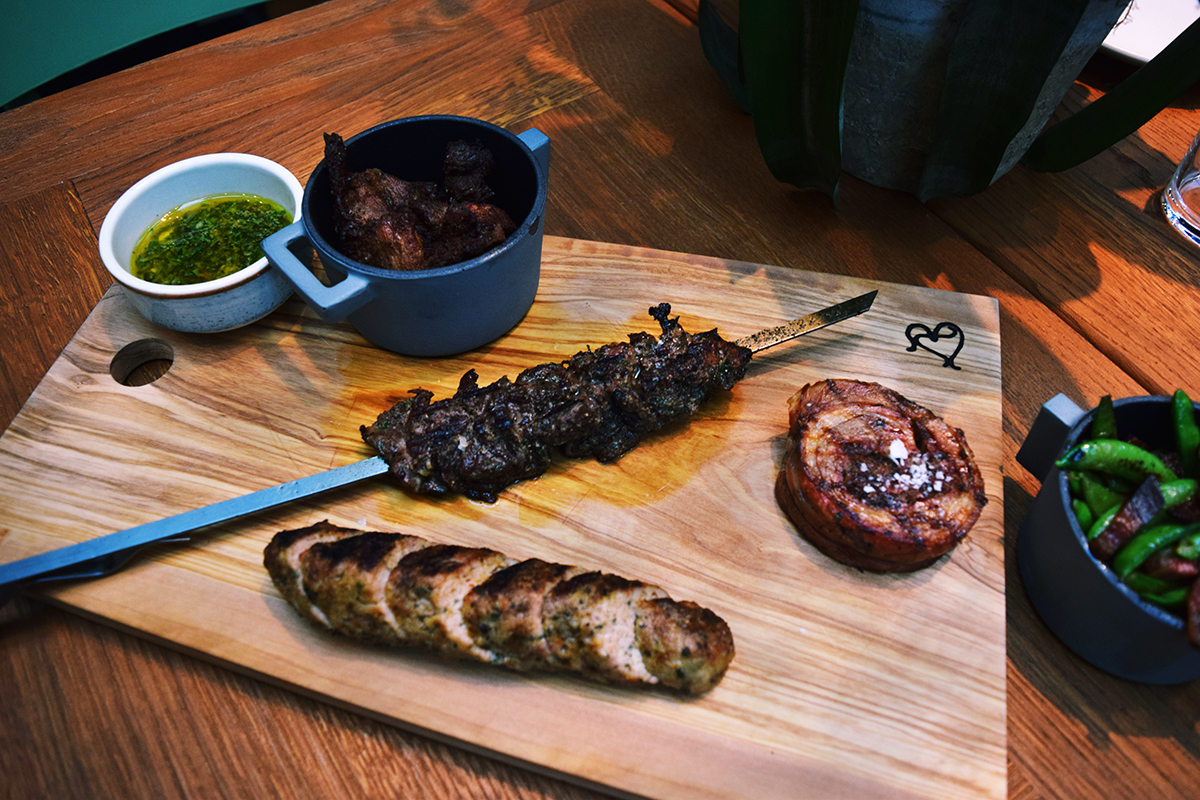 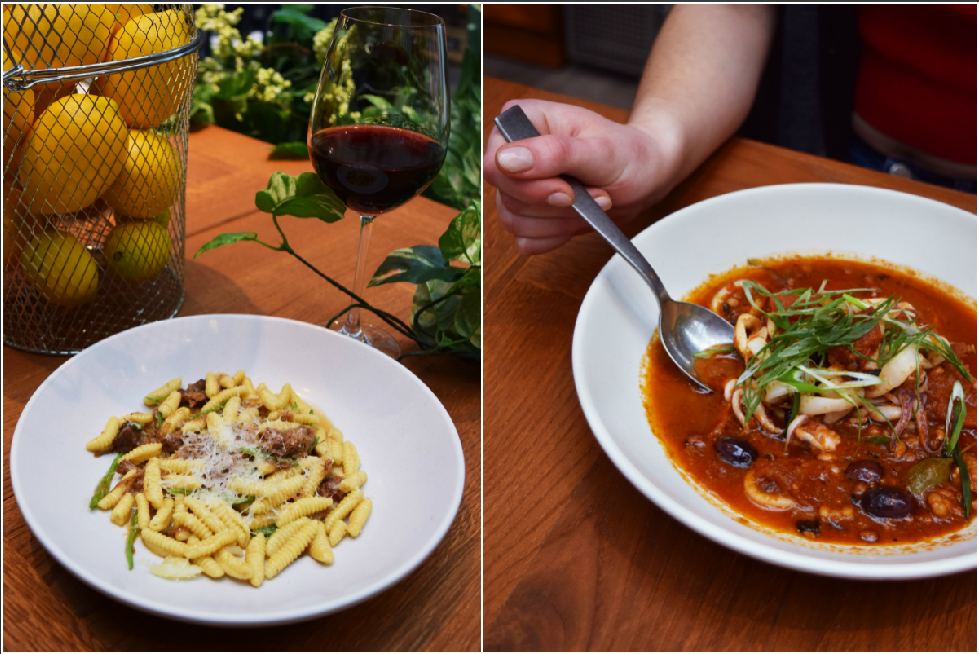 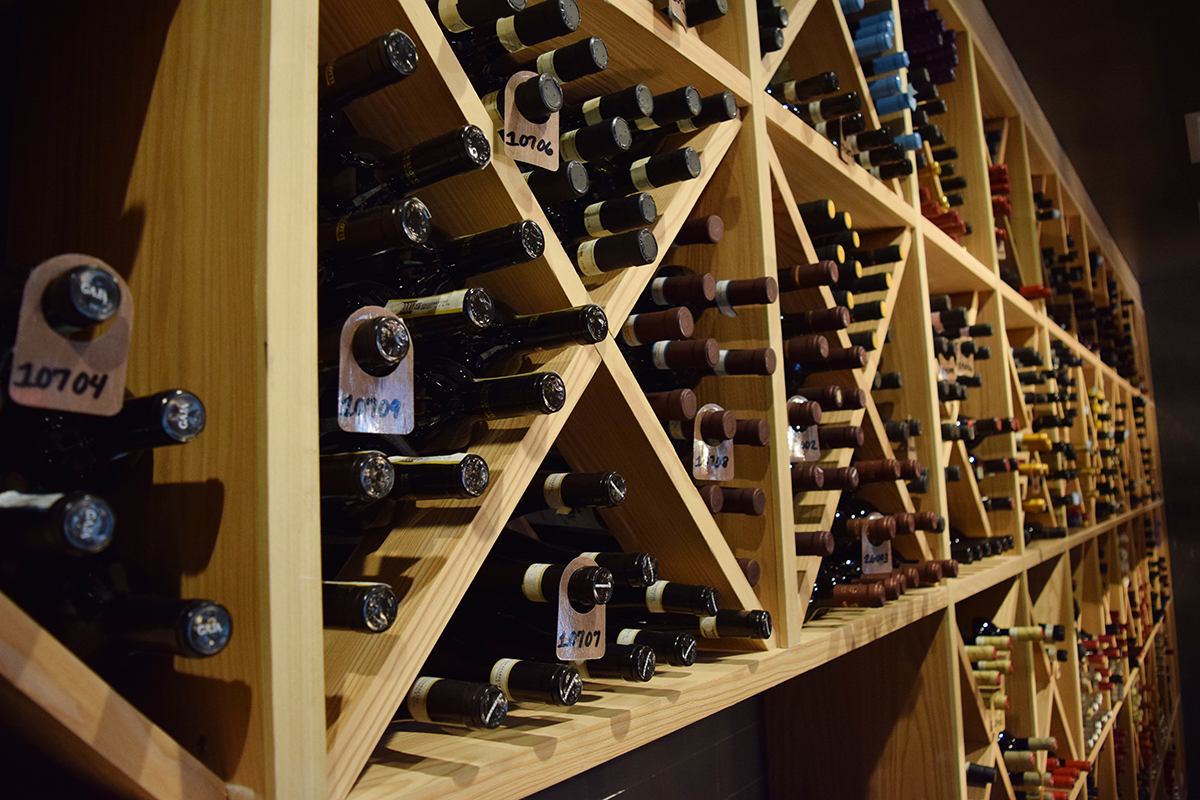 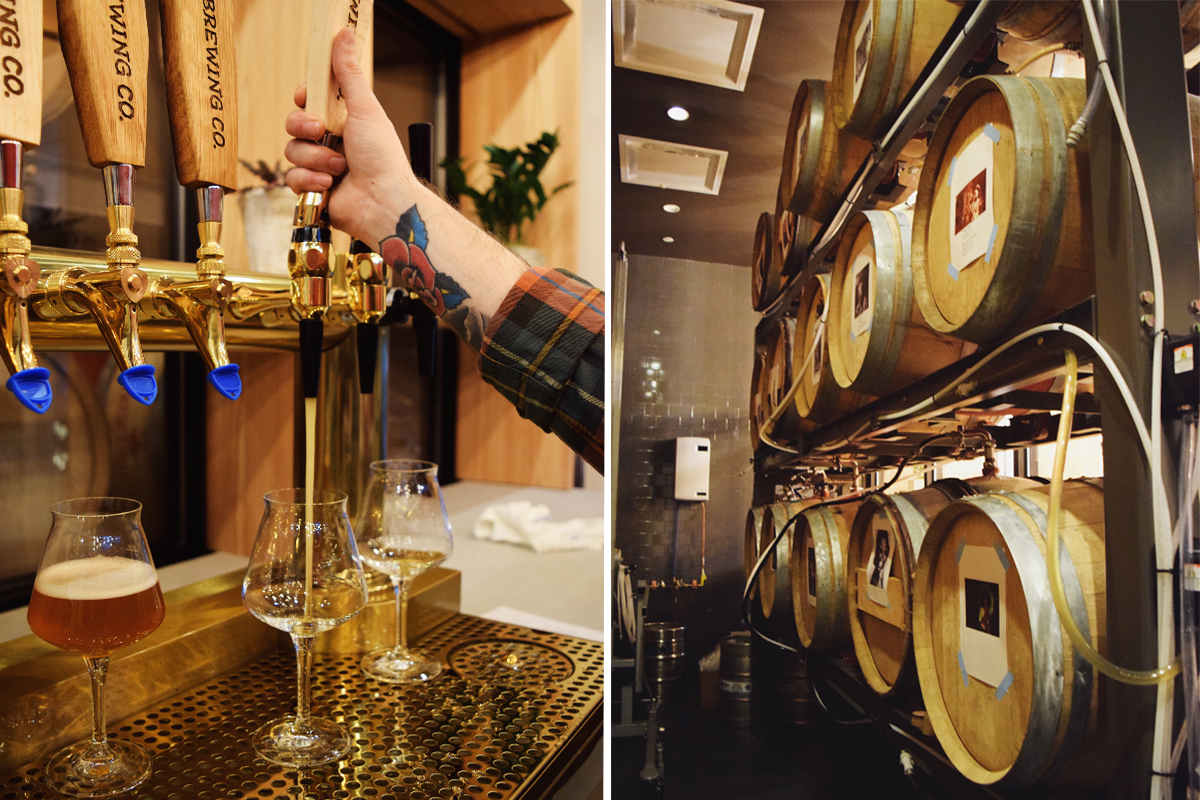 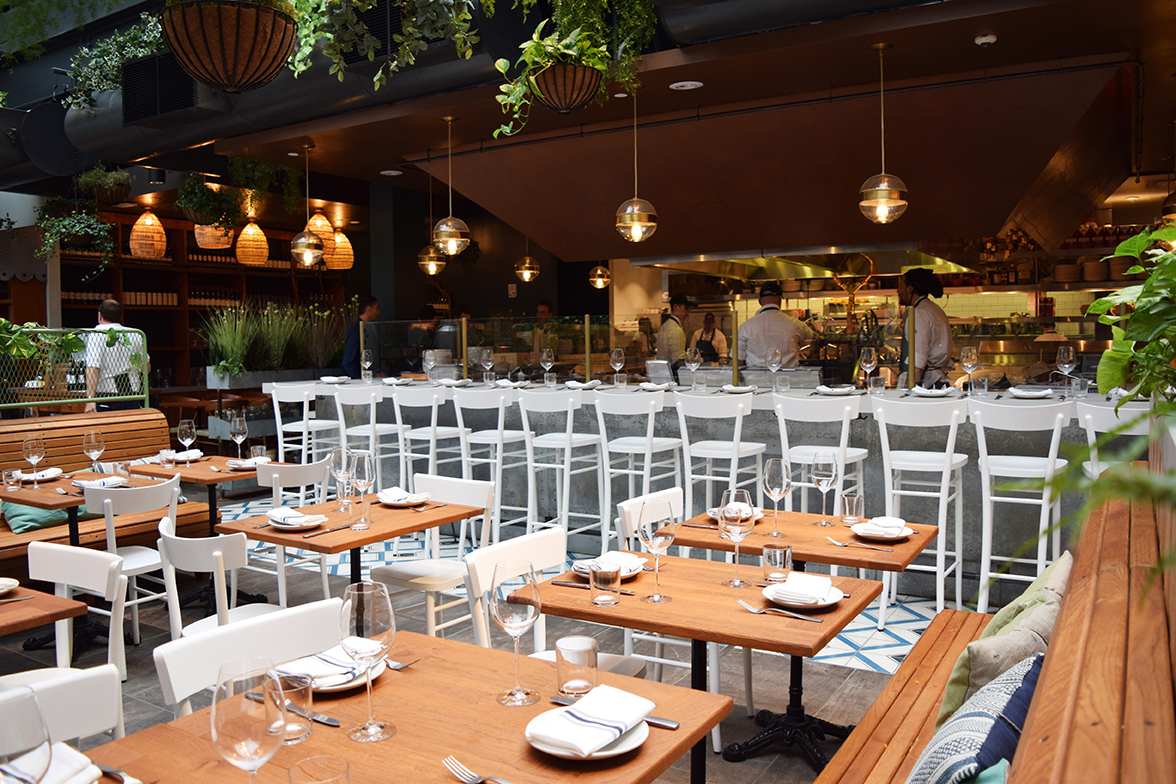