Simeon is the first celebrity chef collaborator with Pokéworks. 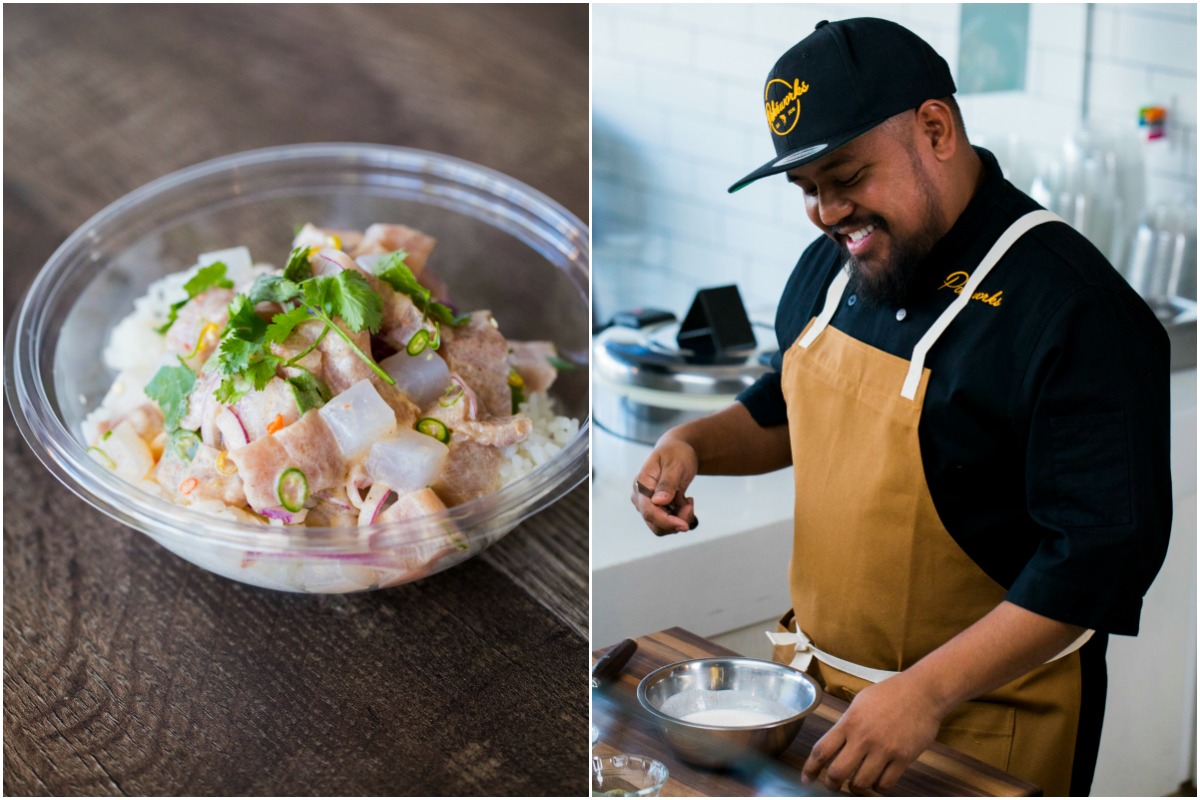 Poké, a trendy and traditional Hawaiian seafood dish, isn’t hard to come by in Boston—and neither is food cooked by chefs made famous by Top Chef. But for fans of the joyful, Filipino-Hawaiian chef Sheldon Simeon, who was a fan favorite on both Top Chef season 10 (Seattle) and the most recent season in Charleston, a new special at Pokéworks is a must-order.

Simeon developed the recipe for the Coco Bora bowl, which hits menus at all Pokéworks locations this weekend, including in Davis Square. The company currently has eight locations from California to New York City.

His first recipe uses bora, a mild white fish caught off of the Atlantic coast of Florida, with ginger, red onions, Thai chili, and a sauce of coconut vinegar, coconut milk, black pepper, and lime juice, inspired by a Filipino kinilaw marinade.

The Coco Bora starts April 8, and will be available until his next signature bowl rolls out. The company doesn’t have a timeline for Simeon’s future creations.