All of the company's food trucks and restaurants are closed today. 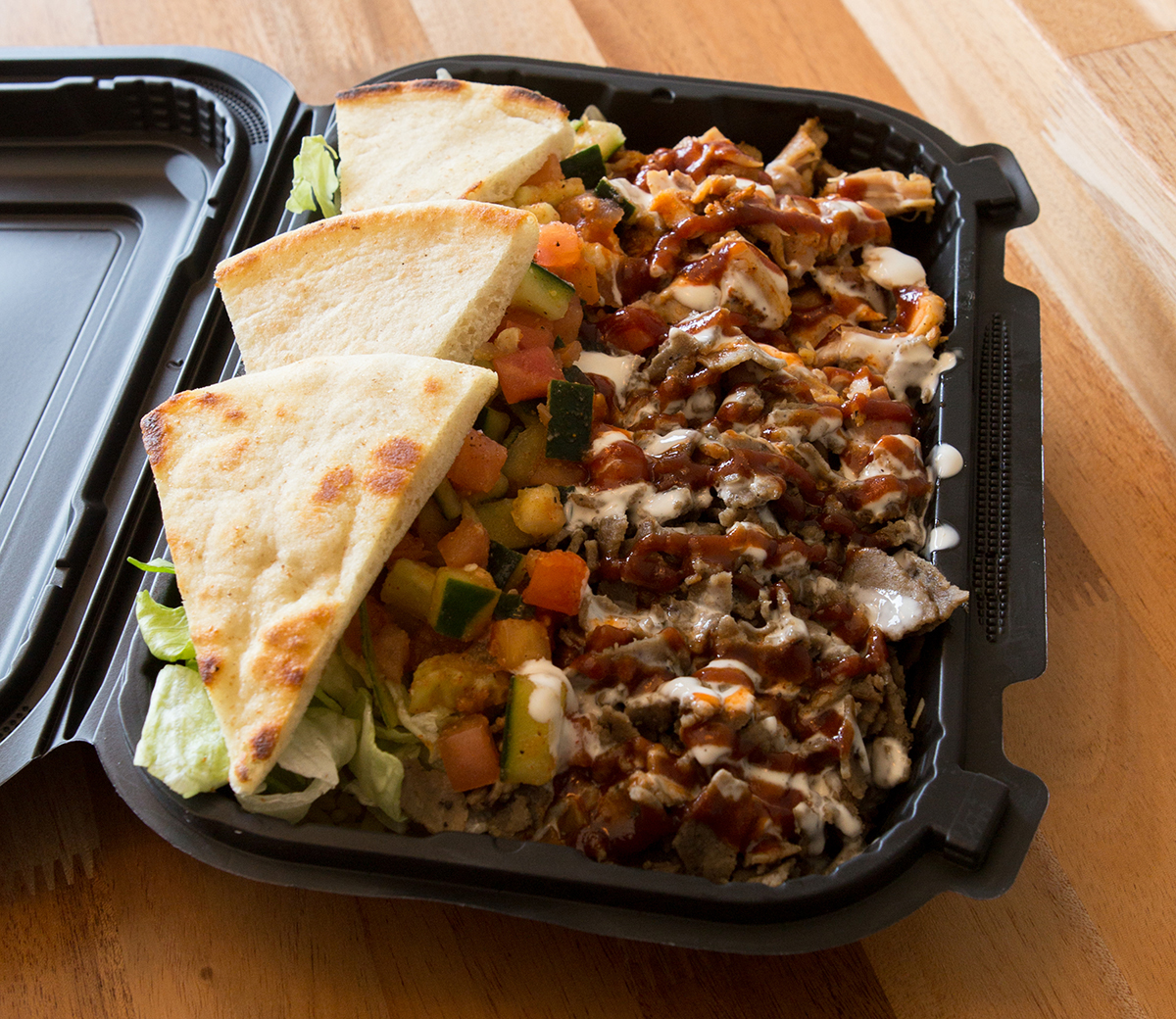 A popular, Boston-born fast-casual empire has shut all operations likely until early next week, after being linked to nine confirmed cases of E. coli, according to a joint statement from the Boston Public Health Commission and Inspectional Services.

Chicken & Rice Guys, which operates five food trucks, takeout restaurants on Bedford Street downtown, in Downtown Crossing, and in Allston, and has a dine-in restaurant in Medford Square, took its trucks off the road  and shuttered its three Boston restaurants last night “out of an abundance of caution and concern for our customers,” they wrote on social media.

Yesterday, the State Department of Health informed CNR that several individuals who had been exposed to E. coli between March 27 and March 30, listed either our food truck or our Allston restaurant as a possible source. Health inspectors conducted routine inspections of all CNR food trucks, food truck commissary, as well as our restaurant in Allston. After passing our inspections, CNR voluntarily decided to shut down all operations out of an abundance of caution and concern for our customers. All CNR locations will remain closed today while we work closely with Dept. of Health inspectors.

“We closed Allston and our truck locations yesterday to facilitate the inspections. We subsequently closed all our locations because inspectors could not find the source of the contamination,” says Steven Collicelli, CNR Guys’ marketing manager. Today, the city temporarily suspended their food service license, he says.

Chicken & Rice Guys has a commissary kitchen in Somerville, which also passed inspection yesterday, Collicelli says. Now, the company is testing all 100 of its employees for the bacterial infection, and is also looking into whether it can be traced to any vendors that supply to Chicken & Rice Guys.

“The tricky thing is, if it was bad batch of lettuce or something, they might be able to trace that, but they might not be able to trace it. This happened two weeks ago,” Collicelli says. “Because there is no underlying issue with how we’re transporting food from our commissary to our food trucks, how we’re preparing food, or any systemic problems like that, the solution is to deep clean everything and have it inspected again,” he says.

The company is “optimistically” hoping to reopen on Monday or Tuesday of next week.

“It is definitely significant,” Collicelli says. “We love our customers. We’ve grown as fast as we can in Boston because of so much love from our Boston fans. This cuts very deeply across our company.”

The company is known for hearty combo plates of seasoned rice, shredded lettuce, and pita, with grilled chicken, beef and lamb gyro, and tofu options, and house-made sauces, including creamy garlic, and an herbaceous jalapeño sauce.

This story was first reported by the Boston Globe. If you believe you might have been sickened by a meal from Chicken & Rice Guys—here’s a handy primer on E. coli, and one from the Boston Public Health Commission—the company is asking you to contact them at info@cnrguys.com.

This developing story was updated at 2 p.m.