Drink This Now: Gentleman Smuggler at the Townshend 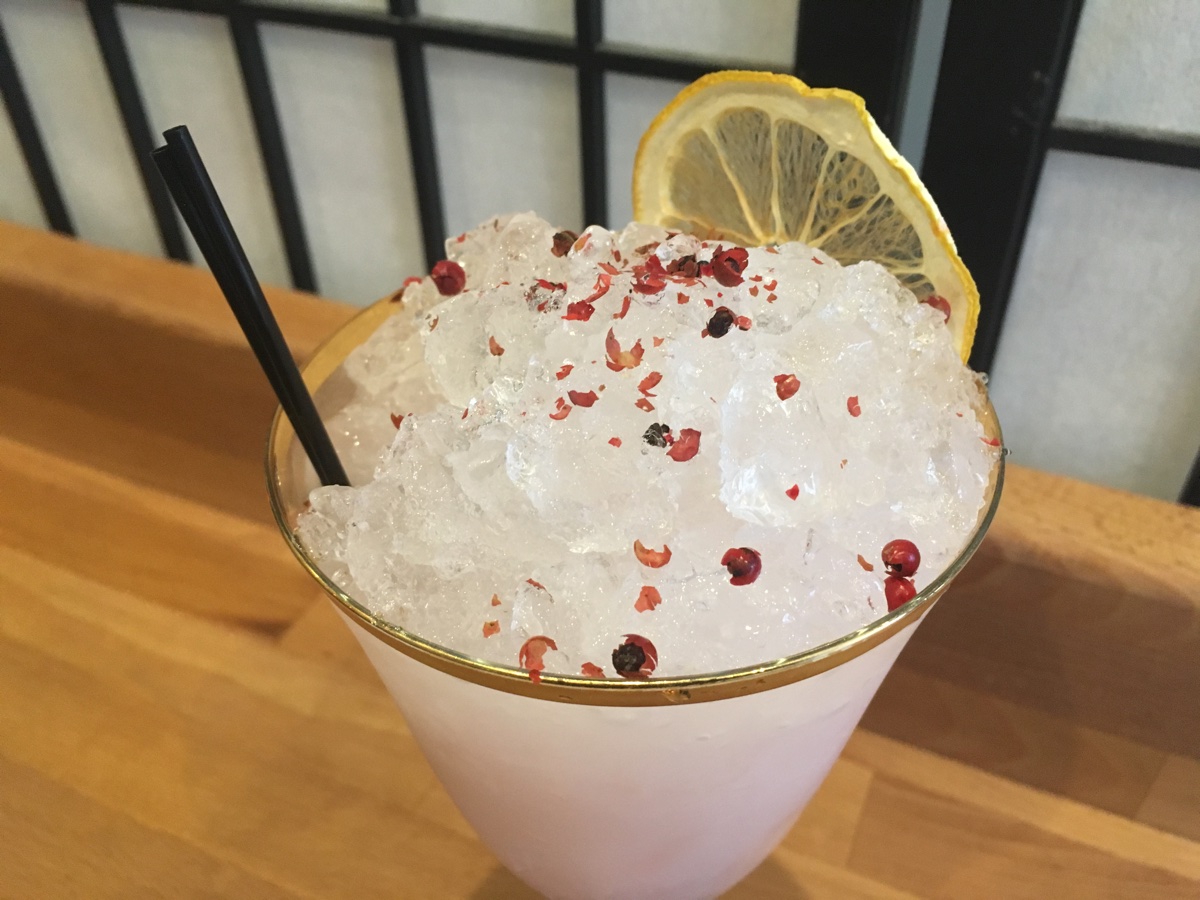 John Hancock was not drinking coconut cream when he was around in Quincy, but if he was there today, the known dandy might sip this pink drink. The Gentleman Smuggler, a seasonal cocktail that was on Palmer Matthews’ list when he first opened the Townshend two years ago, is back just in time for Patriots’ Day—and sunny weather.

“A lot of what we do is brandies, whiskies, fortified wines, those darker sipping spirits that would have been more available around the time of the Founding Fathers,” says Matthews, a Drink veteran and bar manager at the buzzy Quincy Center restaurant. “But this time of year, when you get days like this,” he, personally, starts craving coconut cream, he says.

As a mixer, most drinkers are familiar with coconut cream in drinks like a Painkiller, or a piña colada. But this spin spices it up with a house-made, pink peppercorn syrup. Along with Privateer Rum and a bright squeeze of lemon, it’s perfect on a spring afternoon, like the forecast on Marathon Monday this year.

The Gentleman Smuggler is named for Founding Father John Hancock, who was born in Quincy. As a shipping magnate, Hancock was keenly interested in preventing the British from taxing imports, like tea and rum, so he smuggled them into Boston. He was quite good at it, and used his wealth to help fund the early days of the rebellion against the British.

(Of course, the Townshend itself is named for the infamous Acts levied against the Colonists that eventually led to the American Revolution.)

The Privateer Rum in the Gentleman Smuggler is another homage to New England history. While most of Matthews’ guests default to tropical island drinks when they order rum, he says, he notes the spirit has a large role in local trade history, as well as in the daily life of the Founding Fathers. The Salem distillery represents New England well, Matthews says.

“Opening a cocktail bar in my hometown, at a time when Quincy Center is seeing a lot of invigoration and progress, has been a full circle thing,” Matthews says, admitting he sometimes took the local significance for granted.

The Hancock Cemetery, named for John’s father and established in 1640, is right across the street from the Townshend. The historic ’hood is also home to Adams National Historical Park, the first presidential library, and more sites, which all open for the season on Patriots’ Day.

So, if the bustle of Back Bay is not your cup of tea on Monday, consider Quincy for a patriotic tour—and a seasonally perfect cocktail.