Marathon Monday at Eastern Standard, By the Numbers

Patriots' Day 2017 was the single busiest day in the history of the Kenmore Square landmark. 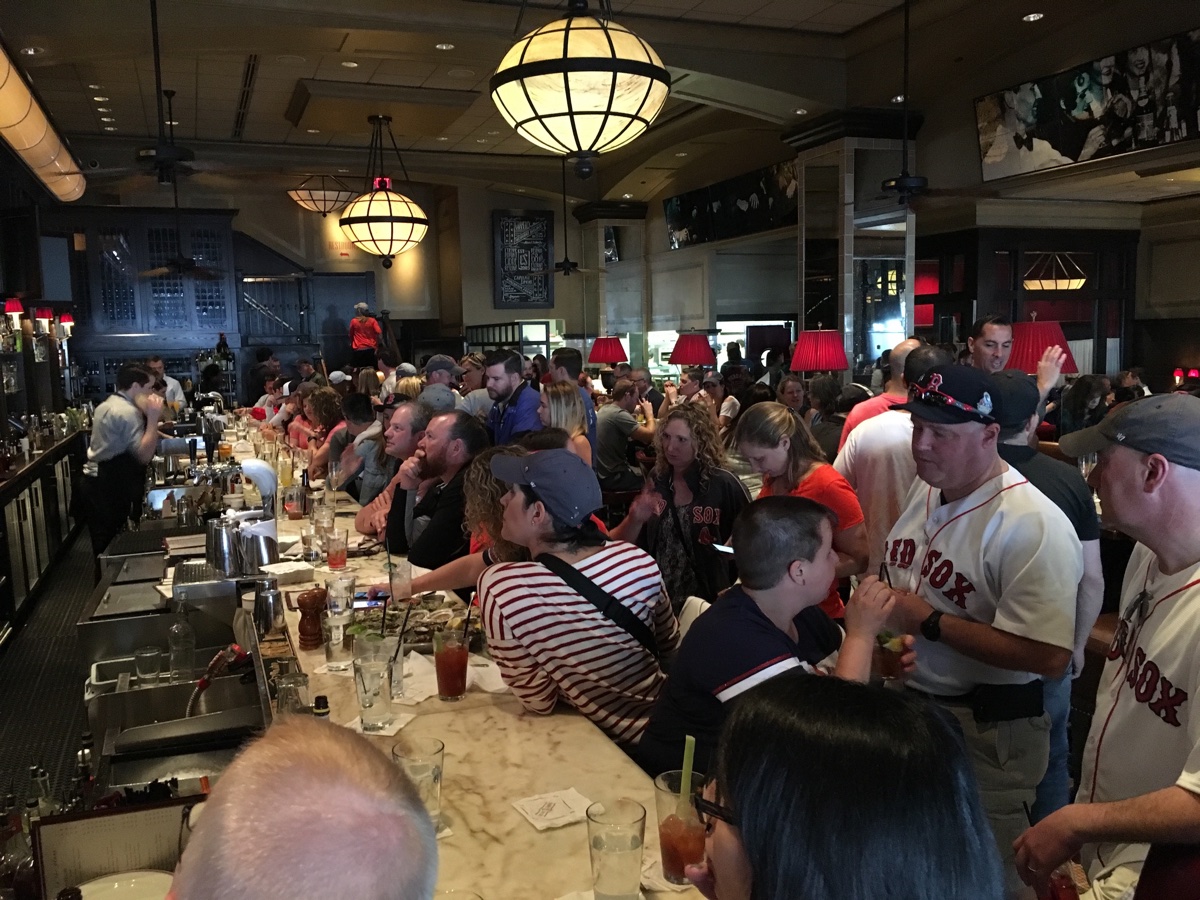 The crowd at the bar at Eastern Standard just after 9 a.m. on Marathon Monday 2017. / Photos by Christy Osler

It’s been a full decade of Marathon Mondays for longtime Eastern Standard Kitchen & Drinks general manager, Andrew Holden—and this year was the busiest ever. With its location along the race route, in the shadow of Fenway Park, the Kenmore Square restaurant has been the nexus of Patriots’ Day celebrations since Garrett Harker debuted it in 2005. Yesterday, Eastern Standard had 500 covers on the books before the Red Sox lead off at 11 a.m. For comparison, a typical Monday will see 500-600 guests from open until last call, Holden says.

“The longest, most exhausting [day],” Holden says, “but with how special the day is for the city—we’ve hosted so many fundraisers for people running that are friends of the restaurant, we’ve had staff run, just knowing all the reasons they’re running—having that in the back of your mind throughout the day is extra motivation.”

The morning was the busiest, with people lining up on Commonwealth Ave. for the doors to be unlocked at 7 a.m. By 8:30 a.m., the restaurant was at capacity, Holden says. Breakfast sales alone were $24,000—that’s a lot of eggs.

“Throughout the afternoon, [baseball business] has been built in, but what’s been really special to see over the years is the growth of the dinner crowd,” Holden says. “Runners coming in to eat with their medallions and jackets on, their legs wobbling. I’m from Boston, and I think a lot of us take for granted what a far reach the race has. You truly see people visiting from Japan, Germany, Australia.”

What was also noteworthy this year is that wine sales outpaced beer sales by more than $4,500, he says.

“The music is at full tilt, the windows are all open, and it’s so intense—it’s so crowded out front, but you’re at capacity. It takes everything you can to maintain the composure of the staff, keep everything in control, and make sure people are having just the right amount of fun.”

The general manager, who also owns Branch Line in Watertown, clocked in just after 7 a.m. and left 13 hours later. Here’s a look at what went on behind the scenes. 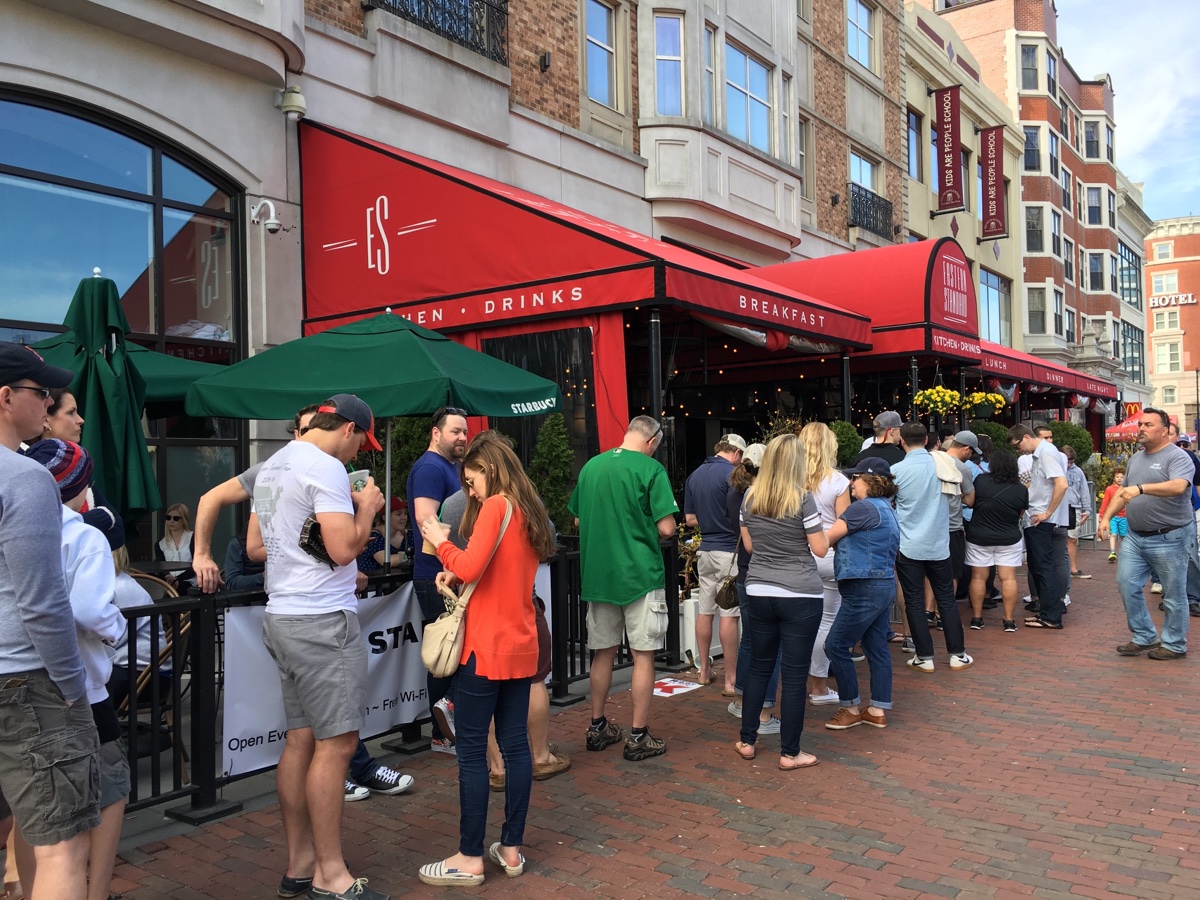 A line of people wait to get into an at-capacity Eastern Standard just after 9 a.m. on Marathon Monday. / Photos by Christy Osler

Last call for food and drinks

Seated guests all day—not counting those crowding around the bar, at tables, or on the patio

Average time between transactions, based on number of guests served 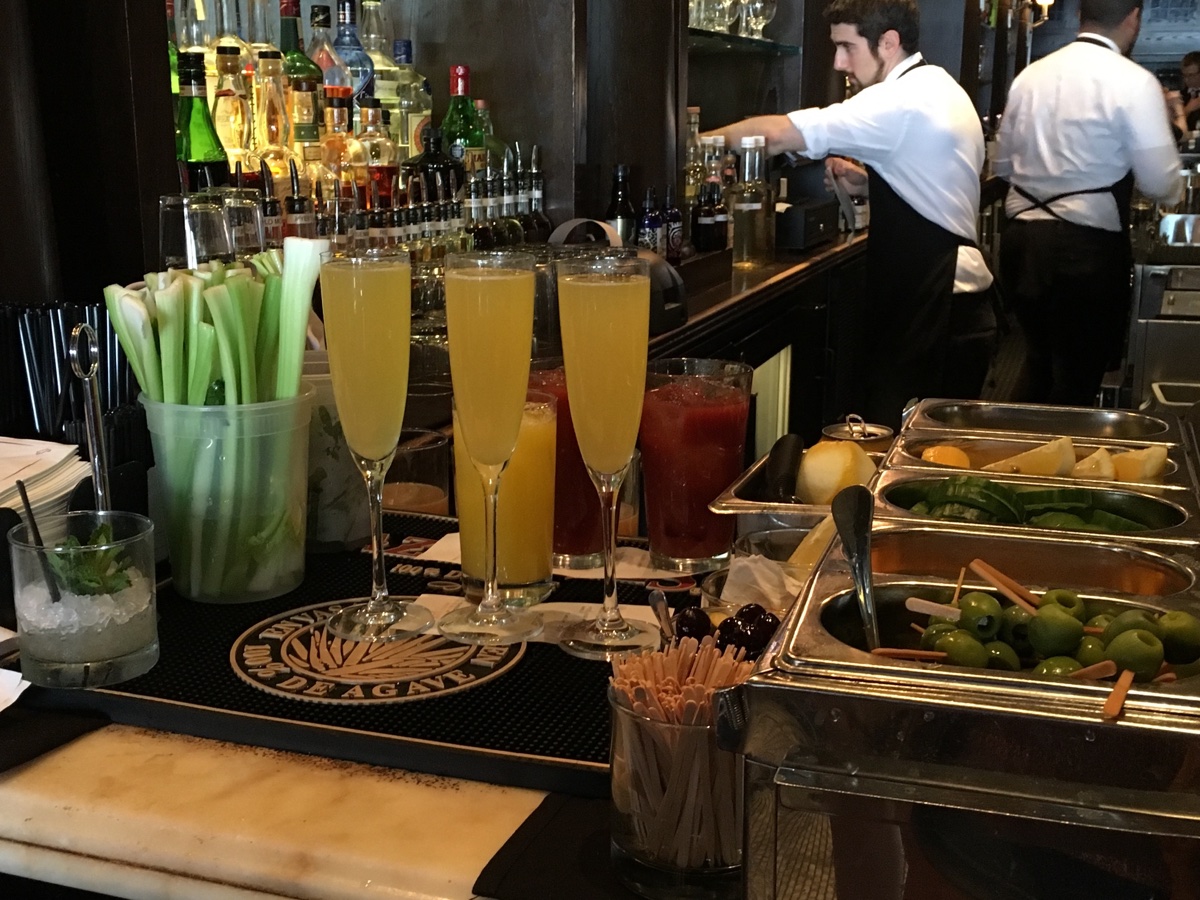 Bloody Marys made to order 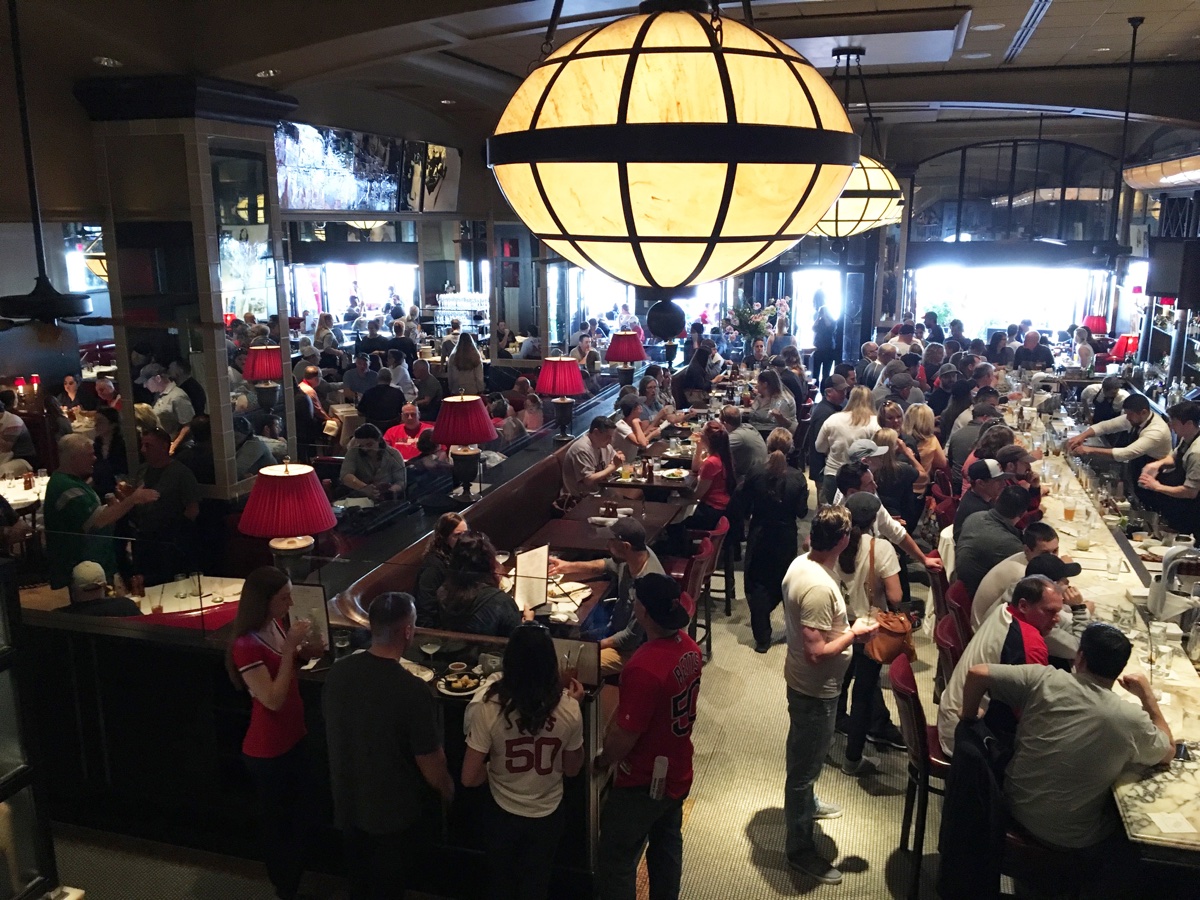 The morning crowd at Eastern Standard. / Photos by Christy Osler 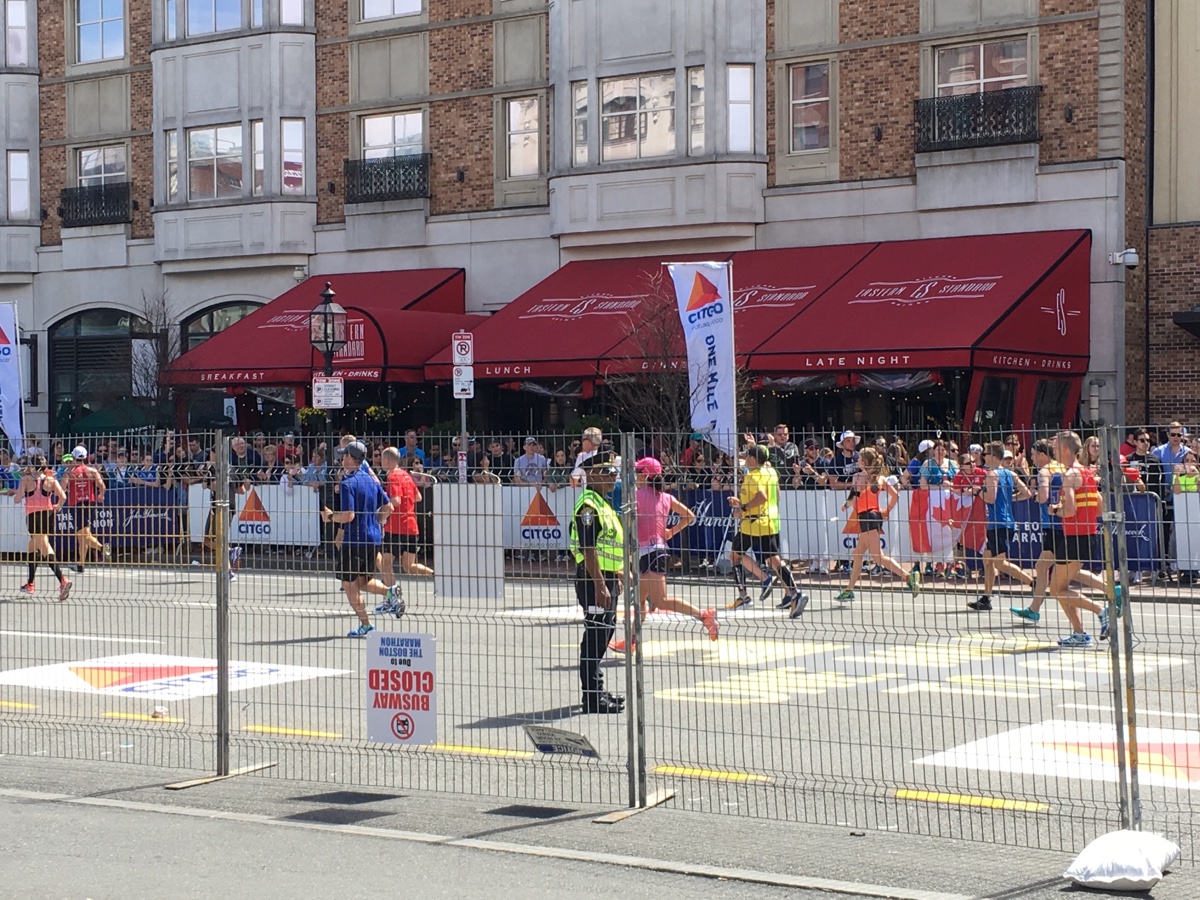