Check Out the Menu at Les Sablons, Then Eat There Tonight

The latest from the team behind Row 34 brings a taste of Europe to Harvard Square. 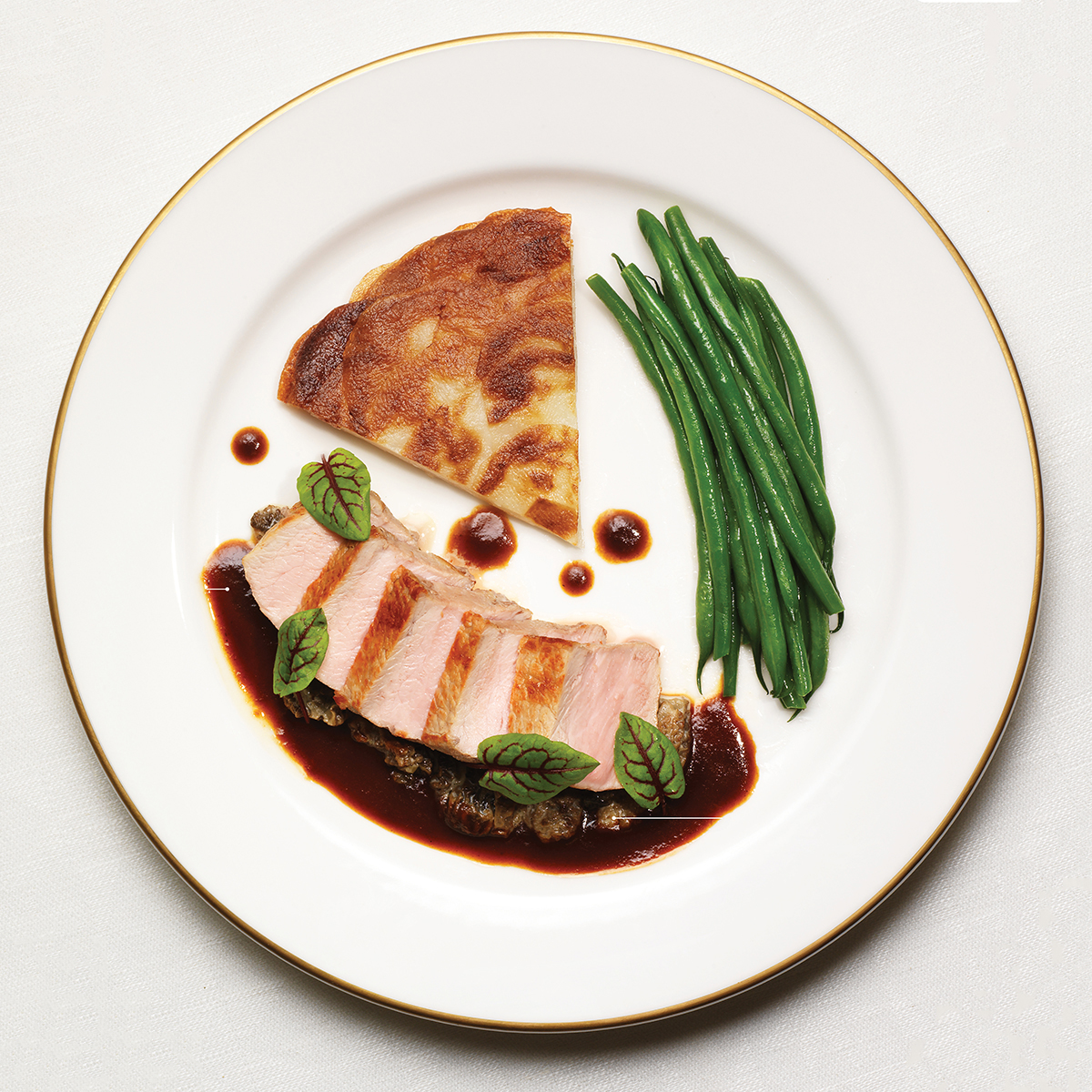 PHOTOGRAPH BY BRUCE PETERSON for “The Breakdown“

For more than a year, the team behind Row 34, Island Creek Oyster Bar, and other venerable establishments has been quietly figuring out how to turn a vintage train conductor’s building into their latest restaurant. Les Sablons is picking up steam—the Harvard Square spot opens tonight at 5 p.m.

“The building is just stunning, that’s what drew us to it,” says chef Jeremy Sewall, who is a co-owner of Les Sablons along with Garrett Harker, Shore Gregory, and Skip Bennett. “There are no other buildings like that, which is appealing, but logistically it was hard to figure out.”

The building, on Bennett Street, near the Charles Hotel and one of the newest Flour Bakery locations, is just 17 feet wide, but 135 feet long. It spans three floors: The Les Sablons kitchen is in the basement, there’s a street level bar and lounge area that seats 50, and a second-floor dining room that seats 100 and also has a bar.

“When you get to the top of stairs, you can see the length, and there are lots of large windows, and wall-length banquettes,” Sewall describes. “It’s going to be a special room for the neighborhood.” 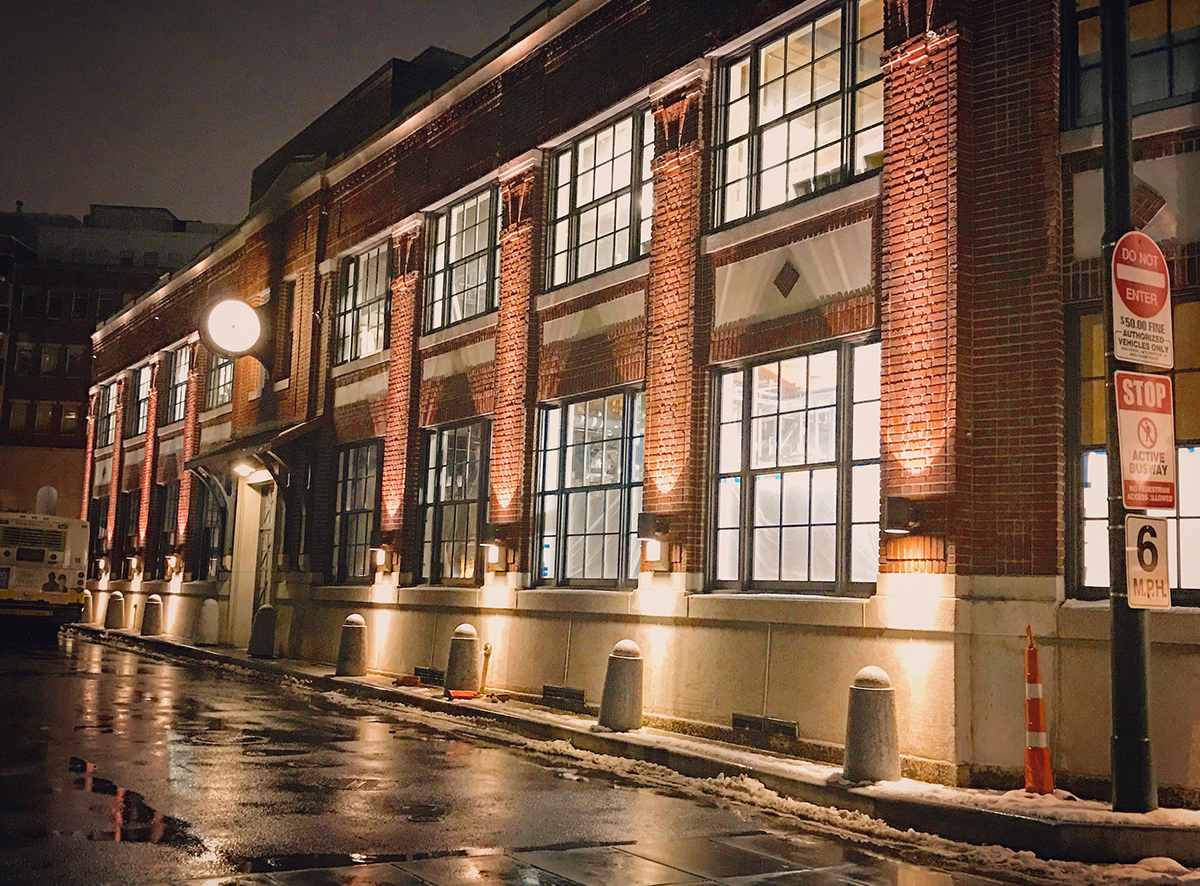 Eater Boston has a look inside.

And it’s going to be a different restaurant than we’re used to from the Row 34 team. When Sewall and Harker first checked it out, they fell in love with the space, but it didn’t feel like an oyster bar, Sewall says.

“We took the conductor theme and we just kept riffing on that,” he says. That means a classic, but updated, European-inspired restaurant.

“It’s familiar food done really well,” he says. “When was the last time you had really classic pommes anna, or a really good bordelaise?”

For Sewall, it’s been fun to get back to working with meat, and he’s also excited about the local pantry that’s available to the kitchen staff as Les Sablons is a springtime opening, like white French asparagus, baby snap peas, and rhubarb accompanying a foie gras dish.

“Crispy potatoes with caviar is fun, simple, and decadent,” he says. There is also a raw bar downstairs, with oysters on the half shell, King crab cocktail, and some composed raw seafood dishes, like Columbia River salmon with mint, cucumber water, and baby snap peas.

The team has tapped Brian Rae to execute the menu nightly. Most recently at Centre Street Café, the chef is familiar with Harvard Square after years alongside Jody Adams at Rialto. His pasta-making skills will be employed at Les Sablons; rye spaghetti with black trumpet mushrooms and pesto is on the opening menu.

Don’t overlook desserts—Ashley Oliviera, who was pastry sous chef with the restaurant group for about five years, is executive pastry chef at Les Sablons.

And of course, Jackson Cannon developed a destination-worthy cocktail program. There are classics, like a French 75 and a Bijou, and new sippers, like Spitfire, with Tequila Cabeza, cinnamon, and spicy Aperol. There’s also an extensive menu of bubbles by the bottle and the glass, including several rosé and perry options (pear ciders).

With the lounge design echoing a European rail station—it’s named for a stop on the Paris Metro—with low ceilings and bright tiles, courtesy of Bentel & Bentel, it’s meant to be a place to get comfortable and spend some time.

“You walk in and you definitely want to drink a cocktail in here,” Sewall says.

Check out the opening dinner and drinks menus below.

Les Sablons opens tonight at 5 p.m. It will serve dinner nightly until 10 p.m. (11 p.m. on Fridays and Saturdays), and eventually, it will also serve lunch.