Bissell Brothers Is Coming to Boston for a Boozy, Maple-Soaked Brunch

The coveted Maine brewery is teaming up with Cask Force at Row 34. 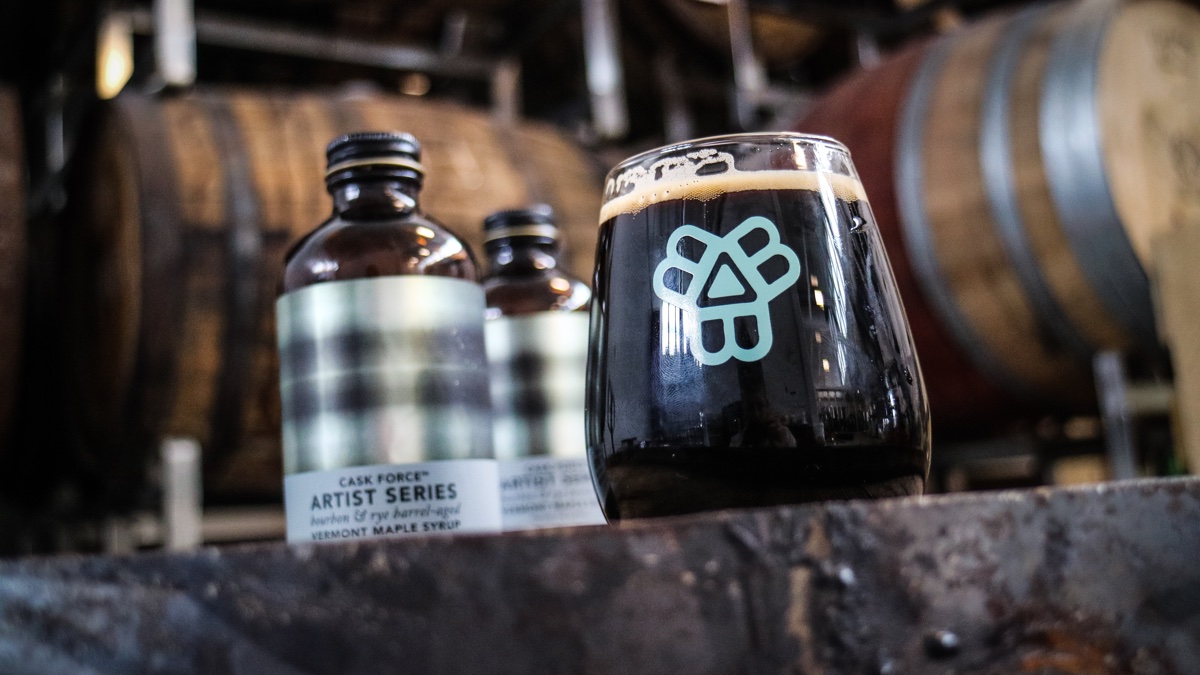 Beer lovers, if you haven’t already—clear your schedule on April 30. You’ll want to be at Row 34 to get the first Massachusetts sips of Portland’s hyped and hazy Bissell Brothers.

The Maine brewery, which is known as a leader in the New England-style IPA category, has teamed up with the local barrel-aging entrepreneurs of Cask Force for a boozy brunch. It happens to be Bissell’s first-ever on-premise event in the Bay State.

The Bissells—co-founders and brothers Peter and Noah—are bringing down their dank and citrusy flagship, Substance, and other hoppy offerings, but the main event is Angels with Filthy Souls. The maple porter was the first dark beer Bissell Brothers ever brewed.

About a year ago, Cask Force (also a band of a couple of brothers) left two used barrels, one bourbon and one rye, at Bissell Brothers that had aged its Artists Series maple syrup releases, says Cask Force’s Nick O’Connell. The brewery team filled them with an already-bourbon-barrel-aged batch of Angels. After this winter’s Angels with Filthy Souls release, O’Connell borrowed those barrels to fill them with his company’s maple syrup, he says.

Now, both experiments are seeing the light of day.

“It will be cool to see how the maple affected the beer, and beer influenced the maple syrup,” O’Connell says.

While reservations are filling up fast since the restaurant announced the event last week, “I don’t anticipate running out of beer quite as quickly as we have for other events since Bissell was generous,” Hays says. “However, I do believe the turnout will be pretty epic!”

Here’s the full lineup of Bissell Brothers beer that will be on draft that day: