Dispatches from a culinary galaxy (seemingly) far, far away. 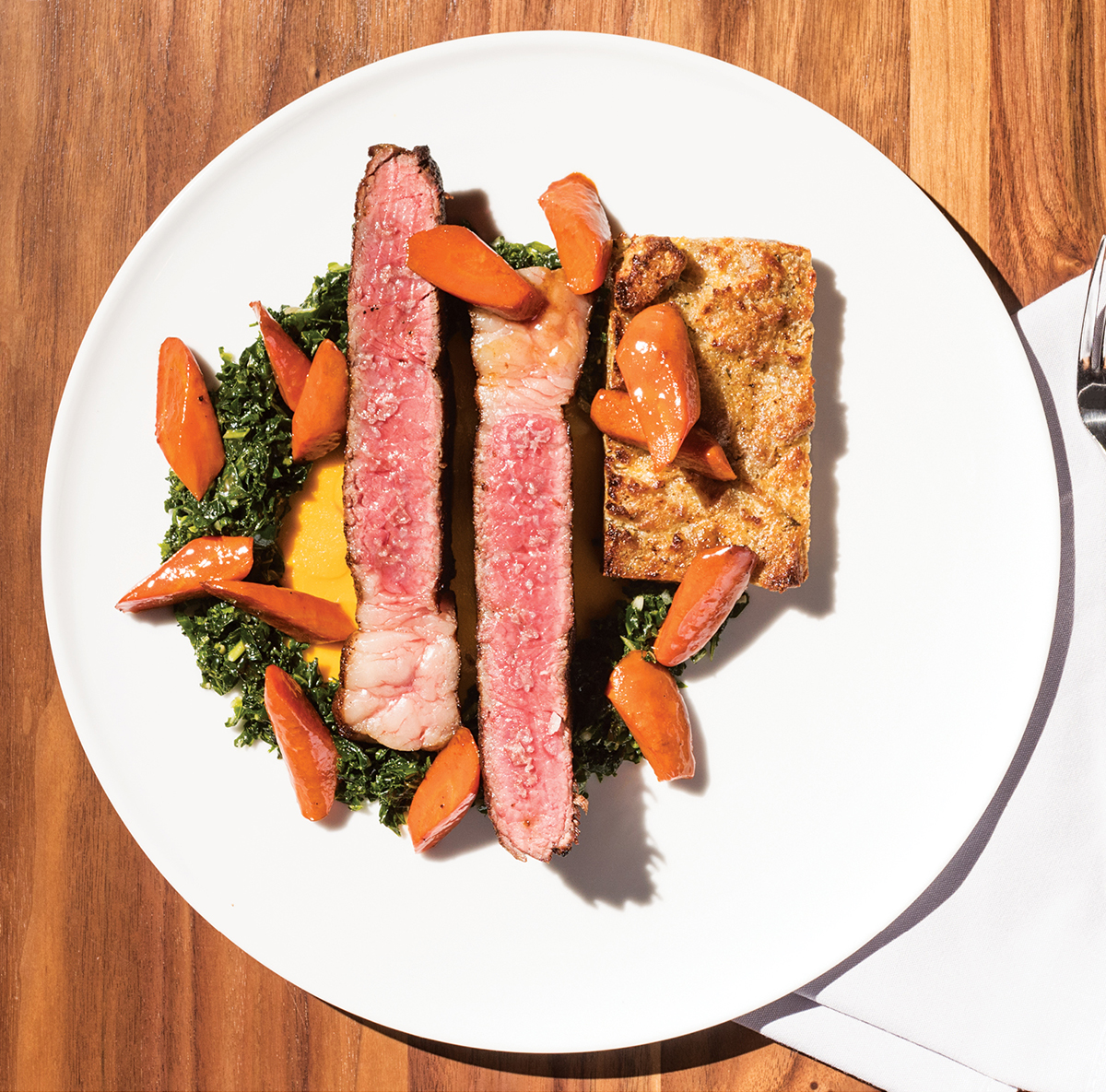 There’s something off about Oak + Rowan, and I don’t mean that in a bad way. During the three months it took me to visit, everyone I know kept describing it as “suburban.” Which surprised me—as it would anyone who has eaten at owner Nancy Batista-Caswell’s Brine, a thoroughly modern seafood-and-steaks counter in Newburyport every bit as urbane and on-the-pulse as Select or B & G.

Now that I’ve been a few times, I think I get what they meant, though I disagree with the diagnosis. To me, O + R feels…differently urban, like an ambitious city restaurant beamed in from some parallel diningscape. Where? Beats the hell out of me. Some wacky never-never land where they’re still doing the conjoined, law-firm-style name thing—so two years ago!—or where they haven’t fully forgone the destination entrée to ride on the small-plates express.

The out-of-Boston experience begins before you’ve even glanced at the menu. For one, O + R is located on the twilight-zoniest corner of Fort Point (A at Melcher). The restaurant itself is a gaping 5,000-square-foot cavern of exposed brick, polished dark wood, and rehabbed-factory-loft stylings. It’s what you might expect an Anthropologie flagship store in Seattle or Charlottesville to look like. Or—okay, fine—an upscale-comfort-food “tavern” in Needham or Lowell. Not a Boston restaurant doing ambitious gastronomy.

And then there’s the food. Chef Justin Shoults’s menu is a bizarro mix of crudos, modern small plates, and hand-cranked fresh pastas alongside grand, ornate entrées time-warped in from some bygone era: meat-driven platings garnished, sans irony, with squash strudel or potato Suzette. There’s a section called “Soup + Salad.” In the year 2017. Cheese service is a highly wrought affair requiring—get this—a fork and knife, because how else would you deal with these intricately plated out cheese-course constructions? In Boston, we content ourselves with classically garnished slivers and blobs strewn across wooden boards, or dispatched from a rolling cart. In Neverland City, they conscript luscious triple-cream Brillat-Savarin ($11) into a velvety custard dolled up with black garlic, lemon, and walnut and serve it with a savory, black-garlic-spiked madeleine. The mash-up of French Laundry by way of fringe-side Southie can be hard to get your head around. 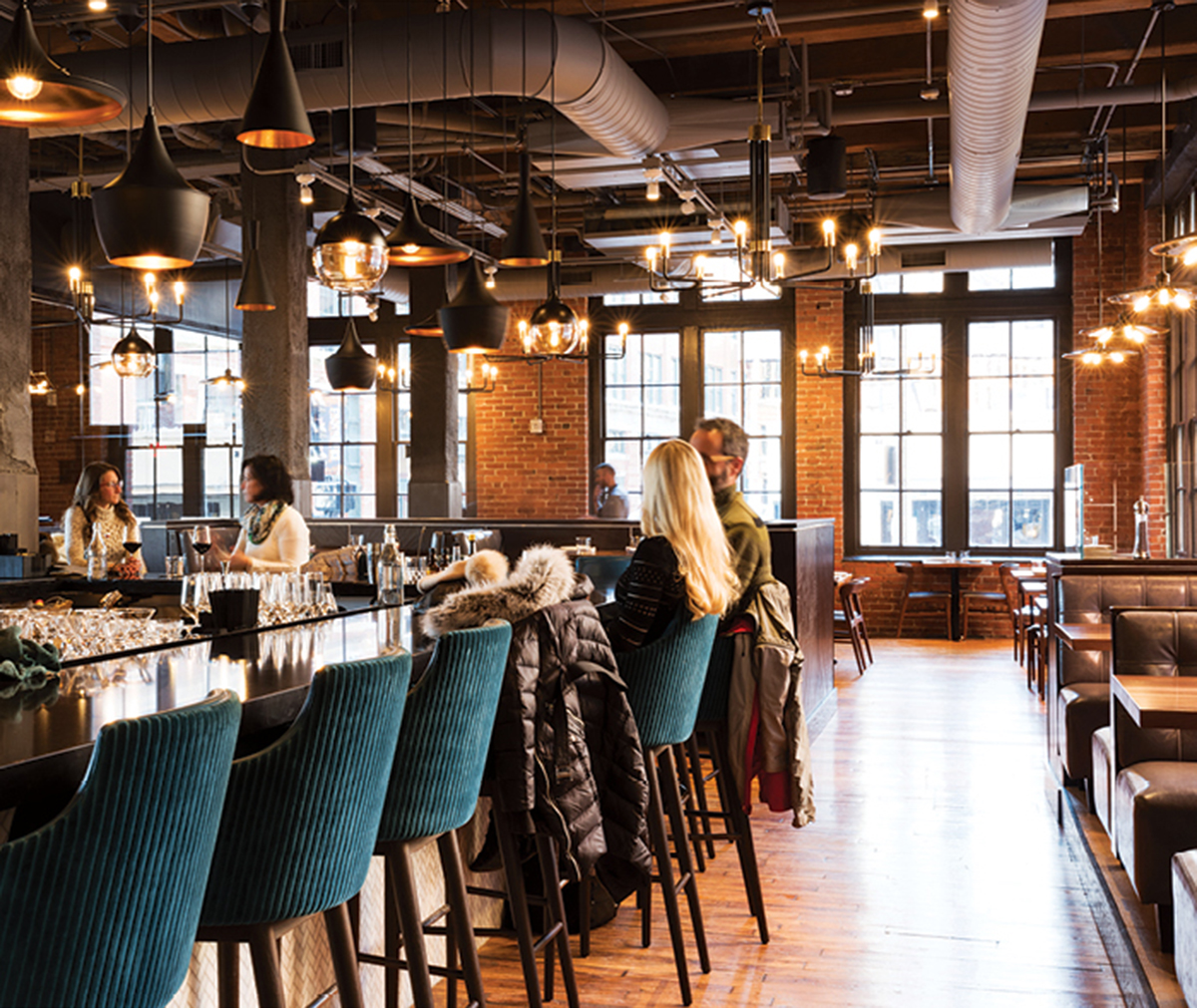 That said, there are plenty of reasons you should try. The food here can be magical. If I had a dime for every recent crudo that failed to account for a particular fish’s leanness, I could buy a vial of fancy finishing oil to tote around like a sashimi first-aid kit. No need here. Shoults’s tuna crudo ($15) was masterful—unsurprising given his impeccable renditions at Brine. Grapefruit segments seem like the wrong move for lean, coppery raw tuna until your palate hits the luscious creaminess of sea urchin, echoed by gorgeously textured pine nuts and nutty mâche leaves. It was fantastic—and right up there with standard-bearer versions at Saltie Girl and Bar Mezzana.

My favorite dish, though, was risotto made with frog’s legs ($18), which I never would have tried had it not shown up as part of one of the Thursdays-only pasta tastings (at $49, a terrific deal). A blurry cross between poultry and seafood, frog’s legs are simply an ingredient that has never, uh, leapt off the page for me. Maybe that’s because I’ve never tried them cooked confit-style in duck fat, pulled off the bone, and folded into a luscious carnaroli risotto, before getting finished with raclette cheese and sorrel purée. My spidey sense tells me this is not what they’re scarfing down out in suburbia. Maybe Chicago? Atlanta? Mars?

Each section of the menu had items that came close to brilliance but lacked that one final touch to take them across the line: the 90 percenters. It was a tendency especially prevalent in dishes riffing on familiar foodstuffs. Mezzaluna pasta ($19), a clever take on crab rangoon bursting with mascarpone and Jonah crab, was finished with lemony braised artichokes but cried out for something to take the basic flavor profile and rocket it into the stratosphere: maybe a swirl of chili oil? A touch of smoke? Something. A hearts of palm salad ($12) doing wink-wink Waldorf—apple, walnuts, crème fraîche, bitter greens—will be a revelation for anyone not used to the glorious texture of fresh palm but felt a little on-the-nose, begging for some final jeuje to bridge the time warp. Preserved-lemon gastrique, perhaps?

The more I’ve thought about O + R, the more I find similarities to the Back Bay restaurant Deuxave. Both are toiling away in a sort of old-school fine-dining mode that doesn’t always appeal to foodies at the cool-kids table. But the rest of us give Deuxave a bye because every last bite is flawless: Chris Coombs is one of the tightest cooks in the city, so who cares what the sell-by date is on a “modernized” French onion soup? Put another way: You can do any style, even period pieces, but you have to nail it to the ground. The bar is higher, fairly or not. 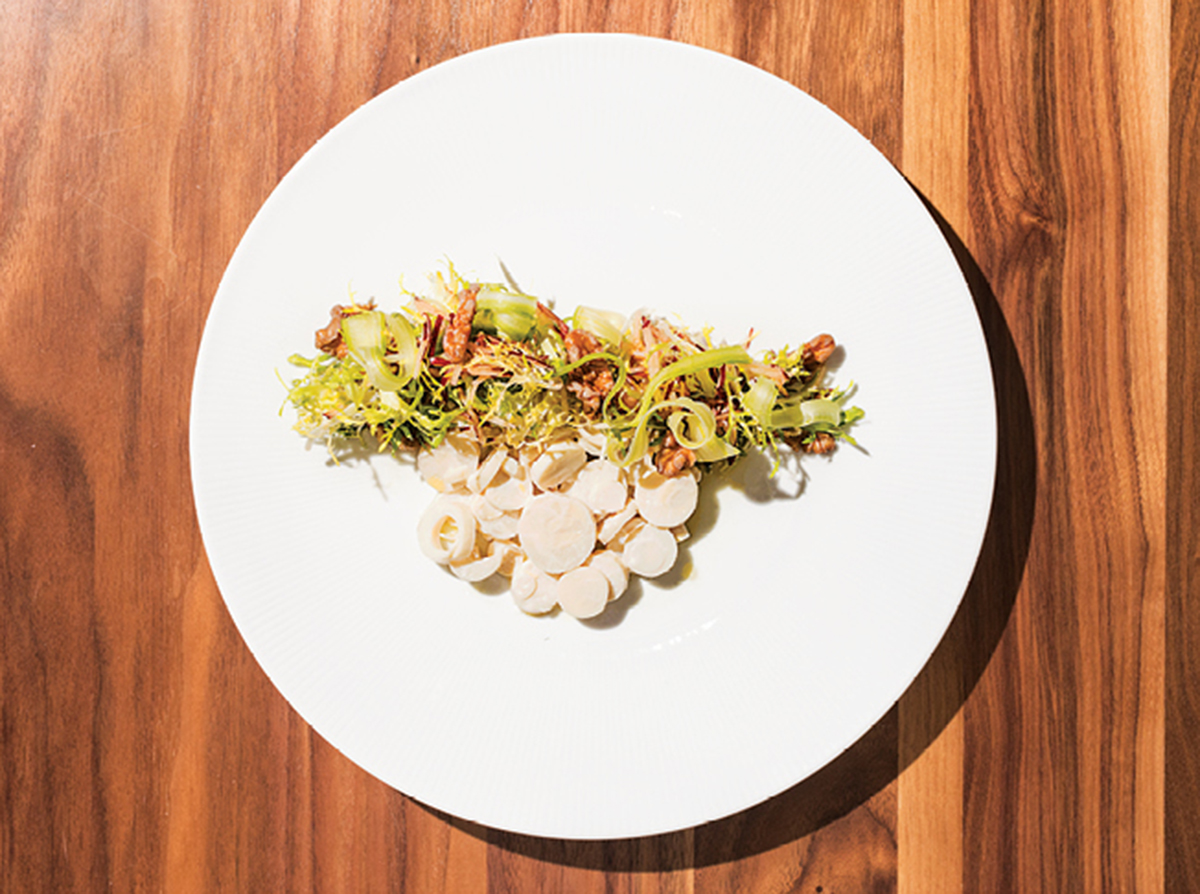 The desserts by Brian Mercury are there already—as are the ornate cheese weirdnesses he’s responsible for. From the yogurt panna cotta to the carrot crème caramel (both $12), they’re masterful, beautiful arrangements of close-knit flavor profiles that, in music, would be notated as chromatic half-steps apart, with beautiful rhythms of intensity and respite.

Service, however, was a bit more unpredictable. One night, a guest of mine asked for his sirloin ($44) to be cooked a shade further. No problem! To tide him over while the rest of us dug in, the kitchen sent out nothing less than a beef tartare ($13). That’s right. They gave him raw steak…on the house. (It was delicious, and we had a good laugh.) On the other hand, service on my third visit wasn’t just good—it was this-is-the-actor-we-use for-waiter-training-videos good. Wacky stuff.

In sum: O + R ain’t from around here. It practically reeks of outsiderness. And if there’s one thing Bostonians do well, it’s embrace outsiders immediately and uncondi—only kidding! We’re awful! But by the same token, once you’re in, you’re in. Vice-grip loyalty is one of our finer moves.

There is a lot of love in the food at Oak + Rowan. From purely a personal-taste perspective—in a way wholly unrelated to the dish-by-dish scorecard, to the number of stars—I like it. It’s like when that out-there track on some playlist you made last year for a different audience comes on and you cringe for a half-beat, then let it roll over you. It’s fine to embrace the fringe, the unfamiliar, the utterly cornball, even. The outsider with the heart of palm.

And I don’t mean that in a bad way.