From deep dives into cognac and mezcal, to sherry and cheese pairings, and a New England cocktail bar "State Fair." 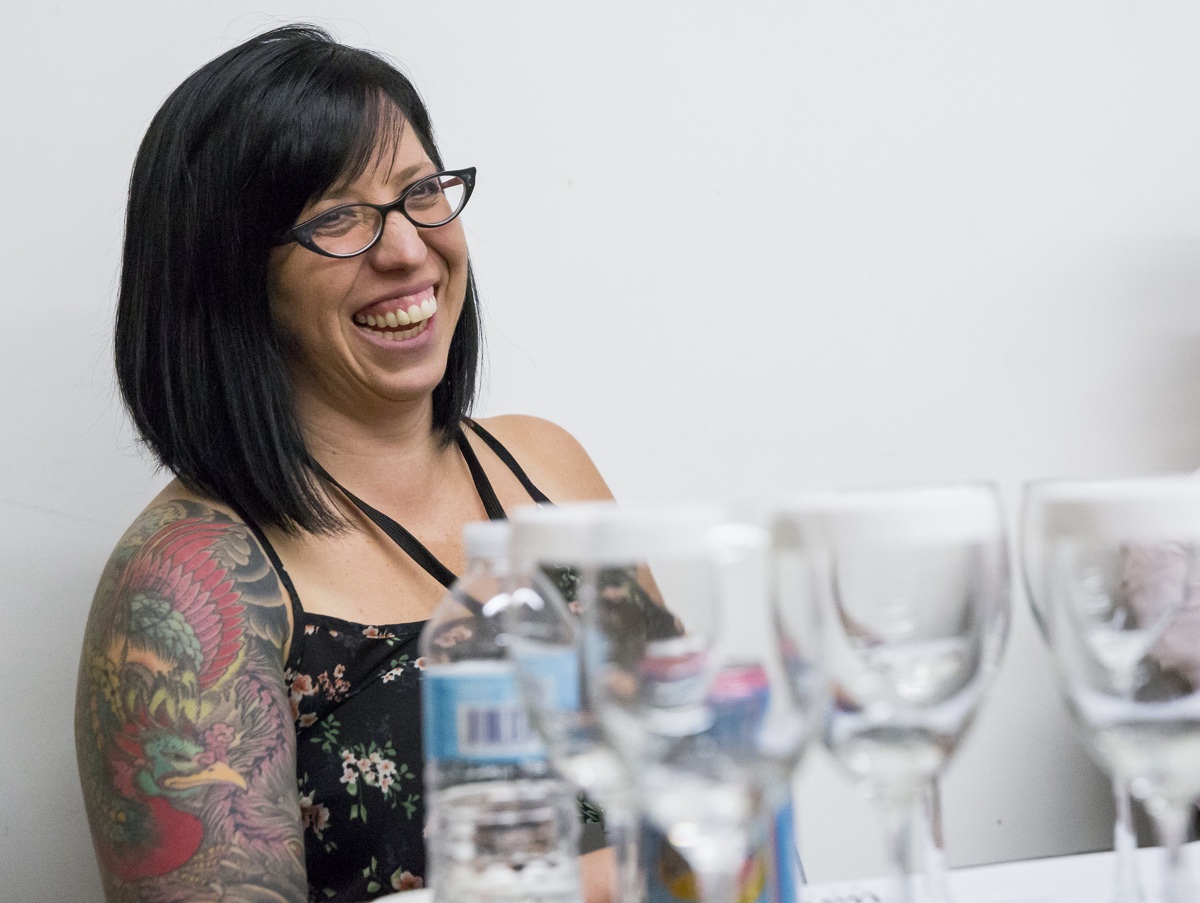 Misty Kalkofen discusses “Mezcal and Beyond” during Thirst Boston 2016, held at the Boston Center for Adult Education (BCAE). / Photograph by Caitlin Cunningham

It kicks off Friday night with a fête of drinks from around the globe. Japanese highballs, Mexican Palomas, London-style brambles and more are set to a late-night dim sum feast from the Shojo team during Cocktail Atlas. Located in Shojo’s speakeasy-style events room accessed through old-school sibling spot China Pearl, “It’s going to be fancy, fun times,” say Thirst organizer Maureen Hautaniemi.

Make sure you hydrate, because Saturday and Sunday are not going to let you rest.

“We have a bunch of classes focused on an overall view on a category—cognac, mezcal, and a great intro to amari,” Hautaniemi says.

Demystifying Cognac is lead by Drink bartender Ezra Star on Saturday afternoon. A frequent visitor to Paris and a cognac enthusiast, Star is bringing together five world-renowned producers for this a guided tasting and history lesson.

“A lot of times, you’ll hear from one producer about how their product is amazing,” Hautaniemi notes of typical spirit education opportunities. “They’re there to compare and contrast across the entire cognac category.”

After that, take on amari, digestifs, etc. in the Golden Age of Bitters. Whether finishing a classic Manhattan or adding body to a low-proof cocktail, a variety of bittersweet liqueurs are playing a big role behind bars around the country. Sam Treadway, general manager of the venerable Backbar, leads this discussion with a brand meister of Jägermeister, a co-founder of Tempus Fugit Spirits, and more esteemed panelists.

That night, the State Lines New England-wide cocktail crawl takes on a new format this year (tickets are $25). Instead of bartenders from the likes of the Portland Hunt & Alpine Club, Portsmouth’s Moxy, Highland Brass Co. in Connecticut, and more taking up the stick behind bars across Boston, they’re coming together at a state fair-themed tasting palooza in the Seaport. Bars in all New England states, as well as New York, will be represented.

“When I first dreamt of State Lines, it was something like this,” Hautaniemi says. After three years of building her arsenal of participants, “This is finally the event I really wanted to throw.”

On Sunday, start fresh with Low-Proof Libations. Kevin Mabry of Capo will be joined by a panel of spirits professionals as he leads a discussion on this trendy style of drink-making, in an effort to prove that low-proof does not mean watered down. “Low-proof cocktails are just the latest iteration in a storied history of cocktail movements embracing cordials to add depth and balance to everything from fruity tiki potations to bitter boozy beverages and beyond,” Thirst organizers say.

Make time for the seminar Hautaniemi is most looking forward to: Fondues and FonDon’ts, a class pairing cheese with sherry.

“Sherry is an incredibly delicious fortified wine, and it’s also a great cocktail ingredient. I can usually pick out a sherry cocktail on the menu and know it will be low-proof, and savory. Those are my favorite,” she says.

Other interesting sessions are also taking place during that block of time. Defining Craft comes with tastes of small-production brands like WhistlePig, Barrell Bourbon, GrandTen, and Junipero. The Townshend pastry chef Kate Holowchik, who moonlights as a bartender, takes about the overlap during Sugar, Sugar. And Misty Kalkofen, a Boston bartending legend who now works for Del Maguey, joins other mezcal representatives to talk about the spirit that truly exhibits Mexican terroir. The conversation will delve into the history and geography of mezcal, as well as the culture, language, cuisine, and even politics around it.

Once again, a frozen drinks throwdown caps off the festival, but this year’s Blender Bender has a twist: It’s a gender bender. Teams of bartenders dressed in drag are mixing things up at Whiskey Saigon, and a portion of proceeds from the party (tickets are $55) will go to BAGLY (Boston Alliance for Gay and Lesbian Youth).