The veteran restaurateur on his culinary start as a dishwasher, what music is banned in his kitchens, and his laundry list of kitchen nightmares.

Welcome to Table Talk, a series where we get to know your favorite local food industry professionals. 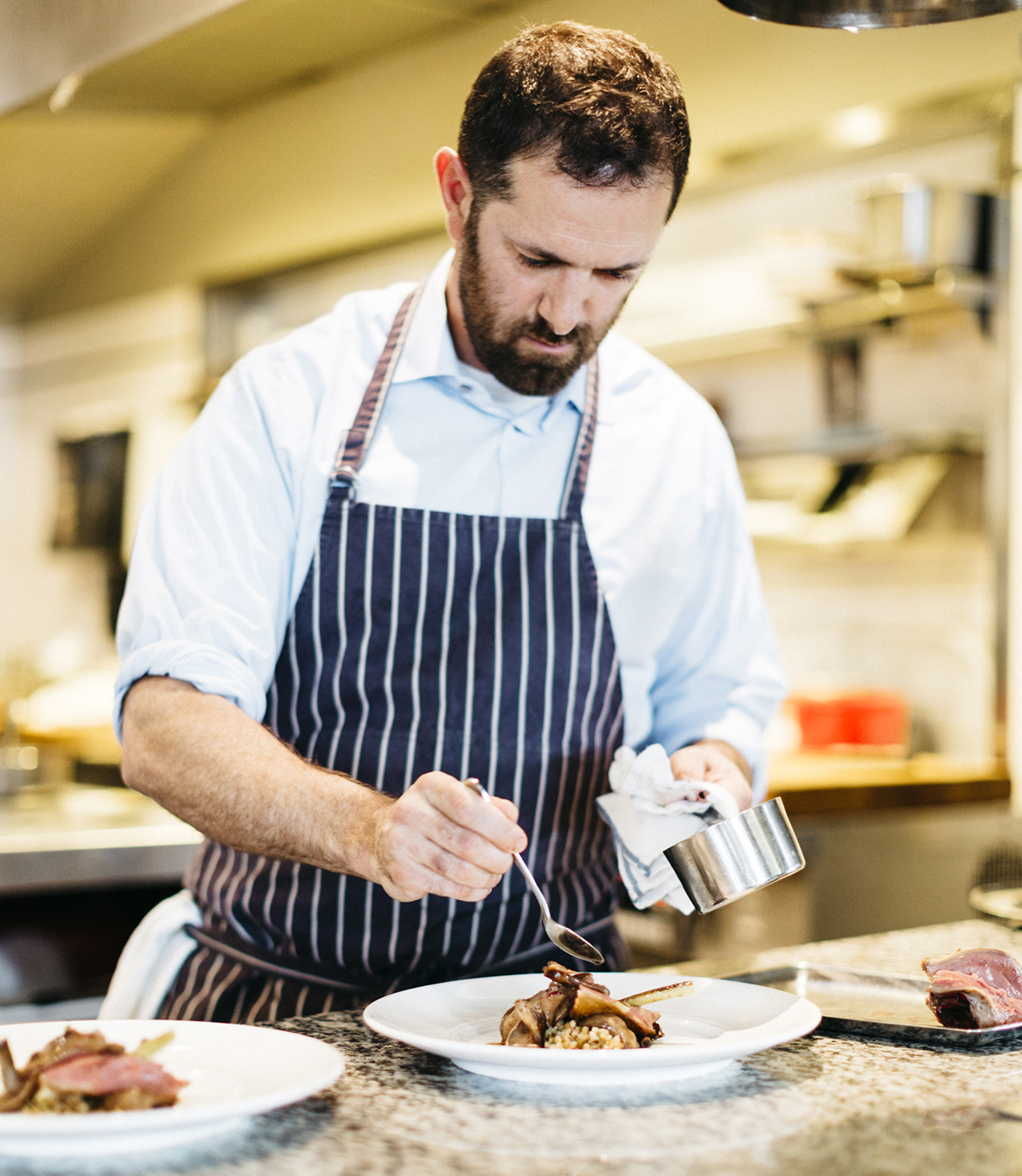 Tony Maws doesn’t have a favorite ingredient. As the chef and owner of Craigie on Main in Cambridge, he does have a knack for diverse and meticulously crafted plates, which have earned him accolades like Best Chef: Northeast in 2011 from the James Beard Foundation, among others. But hop up to his second venture, the Kirkland Tap & Trotter in Somerville, and the menu leans another way: rice bowls, no-frills hot dogs, and a pile of steak tips and eggs for brunch. Through careful execution of the classics and the cutting-edge, Maws has shown time again that no dish or ingredient is off-limits in his kitchen. And for him, that keeps things exciting.

What kitchen tool have you worn out at the restaurant?

All of ’em. You name it, we’ve worn it out. Nothing out of misuse, but we’ve been fortunate enough to cook a lot of food. And [that] means we’ve prepared a lot of things. Our meat grinders have had parts replaced, food processors; my knives have gone through many iterations. There’s not a single thing in our kitchen that hasn’t been redone, modified, tweaked, or whatever.

What music do you play in the kitchen?

It’s random: I really try and let my staff have a say. It’s more that there are certain things that are absolutely forbidden. There are a couple of bands that are not allowed to be played in my restaurant. I’m not a jam band guy, so anything having to do with Grateful Dead, Phish, Dave Matthews Band. And then, just out of pure cheesiness, Jimmy Buffet. You want to see my mood sour really quickly, just do it: I freak out [and] go into convulsions.

I have seen some crazy shit. I wouldn’t ever want to compare anyone’s pain [laughs]. I couldn’t say there’s been one worst. I, myself, have fallen into a bucket of stock and ended up in the hospital. I’ve watched people’s hands get mangled in our [pasta-maker] because they didn’t read the instructions. I’ve seen digits removed, I’ve watched fry oil get poured on someone. We take every single precaution, and inevitably these things happen because they’re mistakes, or, in that brief moment, we have a completely misguided sense of optimism.

When did you realize you wanted to be a chef?

People obviously ask me this all the time, and I’ve never come up with the big answer. It wasn’t cool to be a chef when I was growing up. There weren’t any shows, blogs, none of [that]. I ended up in restaurants at 15 because I needed a summer job. I got a job as a dishwasher because of the resume I wrote, and I thought it was the best gig in the world. I also enjoyed the half-eaten lobster tails I finished, and the little specks of wine left in the bottle that I finished, too.

But I never had a vision that that’s what I would do—I just thought it was a lot of fun. I had some real jobs, but I was miserable, so I kept falling back into restaurants and waiting tables. I was always hanging out with kitchen guys, and asking questions about food, and one day, the chef at this restaurant looked me and said, “Why aren’t you cooking? You talk about food, you’re always around; you’re a cook. Why aren’t you cooking?” I didn’t have an answer for him, but the lightbulb went off.

If you could collaborate with anyone locally, who would you want to work with?

My grandmother, but she’s no longer alive. That’s the only person I would ever, ever, answer for that question. She never got to see what I’ve been able to do, and taste the food I’ve been cooking for all these years. I understand the reality, but man, if there was ever a time I could spend another day in her kitchen, as who I am now, that would be my mic drop. I’d be done.

If you could grab coffee with anyone, who would it be?

Where would that list even begin? I don’t know, one of my teachers from high school. Or, Jeff Tweedy from Wilco. God, there are so many people I would just want to sit with and listen, and not even do anything.

If you could travel anywhere, where would you go?

The two places that are highest on my list right now are Vietnam—I haven’t been yet and I’m dying to go with my family—and Corsica. When we travel, we like to combine the things we’re interested in. We love history, culture, the food, the scenery.

Cuisine-wise, where do you want to go that you haven’t already?

I went to Israel in my 20s, but I wasn’t thinking the same way about food. I’m Jewish, so there a lot of things I’m curious about there. And Persia, what we now know as Iran and parts of Iraq: I think the food and flavors there are fascinating and I’d like to learn more about them.