This Somerville Juice Shop Is Making a “Unicorn” Smoothie

Made with frozen fruit and unsweetened coconut flakes, it's a healthier take on the Instagram craze. 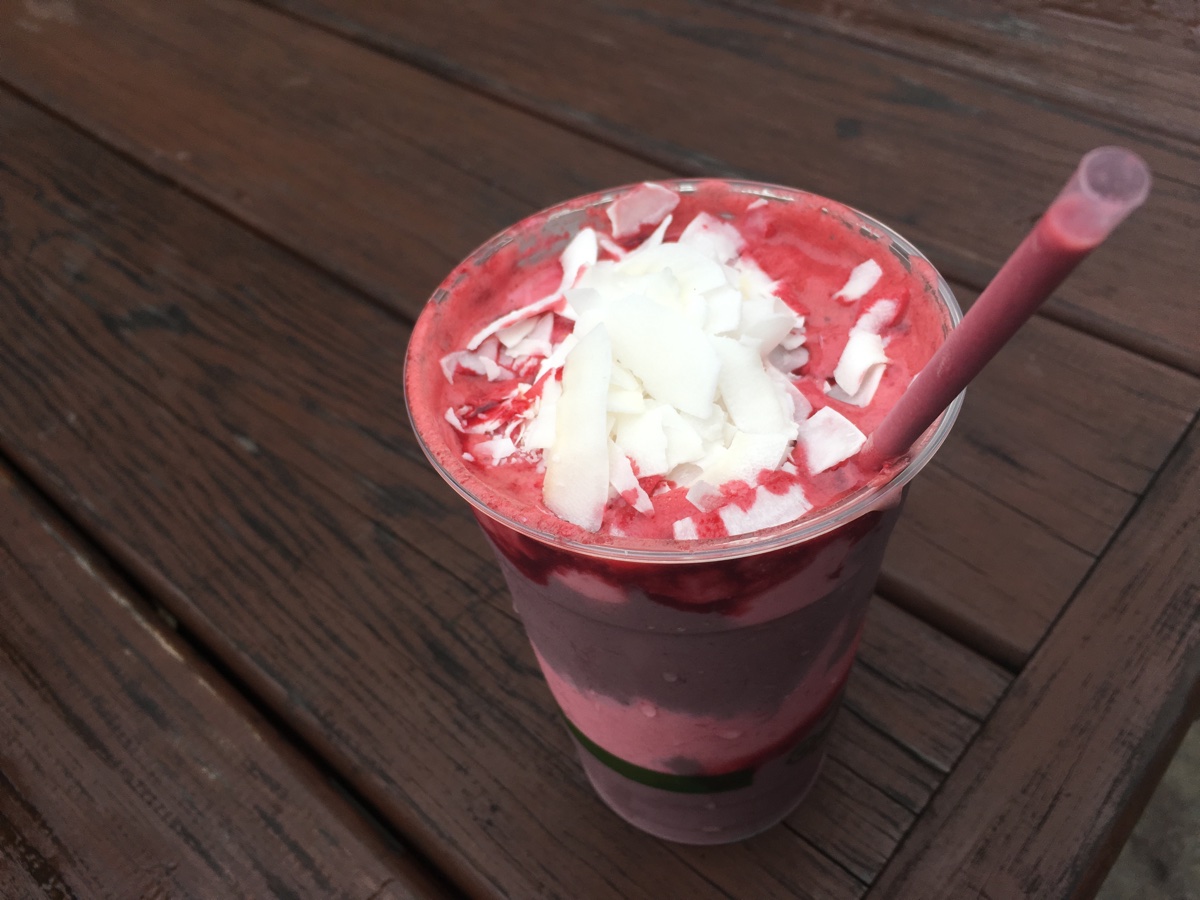 The Juice Union in Somerville made a magical strawberry-açai smoothie. / Photo by Jacqueline Cain

When the team at the Juice Union noticed a pink-and-purple pint making the waves on Instagram last week, they did a little research and development. Employee Elijah Ball ordered one and had it delivered to the Somerville shop.

But with 59 grams of sugar per 16-ounce serving, the Starbucks Unicorn Frappuccino® Blended Crème drink might not be worth the Instagram likes. Yesterday, the Juice Union manager Jess Jepson suggested the team try to recreate a healthier version, general manager Phil DeSisto says.

They added soy milk, but kept the components thick so they would layer on top of one another while staying separate. Instead of whipped cream and glittery sprinkles—neither of which the Juice Union carries—they topped it with shaved, raw coconut. While the strawberry-banana smoothie still clocks probably upwards of 20 grams of sugar, DeSisto estimates, he notes it’s all unrefined sugars from natural fruits.

“We don’t have that blue stuff they got, either, engine coolant or something, so I just juiced beets and poured that in,” he adds, which gives the drink a magical-looking accent as it bleeds into the rest of the smoothie.

Like the infamous inspiration, it takes several minutes to make. When the Juice Union shared it on Instagram last night, it was just for fun, DeSisto says. But then a reporter popped in this morning asking for one, and he realized it might take off.

“It’s all about exclusiveness,” DeSisto says. “Starbucks, they’re smart. They know how to market the thing. It could have 700 grams of sugar; it doesn’t matter. If it’s just for a limited time, people will rush to get there.”

While the Juice Union is not calling it a “unicorn” drink, DeSisto will make the smoothie for people who come in and ask for it, he says.