The second location will not be the Gallows Group's last. 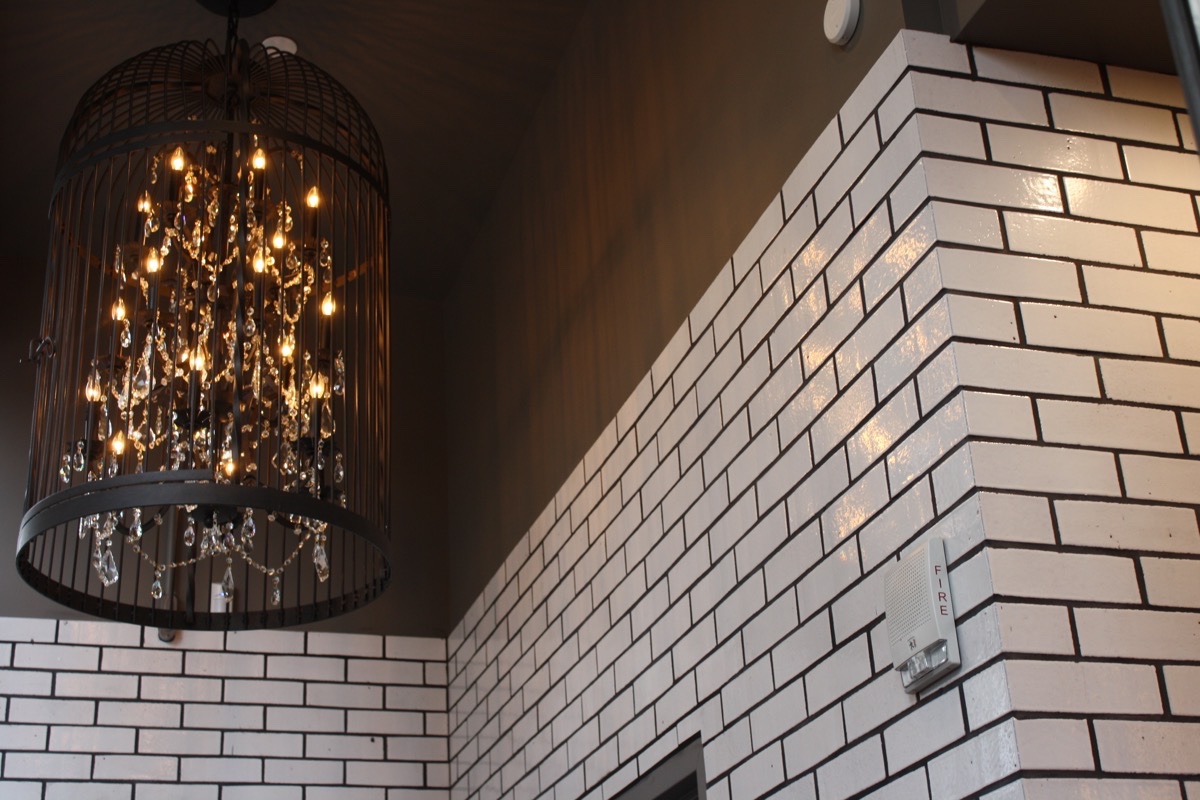 The latest Blackbird Doughnuts has the same cage chandelier as the original location in the South End. / Photos by Jacqueline Cain

Plan to pregame future Red Sox games with decadent doughnuts—Blackbird Doughnuts opens its second shop in the Fenway neighborhood on Monday, May 8. Adele’s favorites—the Boston cream bismarck—plus Rooftop Honey-dipped, everything bagel doughnuts, and more gourmet rounds will be on the menu, plus some unique neighborhood offerings.

“We’re trying to keep everything as similar [to the original], with a couple exclusives at each spot so there’s something unique to try,” says Anna Perna, head baker, chef, and partner at Blackbird.

In Fenway, that will include a to-be-finalized, baseball-themed doughnut, of course, as well as cold-brewed iced coffee on draft. The custom, Fazenda Coffee Blackbird Blend will also be available hot, like it is in the South End.

The new location will offer made-to-order ice cream sandwiches, like its sibling cafe. But the narrow, 300-square foot Fenway location won’t have vanilla, chocolate, and twist soft serve cups and cones; there’s just not the room for it. All of the doughnuts and ice cream discs to fill the sandwiches will be made fresh daily in the South End, and trucked across town throughout the day, Perna says. Doughnut cake production will stay in the South End, too. (Yes, doughnut cakes. When’s your birthday?)

The Gallows Group, which is behind the eponymous South End gastropub and Banyan Bar + Refuge in addition to Blackbird, worked with Samuels & Associates to move into the fast-growing neighborhood. When the team first toured the skinny storefront around the corner from Target (and the soon-to-open Eventide Fenway), it felt like home, Perna says.

“Nothing had ever been in it before; it was just a raw concrete floor, studs, and insulation. But there was a footprint of a nook, like what we have in the Tremont Street shop, that was reminiscent of that, and we thought it was a sign of fate,” she says.

Contractors built the nook out with white-painted brick and a graphic “Blackbird” sign. The shop also features familiar-looking white subway tiles, and it will have a black-framed chalkboard menu (it was being installed today). Above the coffee station hangs the same, glamorous birdcage chandelier that’s a focal point in the South End shop.

“We’ve gotten to know a lot of local businesses and lots of neighbors in the South End. We’re very excited to be part of this totally brand new part of the neighborhood” in Fenway, Perna says.

Owner Rebecca Roth Gullo has made no secret about a desire to expand the doughnut brand; she first mentioned a second location was officially in the works four months before the first public documents suggested it would be in Fenway.

“We have a great team of bakers and counter staff, and we just added some new faces. Everyone is awesome and is really involved in this process,” Perna says. “This is No. 2, but it’s definitely not the last one.”

Blackbird Doughnuts will be open daily in Fenway, from 7 a.m.-6 p.m. Monday through Friday, and from 8 a.m.-6 p.m. on the weekends. 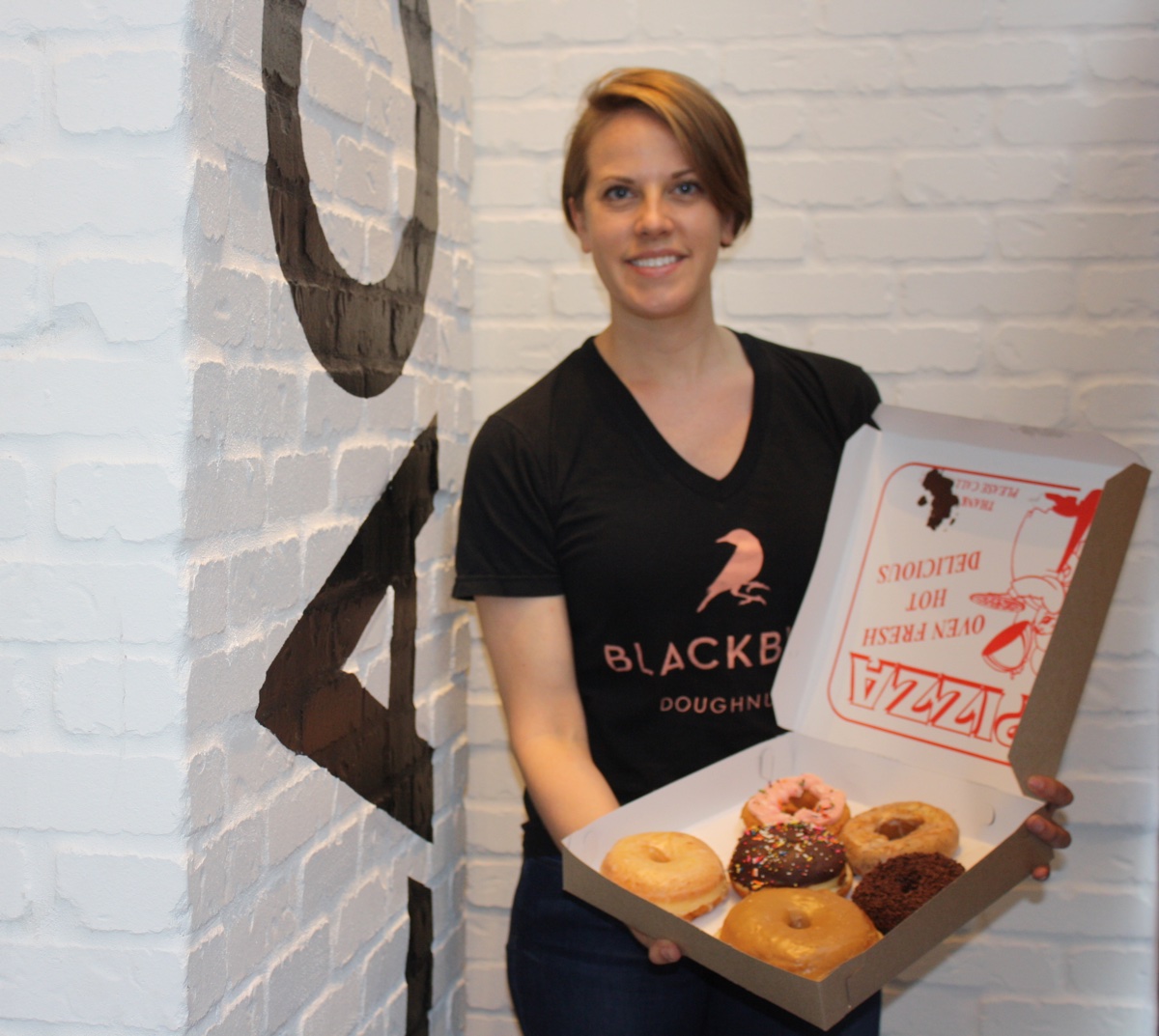 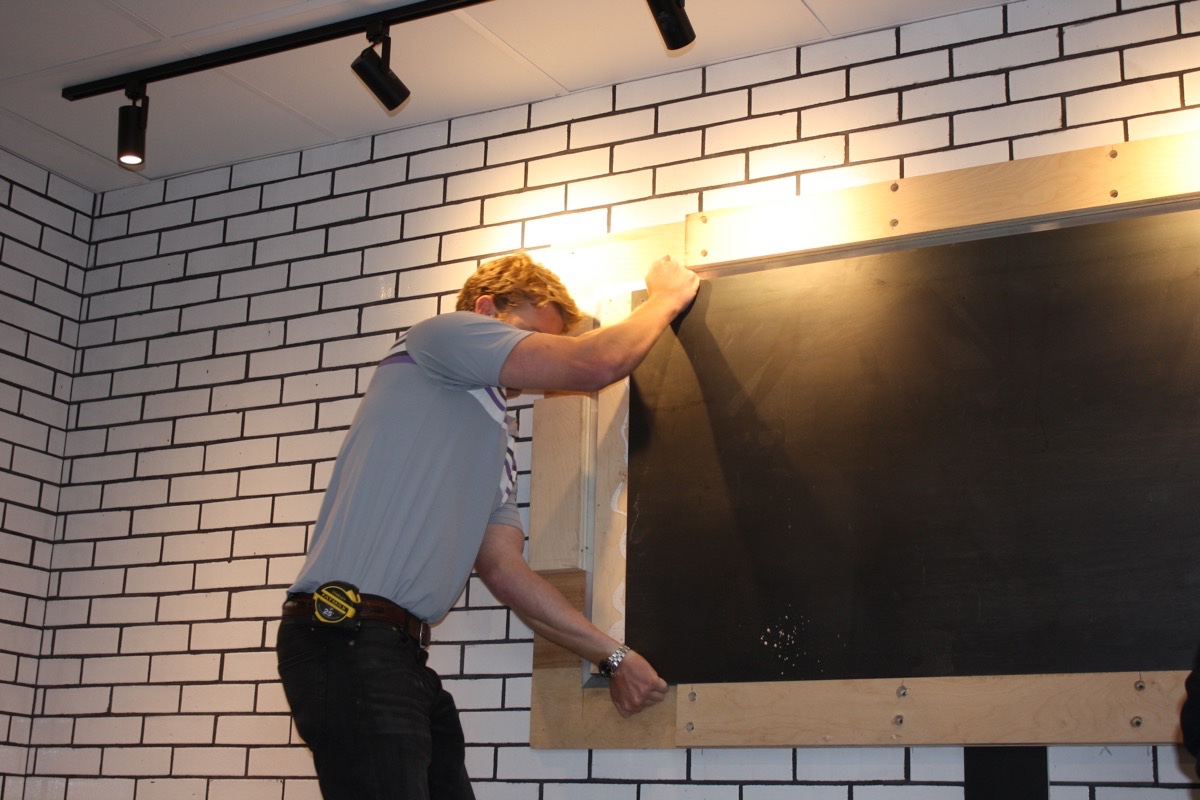