Eventide Oyster Co. Is Shipping Down to Boston

The owners of Portland’s wildly popular seafood spot are bringing a new casual seafood restaurant to the Fenway this summer. But has Boston reached peak oyster? 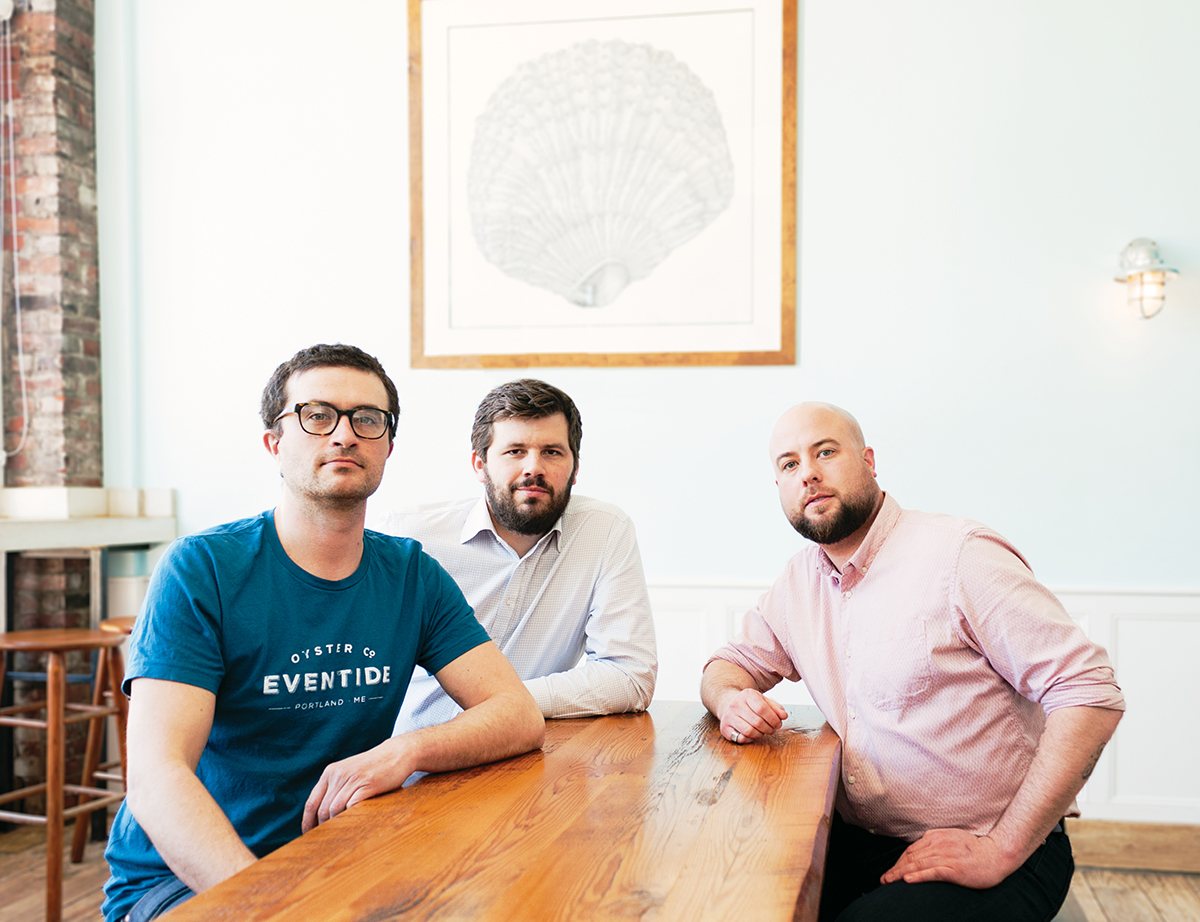 It’s almost 8 p.m. on a frigid Sunday in March, and not a seat is left unclaimed at Eventide Oyster Co. in Portland, Maine. Locals drain pints of Allagash at communal tables while out-of-towners ogle Pemaquids and Glidden Points sitting on ice in a carved-out granite rock on the bar. Over near the windows, a couple from Boston orders another round of scallop crudo—and one of the restaurant’s trademarked brown-butter lobster rolls.

Drawing on a combination of culinary talent, business acumen, and self-described luck, chef-owners Andrew Taylor and Mike Wiley and co-owner and general manager Arlin Smith created an instant hit when they opened Eventide oyster bar in 2012. With all of their success—from James Beard Foundation nods to three- to four-hour wait times in the summer—soon came the inevitable question: “When are you opening in Boston?”

Five years later, the answer is this summer. By August, the trio hopes to launch Eventide Fenway in the newly constructed Van Ness building. But with their home base two hours away and plenty of high-end seafood restaurants already well established in the city, they’ve opted for a fresh approach—fast-casual.

Their popular lobster roll will be offered in Boston. / Photograph by Robert Paniconi

The Fenway project, their first outside of Portland, will not be an oyster bar, they say, but a quick-service seafood spot with a high-tech digital menu board and a pared-down selection of “Eventide favorites,” including Maine and Massachusetts oysters, a peekytoe crab roll, and green-curry-flecked lobster stew. In contrast to their full-service Maine restaurants, diners will wait in line to order, pick up food on compostable plates, and then clear their own tables. Want another glass of brut rosé before you leave? A single server will rove the dining room with a handheld point-of-sale system to take additional requests. “On the one hand, it’ll have all the trappings of a fast-food joint, but we’re offering luxury products,” Wiley says. “That’s something different.”

Taylor, who likens the concept to the classic clam shacks that dot the New England coast, says the streamlined service model is a way to keep food quality high while maintaining the team’s three Portland businesses, including fine-dining spot Hugo’s and noodle bar the Honey Paw. “The labor it takes to open a full-service restaurant is kind of daunting,” he explains. “We just didn’t want to spread ourselves too thin.” With 78 seats but significantly less kitchen space, the Boston outpost will be serviced by a new commissary kitchen in Biddeford, Maine. If it works, the setup could allow the team to scale up, as Joanne Chang has done with Flour and Jody Adams and partners have done at Saloniki.

While some might view serving high-end food in such a casual environment as a risky move, the trio doesn’t see it that way. “In the summer, we get people who order food to go, then wolf it down within 25 feet of the door,” Wiley says. “This should make it a little more comfortable.”